Mazen Muna, owner of Plum Lounge and The Dogg Haus, announced today that he has signed a lease on the space adjacent that was formerly home to Peking House at 782 N. Jefferson St.

Mazen Muna, owner of Plum Lounge and The Dogg Haus, announced today that he has signed a lease on the space adjacent to Plum at 782 N. Jefferson St.

Muna says that the 5,200-square foot space, which was formerly home to Peking House, will be modified to accommodate two concepts, both of which will share a large 2,000-square foot kitchen. 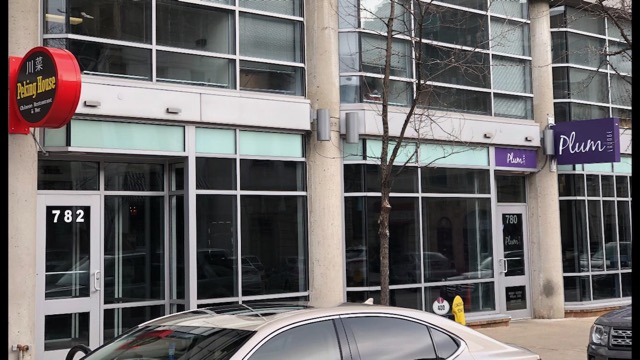 One of the concepts will be The Dogg Haus, which will relocate from its current space at 790 N. Jefferson St. into the northern portion of the new space.

Muna says the relocation will allow expansion of the restaurant, which currently accommodates only 16 diners, to include 45 seats. The new Dogg Haus will also feature a number of upgrades, including an exclusive East Town menu, which will include both standard favorites as well as additional items like hamburgers and pizza puffs.

In the southern portion of the space, Muna says he’ll introduce the area to a brand new concept which will feature a combination of both traditional and not-so-traditional Mexican and Latin American fare, including (but not limited to) tacos. There will be a number of core items, he says, along with seasonal specials that will be posted on a chalkboard in the restaurant.

Although the menu is still in development, he says it will include items like a Buffalo chicken taco with chicken tenders, Buffalo sauce, blue cheese, ranch and celery along with a falafel-inspired taco.

"We'll really be celebrating global cuisines with crazy, non-traditional but flavorful items," Muna notes, adding that all items will focus on fresh locally sourced ingredients, including meat from area butcher shops and produce from nearby farms.

The bar and restaurant, which has yet to be named, will feature lunch, dinner and late night hours. The bar, which will be fully stocked with tequila, will showcase a curated menu of cocktails developed by Plum Lounge bar manager JC Cunningham. The offerings are expected to derive inspiration from classic cocktails with origins in both Mexico and South America and will feature options including margaritas, Pisco sours, Argentinian-style sangria and caipirinhas.

Muna says the design for both venues will feature clean simple lines. The building’s facade will be removed, and in its place they plan to install a sliding glass door, which will allow an open-air feel to the space during warm months.

"It is my hope and determination that expanding and offering new options to the block, that we continue to build up the East Town and Cathedral Square neighborhood as a destination area," notes Muna.

"I am thankful for all of the neighbors on this block ranging from Elsa’s, Mi-key’s, Louises, Taylor’s, Flannery’s, the Belmont Tavern, This Is It, Whiskey Bar, Bad Genie, Phoenix, Chic Lounge and The Nomad Sport Club. It's an honor to be part of the growth on the street and it’s truly exciting to run three concepts in such an amazing area, surrounded by great operators as neighbors."