While the building has been undergoing interior demolition work, the MAC has temporarily relocated to 735 N. Water St.

Discussions of a renovation plan for the building date back to 2017.

We went inside the Armand Koch-designed building before it closed for this Urban Spelunking story.

Developers J. Jeffers & Co. and Interstate Development Partners announced on Thursday that they have closed on the financing for the renovation project, which will also utilize State of Wisconsin historic tax credits. 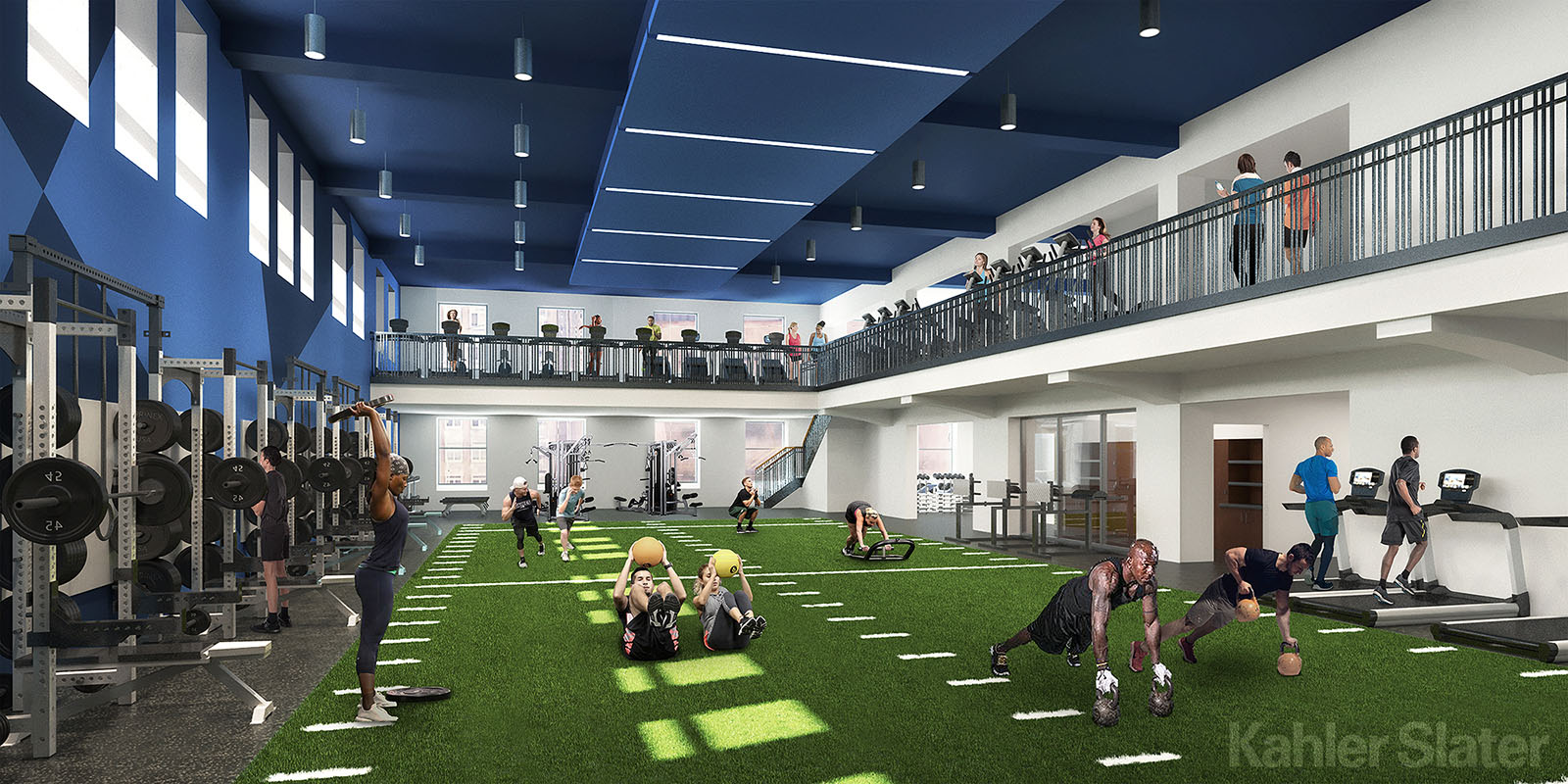 The plan includes redesigning the first floor to make it more open to the street and welcoming to guests.

The planned completion date is now autumn of 2021, Jeffers said.

CG Schmidt is the general contractor on the project and Kahler Slater are the architects.

Amenities in the building include a new rooftop bar and event space, a remodeled The Elephant Room into a speakeasy cocktail lounge, a restored Grand Ballroom, steam rooms, locker rooms, a swimming pool, workout facilities, a renovated basketball court, private MAC lounges, valet parking and a range of food and beverage options.

“For many years, the MAC’s strong and loyal members have considered many options to reinvigorate our Club and reinvest in our facilities,” said MAC President David Kriete. “This is the plan we have been dreaming of and working toward for many years. It accomplishes everything we aimed for and will certainly bode well for our future membership recruitment efforts.

"Current members will have a very special facility of which they can be proud, and new members will benefit from all that we are able to offer, from social and recreational activities to food and beverage opportunities. Under this plan, the MAC is back as a premier destination in Downtown Milwaukee.”

According to Jeffers, the COVID-19 pandemic shutdown halted the project in March, negatively impacting the funding for the project.

“(Our team) rolled up their sleeves, built a new capital plan, and successfully reconfigured and redesigned what was already a complicated project,” said Jeffers.

“When first envisioned in 2018, COVID-19 was not in the budget, and opening the hotel for the Democratic Convention was to be a big splash,” added Interstate President and CEO Tony Janowiec.

“Sometimes things happen for a reason. Now the project does have COVID-19 variables worked into the financial projections, with a stronger, more viable business model than before. It has taken a lot more time and energy from everyone, but in the long run, this will be the best thing for the Club, for the community and for the investor partnership.”

Calling this project, “uniquely different,” Jeffers said the MAC plan, “very similar to other grand projects because it includes many stakeholders. While the journey has been epic, Tony and I are both proud of what has been accomplished so far and optimistic about the future.”