It's a very good time to make a trip to Glass + Griddle. That's because beginning Tuesday, Jan. 14, you'll find a brand new menu of beer-friendly dishes to explore (along with new hours).

The new menu, which has been in development for the past two months, was created for the restaurant under the direction of new F Street Corporate Executive Chef Tom McGinty and new Glass + Griddle Executive Chef Scott Hazelberg. McGinty comes to F Street following five years as Director of Food and Beverage Operations for Destination Kohler, and Hazelberg brings experience gleaned at a variety of Milwaukee area destinations including Lagniappe Brasserie, Black Shoe Hospitality and SURG Restaurant Group.

The resulting list of dishes showcases a collection of snacks and shareable plates, salads, griddled sandwiches and desserts which not only pair beautifully with beer, but strategically incorporate the flavors of Milwaukee Brewing Company selections into a variety of recipes.

If you’re looking for a quick bite, or an appetizer to share, there are plenty of options on the Snacks + Shares portion of the menu, which includes items like tomato soup ($5) and Snake Oil Stout infused house chili ($7), corn crusted cod strips with remoulade ($11) or crispy chicken strips with Louie’s Demise mustard bbq sauce ($9).

Or you could opt for wings (served complete with drummie, flap and tip), ever so lightly breaded, seasoned and double fried. They’re served with a choice of sauces (Louie’s Demise mustard bbq, chipotle and chive; pickled hot pepper butter, blue cheese; G+G dry rub; or Thai peanut with lime and cilantro, pictured). The hefty (tasty) wings are $8 for three, $14 for six or $19 for nine. 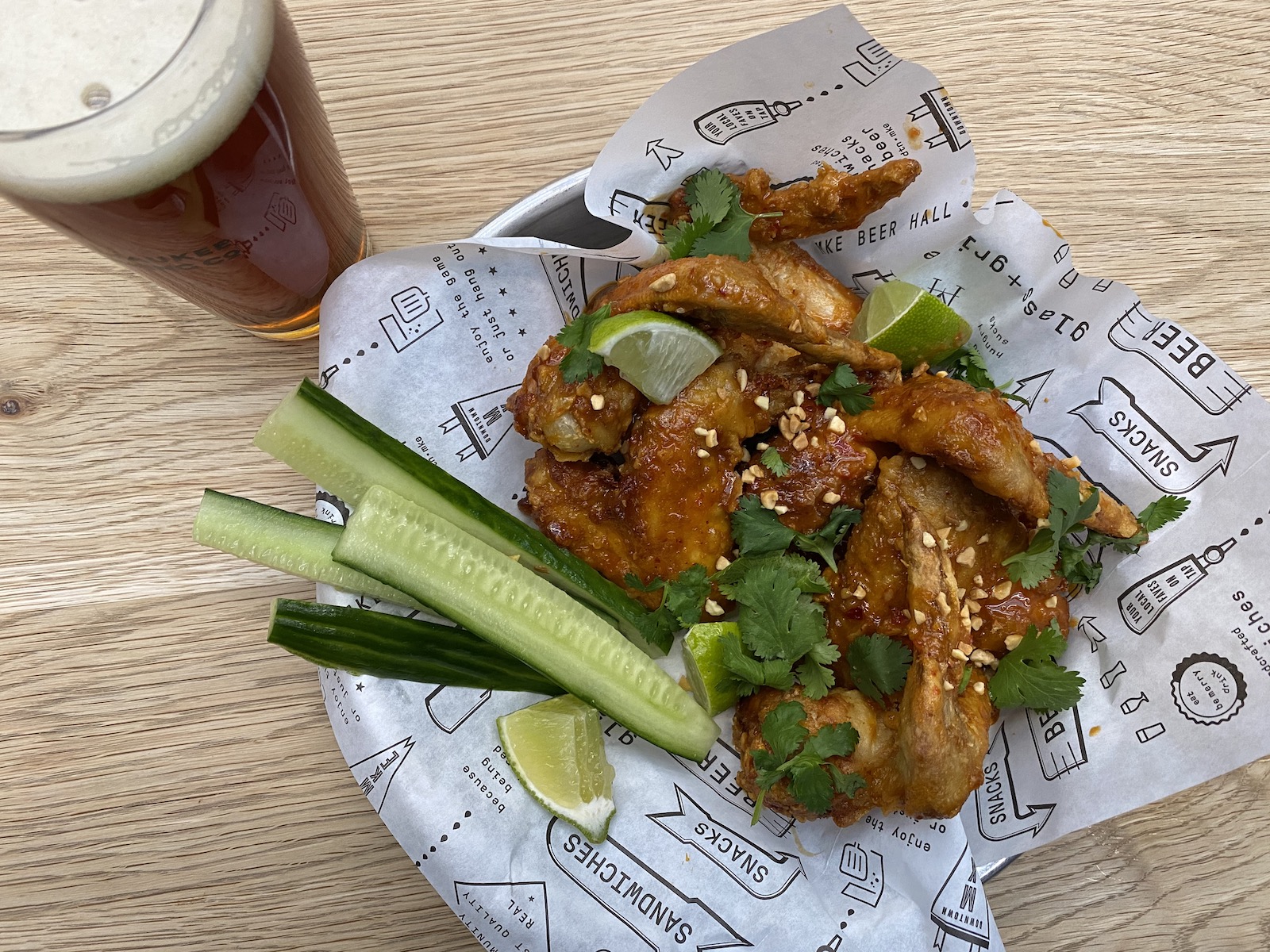 I'd also recommend the tasty brandade, a French spread made from salt cod whipped with Yukon Gold potatoes and garlic and served alongside grilled bread ($11). Be sure to brighten it up with a squeeze of lemon. 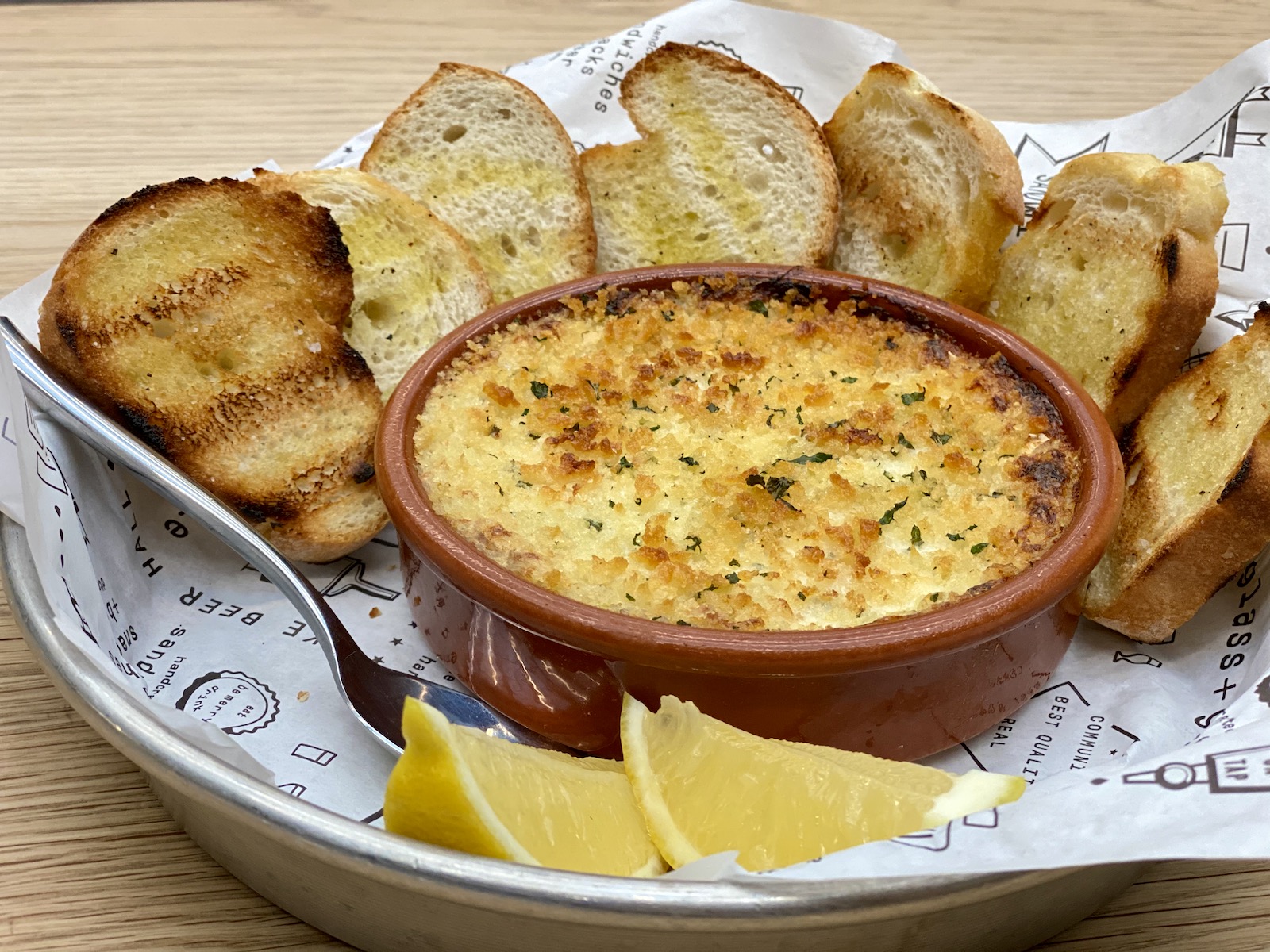 If you're simply looking for a nosh to enjoy with your beer, there’s also a laundry list of snacks like house chips dusted in salt and malt dust and served with green goddess dressing for dipping ($4), crudites with hummus and green goddess dressing ($8) and Double Fisted Onion Rings served with Snake Oil Stout ketchup ($6). You can also share an order of potatchos, house chips dressed up with 2-year cheddar, thick cut bacon, jalapeno relish, scallions and horseradish cream ($13).

Looking at the salad menu might make you feel virtuous, but you won’t be missing out if you order options like the warm cauliflower "Caesar" featuring Caesar dressing coated cauliflower that’s been caramelized to a golden brown, sprinkled with Parmesan cheese and served atop toasted sourdough bread with creamy garlic dressing, chopped toasted  almonds and a whorl of anchovy oil to give it an extra blast of umami ($11). 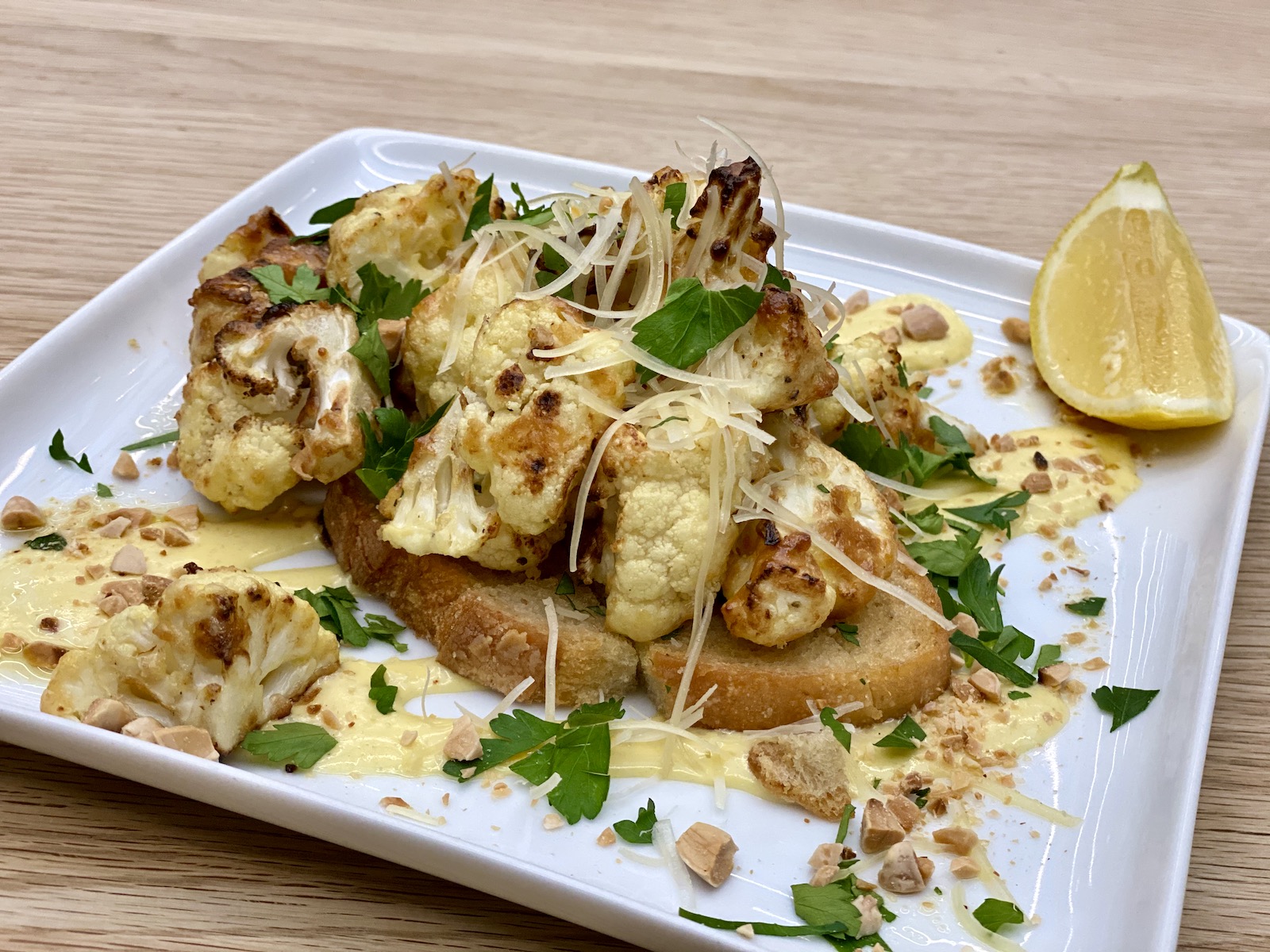 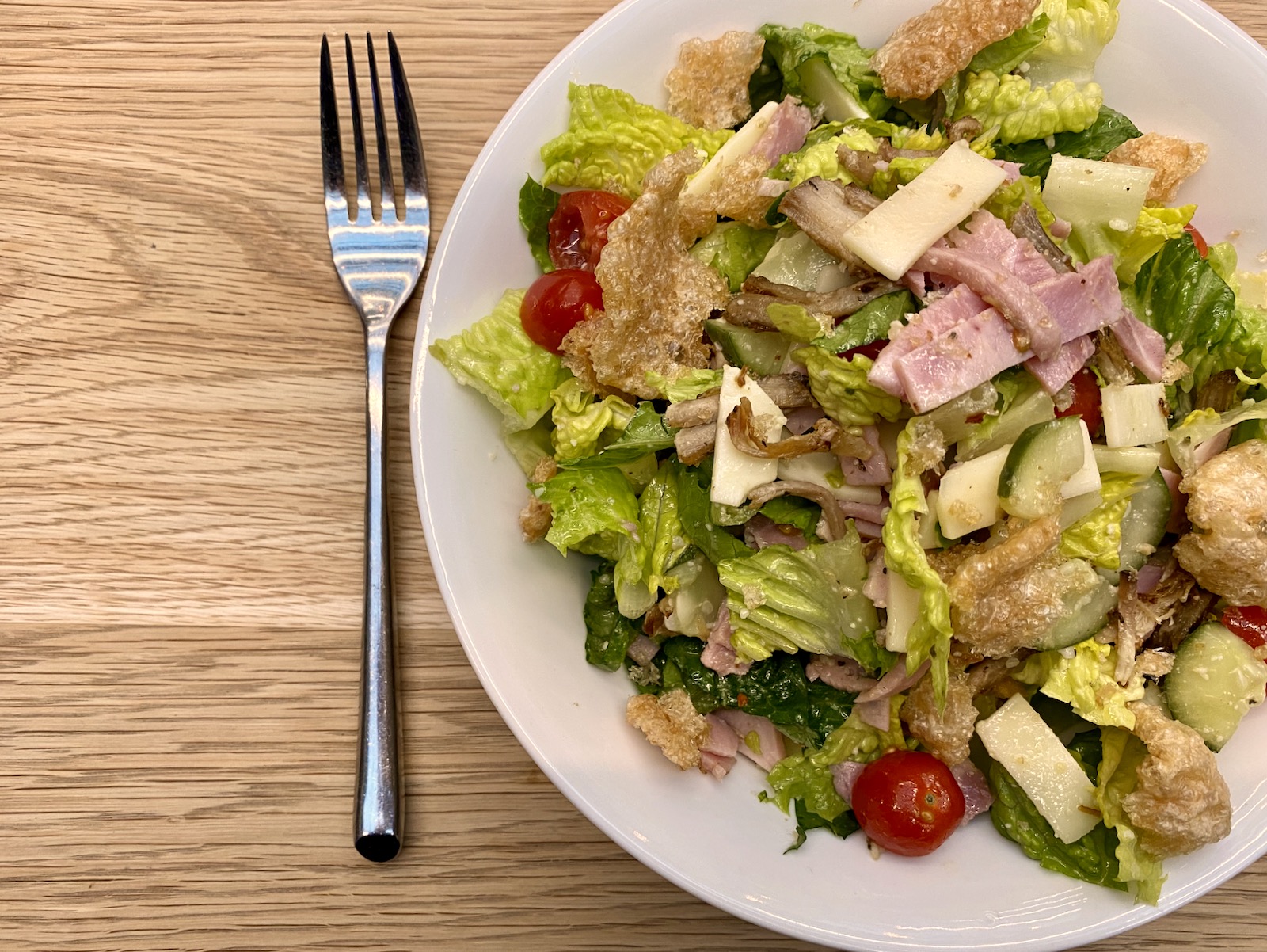 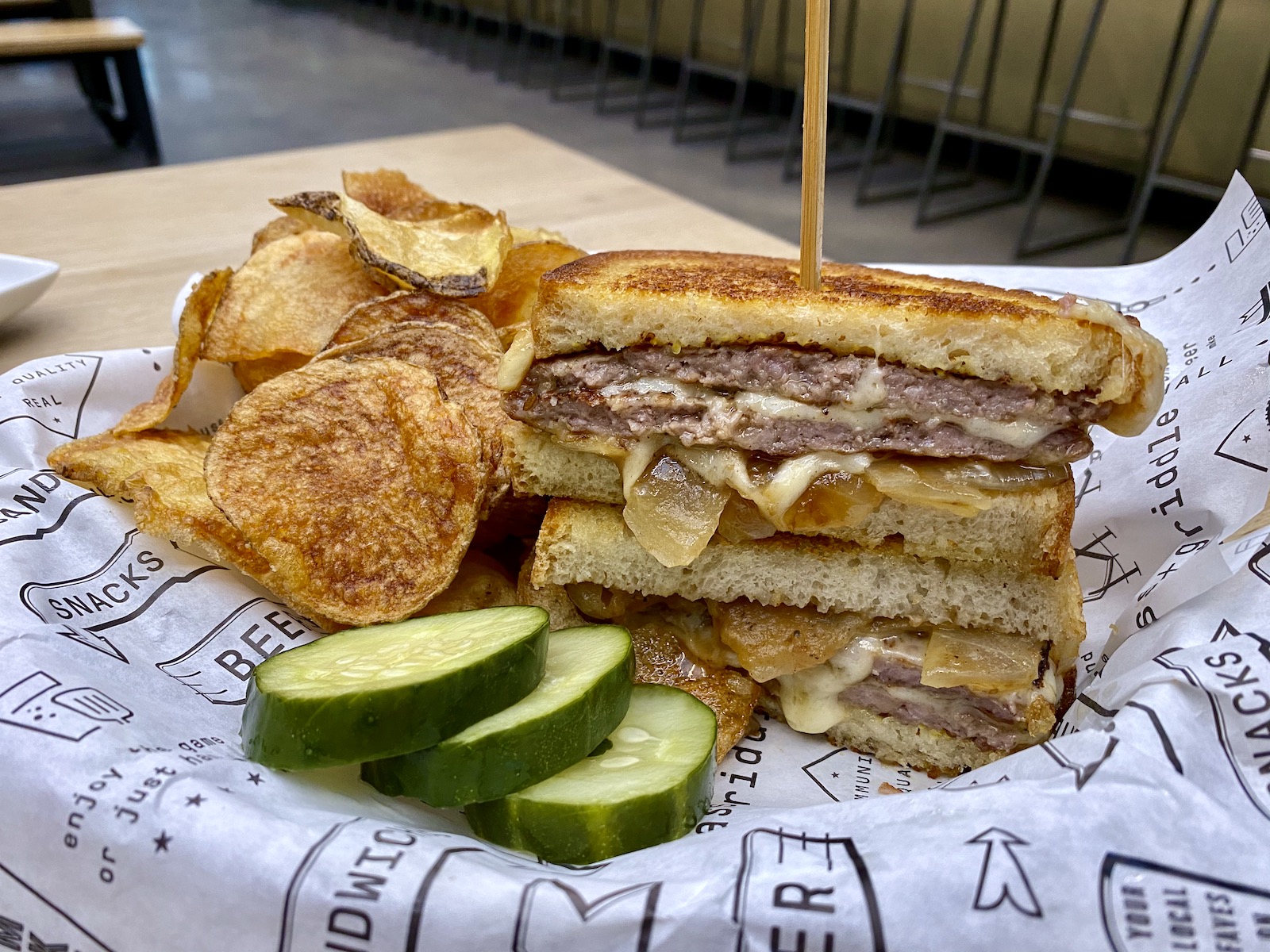 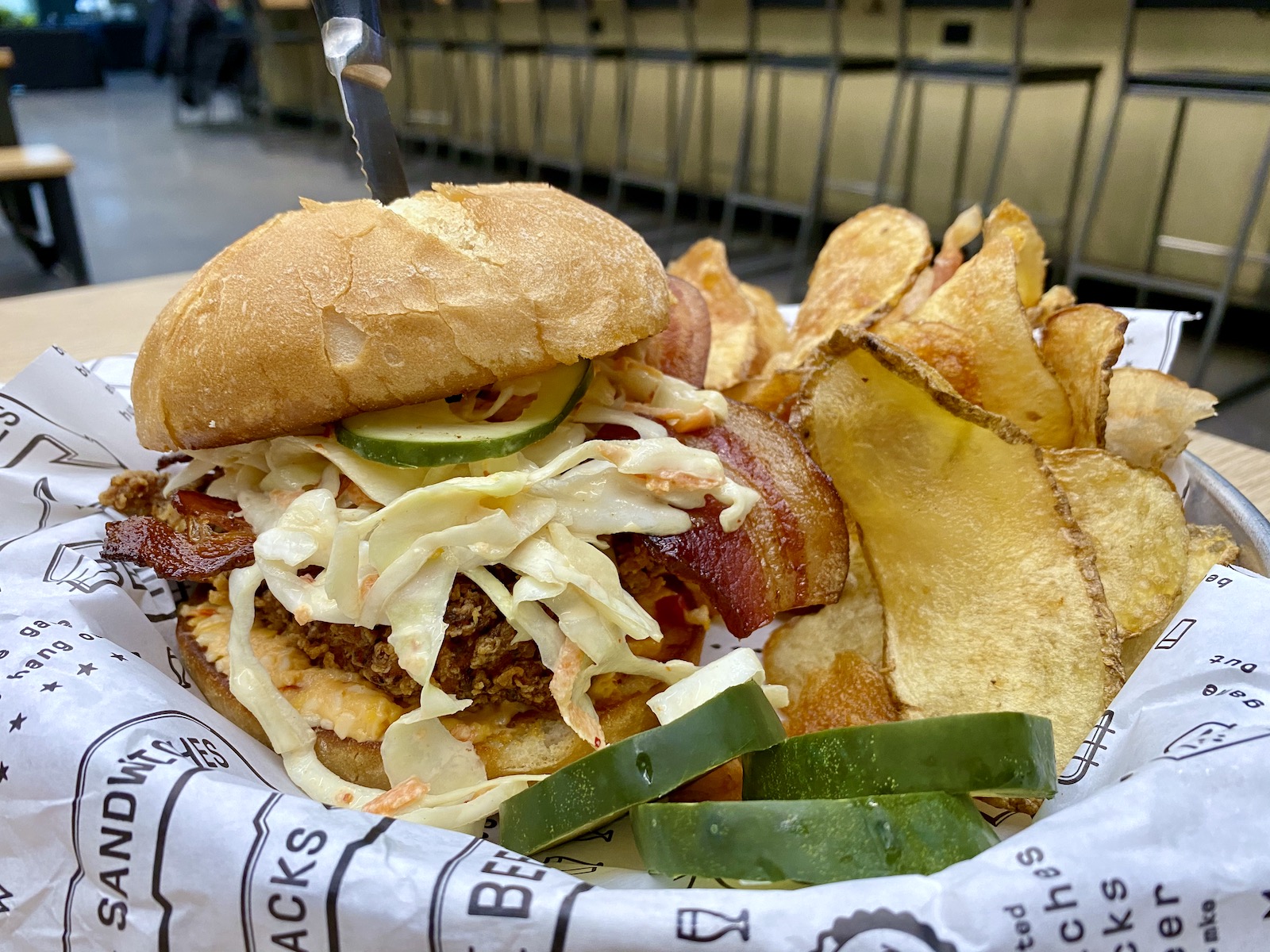 I’d also vouch for the Milwaukee Monsieur, a take on the classic French sandwich made with smoked ham on griddled sourdough that’s been broiled with a topping of cheddar Louie’s Demise fondue on top ($12). 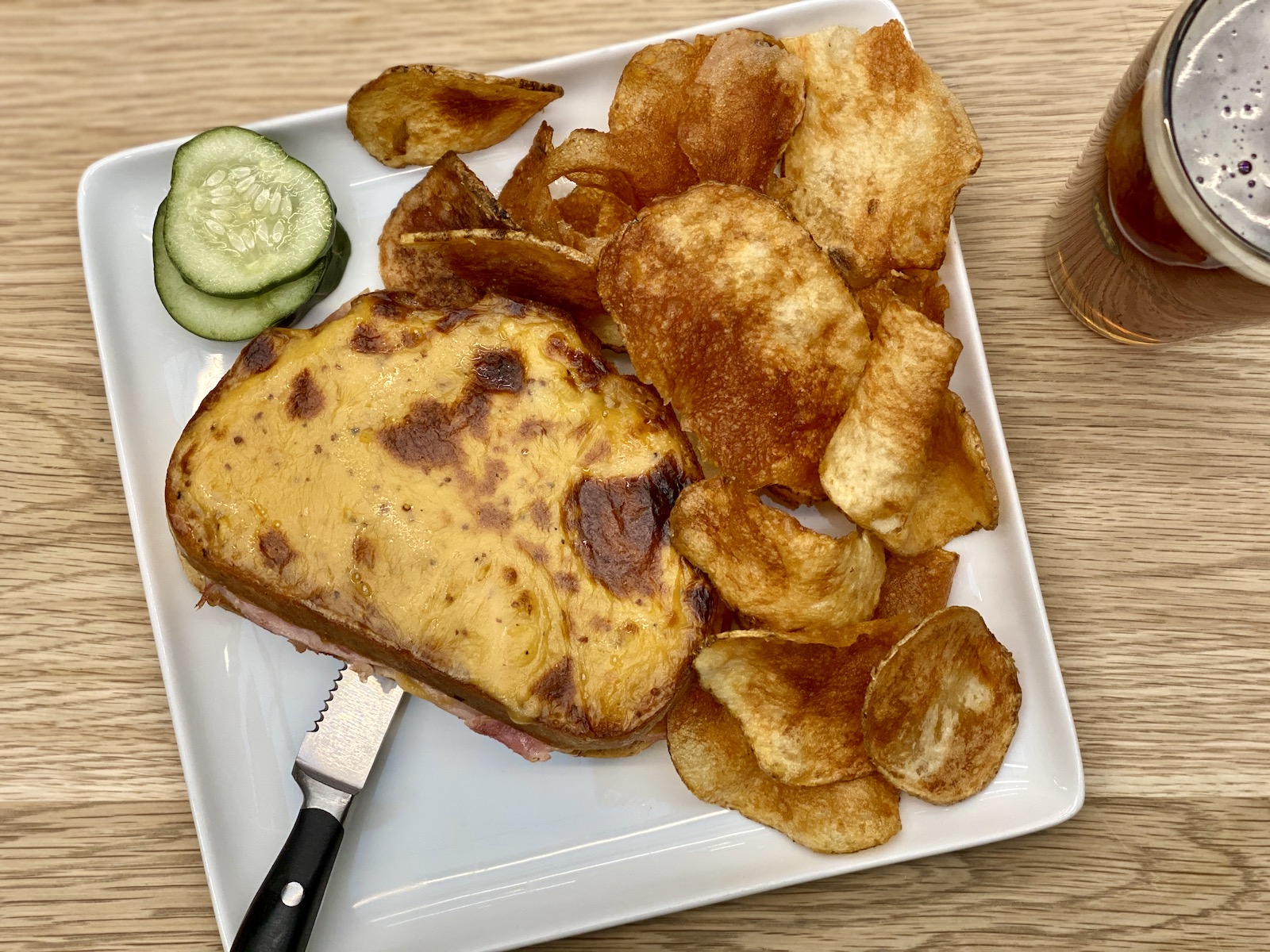 Happy hour at Glass + Griddle is pretty happy. It takes place Tuesday through Thursday from 4 to 6 p.m. and includes half off a rotating selection of two or three chef-chosen snacks.

On Tuesdays, you can grab a $5 G+G Smash burger and $9 Manhattans; and Sundays are for sour brews with half-off every selection on the sour beer list.

During Bucks, Badgers or Packer games, you can enjoy the game on G+G’s big screen. But you can also score $3 shot specials, $15 pitchers of select Milwaukee Brewing Co. beer and half off pints of MKE MVP during the second half of the game.

From beer bites to brunch: Hacienda Taproom & Kitchen gets a redux