If you've ever stared long and hard at a restaurant's wine list, hoping to find something that looks familiar, that you know you'll like, at a price point you can afford, you're not alone. New wine offerings at AP Bar & Kitchen aim to make the world of wine a bit less intimidating.

If you’ve ever stared long and hard at a restaurant’s wine list, hoping to find something that looks familiar, that you know you’ll like, at a price point you can afford, you’re not alone.

Wine pricing for eateries has long been a sticky wicket. Standard markup on wine in restaurants is generally about three times the wholesale cost and often as much as twice the retail price. In most restaurants, markup decreases as the wholesale price of the bottle increases: An inexpensive bottle might be priced three to four times its wholesale cost, while a pricey wine may be marked up only 1.5 times.

But new wine offerings at All Purpose Bar & Kitchen aim to make the often perplexing world of wine a bit less intimidating.

Justin Anthony, owner of All Purpose Bar and Kitchen, says he wants to give people the opportunity to branch out in terms of the wines they’re able to try at the restaurant.

"A big thing for me has always been getting wines into peoples’ hands that are sometimes out of reach," says Anthony. "Wine can be pretentious and expensive, and people don’t necessarily want to take chances on something new." 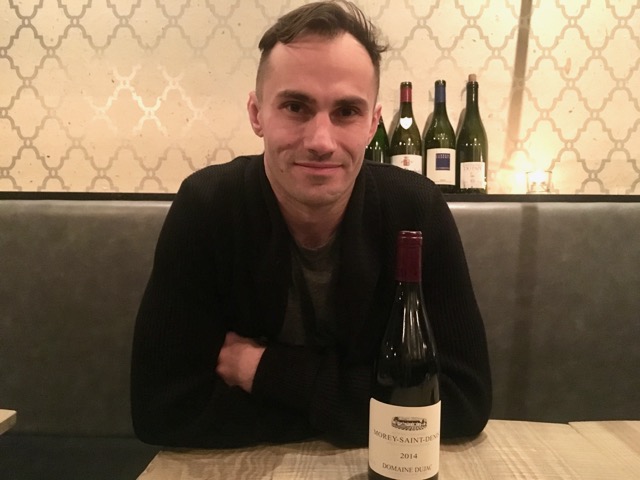 Anthony notes that there’s a growing discussion among sommeliers and wine professionals about the cost of wine and mark-ups in restaurants, but little has been done to mitigate the problems.

"I think the model is flawed," he says. "I’ve been privileged. I’ve worked in places where every day I was sitting with sommeliers and opening great bottles of wine and tasting them. But not everyone has that experience. So when I think about my core values – about transparency and honesty – and I really want to bring more great wines within reach for our guests."

If you’d love to try a wine that’s normally outside of your price range, Rare Harvest is a great option.

"For this program, I take a very rare or sparsely allocated wine – something that’s exemplary in the field and often abnormally expensive, and pour it at cost," Anthony says. "It’s a great way to assist people in trying wines they wouldn’t automatically reach for."

The first wine Anthony poured under the new program was Raveneau Petit Chablis. Bottles of the wine are rare in Wisconsin (only six were allocated to the state), and restaurant cost is about $180 per bottle. But he offered guests six-ounce pours for just $20 per glass.

This week’s selection is a 2014 Domaine Dujac Morey Saint Denis, a red Burgundy that could redefine what you know about Pinot Noir. Only two cases of this wine were allotted for the State of Wisconsin, and AP managed to secure six bottles. Retail pricing for the wine starts at $80 a bottle and runs upwards to over $160. So, at $14 a glass, it’s a positive steal.

Anthony emphasizes that it’s about giving people a new experience, not about how much money he’s bringing in on the wine.

"This is about putting great wine into peoples’ hands," says Anthony, "And having a conversation about it."

If you’d prefer to buy a bottle, "Reaper’s Choice" wines provide a fun way to grab something new on the cheap.

Inspired by a piece of art created by a friend, Reaper’s Choice offers guests the opportunity to purchase a bottle of wine for just $20 any day of the week. The catch? You give up the right to choose what you get.

"It occurred to me that we had wines in the cellar that we’ve traditionally served by the glass," says Anthony. "They’re all solid wines. But they’re also affordable. In my mind, you should be able to go out to a restaurant and have a bottle of wine for $20. And this gives people the chance to try a great new wine at a great price."

In the end, Anthony says, it’s just a fun way to get people to try something outside the box.

"I don’t know the financial impact that this will have on the restaurant," he admits. "But thus far, what we are seeing are happy people with smiles on their faces. And that feels good. This is my way of giving people a hospitality hug."