By the 1970s, an ugly addition and the gutting of the deco charm inside left The Edgewater a mere shadow of its original glory on the shores of Lake Mendota. But now, with a new owner, a completely new renovation and a brand new sister building across an inviting plaza, The Edgewater is clearly atop the world of Madison hotels once again.

Madison’s Edgewater Hotel is a survivor. When it swung open its doors as an apartment building in 1948, the art deco building was already out of time, in a way. That’s because Kenosha-based architect Lawrence Monberg designed it in the 1930s, when moderne was still en vogue, but construction was delayed by the war.

But, still, no one seemed bothered. Surely the big bands that performed and were recorded on the roof didn’t mind. And Sammy Davis Jr. wasn’t worried, either, as long as he could flip open his window and drop a fishing line down into Lake Mendota.

To judge by the autographed celebrity guest photos hanging in the bar – from Bob Marley to Sting and beyond – no else was concerned, either.

By the 1970s, an ugly addition and the gutting of the deco charm inside left the Edgewater a mere shadow of its original glory. But now, with a new owner, a completely new renovation and a brand new sister building across an inviting plaza, The Edgewater is clearly atop the world of Madison hotels once again.

The new tower doesn’t attempt to mimic its elder sibling’s style, opting instead for a modern look with historical references to the Mansion Hill architectural gems that surround it in the neighborhood just north of Capitol Square.

"We’ve spent a great deal of time, effort and money to restore the historic sense and place in that building," says General Manager Ron Morin of the 1948 building. "There wasn’t a lot of historic character from the art deco era of 1948 that was retained in there. We tried to take it back and give it the character they had in 1948 and we worked very hard on that."

The original Edgewater has a luxury spa, a full fitness center, a business center, a meeting room and bar with stunning views on the roof and some guest rooms that retain their moderne window configurations and are appointed with stone tile floors, some deco details and handsomely tiled showers. A lakeside restaurant, with a dock for hungry boaters, is expected to open in spring. 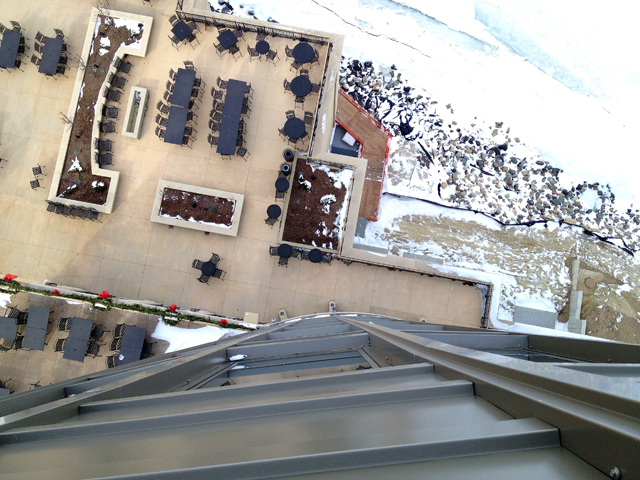 The new building has guest rooms, a restaurant, a cafe, a bar, meeting rooms, a pair of presidential suites, a rooftop meeting space with a great 360-degree view and two floors of apartments.

So, how did architect David Manfredi of Boston’s Elkus Manfredi tie together the old and the new?

"(He) actually separated it," says Morin, who is only the third GM in the history of the Edgewater. "We wanted to give that building back its character so we cut them apart. This grand stairwell goes from Wisconsin all the way down to the lake."

Where that 1970s building once stood is a plaza with skating in winter. There’s also a staircase offering lake access, open to the public at all times.

Below ground, the buildings are connected by a tunnel, copious parking and a warming room and concession for the skating rink. Beneath the rink, four floors of guest rooms with lake views survive from the ‘70s structure.

The views of Lake Mendota are one of the Edgewater’s most alluring features.

When The Edgewater – which was converted to a hotel in 1950 – was completed, it was the third in a triangle of matching moderne buildings that Monberg designed for the Quisling family along Wisconsin Avenue.

Monberg, born in Copenhagen and educated at the Illinois Institute of Technology in Chicago, designed the Quisling Towers Apartments built in 1937 at 1 E. Gilman St., a block south of the hotel, and, another block south and on the opposite side of Wisconsin Avenue, the Quisling Clinic in 1945.

The Clinic was converted into about 60 apartments and renamed the Quisling Terrace Apartments in 2000.

Monberg did a lot of work in Wisconsin, where he designed, among others, a 1951 housing project in South Milwaukee, Central High School (1953) and Southport Elementary (1954) in Kenosha – the city where he began his practice in 1936 – the Elmwood Plaza Shopping Center in Racine (1955) and the Charles White Memorial Library in Stevens Point (1965). His resume also included the Kungsholm Theater Restaurant in Chicago in 1946.

The Quislings opened the hotel, but soon sold out to their general manager Augie Faulkner, who ran it until his death, when his son Scott took over. Robert Dunn – of the Madison-based builder, Hammes Sports Co. – purchased the hotel a couple years ago when it closed, and developed the current property.

When I visited the Edgewater a few years ago, the exterior was still lovely, if marred by the now-razed addition, but inside, there was little to love. Sure, it was clean and comfortable enough, but there the character was gone.

Now that’s been restored and the new building is luxurious. The skating rink right outside the door is a major attraction for families. 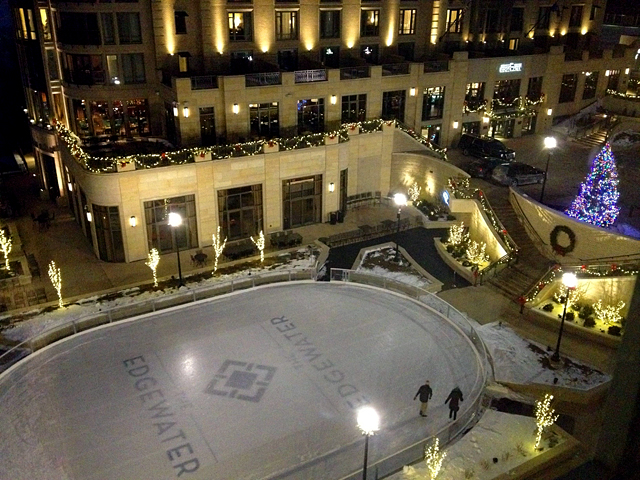 The Statehouse Restaurant offers fine dining, with the casual bent you’d expect in a hotel restaurant that aims to please a variety of guests.

We dined one night on fresh oysters and shrimp cocktail, a delicious pan-fried halibut filet and perfectly seared diver scallops atop a bed of sweet pea risotto with crispy prosciutto. I vowed to return to try the Maine lobster with linguini, black truffle emulsion and parmesan.

The kids were along, too, and were welcomed by the friendly staff and with a kids menu with familiar favorites at a reasonable price.

A visit to the spa offered insight into the kind of luxury to be found at the new Edgewater. A range of services, from relaxing, stress-relieving massages to pedicures, manicures, facials and more is on the menu in the spa, which occupies the former lobby. 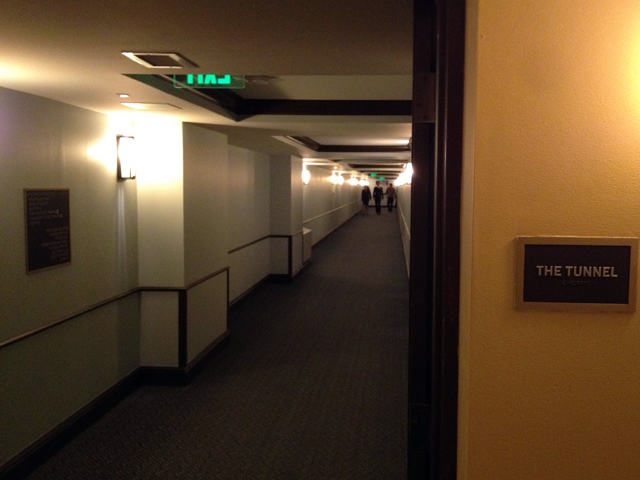 "There are four stories of parking deck under the lawn across the street, all connected all the way through to the original hotel," says Morin, as we gaze down from the rooftop of the new building, which opened in August. "So when you pull in in the middle of winter, you pull into that garage and you never have to step outside for anything other than ice skating."

The Edgewater is located just a couple blocks off Capitol Square and here are a few ideas for nearby family fun:

Learn about how state government works and see the impressive capitol building’s stunning interior with a free capitol tour. 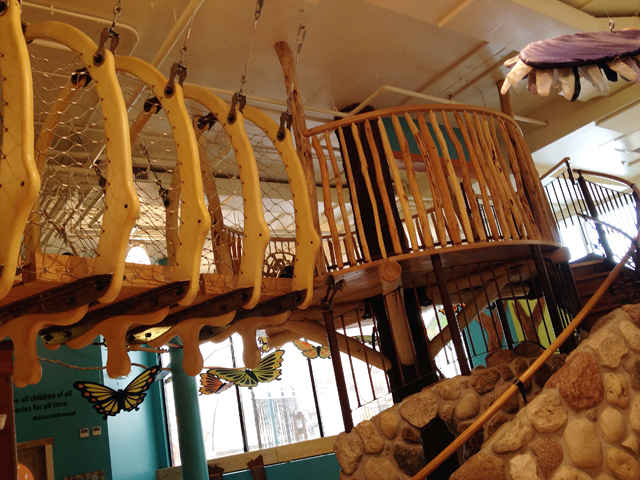 Or, for the piece de resistance, take the kids to the Madison Children’s Museum, with its art studios, climbing structure, gerbil wheel and much more. It may appear small but our family whiled away the better part of a day having fun here. It’s really not to be missed.

In more temperate months, visit the Madison Farmers Market on the square.

Staying in Madison? The Graduate Hotel offers both comfort and nostalgia