Old Milwaukee Facebook group moderator Adam Levin recently posted a message to the group inquiring about the whereabouts of the signage that once adorned the exterior of the iconic Oriental Drugs, 2238 N. Farwell Ave. Soon after, Levin was standing in a West Allis basement next to the vertical blade sign that once hung on the corner of the building, announcing "DRUGS."

Sometimes it’s enough to ask. And having a popular Facebook group with tens of thousands of members doesn’t hurt, either.

Just ask Old Milwaukee Facebook group moderator Adam Levin, who recently posted a message to the group inquiring about the whereabouts of the signage that once adorned the exterior of the iconic Oriental Drugs, 2238 N. Farwell Ave., which is now home to the Crossroads Collective food hall.

Soon afterward, Levin (pictured, below, with the sign) was standing in a West Allis basement next to the vertical blade sign that once hung on the corner of the building, announcing "DRUGS."

The signs had been stored in the basement of the building, which is owned by New Land Enterprises, until 2005. 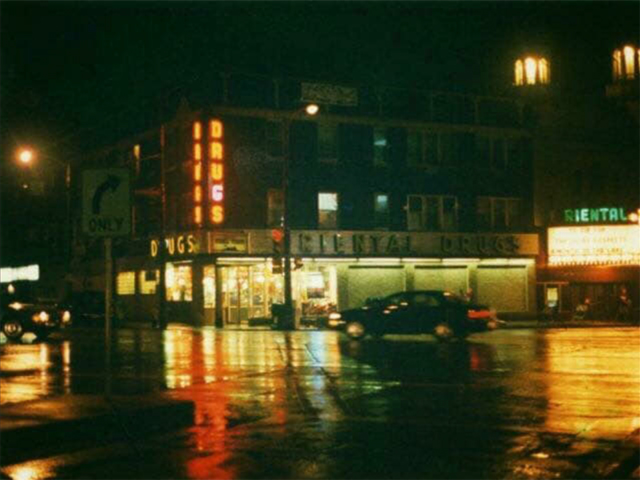 This is how the sign looked at night. (PHOTO: Jill Engel-Miller)

The owner of the sign, who prefers to remain anonymous, told Levin, "I have one of the two faces of the vertical corner sign from the old store. They were tossed out, but luckily I happened to be living in the building at the time, and grabbed one – cut into three pieces – from the dumpster. I think I saw the other face years ago in (a) shop that was on the same block."

The owner says he used to have the sign hanging on a wall in his apartment but after moving to a new place doesn’t have the space anymore, and so it sits in the basement for now.

"It's not in super bad shape, but there are holes drilled in it which I assume the neon tubes went through. Also it's painted steel, and was sitting in the basement of the Oriental Drugs building for 10-ish years or so, I'm assuming, before I even found it, so there's some rust on the edges. But still very recognizable." 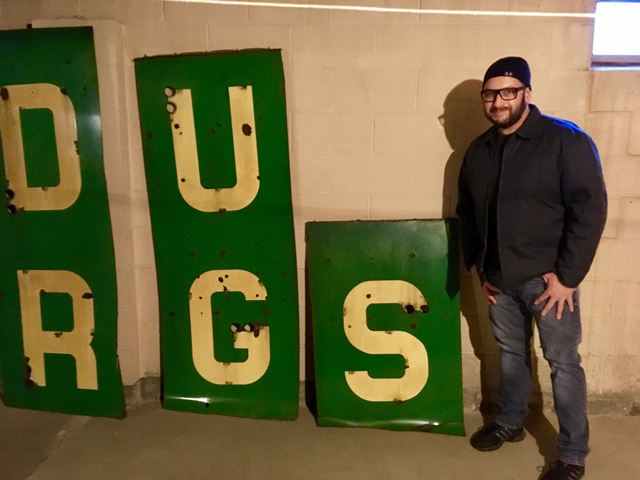 The signs outside the Oriental were nearly as iconic as the business itself. When friends of mine moved into one of the apartments upstairs, they’d tell folks, as a means of locating them, that they lived above the "D" in "DRUGS," referring to the horizontal sign that ran above the storefront windows and below the second-floor windows.

The sign’s owner says he stumbled upon the sign one day and decided to act to preserve it.

"They were cleaning out all the crap from the basement, including the old signs. I lived in the apartments above the retail spaces in that same building at the time, and was just taking my trash out when I saw it in the dumpster. I didn't think it should just be thrown away, so I grabbed it."

At the moment, there are no plans to do anything with the signs. But he’d like to ensure it finds a good home. 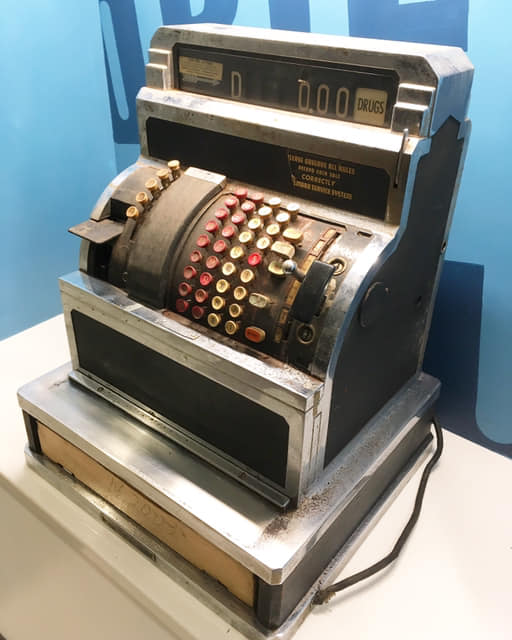 "I was thinking about eventually trying to auction it off, but never got around to even doing the research on how to go about that. I guess I was just hanging on to it until an opportunity presented itself. I just kind of want to make sure it goes to someone who has a genuine interest in it, not someone who's just going to get it from me, and sell it right away."

At a friends-and-family preview event Thursday evening at Crossroads Collective – which is also displaying an old Oriental Drugs cash register from the basement – Levin mentioned the sign to New Land’s Tim Gokhman, who expressed interest in finding a way to display it at the Oriental building, but there is no plan at the moment, only informal talk.

Whether or not a sign that says "DRUGS" is appropriate at a restaurant without a prescription counter, I bet a lot of folks would love to see a small reminder of the Oriental Drugs find its way back home someday.