The bathrooms were renovated and expanded, the screen replaced, damaged plaster and other decoration repaired and more, as part of phase one of the work, which is being undertaken in stages over a few years, to both allow for fundraising and to allow the theater to continue to operate during the work.

In February, Milwaukee Film announced that it had surpassed its goal of $10 million in a capital campaign to fund the restoration work.

Now, phase two is underway, and the first part of that is the removal of the 1980s-era seats in the small "west house," closest to the entrance. That small cinema is closed during the work, and seats were being sold last week to the public. 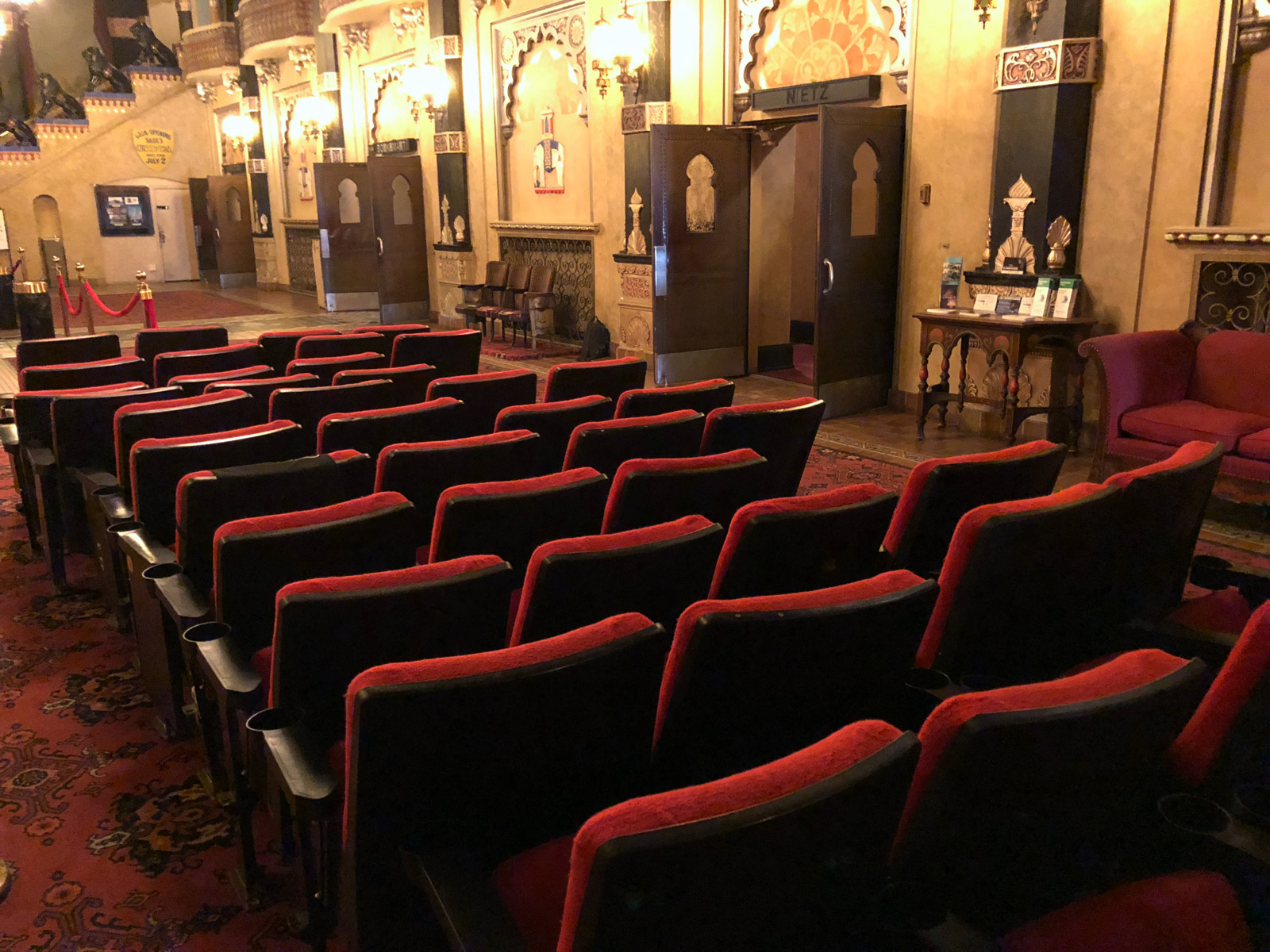 While the old seats are out, workers will adjust the pitch of the floor in the west house, too, to make it more accessible to all patrons, according to Milwaukee Film Marketing Director Karina Henderson.

"The concession stand is going to go completely away," says Henderson. "It will probably be not operational for a few days in July. We've got plans drawn up to try to get the flow a little bit better.

"We've definitely heard some feedback about the lines and it's going to shift everything a little bit. It'll still be in the same position but points of sale will be a little bit easier to access and I think there's going to be more of a beverage station on the end."

All of the phase two work is expected to be completed in time for this year’s Milwaukee Film Festival, which takes place Oct. 17-31.

"Early September is our first estimate but we'll see," says Henderson. "(The festival) is kind of our deadline."

After the west house is completed, says Henderson, work will shift to the main theater and the balcony next year and then to the east house the following year. That timeline could change, however.

"We're trying to get through this phase before we really firm up our plans for everything else," she says. "Also, we haven't set dates for the festival for the next several years and the DNC is coming to town. We're trying to build around some of those important events.

"We're still talking about (being a venue of some kind for the Democratic National Convention)," Henderson says. "We're not sure, but there is a possibility that that will happen. We're talking to some other cities to see what has worked for them and trying to figure out what's going to work for us, too."

In the meantime, you can still see movies every day at the Oriental, says Henderson, despite the work.

"We are open for business," she says. "We've got two screens up and running no matter what and that's the plan for going forward even through all this construction." 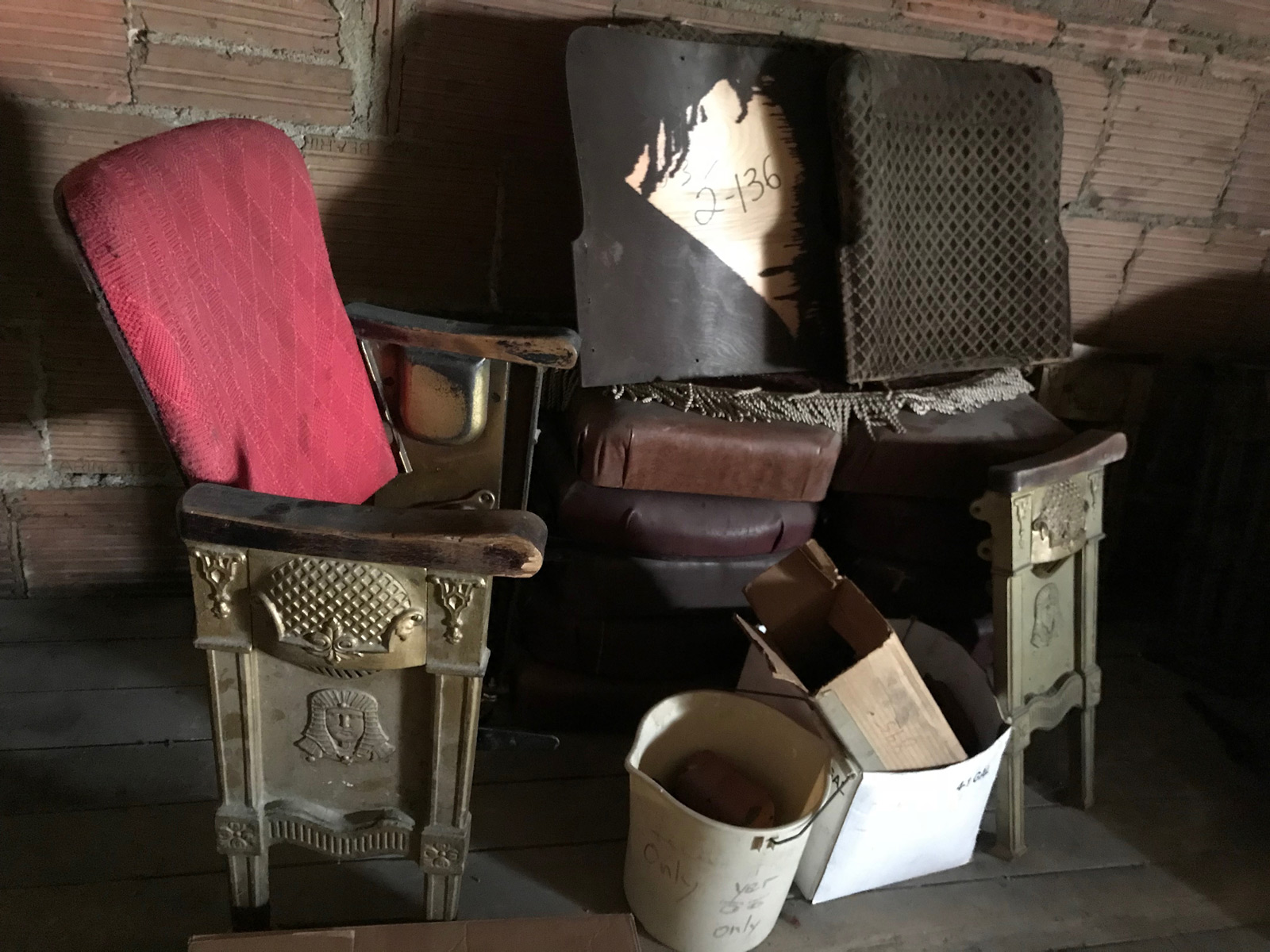 As for the balcony seats that will come out most likely next year? The ones with the cast iron pharaohs?

"I would like for us to do another sale like this one," Henderson says. "The historic nature of those is so incredible. These are just from the ‘80s, but those are from the ‘20s, so I think that'll be a really great souvenir for folks to have."