Some restaurants get their start as a food truck. In the case of Paella Police, a food truck is being used to expand the reach of an established restaurant.

Some restaurants start as food trucks. In the case of Paella Police, a food truck is being used to expand the reach of an established restaurant.

The new mobile food operation was soft-launched about two weeks ago by the folks at Stand Eat Drink Hospitality, operators of Spanish restaurants MOVIDA and Hotel Madrid. And it’s now in full swing, with the aim of bringing the flavors of Spain to the public in modern, accessible fashion.

Paella, now the national dish of Spain, has a long history. Originally created as a dish to feed workers in orchards and vegetable fields on the countryside surrounding Valencia, an area known for its rice production (a crop brought to Spain by the inhabitants of Arabian peninsula, Middle East and North Africa). It was initially comprised of simple fresh ingredients like tomatoes, beans, rabbit, chicken and even snails, which were simmered in a wide pan with rice to create a hearty midday meal. In fact, the dish actually takes its name from the pan (la paella) which was used to cook the rice-based dish. 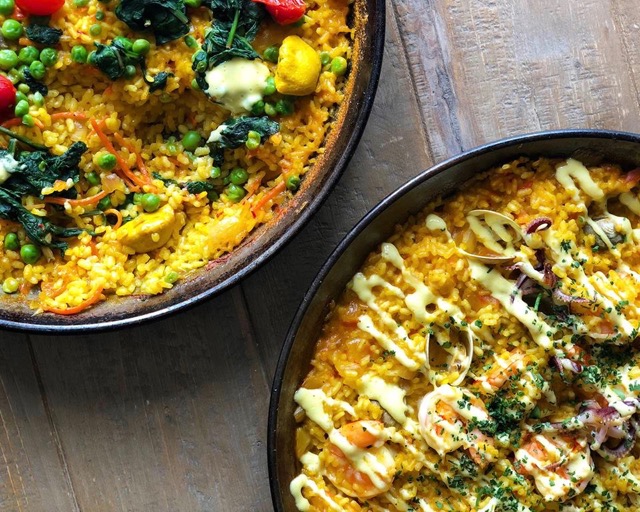 Over time, the dish spread across the country, eventually resulting in countless variations, including the very non-traditional addition of seafood. The word paella also became a wide-reaching term that can describe any number of rice-based dishes (arroces) across Spain and the world.

Traditional paella is cooked in large batches in a wide shallow pan, allowing the simmering process to occur without the aid of stirring. The process results in the formation of socarrat, a crisp layer of toasted rice that’s become an integral component of the dish.

Of course, now you’re probably wondering how you transform a large-scale slow-cooked dish to something that can be served quickly off of a food truck. Yeah, we get it. So we asked S.E.D. how thitey did it.

"We worked really hard to create flavorful components that could be pulled together to imitate the flavor of an authentic paella," says Sean Wille of S.E.D. "We tested out countless combinations of ingredients so we knew that -- no matter how someone puts their paella together -- it’s going to taste good. In the end, all three variations are comfortable and homey and adaptable to a quick lunch."

And yes, you’ll even get a little bit of socarrat. The effect is a bit more subtle than you’d find in a traditionally prepared paella; however, the rice is purposely fired at high heat, so each dish comes with a hint of that toasted, crispy texture.

The Paella Police menu features three options: the paella pail (paella served in a Chinese takeout-style container), paella salad (served over greens) and a paella burrito (served in a tortilla). Each is $9 and features a build-your-own component. Each guest is given an ordering sheet on which they choose the components for their dish. 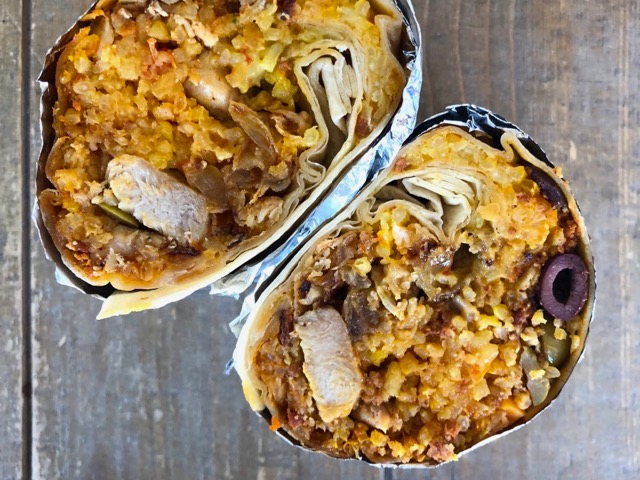 Additional ingredients can be added (for an upcharge) to further customize the dish. And, Paella Police offers a loyalty card that entitles repeat guests to a free dish for every five they purchase. 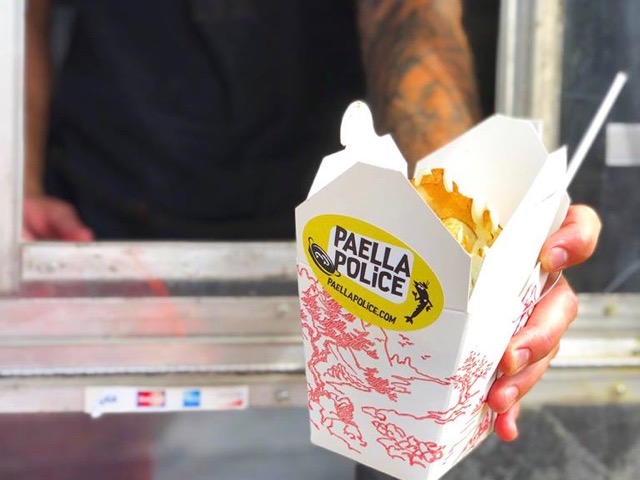 Get your paella pail

Currently, Paella Police is making regular appearances at a variety of locations around the city including Schlitz Park on Tuesdays, the U.S. Bank Building on Thursdays and Red Arrow Park on Fridays. But you can watch their Facebook, Instagram and Twitter feeds for additional updates.