Thoughts passed through my head like: This design is striking. Do these colors mean Milwaukee to me? What was this person thinking? How is this related to the city? I never would have picked these colors, but it's bold, so I think I like it. This one is bold but it misses the mark. I wonder if the final five can be as good as this one.

The foyer of City Hall was packed in as residents and politicians arrived to take in the best of the best of the current efforts to design a new People's Flag of Milwaukee. Each of the top 45 semi-finalists designs, plus 15 other designs that received honorable mentions, were strung across the length of the room, each displaying a brief sentence or two describing the idea behind the designs. The rest of the 1,006 designs were projected for a few seconds behind the guest speakers. All this in anticipation of the final reveal: the last five designs, which will be voted on over the next two weeks.

Noticeably absent from Milwaukee's most prominent political establishment was the civic flag of Milwaukee, which was neither torn down to make way for the new designs, nor ever truly displayed in the hall with pride.

Of the semi-finalists and honorable mentions, there was a lot to be excited about and a lot to weigh. Nearly all of the designs leaned away from literal representation. Some of the semi-finalists referenced classic sports teams as inspiration, some referenced architecture and nearly all mentioned the lake. Many had arrows, wheat and gears. Also common: beer, the three founders, the three rivers, the native people and the letter "M." Many chose blue, green and yellow/cream. It was fascinating to see the ideas blend together into a cohesive story of Milwaukee, past and present.

Several thoughts passed through my head: This design is striking. Do these colors mean Milwaukee to me? What was this person thinking? How is this related to the city? I never would have picked these colors, but it's bold, so I think I like it. This one is bold, but it misses the mark. I wonder if the final five can be as good as this one.

Viewers pointed out designs they liked and hated, and all had gut-level justifications of how they felt each flag could represent the city. One child got his picture taken below his design. He seemed nervous, so I cheered him on. "Nice work, dude! My design didn't get in, but I don't care because yours is so good!"

And then the final five were revealed...

Three Rivers by Cameron Pothier
Milwaukee’s three rivers flow from the land into the lake, with a large disc representing the city united and our brewing history. 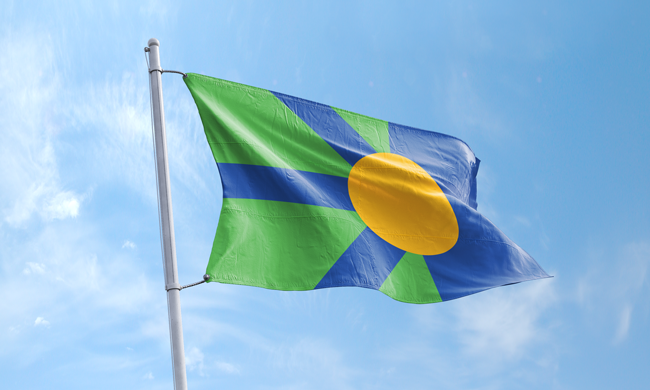 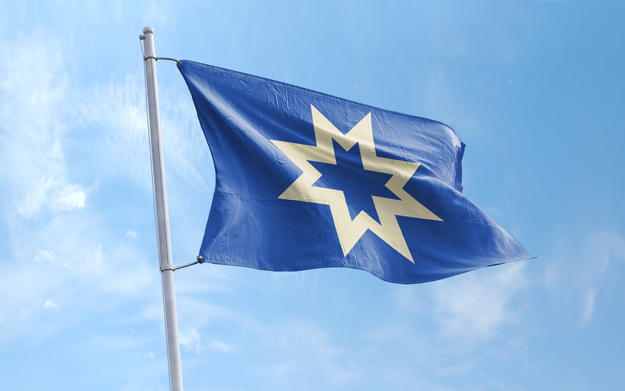 Golden Arrow by Chanya Hughes
Milwaukee’s past, present and future moving in a positive direction, symbolized through its rivers, brewing history and the lake, with white echoing the art museum. 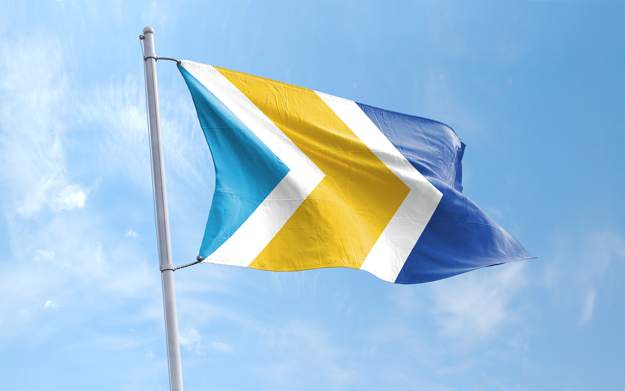 "Cream City" Star by Jon Grider
The six points of the star symbolizes the three original sections of the city, its three rivers, and representing Milwaukee as the "Cream City" and the largest in Wisconsin. 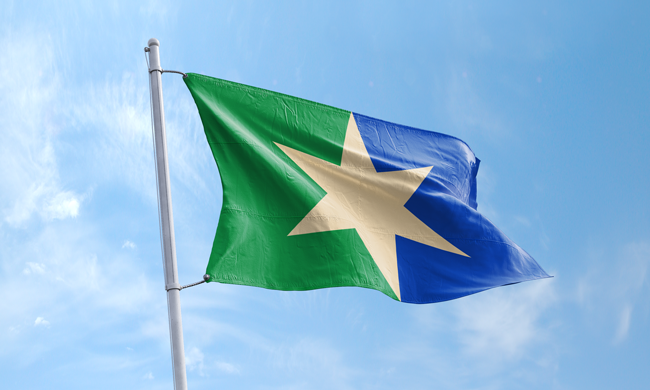 Sunrise Over the Lake by Robert Lenz
The sun rising over Lake Michigan symbolizes a new day. The blue bars in its reflection represent the city’s three rivers and founders. 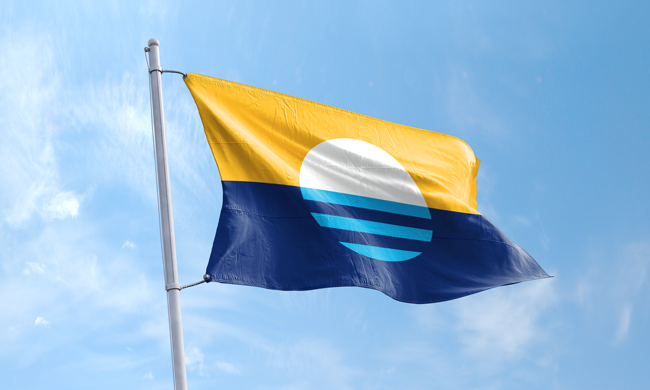 Flag renderings courtesy of the Peoples' Flag of Milwaukee

After all five had been released, I had mixed feelings. I had just spent a couple of days looking over the other 60 flags and had already started falling in love with some select choices. Before, as we stood waiting for the reveal, I had rolled my ideas over and over in a rock tumbler as to what needed to be on the flag. Suddenly there were five more to choose from, and they all conflicted with what I wanted. I had already settled on my own special loser.

But the people in City Hall set about discussing the five that mattered. From the representation of the literal to the abstract, the letters to the arrows, the colors to the orientation, line weight and figure size, and even the seasons in which the flag would fly and the name of the flag as it rolls off your tongue.

Now Milwaukee residents have two weeks, until May 31, to weigh in their opinion on all five flags. Residents of the city can rate each flag from 1 to 10, and the most acceptable flag will be chosen based on the aggregate total. The winner will be revealed at the 88.9 RadioMilwaukee headquarters on Flag Day on June 14.

Milwaukee will get a new flag, but what it will look like is still in question

It doesn't matter what the new flag looks like, people already got behind it