During my years-long, informal Pimm's Cup, ahem, research, I've come to know that there is one certainty when ordering the refreshing Pimm's Cup cocktail, based on a classic British liqueur: you never know what you're going to get.

Some think the Pimm’s Cup is a summer drink. But some also make it only with bitter lemon soda, while others – probably mostly us Americans – swear by lemon-lime, while still others are devoted to ginger ale or ginger beer. Some garnish with a lemon, others with a cucumber. A sprig of mint? Maybe. Why not stick some sparkling wine in there and make it a Pimm’s Royal Cup?

This surely explains why during my years-long, informal Pimm’s Cup, ahem, research, I’ve come to know that there is one certainty when ordering this refreshing cocktail, based on a classic British liqueur: you never know what you’re going to get. 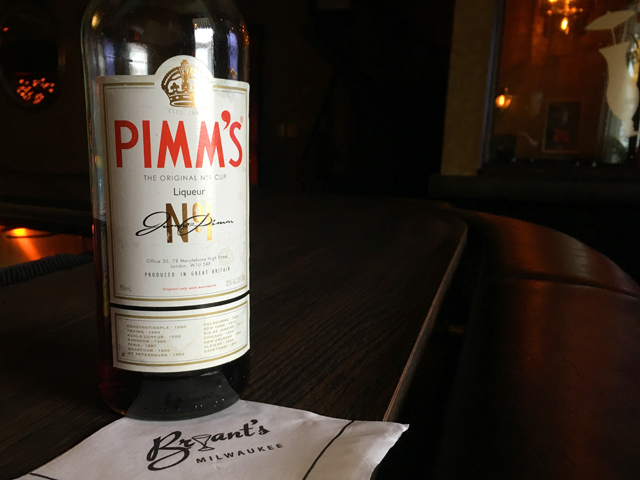 "They often don't know what it is," says Bryant’s Cocktail Lounge owner John Dye, referring to Pimm’s No. 1, the only one of a line of Pimm’s numbers, that’s readily available in the U.S. "Even if they have it, it’s the dusty bottle that nobody touches. They don't know what to do with it."

Pimm’s No. 1 is a gin-based quaff launched in 1823 by James Pimm. It’s now owned by giant Diageo, but beginning in the 19th century Pimm’s began adding more products to its portfolio, including Pimm’s No. 2 and No. 3. Later, the company concocted Nos. 4, 5 and 6, though some of these have long since gone out of production. These days, Pimm's also makes a Cider Cup.

"That is what the Pimm's is really good for," Dye says. "Day drinking, sitting around at a picnic, drinking your cucumber."

It is a dark, yet transparent, reddish-brown, with a spicy twist and a dash of citrus. It’s both refreshing and complex enough a flavor to be satisfying.

These are mostly facts, not debatable. But when it comes to the Pimm’s No. 1 Cup cocktail, well, nearly anything goes.

"You read the recipes," Dye says, "and they're all different."

Pimm’s itself describes the original as:

Pour it all in, mix it up and Bob’s yer uncle.

But I can count the times I’ve seen strawberries or oranges in a Pimm’s Cup on one hand and still have fingers to spare. And lemonade?! 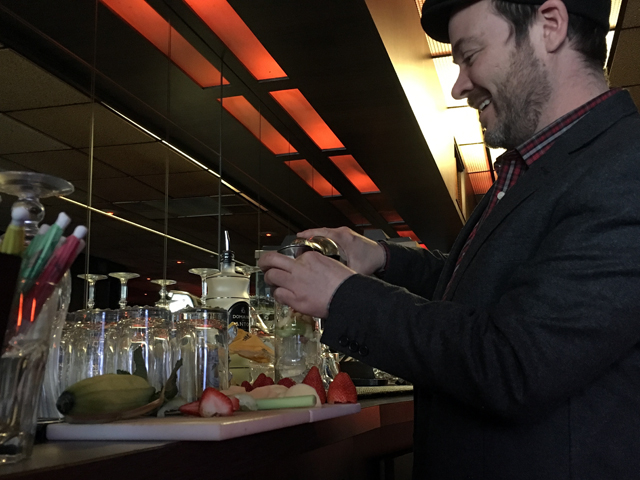 "The way I think you are generally going to get it when you are at a bar, if it is a good bar," says Dye, as he mixes me a drink in a dark, daytime Bryant’s, "is they are probably going to muddle some cucumber, put some citrus in the Pimm's and then generally ginger ale. That is sort of the Milwaukee Pimm's cup.

"It might vary a little bit. You might not get a muddle of cucumber. It might just be a slice of cucumber or no cucumber at all. A lot of times you get Sprite or Squirt. Sometimes seltzer water, I have heard that. Properly, it is supposed to be made with a bitter lemon soda. Which is rare to find here."

The Pimm’s "original recipe" is something Dye does in bulk at parties and calls a "Pimm’s Punch." 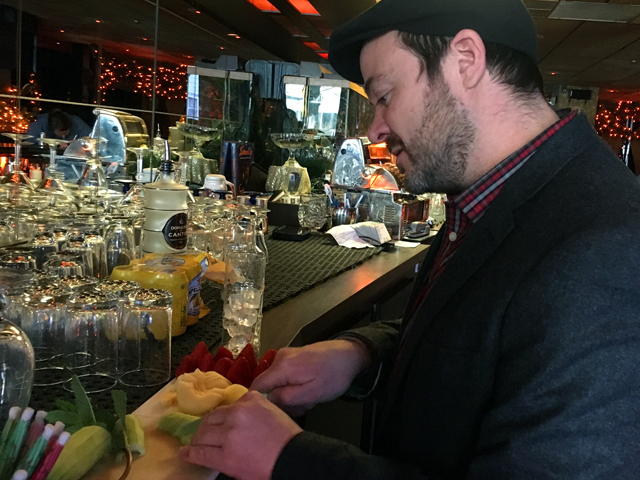 "You put it in a large punch bowl, and the vegetables and the fruit get all nice," he says. "If you have like a day party, like a barbecue or something, it’s pretty perfect."

In his version of a classic Pimm’s Cup, Dye boosts that 50ml of Pimm’s (about 1.7 ounces) to an even two ounces.

"With Pimm's, it’s the flavor you are looking for and it is not very strong alcohol," Dye says. "If someone is looking for a stronger version, you can add a little gin, which is also really good. A half-ounce of gin will kind of kick it up a little bit. I personally like that a lot."

As for the mixer, Dye skews traditional and although it’s difficult to get the kind of bitter lemon soda one can acquire easily in the U.K., Dye finds that San Pellegrino limonata does quite well.

He peels the cucumber – the skins can leech bitterness – slices fresh strawberries and peels and slices an apple. Next, he muddles them and strains the juice into the Pimm’s, lemon soda and ice in a cocktail shaker and does this...

Into a highball it goes, topped with a sprig of mint. 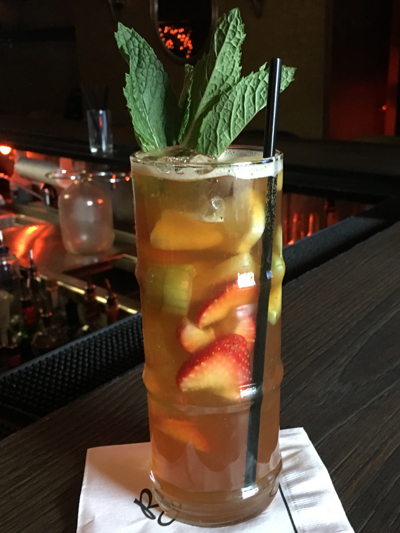 For the punch version, it’s the same ingredients without the muddling. The fruit and cucumber go into the glass, add the Pimm’s, add the soda, sprig of mint and you’re good to go.

The results in both cases are delicious, but I’m a traditionalist, even for a slightly non-traditional (apple!) Pimm’s Cup.

"I think this is a funny age of cocktails," he says.

"So many people get a little uptight about them. Whereas, really, it should just really taste good and be kind of fun. Why are you making a really great fun thing not fun?"