You want some South in yo' mouth? Well, you need to stagger on down to Pistol Pete's Crab Shack where you'll find all sorts of fine grub from po'boys and turkey legs to shrimp and crab boils with all the fixins.

You've got just two more days to get your fill of the Drive Thru Dreams pop-up– including the unbeatable Blackened Shrimp Crunchwrap– at Oak + Oyster, 724 N. Milwaukee St.

And you'll want to fit that in somewhere between your final trip to Summerfest and a bit of weekend R&R because, starting Monday, July 8, the lower-level bar at Third Coast Provisions will become host to a brand new Workshop pop-up concept: Pistol Pete’s Crab Shack.

"I lived in Georgia until I was about 13 years old and then worked in New Orleans after culinary school," notes Chef Andrew Miller. "So I grew up eating Southern fare and it’s something I’ve always had a passion for. We have the capacity here to execute low brow food at a very high level, and that’s part of what makes this so fun."

And fun is the name of the game at Pistol Pete’s, a crab shack concept with a menu that sports the visage of Merriment Social Chef Gabriel "Pete" Garcia. 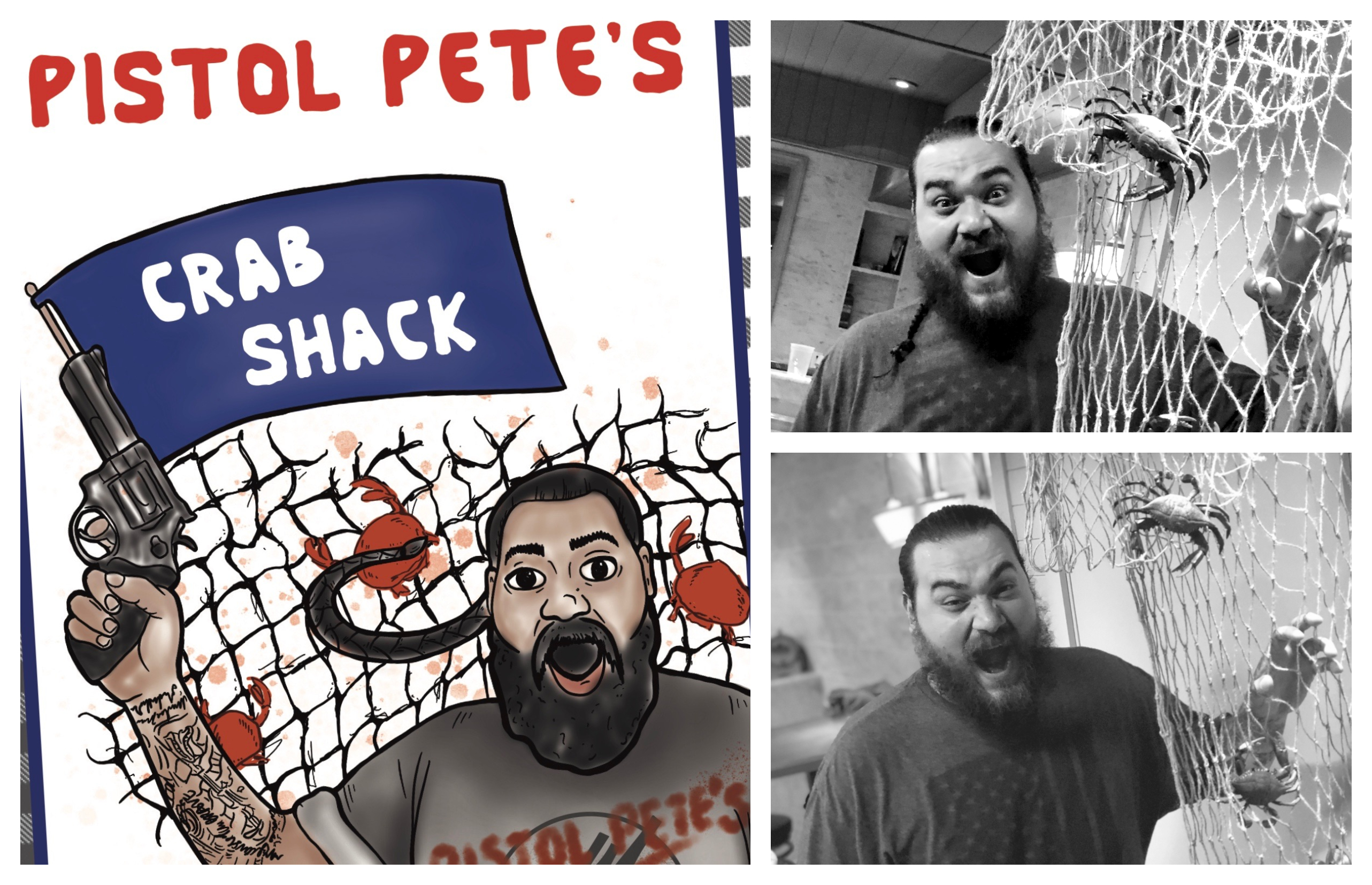 And yes, there's a story there.

"We don’t use the word ‘chef’ very much in our kitchens here at Third Coast or Merriment Social," says Miller. "But nicknames are pretty common in professional kitchens. One day while we were working somebody – out of the blue – called someone else Pete. And now it’s become an ongoing joke. Gabe’s got a big personality; he’s gregarious. And everybody calls him Pete probably more than anyone else; he’s really embraced it, and it’s become a bizarre but funny joke in our kitchens."

Starting off your meal with a cocktail and a few bites is never a bad idea. Here, you might opt for the jambalaya croquettes, a creative take on the ubiquitous Louisiana boudin balls.

Miller’s version starts with a base of boudin sausage that’s enlivened by Gulf shrimp and the Trinity before being breaded and fried. The croquettes are served with sliced house pickles and ranch dressing made with pickled ramps and ramp leaves ($6). 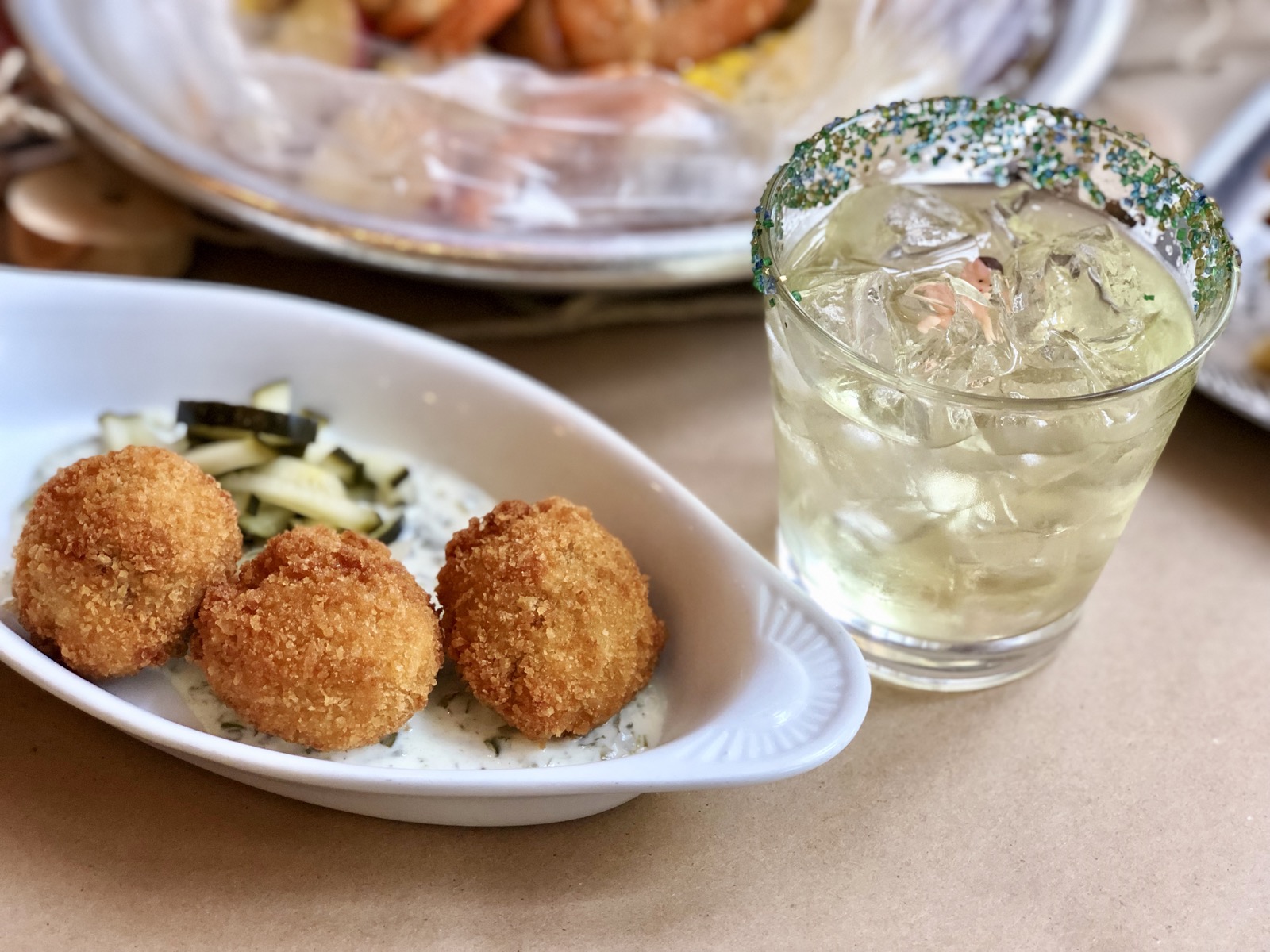 Maybe pair this one up with a glass of festive King’s Cake Milk Punch featuring bourbon, benedictine, cinnamon, lemon and orange bitters ($11), because who doesn’t want a cocktail inspired by king cake? Plus there’s a little plastic baby in the glass and everything.

If that’s not your jam, you’ll find plenty of other options to quench your thirst, thanks to the work of Bar Manager Joe Lowery who’s zeroed in on classic New Orleans cocktails with a twist.

Crowd-pleasers include Mississippi Punch, a mix of rum and bourbon blended with Orange Pekoe syrup and lemon ($9, $5 during happy hour). It’s a drink Lowery refers to as "a super accessible, crushable summer sour."

That could be a score with the NOLA Style Street Corn, featuring sweet corn boiled in the husk, grilled and then peeled and smothered with maque choux (rich creamed corn with bell peppers and onions) and pickled boiled peanuts ($6). 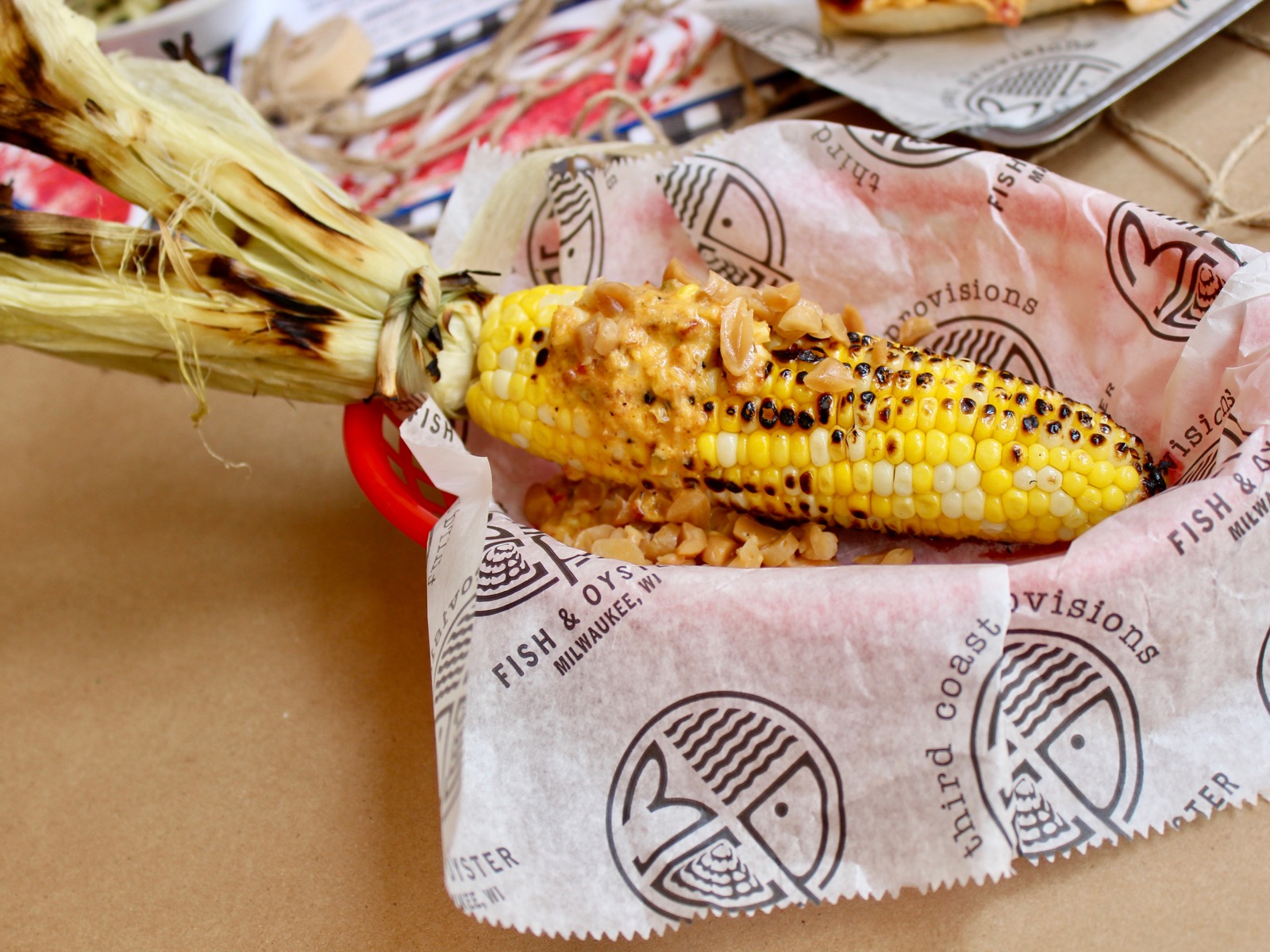 It might also provide a nice contrast for the Redneck Bruschetta, which features a Detroit-style long fermented pizza dough infused with brick cheese. That’s sliced into strips and topped with green tomato sauce and pimento cheese ($7) 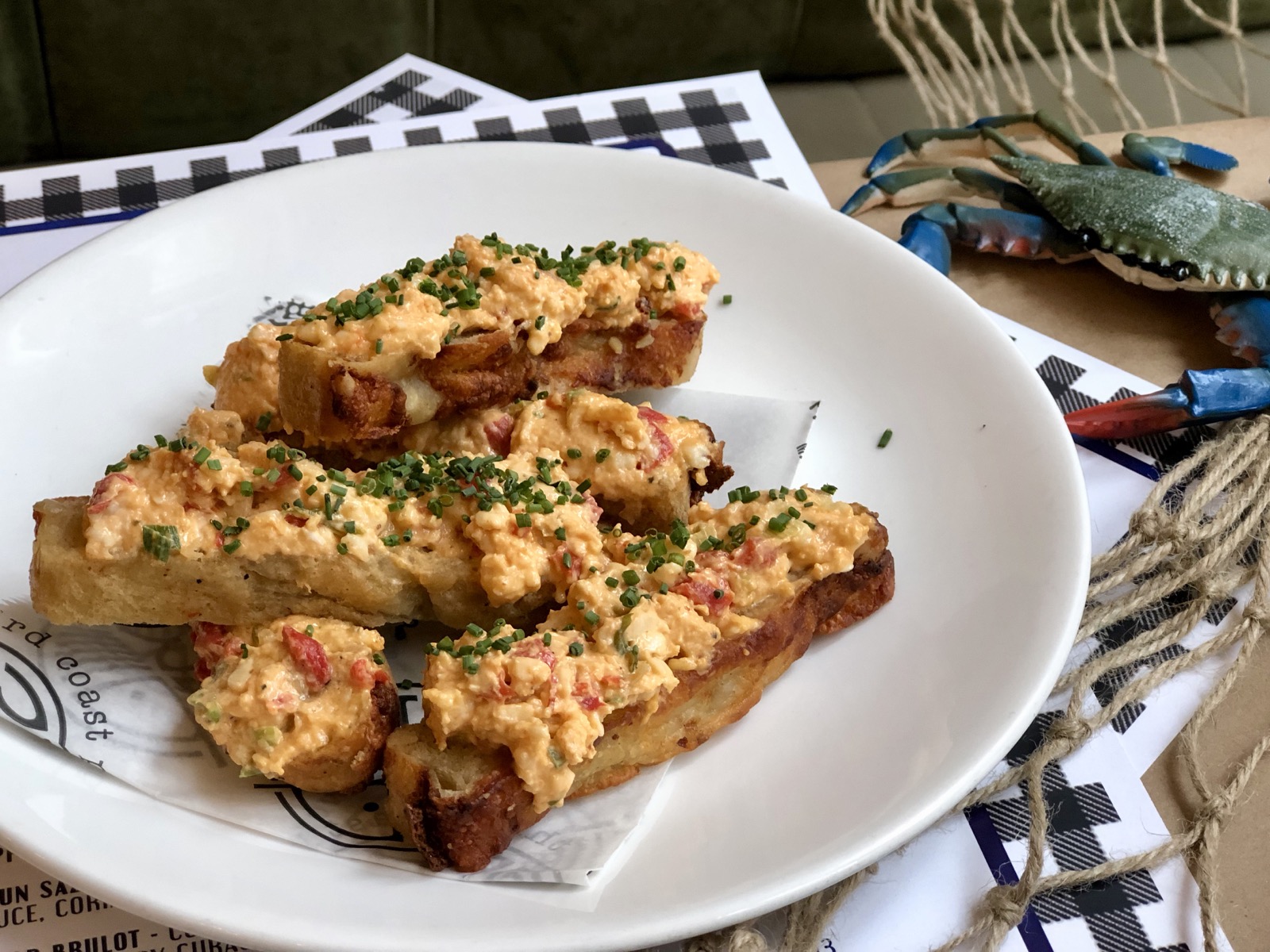 You can’t really go wrong with a Po’ Boy, and the featured selection for the Pistol Pete’s pop up is potentially one of the best I’ve tried. 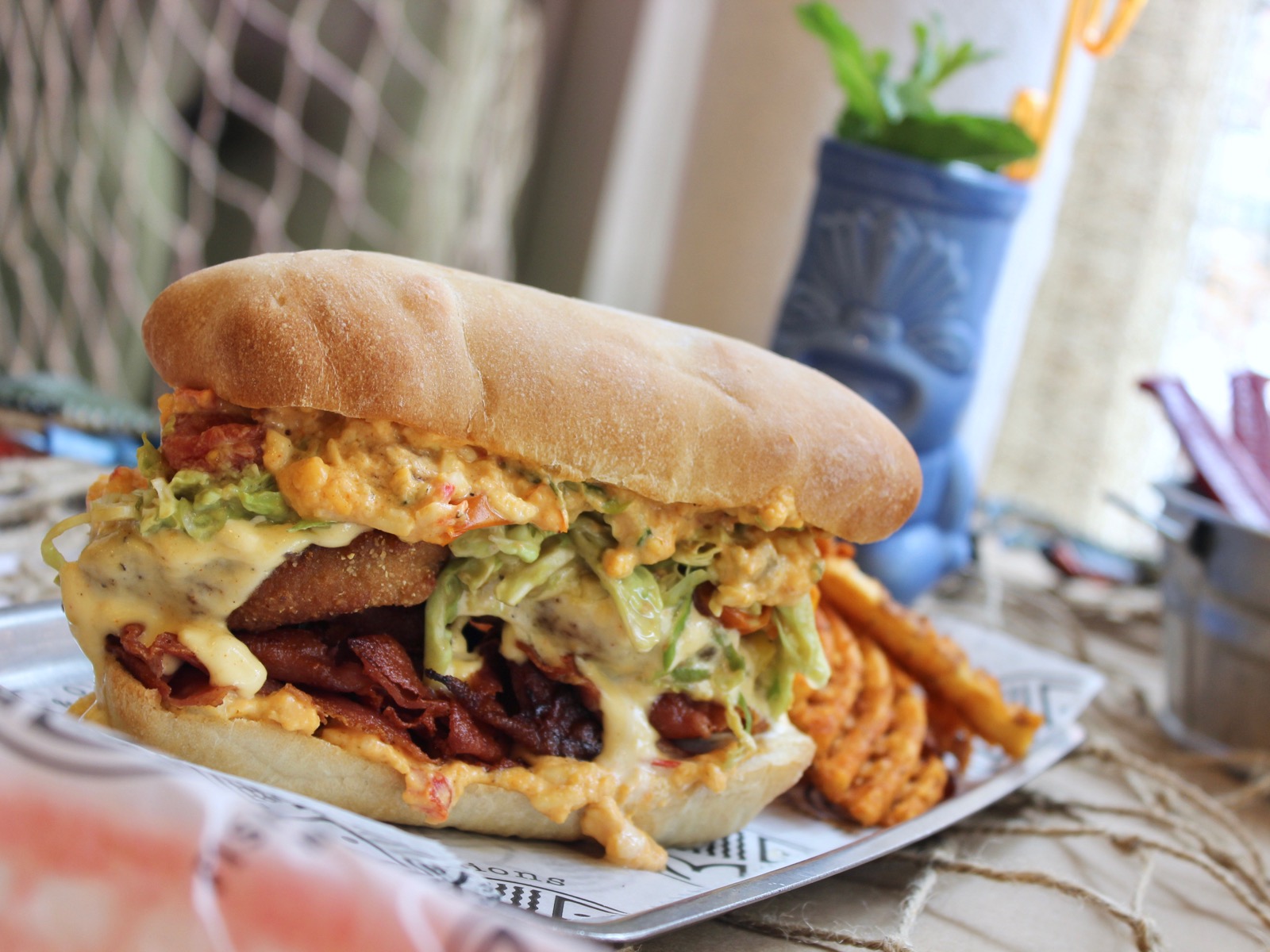 "Fried bologna takes me back to my childhood," says Miller. "In the south it’s always sliced thinly and served a little bit charred, and that’s what we’re going for here… in a way, we’re creating a Southern BLT."

Thirsty? There’s a Hurricane on Saturn waiting for you. This drink, which boasts dark and white rum and gin along with passionfruit, Walnut Orgeat, Velvet Falernum and lime, blends the spirit of a hurricane with the soul of tiki ($12)

There's also a big ole turkey leg, the masterpiece of festival foods, all spiffed up as only the folks from Third Coast & Merriment Social can do. 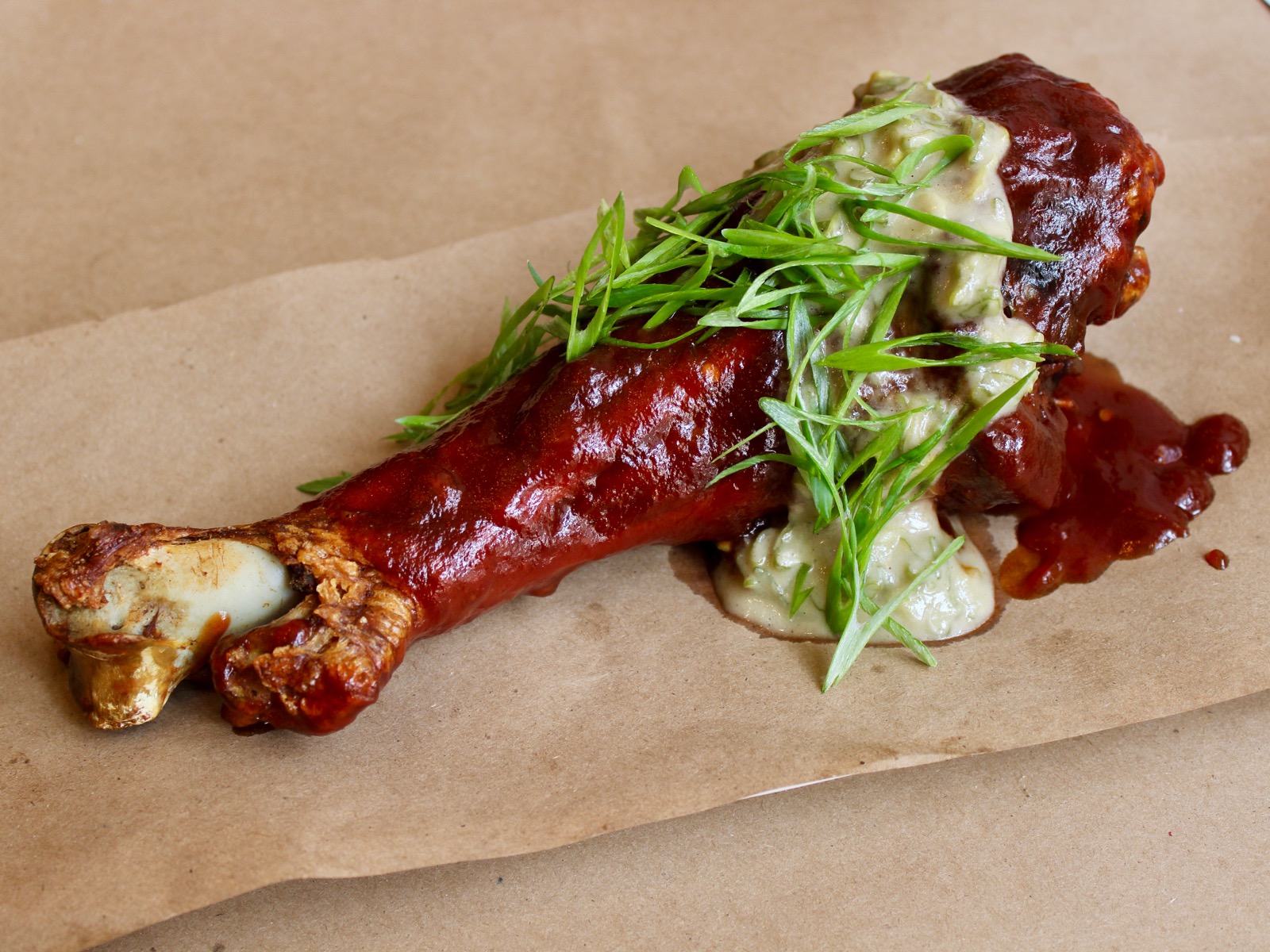 This leg starts off with a pickle brine. Then it’s smoked. Finally, it’s confited in duck fat, crisped and glazed with a vinegar-based barbecue sauce made with Steen’s cane sugar vinegar. That’s topped with a scallion-heavy vinaigrette that just adds to the flavor party ($15). It's delicious.

But don’t fill up too quickly. After all, this is a crab shack so you’ll want to save room for the belle of the ball: the seafood boil. 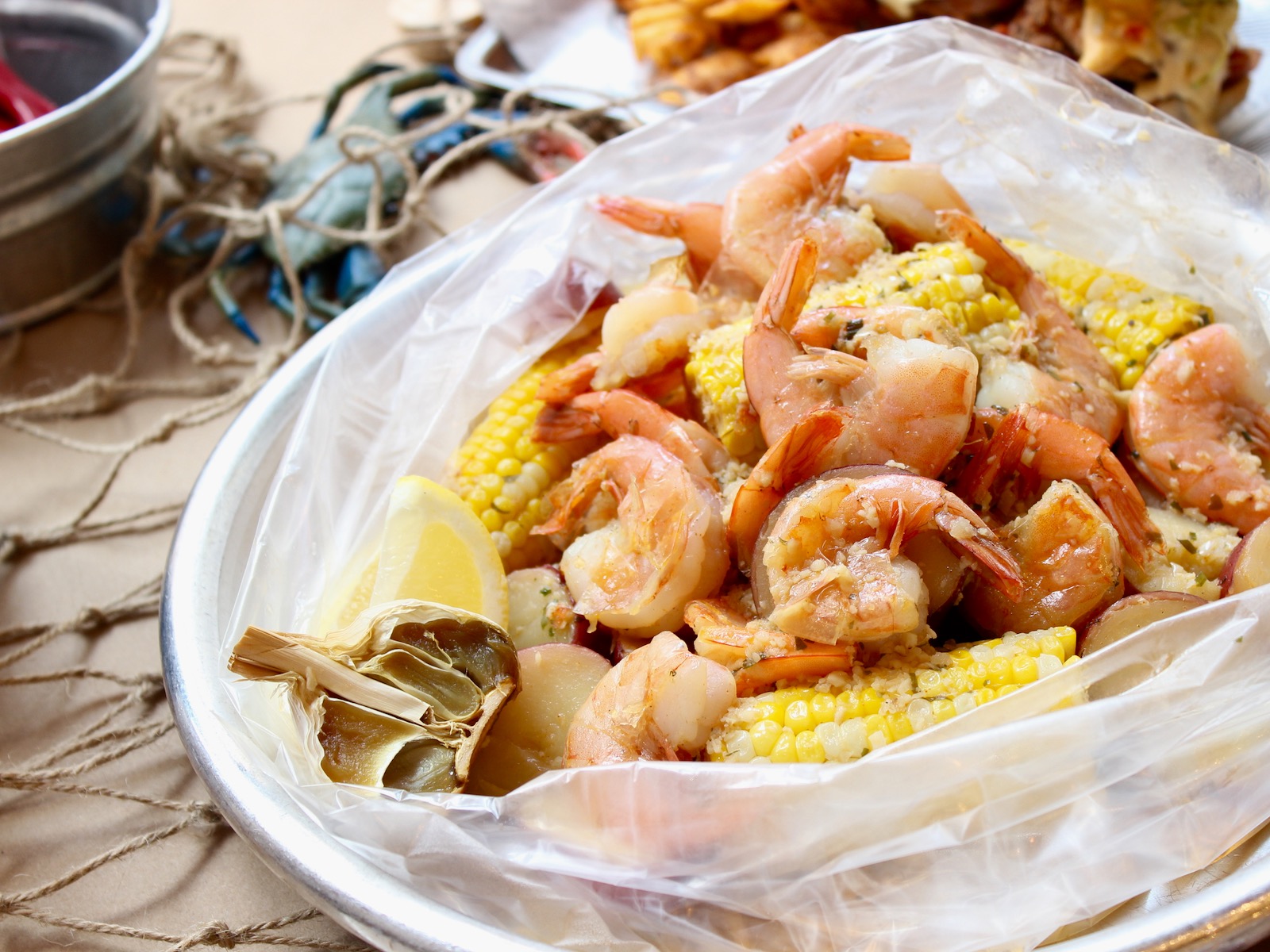 Before you order, you’ll have a few choices to make. 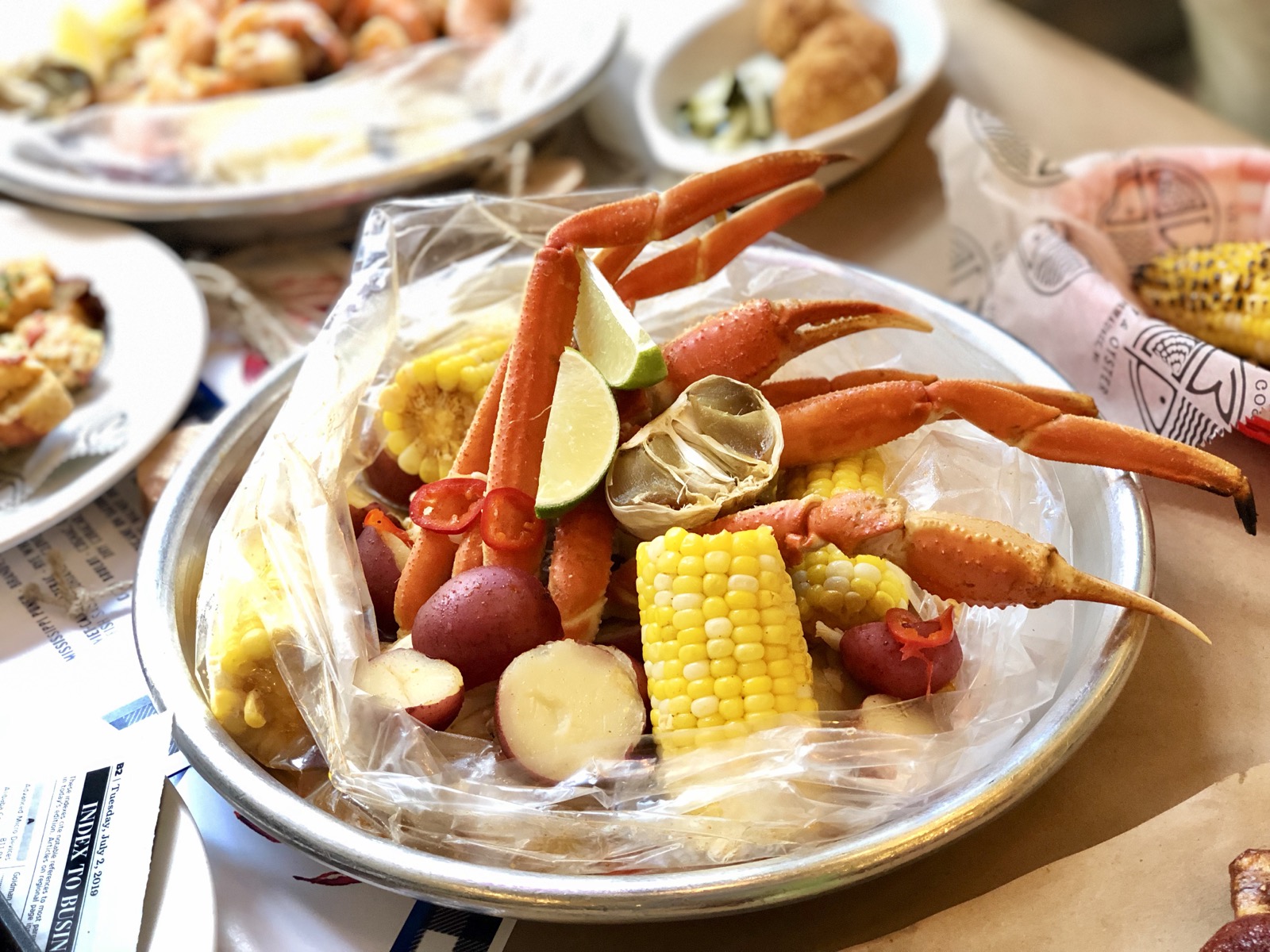 Got your order in? Now just you’ll wait patiently, sip on your cocktail and chat with your friends while the kitchen preps your delicious feast. Upon delivery, your server will prep the bag(s) by turning the ingredients to distribute the sauce evenly before slicing the bag open. Be careful. It’s steamy in there.

Before things start to cool off too much, you'll want to squeeze the roasted garlic and citrus on top of everything. You also have the option of adding housemade hot sauce (a citrus-forward sauce made with habaneros, serranos and jalapenos); according to Miller, the hot sauce pulls out even more of the flavors in the Viet-Cajun broth. And – when applied judiciously – it’s not too spicy for ordinary human beings.

All good? Slap on your bib and go to town. 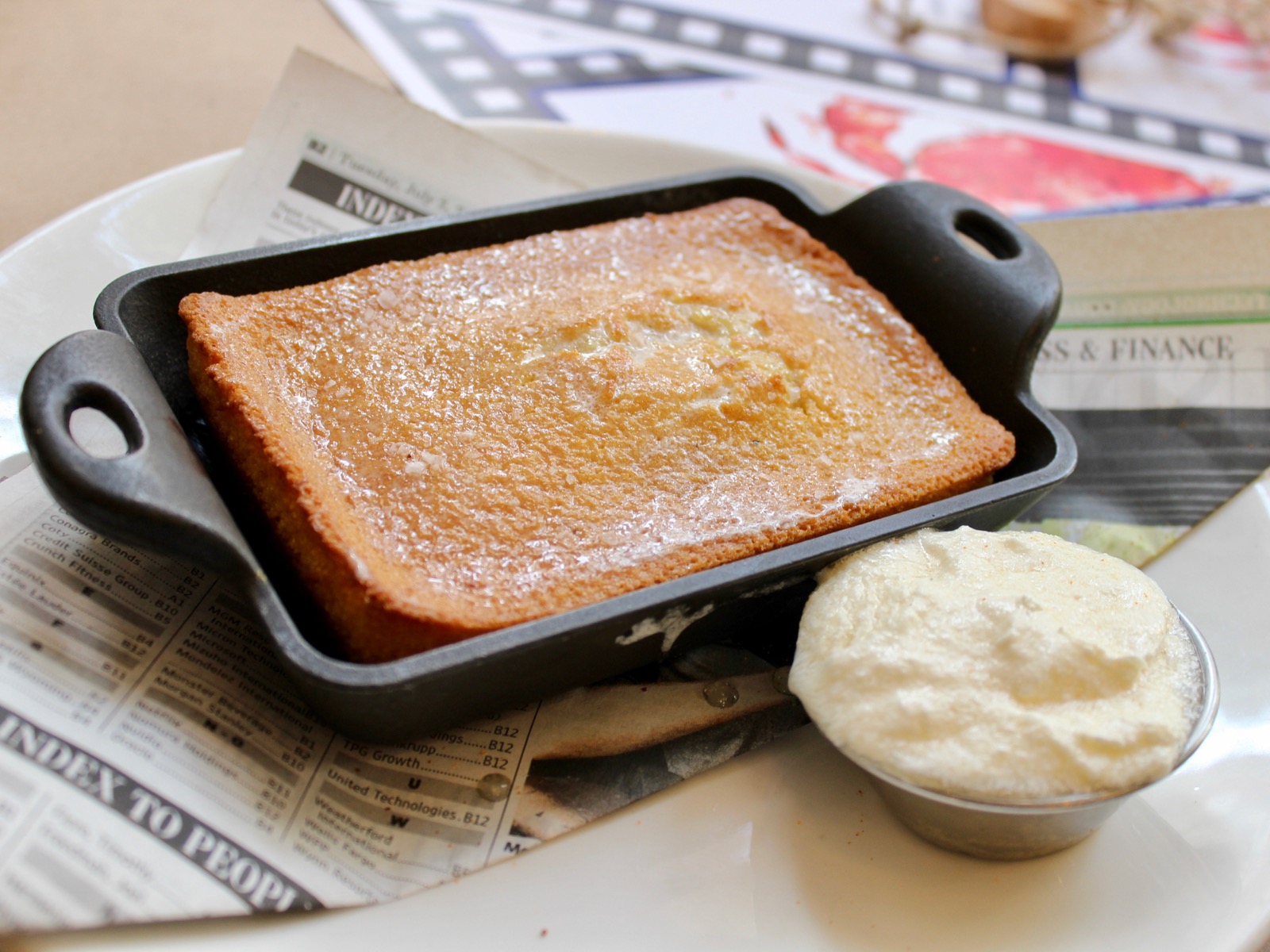 "I’ve been making and eating cornbread for a long time," notes Miller. "At the restaurant, we’ll make it into gnocchi or pair it with something like walleye. It adds a really comforting element. This is a recipe we’ve tweaked over the last 8 or nine years."

You can tell. This corn bread is made with corn oil, which gives it a really nice moisture content and almost cake-like texture. It’s delicious with the Southern-style fermented honey butter spread on top.

If you’re a fan of the Sazerac, you’ll probably want to try the umami-rich Viet-Cajun Sazarac, a relatively classic build of the popular cocktail that’s amped up with flavors like lemongrass, coriander, clove and a brush of fish sauce ($10) "You’re not going to taste the fish sauce," says Lowery, "But it provides that same backbone in the cocktail that it does in a savory recipe."

Pretty sure it would go nicely with the Viet-Cajun version of either the shrimp or crab.

If that’s not quite your style, you could always branch out with another New Orleans classic, the Brandy Crusta made with Cognac, Dry Curacao, maraschino liqueur and lemon ($11). "It’s the most obscure cocktail we’re featuring, so we kept this one faithful and true to the original," Lowery notes. 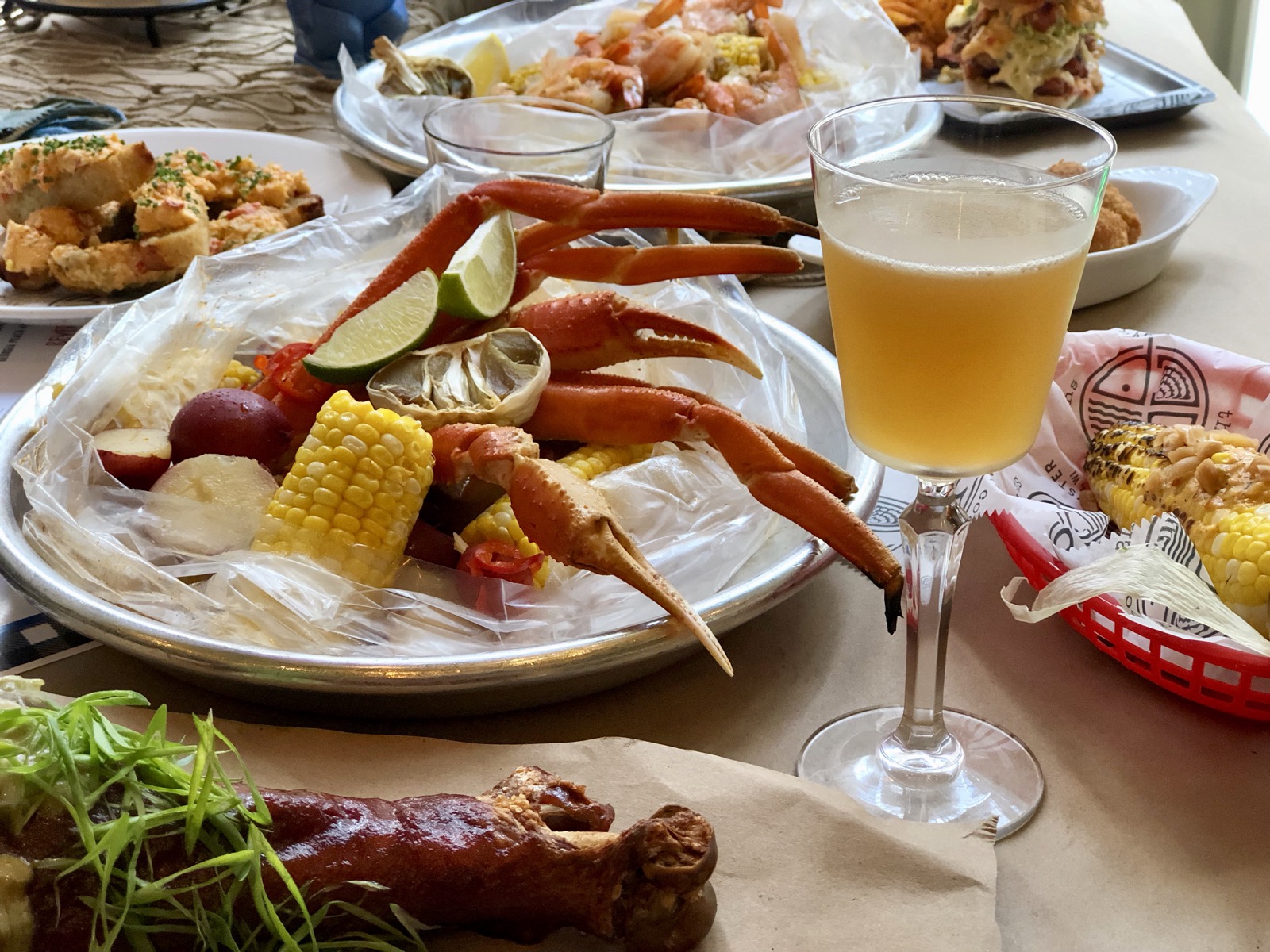 Then, of course, there’s dessert. Executive Pastry Chef Jonna Jzaczek has created extraordinarily little Georgia peach and pecan pies that are laced with bourbon and settled into a delicious bacon fat crust ($7). 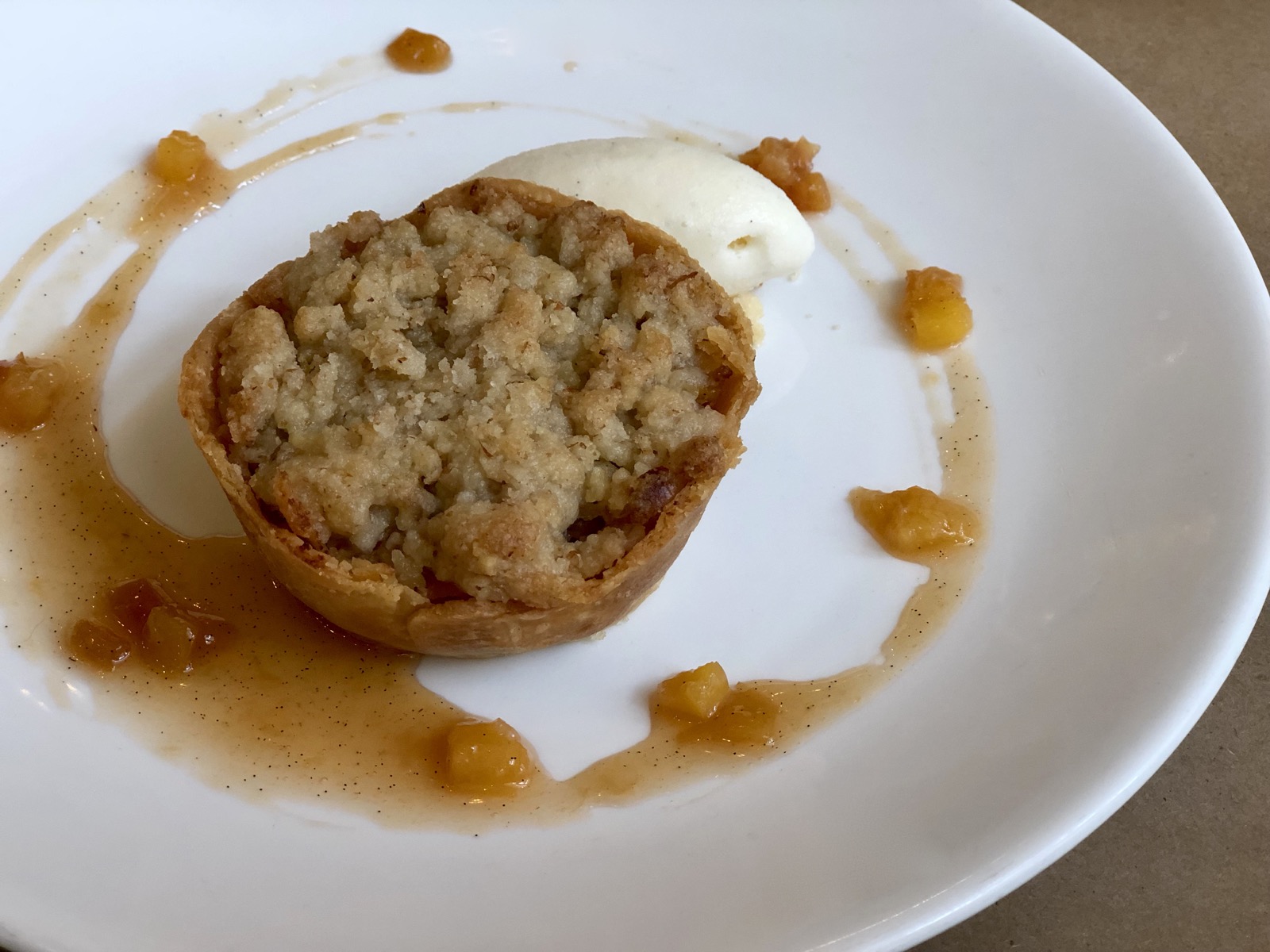 The end of your meal could also be a good time to try out a Cold Brulot, a coffee and cognac cocktail that blends New Orleans chickory coffee with nutty sherry and cognac. It’s smooth and not too sweet, and it goes down a bit like Vietnamese iced coffee thanks to a splash of sweetened condensed milk ($11).

The Pistol Pete’s Crab Shack pop-up begins Monday, July 8 and takes place Monday through Saturday from 5 to 9 p.m. (potentially through the end of August or just a skosh longer). Happy hour specials – including oysters (Just $1 each) – will also be available Monday through Friday from 4 to 6 p.m.

Flowers for Dreams pops up next week at Milwaukee Public Market