There is, apparently, an old Jordanian adage that reads: "Even when you're full, you can still always eat 40 more bites of food." And it's an apt quotation when you talk about the Middle Eastern bounty at Pita Palace.

There is, apparently, an old Jordanian adage that reads: "Even when you’re full, you can still always eat 40 more bites of food." And it’s an apt quotation when you talk about the Middle Eastern bounty at Pita Palace.

For the past number of years, I’ve considered the Al Yousef Supermarket & Restaurant in Oak Creek to be among the best places to find great Middle Eastern food in the area. In truth, the restaurant there is little more than a take-out counter tucked inside the grocer.

Fortunately, the day came this summer when Al Yousef owner Yousef Abdallah opened Pita Palace, a restaurant which combines the convenience of a fast-casual counter service spot with a spacious dining room hung with chandeliers and niceties like metal flatware and "real" dishes.

Of course, great food doesn’t need a real plate to taste good. But it’s nice to have both. It’s also a pleasure to encounter a Middle Eastern restaurant where offerings go beyond the usual kebabs, hummus and baba ghanouj (though you can certainly indulge in all three there, as well). 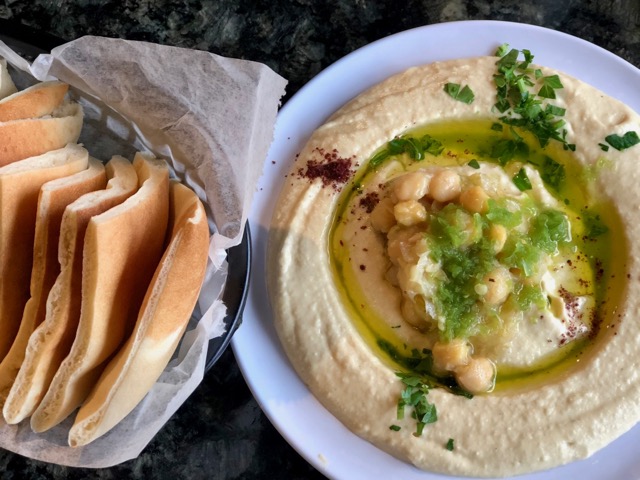 If you like hummus, go for the foul mudamas, a tasty puree of mashed, boiled fava beans that originated in Egypt but which can now be found across the Mid-East. The robust legumes, which taste vaguely grassy, are enhanced by lemon, crushed garlic and cumin and served with pita bread. If you’d prefer, you can also order hummus/foul mix, which combines the nutty flavor of chickpeas with the vegetal notes of the favas, resulting in a dish that’s a nice departure from the norm.

If you're vegetarian (or simply vegetable loving), it's difficult to go wrong with staples like falafel; Pita Palace’s is good, particularly when fresh from the fryer. The chickpea balls are ultra crisp with a light, airy interior that’s nicely flecked with fresh parsley. The nutty flavor is lovely accompanied by the citrus-forward tahini sauce. 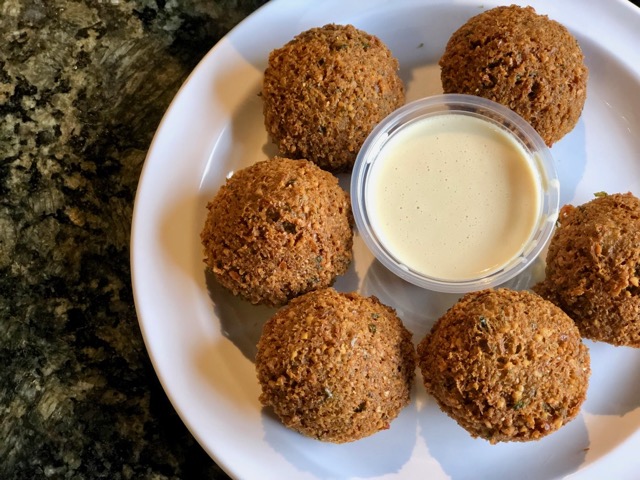 Among other standards is shawarma; both beef and chicken are roasted on vertical spits behind the counter. Each is sliced to order and can be enjoyed as a plate (accompanied by rice, hummus and salad).

In this case, I’d recommend ordering either one as a sandwich. The chicken is at its best served on chewy Arabic shrak bread with cucumber pickles and a nice dose of garlic sauce; and the beef, which gets quite crisp on its edges, benefits from the tomatoes and tahini sauce when ordered on a pita. 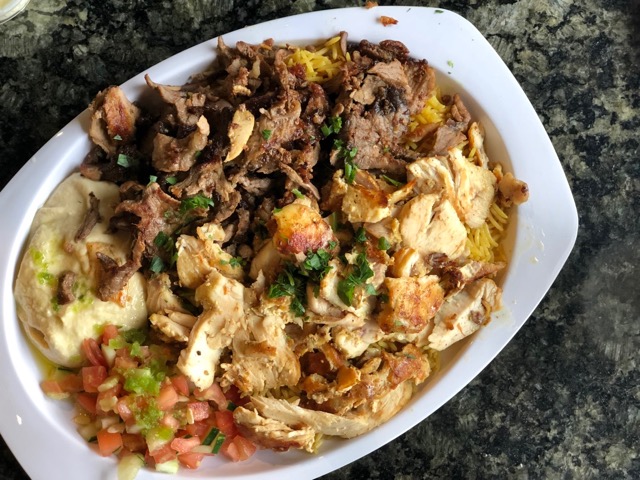 However, the standouts among the entrees on the regular menu include the beautifully bright shish tawook. Comprised of chicken that’s been marinated with yogurt, citrus and plenty of garlic, it’s a flavorful dish that’s eaten widely across the Middle East from Turkey and Lebanon to Syria, Palestine and Iraq. And it’s particularly good at Pita Palace.

I’d say the same of the beef kufta, a ground meat kebab which is notably tender – even juicy – with a meaty flavor that’s redolent of garlic. It’s lovely with the bright tahini sauce, which cuts the fattiness a bit. 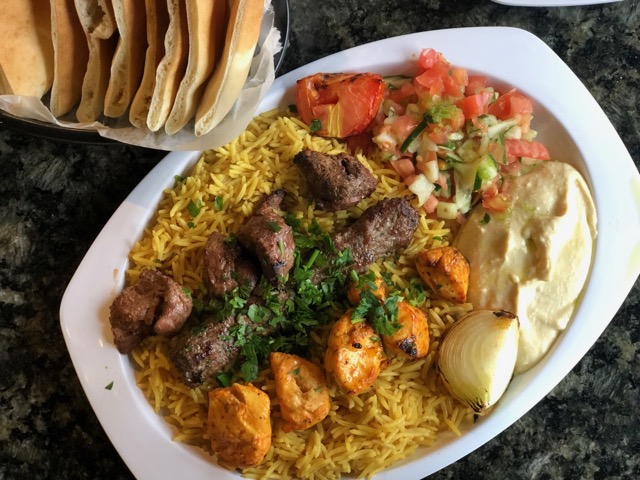 You can try both at once (along with a skewer of char-grilled beef) on the Pita Palace Mix Grill, which is a nice choice for the indecisive. It’s served with grilled tomatoes and onions, fragrant spiced rice, hummus and a salad of fresh cucumber, tomato, lemon and olive oil.

If you’re looking for dishes that fall well outside the norm, be sure to check out the specials, particularly on weekends. Friday and Saturday you can indulge in mensaf, a Bedouin dish featuring ultra-tender lamb cooked with yogurt and served with rice. It's dish popular in Jordan and one I haven't seen since it was served at the now closed Nablus Restaurant & Sweets on Layton.

Meanwhile, Sundays offer the opportunity to try maklobah, a word which means "upside down" in Arabic. It's a Levantine dish that's layered and cooked in a pot and inverted before serving. At Pita Palace it's made with chicken.

You'll also find numerous other dishes including kidra (Palestinian spiced chicken with chickpeas and rice) and bamieh, a fragrant stew with okra and cubed beef that's spiced with cumin and coriander.

Branch out and try them all. They’re dishes not often seen in Milwaukee.