There are countless spots to get your pizza fix in the Milwaukee metro area. But few offer the diversity of options you'll find at Pizza Studio, which caters to customers looking for premium pizza that's both fast and affordable.

There are countless spots to get your pizza fix in the Milwaukee metro area. But few offer the diversity of options you’ll find at Pizza Studio, which caters to customers looking for premium pizza that’s both fast and affordable.

The fast casual pizza restaurant is tucked away on the Northwest corner of the Glendale Marketplace at 6969 N. Port Washington Rd. And it serves a menu of fully customizable pizzas with options for vegans, vegetarians, gluten-free and low-carb diners. 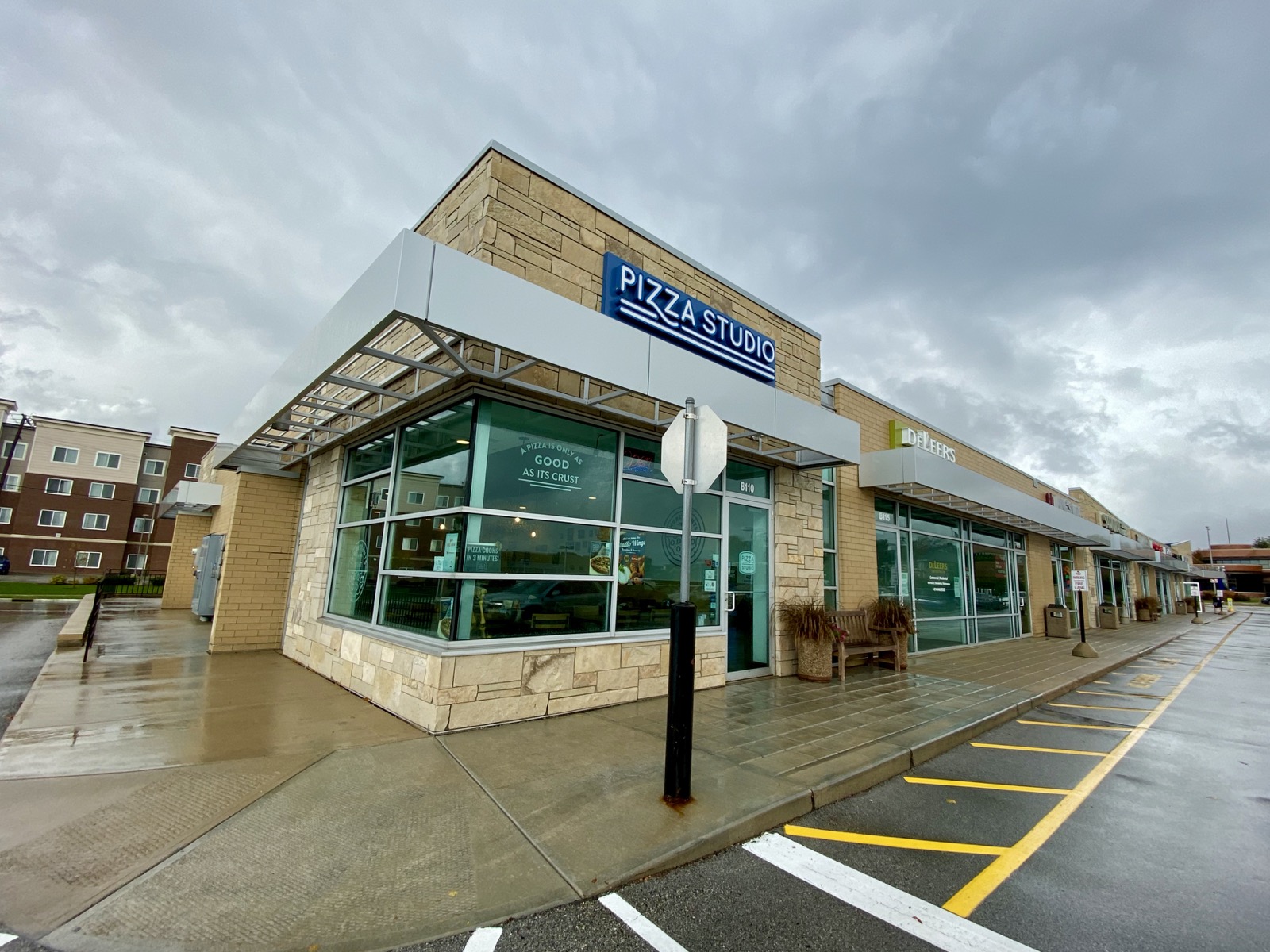 From California to Wisconsin

Walk into Pizza Studio and you’ll find a bright modern restaurant complete with warm wood and metal accents, menu boards and plenty of seating at both high- and low-top tables. 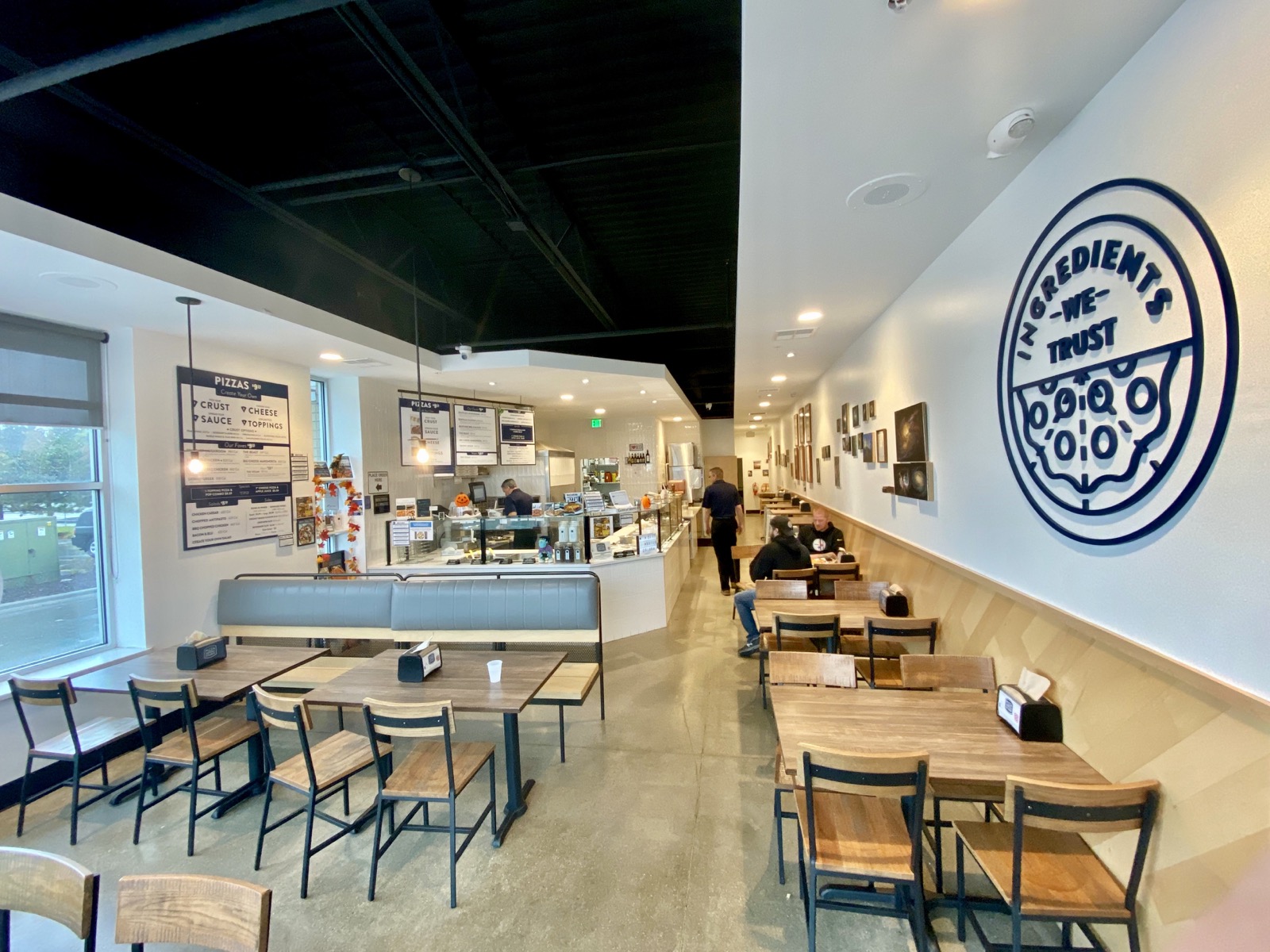 "Most are young artists who are working full-time jobs, and this is just a really nice way of showcasing what they do and giving them some exposure," says owner Aaron Hurvitz. 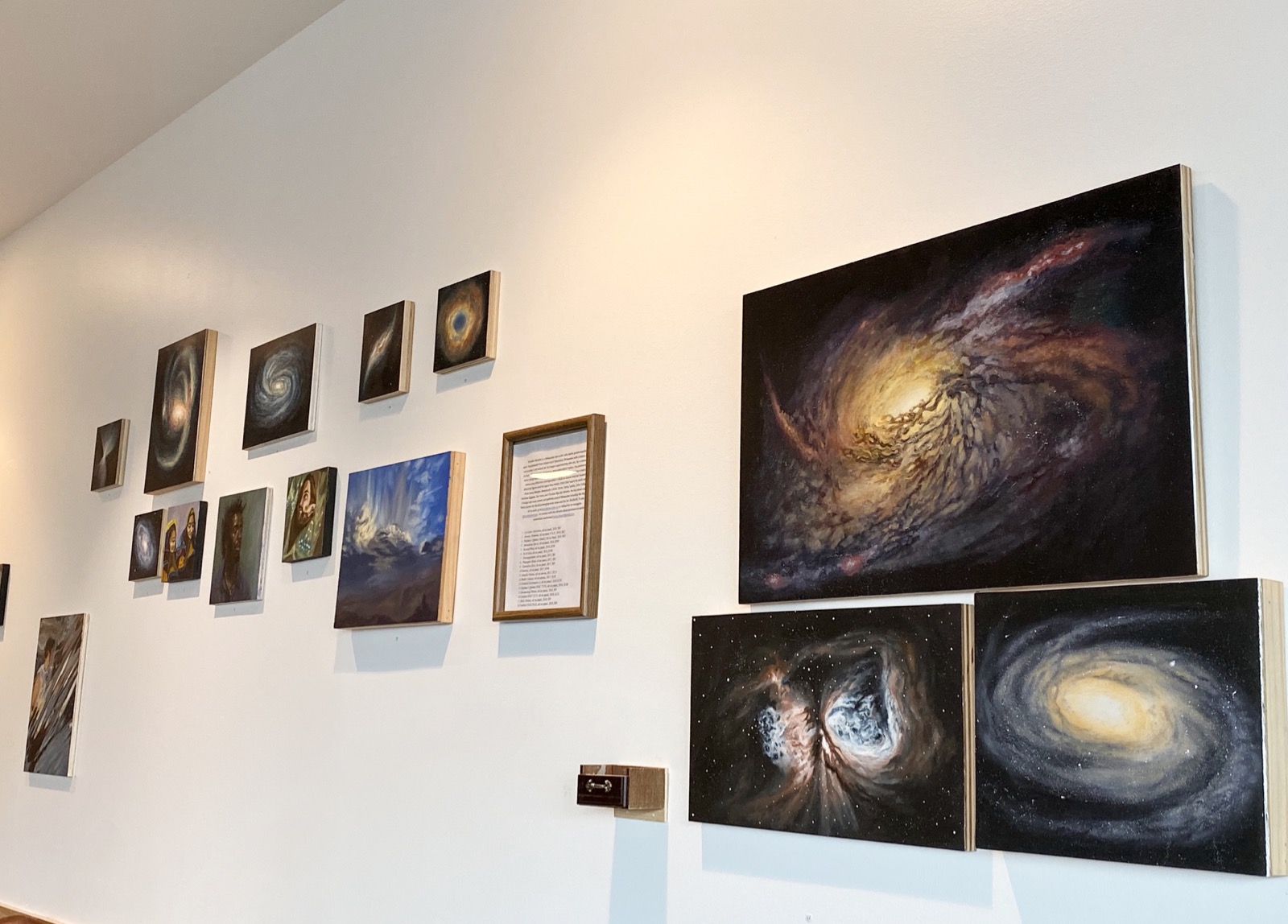 "I’m a big believer in art’s contribution to community and commerce. I think it brings people to a place. In fact, I’m actually convinced we need something like Black Cat Alley here in Glendale. I’d love it if we could showcase a mural on the backside of our building."

Hurvitz, a former lawyer, jokes that he’d much rather serve up pizzas than complaints. "Food makes people happy," he says. "Unlike law, which rarely makes people smile."

He says his foray into the restaurant industry was inspired by a trip to California to visit his parents.

"My dad wanted to go to a froufrou vegan place I knew my kids wouldn’t like," he says. "But right next door was a Pizza Studio, so we decided to try it out."

Hurvitz ordered a truffled mushroom pizza, his dad got a margherita, and his son ordered a Buffalo chicken pizza.

"And there we were, three generations of diners, and we all found something we loved," he says. "It was a lightbulb moment for me. And I realized I had the unique opportunity to bring something new – that I really liked – to Wisconsin."

So Hurvitz applied for the rights to operate the franchise in Wisconsin, opening the state’s first Pizza Studio in July 2018. 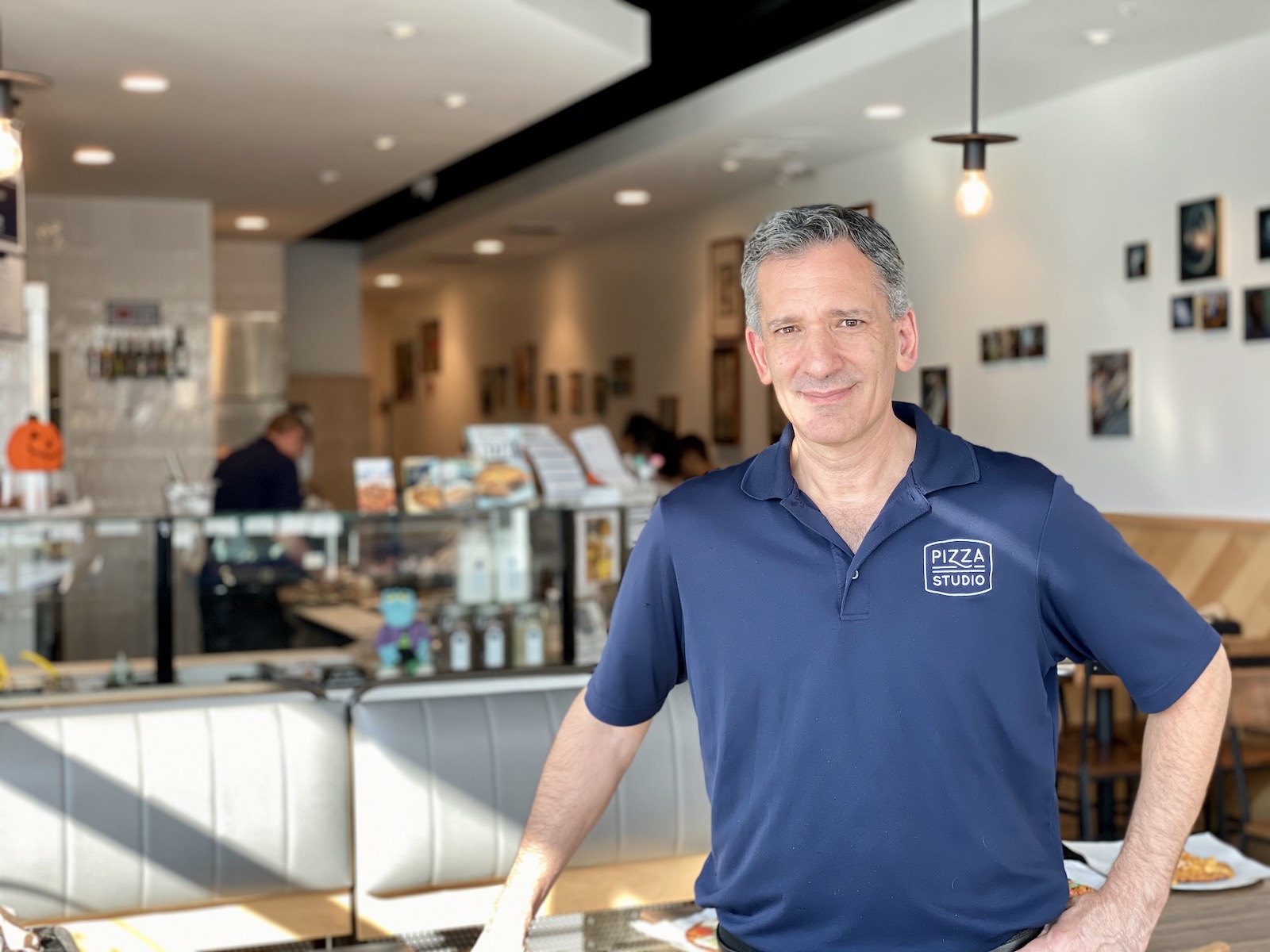 Variety is the spice of life

Choices at Pizza Studio begin with the crust, which comes in six varieties including traditional, whole wheat and flax seed, rosemary and herb and spicy Firecracker. But the list goes on from there, including a gluten-free crust and a low-carb keto-friendly cauliflower crust that’s cracker thin and ultra-crisp.

Pies are baked in a Wisconsin-made Ovention conveyor oven which uses a combination of high heat and state-of-the art airflow to ensure a consistently baked pizza in right around 3 minutes. Customers can also order par-baked pies for carry-out or delivery. 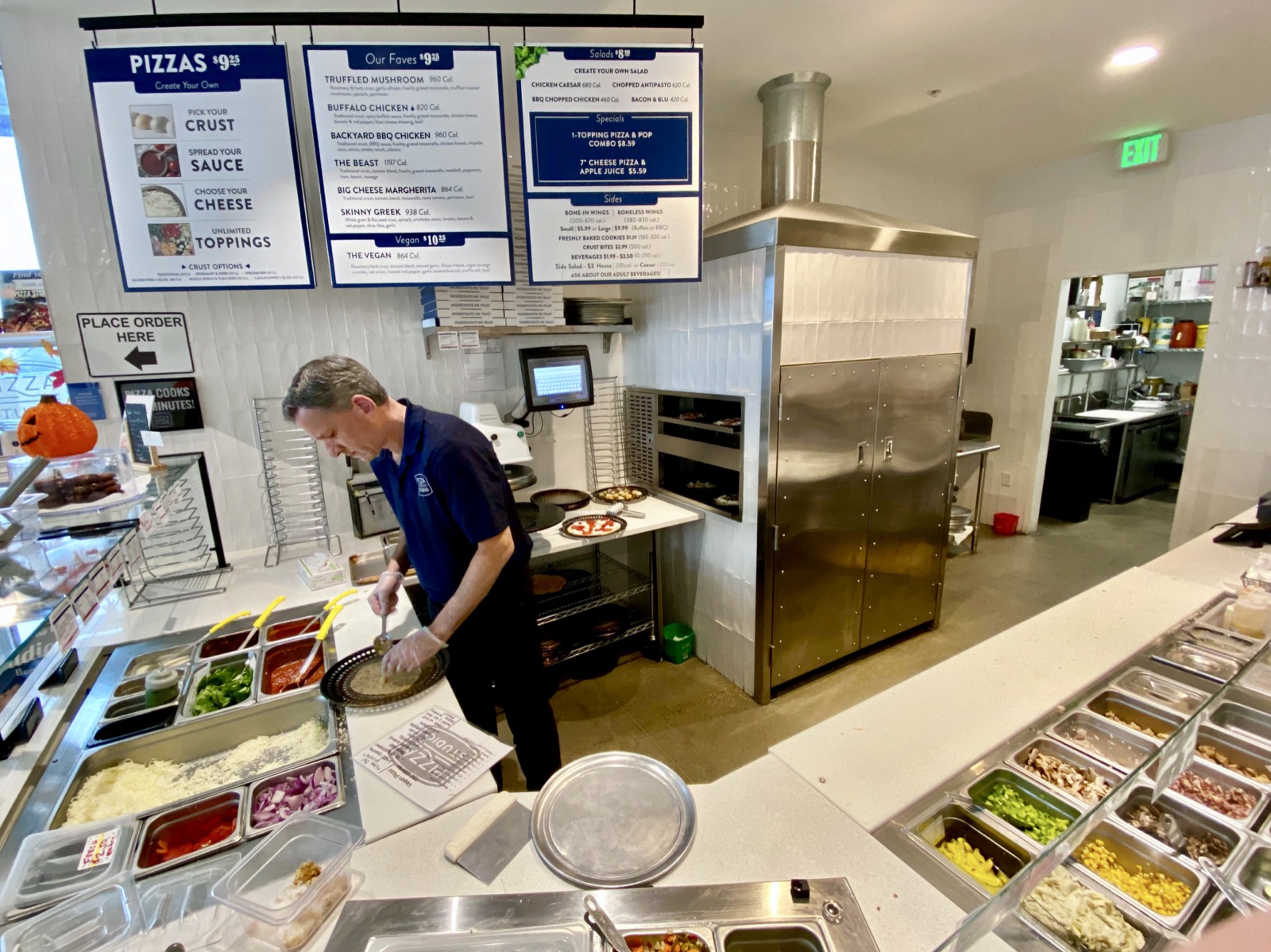 An 11-inch personal pizza with unlimited toppings will cost you $9.25 with a traditional crust or $11.75 with a gluten-free or cauliflower crust. There are also half-size 7-inch pies and 16-inch large pies (available with traditional crust only).

Guests can also choose from any number of 11-inch signature pizzas for $9.25 each. 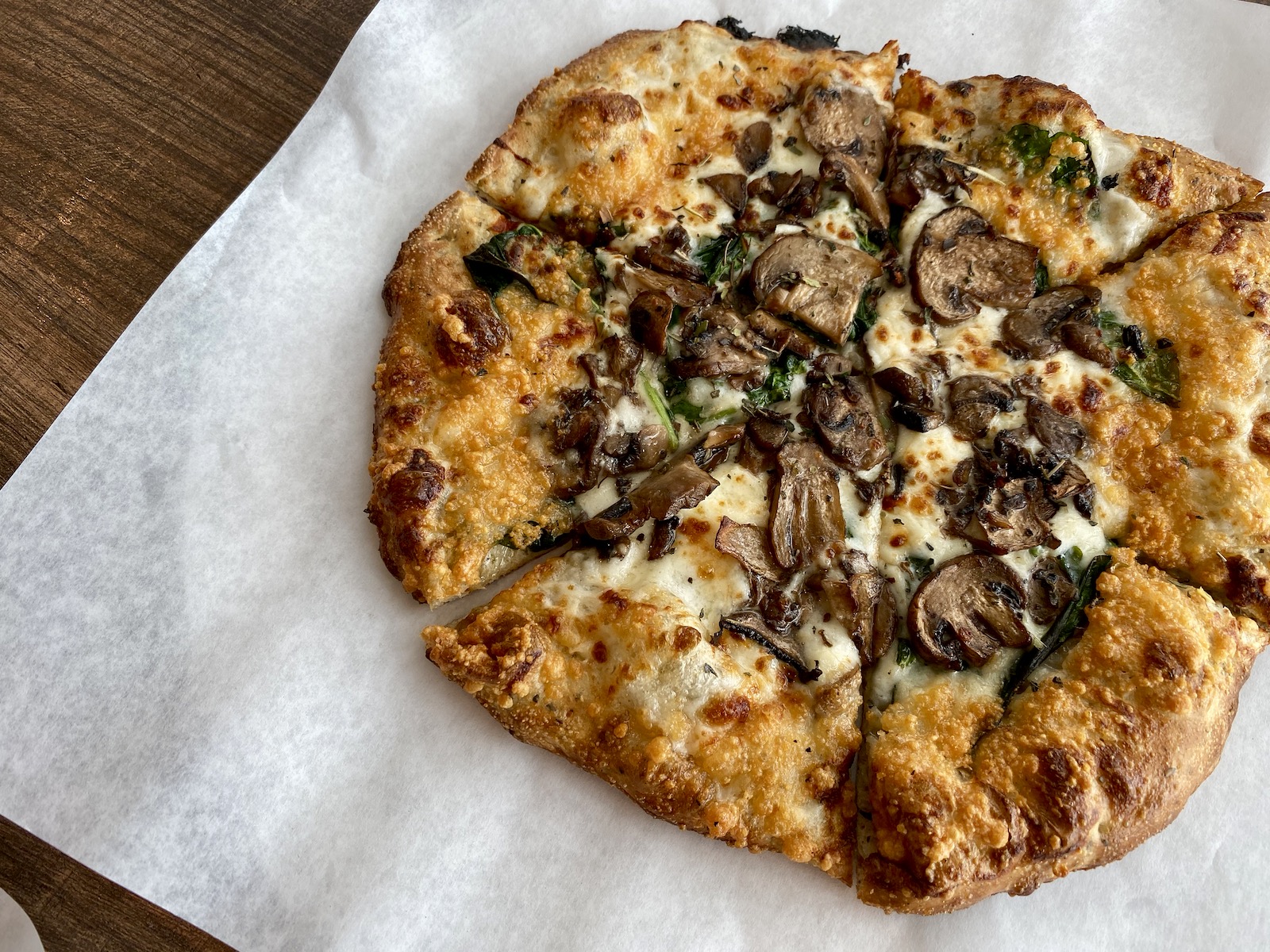 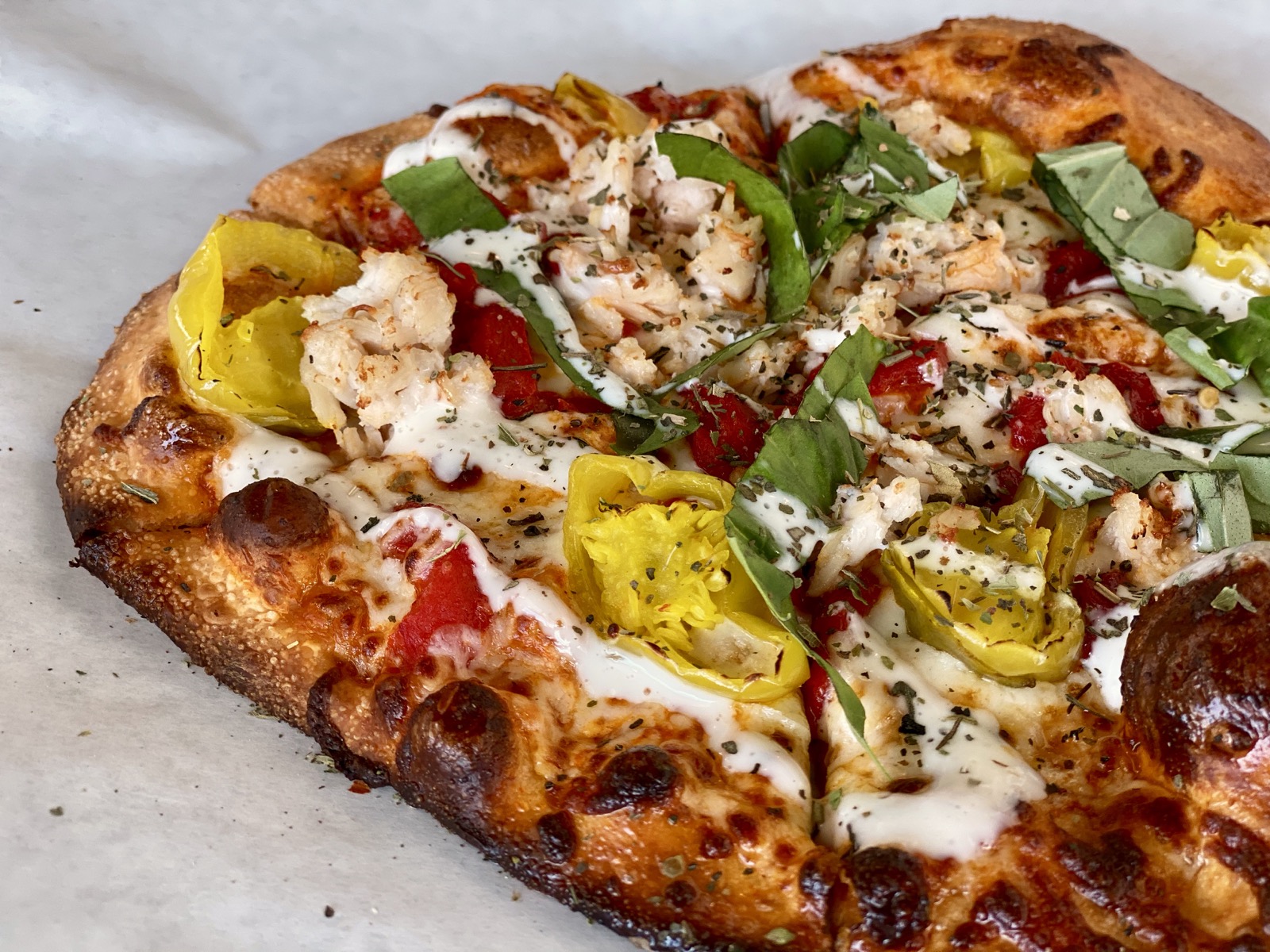 Among new offerings is a Caprese Pizza: a traditional crust topped with fresh mozzarella, tomatoes and basil for $10.25 on traditional crust; $2.50 more for gluten-free or cauliflower crust (pictured). 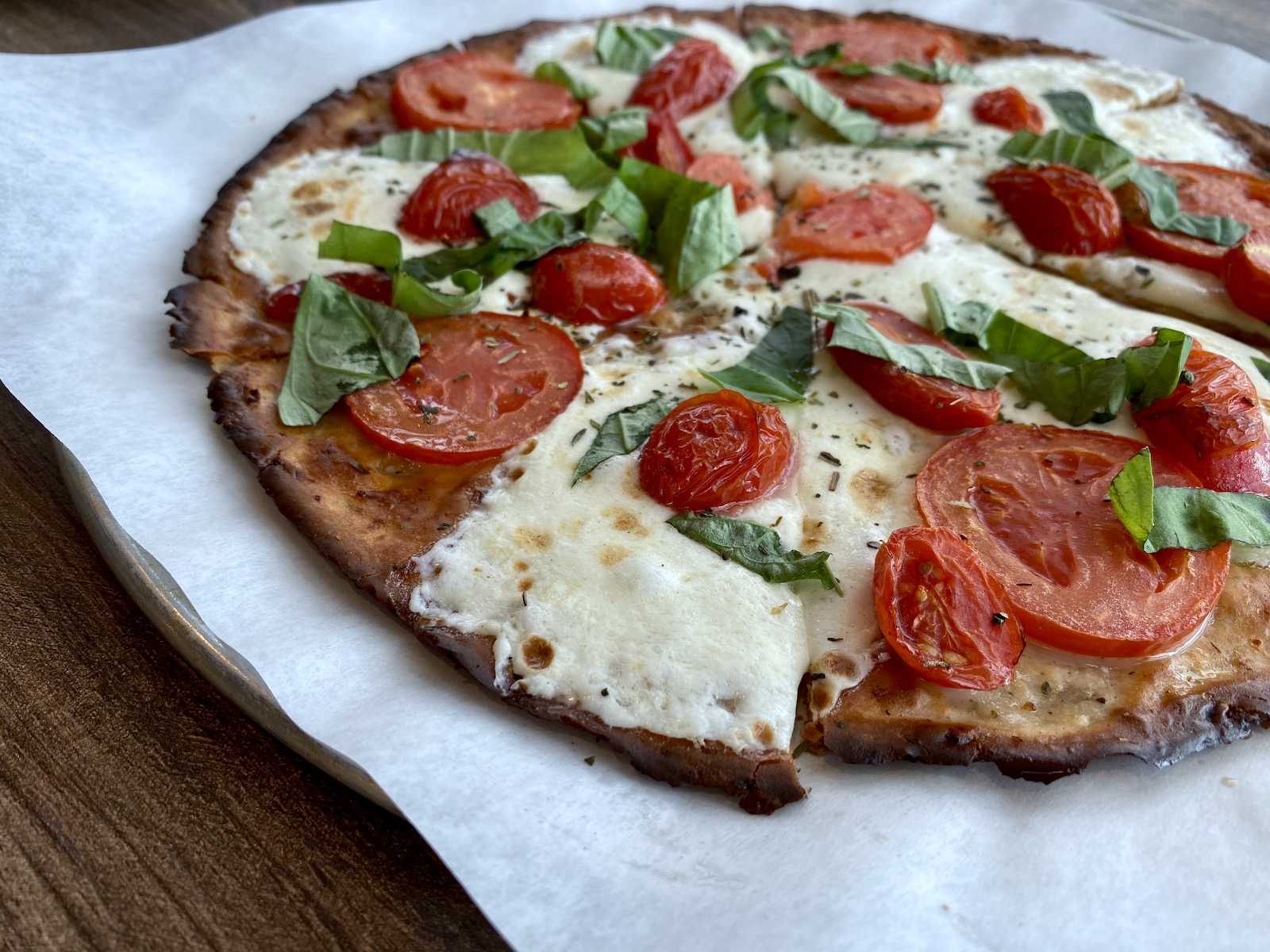 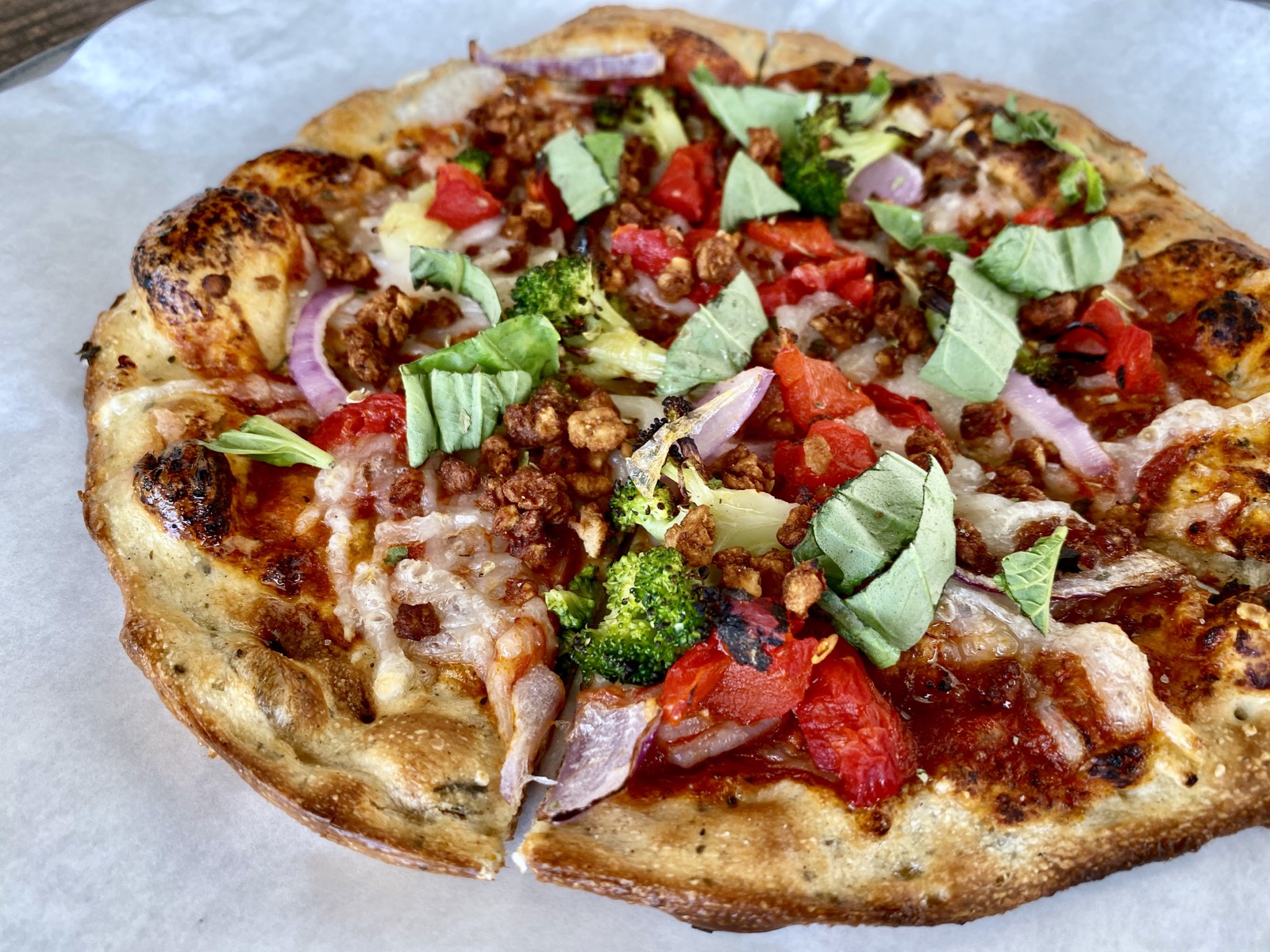 Hurvitz says he enjoys presenting fun new choices for customers. It’s prompted him to introduce "Face Pizza," the guest’s choice of pizza topped with an assortment of ingredients in the shape of a smiley face. Next time you visit – especially during a less busy moment – ask for one. The happy, artfully composed pies are sure to invoke a smile from children and adults alike.

Pizza Studio also offers a selection of freshly made salads (chicken Caesar, antipasto, bacon and blue or custom-built), as well as bone-in and boneless wings, potato bites (twice-baked potato halves filled with cheese and rosemary or a choice of up to two toppings) and a meatball calzone featuring a filling of meatballs, mozzarella and tomato sauce.

For dessert, try Pizza Studios freshly baked cookies or ice cream sandwiches. Or, if you're feeling virtuous, maybe even a cookie salad.

Did someone want salad?

Dine-in customers can also enjoy a selection of bottled Wisconsin brews, White Claw or red and white wine pours along with a wide selection of non-alcoholic beverages from soft drinks to fruit punch.