Port Exploreum is more than a museum

What do you call a museum that's sorta not a museum? If you're the Port Washington Historical Society, you call your new hands-on Lake Michigan experience the Port Exploreum, which offers three stories of permanent and changing exhibits that focus on Lake Michigan.

What do you call a museum that’s sorta not a museum? If you’re the Port Washington Historical Society, you call your new hands-on Lake Michigan experience the Port Exploreum.

Located in a vintage downtown Port Washington cream city brick building that was days away from a date with the wrecking ball, the Port Exploreum offers three stories of permanent and changing exhibits that focus on Lake Michigan, with an eye of course, on Port Washington history, too.

The Exploreum, 118 N. Franklin St., opened in April with its first exhibit, "The Man Behind the Camera: Vern Biever," focusing on the Port lensman who captured decades of Packers history with his cameras. 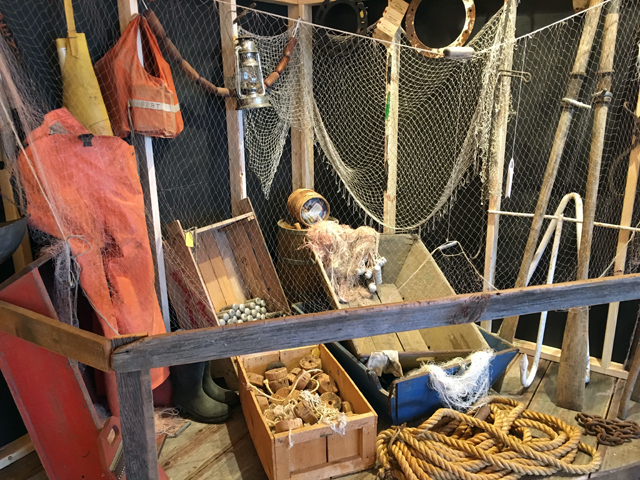 Now, the changing exhibit space looks out at the lake – both figuratively and quite literally via its windows and outdoor deck – in "Nothin’ But Nets," which examines the commercial fishing industry that built Port Washington.

The show features artifacts, photographs and informative interactives like a screen that plays oral history videos and an electronic table that offers up troves of historical information from local newspapers and other sources.

But the main feature is the Lake Michigan Experience, an interactive electronic table that is fed data on lake bed depths, shipwrecks, current weather and the real-time movement of commercial shipping on the lake and more to create a vibrant and engaging look at Lake Michigan. 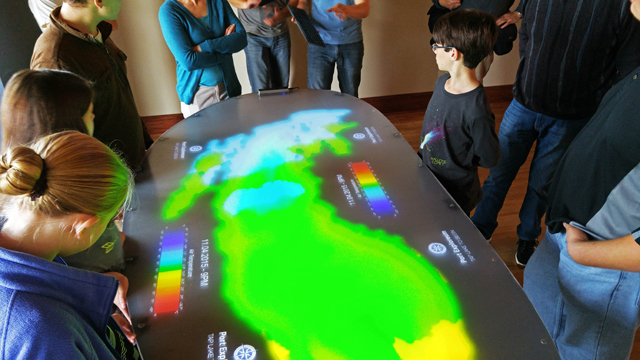 "This table is remarkable because it showcases one of our Great Lakes in a way that’s never been done before," says Executive Director Wayne Chrusciel. "By adding it to our current line-up of technologically advanced exhibits, the Port Exploreum secures its position as a unique, world-class, family-focused museum."

The museum – sorry, the exploreum – exists in large part because of a single anonymous donor, who stepped in to save the 1907 building just before it was due to be razed.

"In late spring of 2012, this building was slated to be torn down," says Chrusciel, "and a gentlemen who grew up here but lives out on the East Coast said, ‘I can't let that happen.’ So, he called the historical society and said, ‘I want you to buy this building and make it a museum. I'll write you a check for a million dollars.’

"So, the society took the money and appointed a small task force and we took the building and turned it into a museum."

But they didn’t want to call it a museum, says Chrusciel.

"Once he gave us the money, he gave us his vision of what he wanted it to be. He wanted something that would appeal to young families because he had young family. They love going to museums. They live in New York City. So, they obviously saw the best and he wanted something more than just a small-time museum. But kids might normally run away from that, so we purposely didn't include the word museum in the name because we thought that would be a turnoff to kids."

And really, the Exploreum isn’t exactly a museum in the traditional sense. There are some artifacts, but not really all that many. Instead there are lots of interactive games, videos, the electronic tables, boat models and more – the lower level mimics the deck of a lake schooner – that help bring the history and the ecology of Lake Michigan alive for kids (and adults) of all ages. 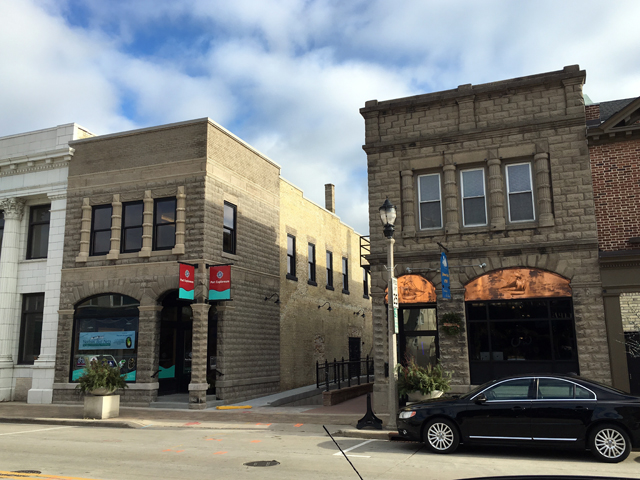 The building itself is quite striking. Outside, you’ll notice the two-story building’s stone facade with columns between the second floor windows and the arches above the entry and the large first floor window. Stand back far enough and you’ll see that across the alley is the building’s mirror-image twin.

Step inside and there’s a striking hanging sculpture that spins. It’s called "The Mariners’ Globe" and is the work of Bill Prince and Vance Coisman.

The Henry & Hill Building was erected in as a social club for businessmen.

"The building was built by the guys who started Port Washington State Bank (which was located next door)," says Chrusciel. "They wanted another building to entertain their guests, so they built the businessmen’s club. The owners of the bank wanted entertain customers (and) maybe potential customers." 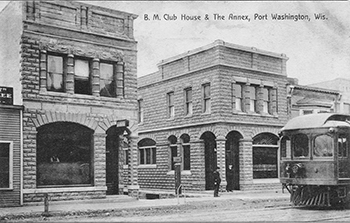 One of the ways they did so, it seems, was bowling. When work began to renovate the building for the Port Exploreum, three bowling alleys were found and you can still see them today on the main level. Go to the far end of the room and you’ll see a trap door that allowed pin-setters access to the basement. 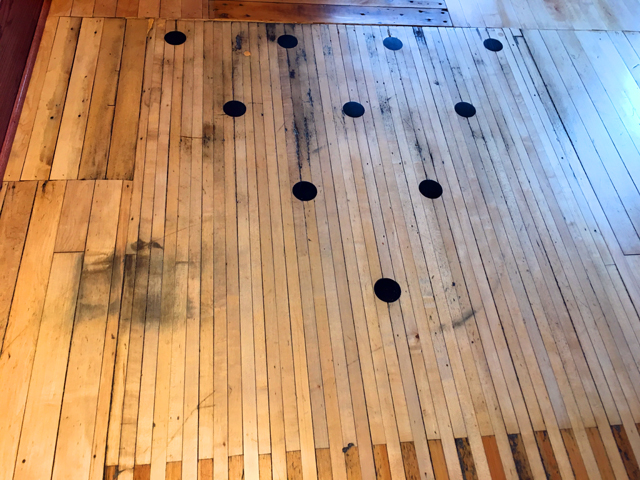 If you’ve ever wanted to see how a bowling lane is built, head to the stairs to the basement and look at where the floor meets the steps to get a cross-sectional view of one of the lane.

Later the building served as a grocery store – with an apartment upstairs – for 60 years. Then the bank next door, by then called the National Bank, opened up a connector and moved in.

"(They) came in and knocked those two alcoves (open)," says Chrusciel. "That was (an opening) going into that building and this (first floor) was the commercial loan area. Upstairs are apartments. We also had people tell us they came here and in the basement they took piano lessons. So the building has been of different things.

"Then about, I'd say the late ‘90s, early 2000s, it was abandoned because the bank next door stopped operating and then it just sat here. A developer from Milwaukee bought the building with some investors in 2006. They were going to build condos."

When that project fell apart, the city of Port Washington acquired the building on a tax lien and prepared to demolish it. Now, a developer is building condos in the bank building next door and on a large corner lot to the north.

And the Exploreum is here for families to enjoy, thanks to seed money from a big donor and the hard work of volunteers and a very small staff.

"Just a few years ago," says Chrusciel, "we only had a vision. Today, thanks to the generosity of numerous donors and supporters, our ‘museum experience destination’ is real, and has proven to be a positive experience for the thousands of people who have visited in the past seven months."