2019 Pride Parade to include a few firsts, including flying pickles

The Milwaukee Pride Parade celebrates its 15th anniversary on Sunday, June 9 at 2 p.m. when the heartwarming, colorful and (literally and figuratively) cheeky parade rolls down 2nd Street in Walker's Point.

Punch Bowl Social ladles up the Pride all year ‘round – and particularly during Milwaukee Pride Fest. So enjoy a full array of colorful and celebratory stories, videos and hot takes all week long!

The Milwaukee Pride Parade celebrates its 15th anniversary on Sunday, June 9 at 2 p.m. when the heartwarming, colorful and (literally and figuratively) cheeky parade rolls down Second Street in Walker’s Point.

The theme is "A Million Moments Of Pride" and 120+ organizations will participate in the parade. This year, a team of three or four people will share the role as Grand Marshall as well as provide information on LGBTQ history.

The parade has taken place on 2nd Street for 10 years and prior to that was located Downtown. The move to Walker’s Point made sense for social and historical reasons.

"Second Street in Walker’s Point is a very gay-centric area," says parade coordinator, Brent Holmes. "La Cage (formerly on the corner of Second Street and National Avenue) has always been the anchor of the gay nightlife. It was a good idea for us to move there."

The parade was originally operated by Pride Fest, but later became its own not-for-profit entity with sponsorships from bars, Miller Brewing and, this year, Harley-Davidson. For the first time in its 116-year history, Harley will be a part of a pride parade.

"We’re ecstatic, so happy to have them," says Holmes. 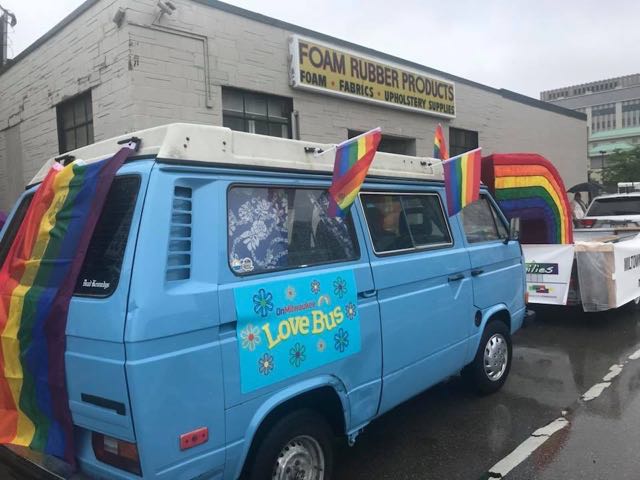 OnMilwaukee will return for a second year in the parade with the OnMilwaukee Love Bus, a vintage VW Bus decked out in rainbow glory. Members of the OnMilwaukee staff will hand out / toss bumper stickers, candy and Van Holten’s pickles in a pouch. (Ahem.)

"We are happy to donate a case of Hot Mamas and Big Papas for the parade," says Van Holten’s president, Steve Byrnes. 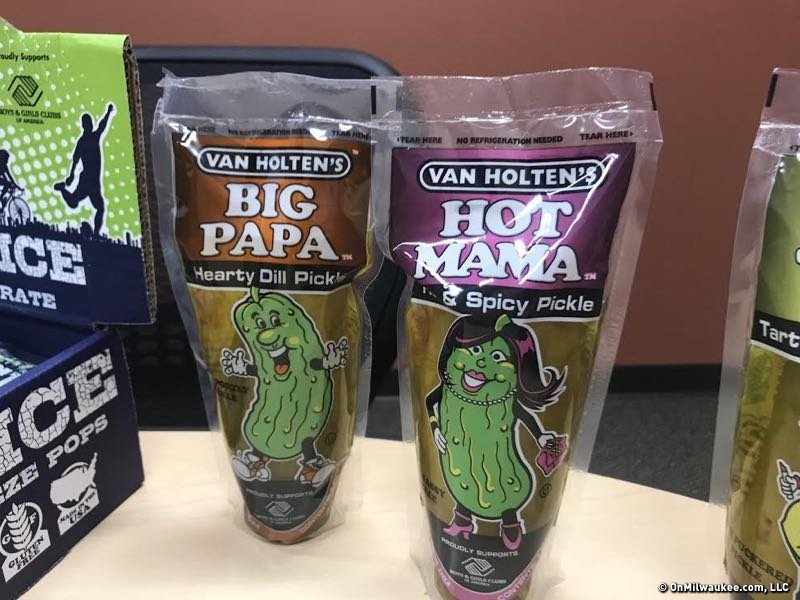 Holmes says each year the parade gets bigger, better and more inclusive. "Every year we think it was the best parade yet, and then we have another one and it gets dialed up to an 11 (on a 1-10 scale)," says Holmes.

For more information on the Milwaukee Pride Parade, go here.