Maybe you tried Kim's Thai for the first time when it was located in Pacific Produce on South 27th Street. But, have you tried their new dine-in location on Layton? Their comprehensive covers myriad Thai dishes from curries to whole Thai-style snapper.

Kim’s Thai originated as a vendor inside the Pacific Produce grocery store at 5455 S. 27th St., where owner Kim Paneboune offered up a variety of Thai dishes, mostly for carryout. But, last spring, the restaurant made the move to a strip mall on Layton Avenue where it expanded its menu and added space for eat-in diners.

The restaurant has a large menu (probably over 100 items), which means there are myriad choices. But, don’t let that scare you. Paneboune is masterful at creating rich, flavorful dishes. And she pays attention to the details, right down to making all of her sauces from scratch.

Type of food: Thai
Prices: Entrees $8.95-1795
Vegetarian friendly? Yes. In fact, there’s an entire section of the menu dedicated to vegetarian options.
Hours: Open seven days a week from 11 a.m. to 10 p.m.
Parking: There's generally plenty of parking in the lot right in front of the restaurant
Vibe/dress: Kim’s Thai has the super casual vibe you’d expect from a fast casual eatery. The space is cheery with bright green walls and touches of Thai-inspired flair. And you have your choice of seating at booths, four-top tables or at a bar along the windows in front of the restaurant.

Hits: You won’t want to leave without trying the stuffed chicken wings ($11.95), though be aware that they’re made fresh and can take a while to prepare. The deboned wings are stuffed with glass noodles, vegetables and chicken and fried until they’re browned and crisped. They’re delicious served up with a hot sauce that’s redolent of chilis and fish sauce. 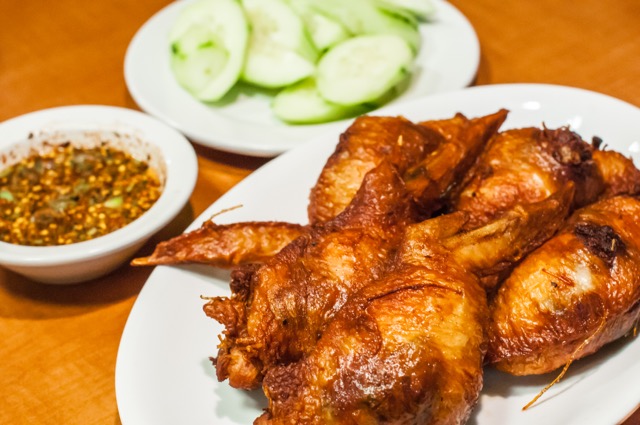 Tod mun (fish cakes) are also delicious ($8.95) offering up that classic springy texture while being flavorful and not-too-fishy. 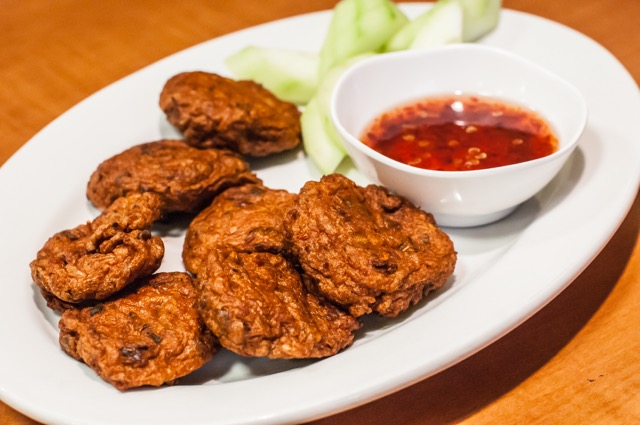 You also can’t go wrong with the curries. If I’m not in the mood for heat, I’ll generally opt for the panang curry, which is rich and thick and filled with all sort of delicious things. 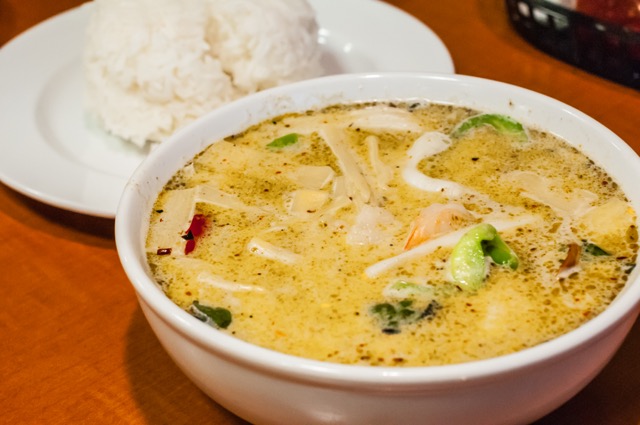 Misses: The menu is so huge, there are simply too many new things to try.

Pro tip: The heat scale at Kim’s is measured on a scale of 1 to 10; be forewarned that anything above a 5 packs some serious heat. If you happen to order your food a bit too spicy, I recommend soothing the incendiary effects with an order of sweet, creamy Thai iced tea. 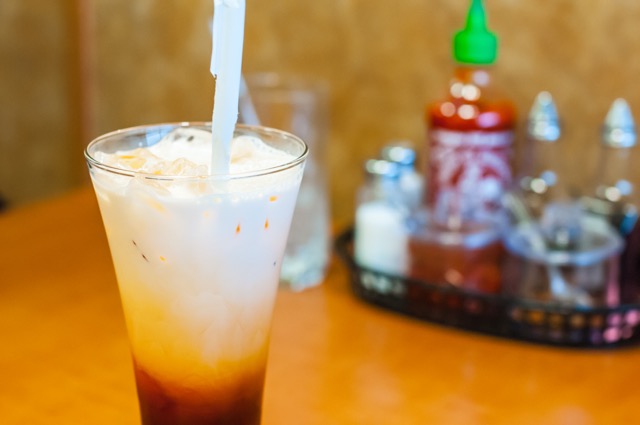