Eat this now: Build your own poutine at Red Lion Pub

If you're a fan of the Québecois specialty comprised of French fries and cheese curds covered in gravy, then you're going to be pretty stoked that you can now can build your very own uniquely unctuous basket of poutine at Red Lion Pub. Yes, really.

If you’re a fan of the Québecois specialty comprised of French fries and cheese curds covered in gravy, then you’re going to be pretty stoked about a new offering at the Red Lion Pub, 1850 N. Water St.

The "Build Your Own Poutine" menu originally made its debut as a special over Super Bowl weekend. But it was so popular, the owners of Red Lion decided to make it a permanent fixture. So, beginning this week, you can let your creativity run wild and build the poutine of your dreams every day of the week. 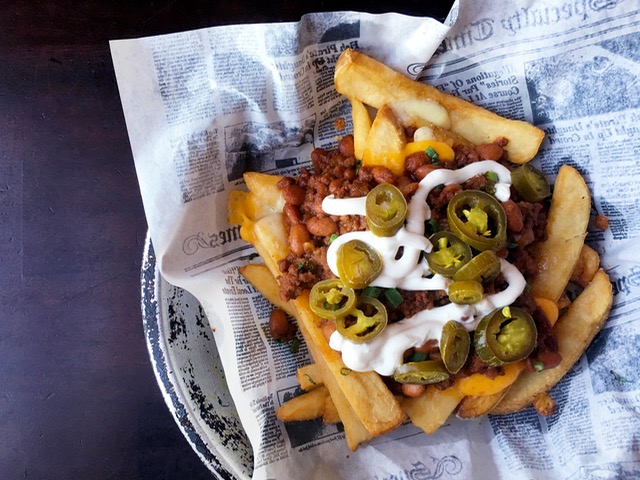 But before you get your hands dirty, it might be good to brush up on your knowledge of poutine.

If the mythology holds true, poutine may have been invented in 1957 at L’Idéal restaurant in the small town of Warwick, Québec. As the story goes, a hurried customer asked that his French fries and cheese curds both be thrown into the same bag together, a request which prompted restaurateur Fernand Lachance to exclaim: "This is a ‘poutine,’" a word which is Québécois slang for "a mess."

Although it’s most common to hear the word poutine pronounced "poo-teen" in the U.S., you should probably note that the pronunciation in Québec is more akin to "poo-tin." And while the folks at Red Lion probably won't look at you funny at all, asking for "poo-teen" in Québec may solicit an unexpected response, since it could be mistaken as a mispronunciation of the word "putain," which means prostitute.

Building your own poutine at Red Lion Pub is easy. You begin by picking your fries (steak or shoestring), which will automatically come loaded up with cheese curds for $4.

Then you add your choice of sauces (most for $1): beef gravy, nacho cheese, baked beans, curry, sausage gravy ($3) or beef chili ($3). Pile on the meat for $4 more, including options like American bacon, bangers, Scotch egg, steak, corned beef, pork, or your choice of grilled or breaded chicken.

You can even add extras including mozzarella, pepperjack cheese, an egg, two onion rings, raw onions, sour cream, jalapenos, mushrooms, tomatoes or scallions for an additional 75 cents to $2 more.

This "Irish Poutine" with corned beef, nacho cheese and scallions ($9.75) is just scratching the surface. 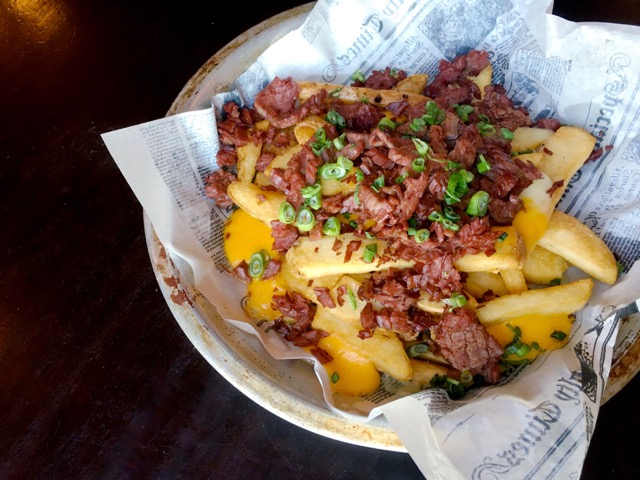 Red Lion will also reward you for coming up with the prettiest poutine. Just post a photo of your Red Lion poutine creation on Instagram or Snapchat using #posturpoutine and tagging @RedLionPub. At the end of each month, one great poutine picture will make the cut and become the featured poutine on the menu for the next month.

Red Lion pub is open Monday through Friday from 11 a.m. to close and Saturday and Sunday from 7 a.m. to close.