Celebrity chefs have been called "the new rock stars." But how about the rock stars who eventually became chefs? Chefs Paul Zerkel and Nick Burki dish on their rockstar aspirations and how they led to the kitchen.

"You do look glum! What you need is a gramme of soma." –Aldous Huxley, "Brave New World"

In the 1990s, you didn’t need to read "Brave New World" to get your dose of Huxley’s imaginary "ideal pleasure drug." In fact, all you needed to do was head down to Harpo’s on Brady, where the band of the same name dealt out monthly mind-bending doses of its own rendition of psych-funk-metal. 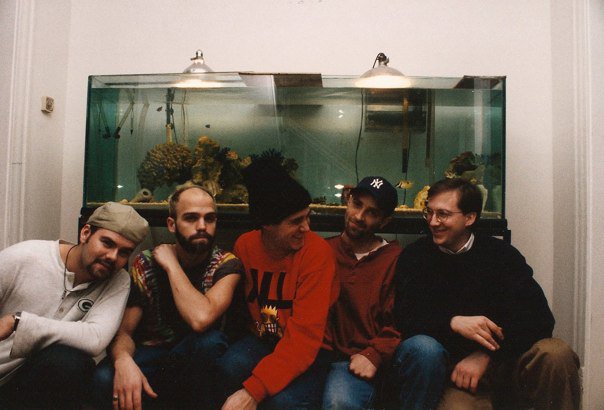 At the time, neither chef was aiming at a career in the culinary world. In fact, both of them saw the culinary field as a fall-back plan for their music or theater careers.

Making their way to Soma

Burki says his love for music began in church, where he sang as cantor every week and made money singing for weddings and funerals. From an early age, he also honed acting chops by participating in community theater. He starred in ‘Jesus Christ Superstar at Melody Top’ when he was merely eight or nine years old and says he consistently performed with various organizations as well as school theater productions throughout his time at Milwaukee High School of the Arts.

Although he says he really wanted to pursue a theater degree after high school, Burki admits academic background wasn’t strong enough for most of the programs he wanted to get into.

"Instead, I decided to go to cooking school to find a way to make money," he says. "I figured once I got my degree I could go anywhere and make money at it while I was doing theater. But, i just ended up staying here."

Zerkel also cut his chops in the theater world, performing in shows like "The Pirates of Penzance" with the St. Jude’s Players, a theater troupe his father had started at their parish. But, aside from a tryst with the trumpet in grade school, Zerkel says he didn’t really grow up playing an instrument.

"I did play a lot of tennis racket to Level 42 … in fact, they’re probably the reason why I picked up the bass. Eventually, I went down to Wade’s Guitar Shop on Oakland and picked up a really crappy bass guitar. And I taught myself how to play bass… pretty sure I developed a really weird style." 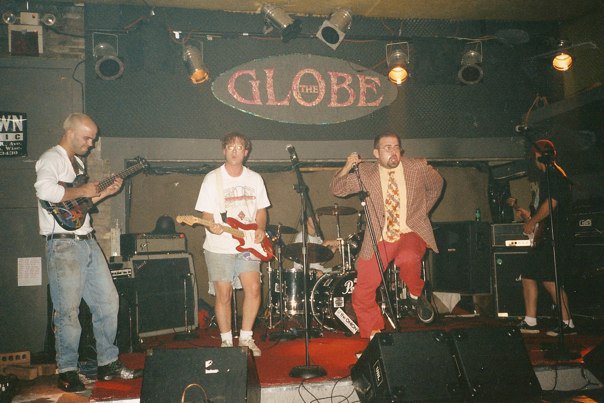 Soma began in 1990 when Zerkel crossed paths with Welniak, an old friend from high school, and they started playing together.

Burki, who started as Soma’s lead vocalist in 1992, says he was working at the Embassy Suites Hotel in Brookfield when a good friend, Mike Kirsch, recommended he hook up with the band.

"At the time, I was working nights as a deejay for 93QFM, and I was always singing Stevie Wonder and Prince and funky stuff around work. He knew the guys from Soma and told me they needed a lead singer."

As it turns out, Burki was a great fit.

"We were a bass led band," says Paul Zerkel. "I wrote a lot of the music and lyrics. There was a lot of heavy bass and slapping and tapping. It was metal in the sense that it was really fast. And with the dynamic between Steve [Sanders] and Nick [Burki], there was a little hype man rap going on. Honestly, in some ways, it was just really friggin’ weird."

But, weird was cool with Soma fans – mostly male – who came out in small droves to see the band play its monthly gigs, which netted the band $200, plus all the free beer they could drink. There were other perks, as well, including occasionally hooking up with girls, as was the case when Burki facilitated a meeting between Zerkel and his now-wife, Lisa Kirkpatrick.

Over the course of three or four years, the band made a relatively decent name for themselves. In fact, before breaking up in 1995, they even earned an 11 a.m. gig at the Summerfest Rock Stage. 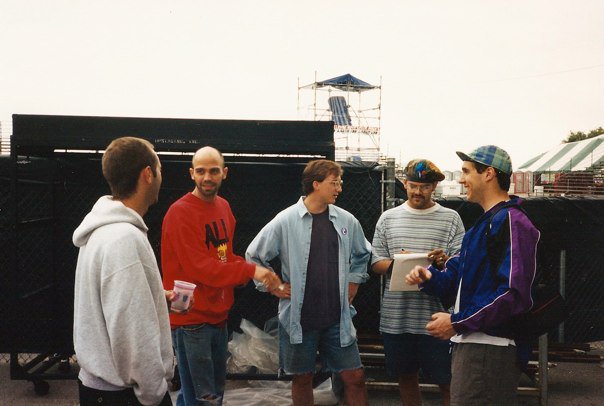 "I think our last show at Shank Hall was pretty amazing," says Zerkel. "I kicked Sanders to get the show started, and he didn’t forgive me for a really long time. I also broke my bass, slamming it on the floor at the end of the show...and not punk rock style, more like it just kind of… dropped. Kind of like clumsy punk rock."

At the time, Zerkel says he didn’t think of the show as his formal adieu to dreams of rock stardom. But, life had a way of pointing him in another direction.

"It was our last show because I was moving to Portland with Lisa [Kirkpatrick]," he recalls. "She was going to enhance her culinary skills, and I think I still thought I was going to be a rock star. But, I ended up getting a job right away at Gino’s in Portland. And my cooking career really developed from there."

Meanwhile, Burki’s culinary career took off as he moved on to work with Sanford D’Amato at Sanford, Kevin Sloan at The Social and Chris Hatleli at the Milwaukee Art Museum before taking over ownership of Coquette Cafe in 2009.

"I do still sing," Burki notes with an only-slightly nostalgic tone. "Mostly in my vehicle. It helps me to release and relax, and it just makes me happy. Stevie Wonder is still my absolute favorite."

And life, he says, has gotten better over the years. Now married with two young boys, Burki says he’s busy but fulfilled.

"Plus, I quit smoking over a year ago, and now I can hit notes that I couldn’t before," he says.

Zerkel, whose work in Portland eventually launched his career, later earning him the executive chef position at Roots and now co-ownership at Goodkind, says he has no regrets.

"It’s been a good life," he says. "I pick up a bass every now and again, but I can play it for maybe ten minutes before my hands cramp up; they’ve been killed by kitchen work. That’s probably a good thing ... my dog, Benson, hates it when I play. He runs away and hides. Plus, I don’t really think our style of music would ever have been a global phenomenon."

In many ways, Zerkel says, finding his calling as a chef was an organic process.

"It’s kind of like being a stripper," says Zerkel, throwing out one of his trademark grins. "You do it to pay your way through school, and all of a sudden you wake up and you’re a 30-year-old stripper."