My last word on Steven Avery

I didn't even see the first "Making a Murderer" piece our columnist Jessica McBride submitted to us over the holidays last month. I only took notice when our site traffic jumped through the roof the Monday after New Year' Eve. It was time to publish our first OnMilwaukee book. "Rush To Judgment" came together in what I assume is a record time.

I didn’t even see the first "Making a Murderer" piece our columnist Jessica McBride submitted to us over the holidays last month. I only took notice when our site traffic jumped through the roof the Monday after New Year’s Eve.

Something strange and unprecedented was afoot. We’re a digital magazine that averages 30,000+ visitors a day, perhaps up to 500 concurrent users, mostly from southeastern Wisconsin. Suddenly, our servers were seeing 175,000 unique visitors every day. We saw 4,000 concurrent visitors hit the site at one point. Our servers were almost melting down under the weight of all this national traffic, but they bent, not broke.

Of course, I instructed our staff to binge-watch "Making a Murderer," and I was also appalled with what I saw in the docu-series. However, Jessica had years of crime and courts reporting experience, long before we employed her as a weekly columnist. I trusted her editorial judgment, even when our staff found ourselves group-editing breaking exclusives at 11 p.m.

It was time to publish our first OnMilwaukee book. "Rush To Judgment" came together in what I assume is a record time, which was about two weeks. 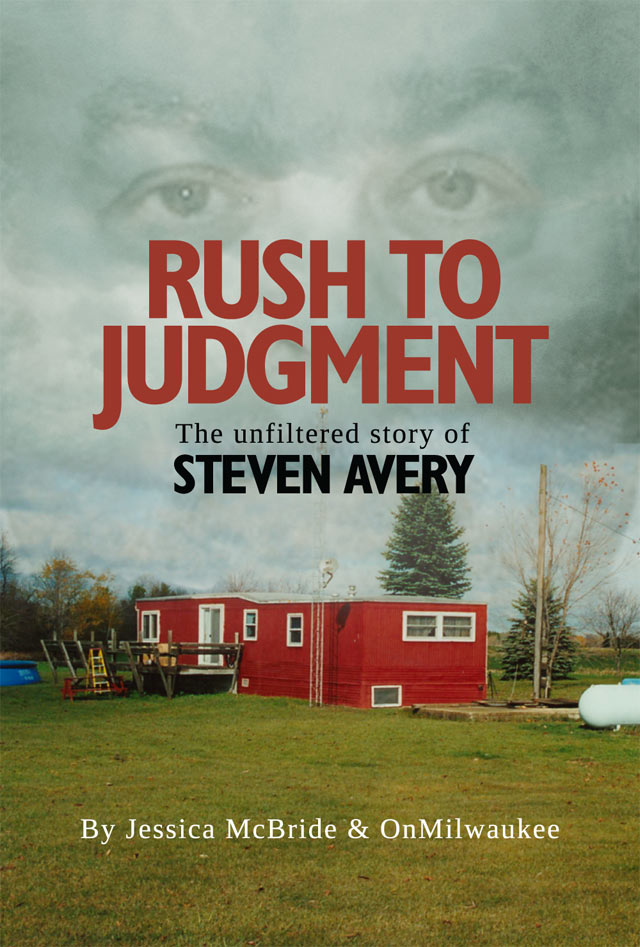 We seized the hot hand, sent her to Manitowoc (along with our regular sports reporter, Jimmy Carlton) and all burned the candle at both ends to talk to new sources – and dig through evidence that was glossed over or ignored during the docuseries and previous local news coverage. You can find all our voluminous coverage here, although I’d like to especially point out the amazing color piece that Jimmy ran about how the people of Manitowoc felt about all this national attention.

See, my recollection of the Avery case, from this Milwaukeean’s perspective, was a little different than what people in Manitowoc County experienced. That’s outside our DMA, a place we only drive through if we’re heading to Door County for a vacation. While a few Milwaukee TV stations covered the trial, I didn't remember it being the questionable, gripping case as we saw in the documentary – or as it was in Green Bay, two hours to the north. Yes, I remember when Avery was freed. I remembered when he and his nephew went to prison for obviously killing Teresa Halbach. Admittedly, I had to take a moment to remember the case, at all, some eight years after last thinking about it.

Then it came back to me. On Halloween, 2005, the young photographer went to take photos at a Wisconsin junkyard and was never seen again. The identity of the lead suspect, Avery, surprised the state and eventually the nation. Twenty years before, Avery was convicted of a sexual assault he didn't actually commit. Freed by DNA evidence after serving 18 years behind bars only two years before Halbach's death, Avery became the cause celebre of top politicians and the news media. Until Halbach disappeared, that is, and he found himself behind bars because of evidence unearthed by the same agency that put him there the first time.

Did Steven Avery really do it? Did the same sheriff's agency that helped wrongfully convict him once frame him in the Halbach murder? Did they use the blood vial that was kept at the courthouse from his old case? Was someone else the killer? What was his nephew's role, if anything? Netflix' popular "Making a Murderer" documentary into Avery's case only presented pieces of the voluminous evidence.

This is the fuller story, according to the evidence in the court file, as told by a veteran crime journalist. There were many rushes to judgment, as it turns out. Armed with a national sensation on our hands, we kept on reporting, kept on receiving national traffic and links. Jessica was featured on "Nightline" and in the Washington Post. That’s when we decided to culminate all of this into a book. Jessica did the lion’s share of the writing, but we’ve all edited and contributed in our own way, which is why "with OnMilwaukee" is in the byline. We focused on gathering together a more complete picture of the evidence in the case through interviews, scene coverage, and, especially, a thorough review of the court files.

On a personal note, as I look at photos of charred bones, and as I edit and re-edit passages about terrible, graphic acts of violence, I'm deeply saddened for Halbach and her surviving family. I wish this book could affect change, but at best, it will allow readers to gain a better understanding of an event that is as horrific as it is gripping. That fact is not lost on any of us.

By the time you read the book (and even this blog post), the story will have settled down some on OnMilwaukee, although I doubt it will ever go away. I can’t imagine it will ever be replaced. But I know that personally, in editing this book, I’m left with very different feelings than after watching "Making a Murderer."