Kenosha family sells everything and hits the road in RV

Bryanna and Craig Royal were high school sweethearts who got married, built a house, secured full-time jobs, had four children, adopted two dogs and found themselves in the midst of what they thought would be the "perfect" life. And yet, it wasn't...

Bryanna and Craig Royal were high school sweethearts who got married, built a house in Kenosha, secured full-time jobs, had four children, adopted two dogs and found themselves in the midst of what they thought would be the perfect life.

"We started off having the typical life. We had a big house on a 1/2 acre with a swimming pool, swing set, sandbox, big deck and a lot of toys and stuff," says Bryanna.

Although they were grateful for what they had, something wasn't right. They were investing most of their time, money and energy on their home and the stuff inside of it.

"We were spending so much time at Menards," says Bryanna. "We didn’t have enough time for fun stuff. We weren’t spending enough family quality time."

The Royals realized they weren't living the life they wanted. After lengthy conversation, they decided they wanted to travel the country – eventually the world – and live a nomadic life rooted in learning, adventure and, above all, family. Hence, the couple bought an RV and tested out their plan for a mere five days before realizing it was definitely what they wanted to do.

Two years ago, the Royals returned home, sold their house along with most of their possessions, and hit the road with their four children and two dogs. It was the beginning of what they would call, and name their website after, a crazy family adventure.

"Our goal is to enjoy each other and spend as much time together as we can," says Bryanna. "We focus on the moment and on each other." 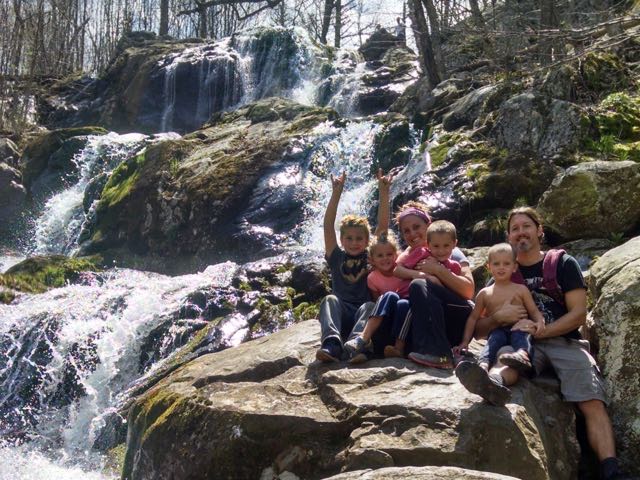 The children, ages 4 to 8, are "unschooled," which is a free-form version of homeschooling without curriculum and testing.

"It’s about learning every moment in our day from everything around us," says Bryanna. "We also take their interests, whatever they may be, and run with them. Our goal is to keep a desire and joy around learning."

The family travels in a 39-foot Newmar Country Star RV that provides about 400 square feet of living space. They are, however, planning to downsize again and get a smaller vehicle.

In the past two years, they have been to 20 states, including a two-month stint in the Florida Keys during January and February. High points so far included swimming with dolphins in Florida and climbing to the top of Mt. Washburn in Washington.

They don't have a set travel agenda and spontaneously choose their destinations based on piqued interest, weather or family events like weddings.

"All of the places we always wanted to go we are actually going to now," says Bryanna. 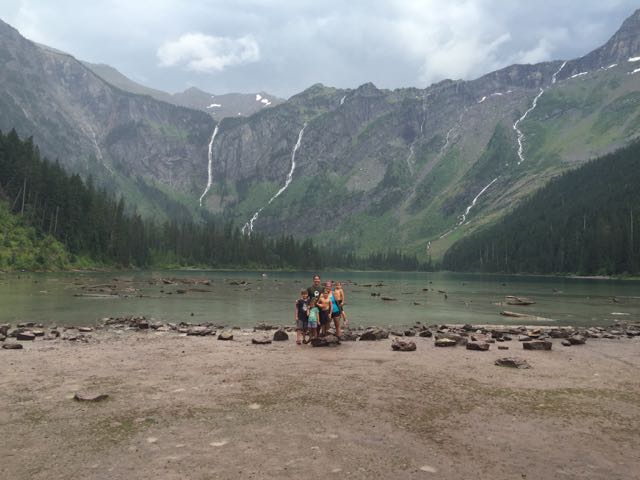 In the future, the Royals plan to extend their travel to Mexico, Canada and even overseas. "Wherever we feel like going," says Bryanna.

They stay anywhere from an evening to a couple of months, primarily in affordable RV or state parks. At the time of the interview, the family was staying outside Glacier National Park in Montana and were cleaning cabins in exchange for campground fees.

Before they started traveling, Craig worked in I.T. at the University of Wisconsin-Parkside and Bryanna was a stay-at-home mom with marketing, web and writing skills. The Royals continue to work while on the road, but in a new way. Bryanna does social media, e- newsletter creation and maintains a blog about the family’s adventures. Craig does freelance web design and continues to consult from the road with Parkside. They also started a T-shirt line and are working on a course to inform other families how to live a similar life.

"We sometimes get comp stay because of our travel blog," says Bryanna. "But it’s very inconsistent and that’s exactly the way we want it to be."

Obviously life on the road has its challenges – they only have one bathroom and they park so close to other RVs that their messy family stuff is easily overheard.

"By no means is it rainbows and sunshine, nor does it make parenting easier, but it pushes us out of our comfort zones, grow as people and become more well-rounded," says Bryanna.

Even though the family shares one bedroom, Bryanna says intimacy is not an issue.

"We have always co-slept with our kids and we enjoy having them in the same room as us. Especially when we are at campgrounds or new places. Makes everyone feel safer," says Bryanna. "After the kids go to bed at night there are two doors we can close and lock – then Craig and I can hang out in the living room together and have our own time. We make it work. After all, we do have four kids."

The hardest part of their lifestyle is being away from friends and family in Wisconsin. "That never gets any easier," says Bryanna.

In some ways, the Royals' road life is similar to their former life. They have television, tablets and computers for downtime; they eat the same meals.

"The RV is like a small apartment on wheels. We’re doing all the typical stuff you'd do in a house. It’s just that we have a different backyard every week," says Bryanna. "We’re not eating our meals over campfires. We have a kitchen and we cook the same types of meals we always did. We just can’t go to Costco and stockpile paper towels."

I choo-choo-choose you: Why we moved to Milwaukee

Having a second child could have killed her, instead he saved her life