Trying to recreate the magic of a quirky and beloved institution can be tricky, but based on a couple criteria, I think it's, ahem, safe to say that Marcus Corporation has done just that with the Safe House Chicago, in River North at 60 E. Ontario St.

CHICAGO – Trying to recreate the magic of a quirky and beloved institution can be tricky, but based on a couple criteria, I think it’s, ahem, safe to say that Marcus Corporation has done just that with the Safe House Chicago, in River North at 60 E. Ontario St.

First, on a recent early evening Saturday visit, the place was packed.

And, second, halfway through our visit, my youthful dining companion declared, unsolicited, "This is the best restaurant ever." 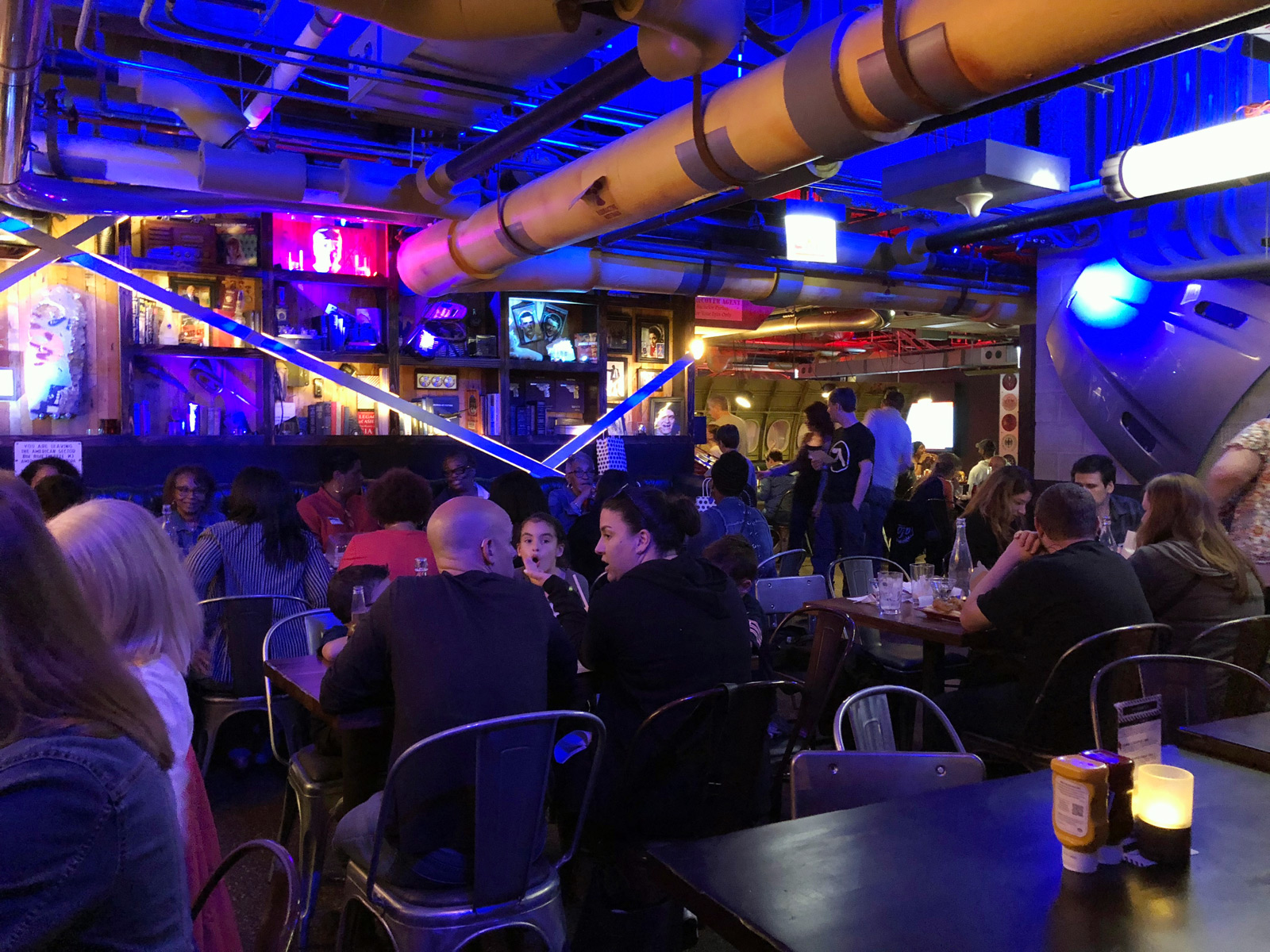 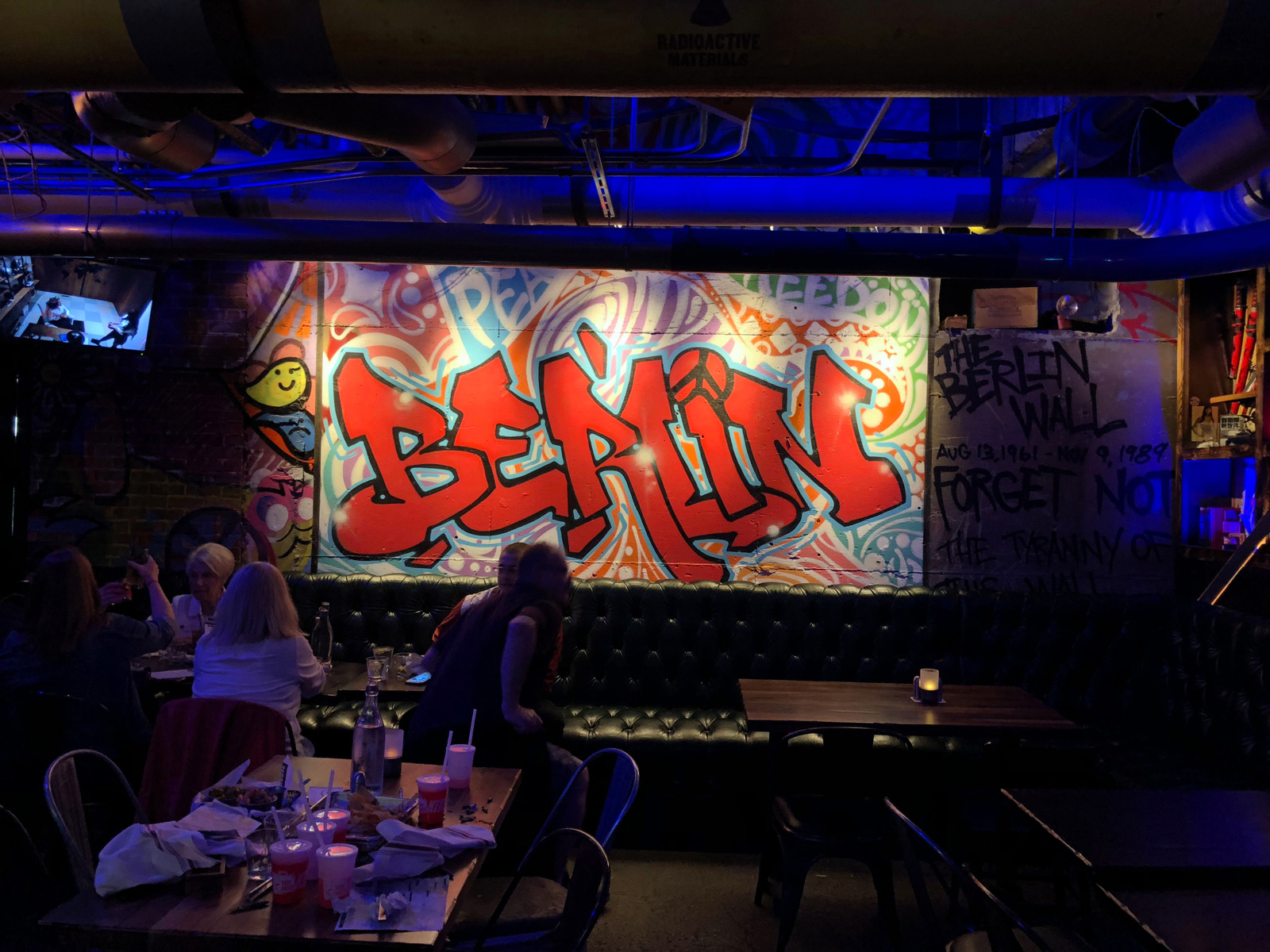 You don’t have to be in the intelligence community to interpret those clues.

The original Safe House was opened in The Tunnel, a former jazz club (that had previously been The Chanticleer Tavern and the club house and cafe of the Liederkranz German men's choir), on Front Street in Downtown Milwaukee in 1966 by David Baldwin, whose spy-themed bar and restaurant full of unexpected twists and memorable decor became legendary here for 50 years. And it remains one of THE places for a visitor to go in Brew City. 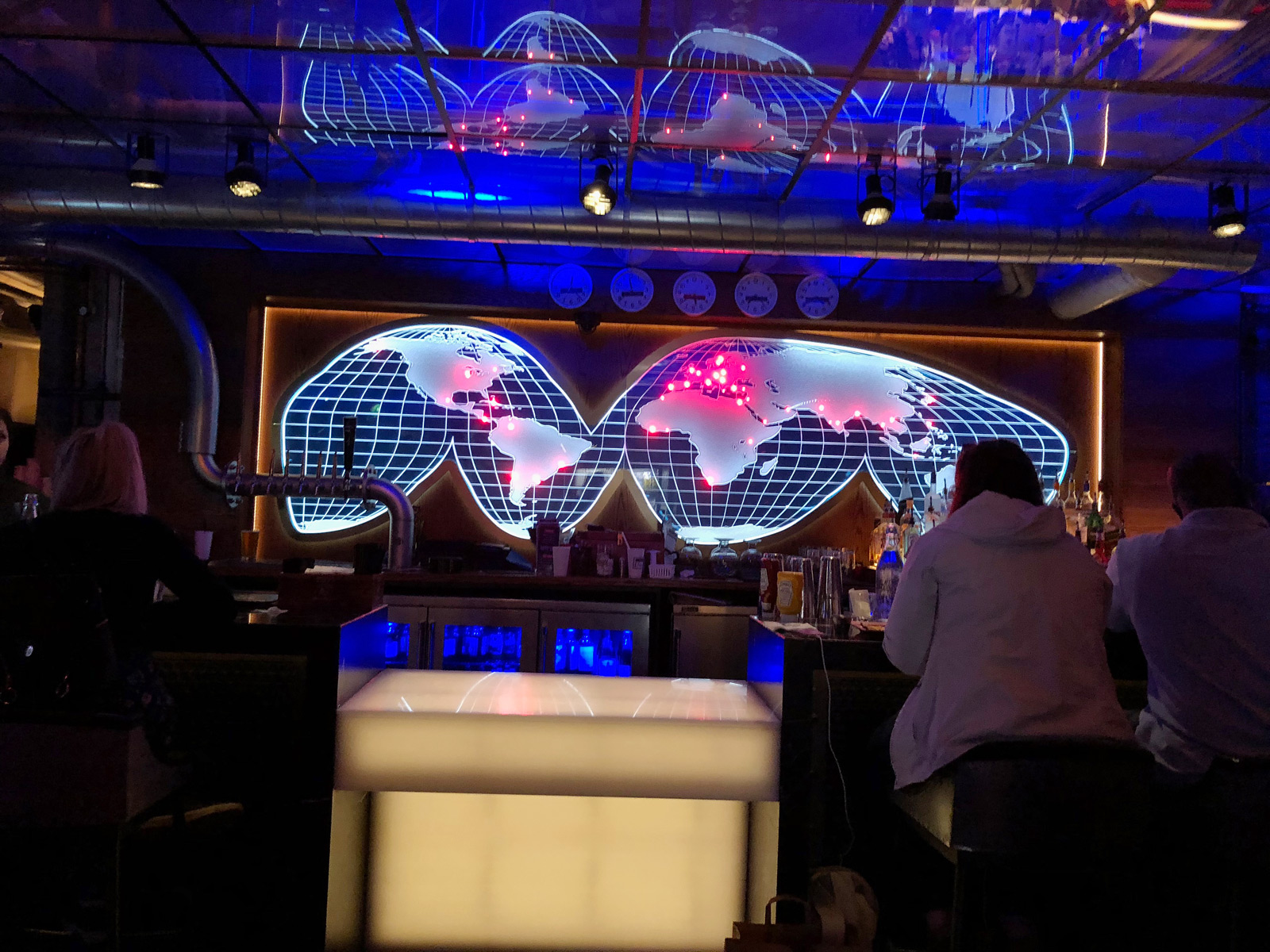 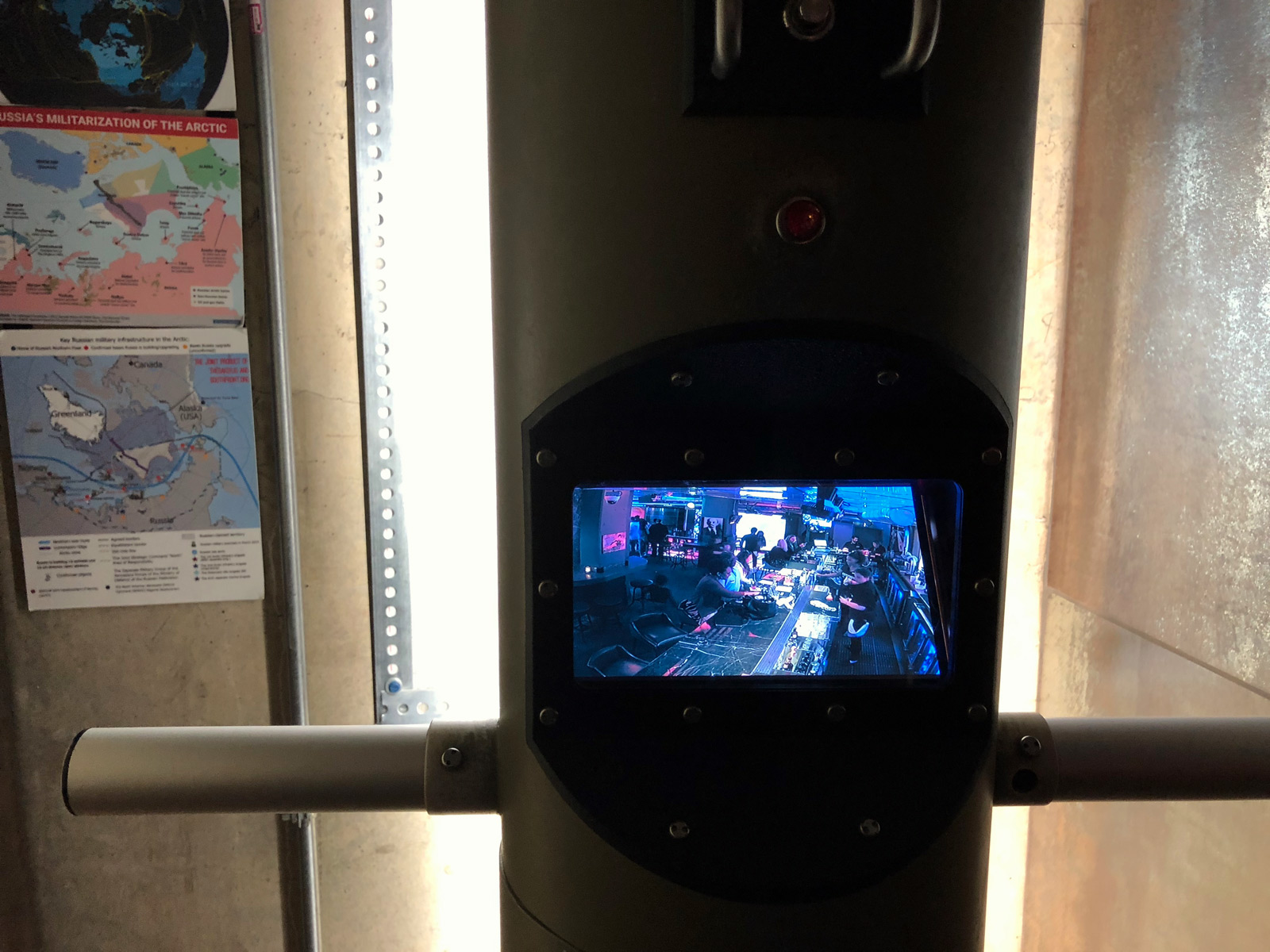 Upon his retirement in 2015, Baldwin sold the place to the Marcus Corporation, which spit-shined the original location, reopening it in 2016, and launched the Chicago eatery in early 2017.

For veterans of the Milwaukee Safe House, the Chicago version will feel familiar, yet foreign; similar, yet different.

The entrance – a lone red door with not-so-subtle signage hints – is located on busy Ontario Street, but once you step inside the lobby, the experience becomes very similar: you either know the password and pass right on through, or you don’t and you must complete a "clearance test" (yes, televised for everyone in the restaurant to see) to gain entry. 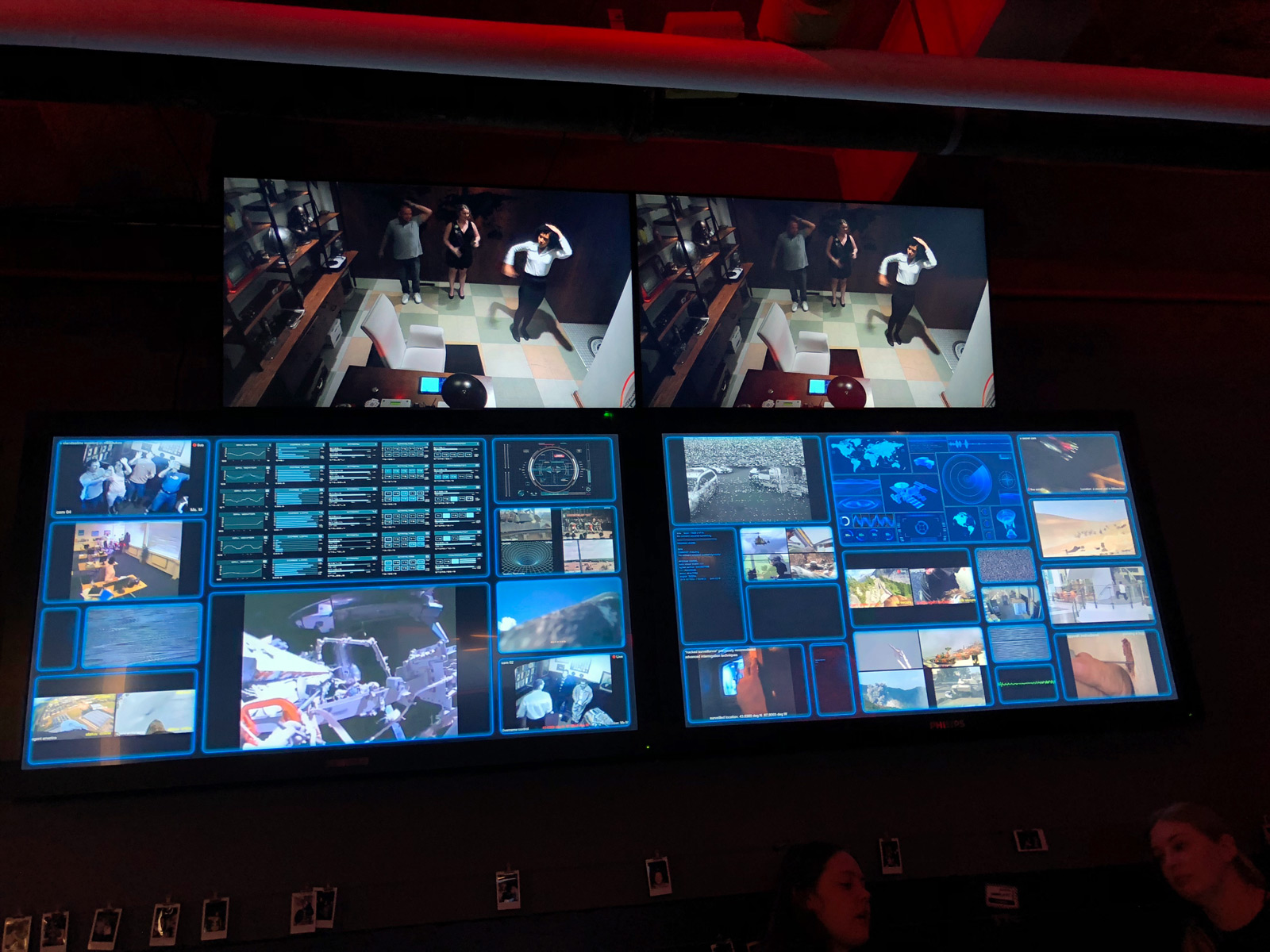 Through the "Get Smart"-style secret door and down into the restaurant you go, where the spy theme is everywhere, as you’d expect.

There are retro-looking ginornmous computers, a selfie booth, a tunnel to crawl through, a section of an airplane, world maps and those screens all eerily televising the same thing: incoming patrons flapping their arms like chickens or vogueing in 007-style poses. Other screens show spy film clips.

There are nooks and crannies, of course, and in one of them, during our visit, sat a magician who wowed young and old alike with card tricks and sleight of hand. 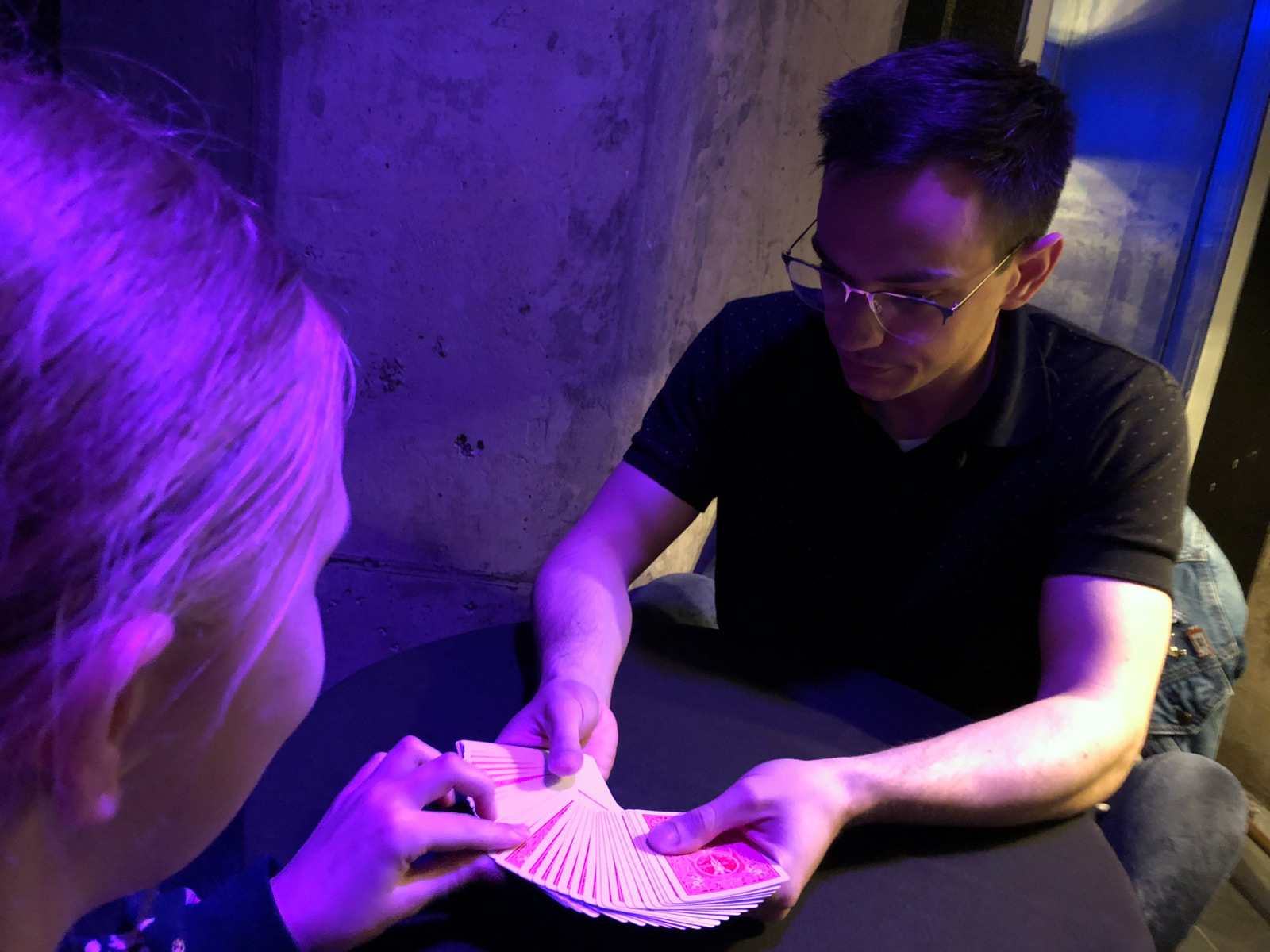 I know what you’re wondering, and yes there is a naked man on the wall in the women’s bathroom (I sent a spy in to check), but it’s not the same one.

Hotel and restaurant designers and builders Gettys Group and Epstein Global created a venue that doesn’t attempt to create a perfect replica of the Milwaukee Safe House, but rather a space that pays tribute to it.

And, if my visit was any indication, it’s working. The Safe House was bustling, especially with families, and kids and adults could be seen making their way around the place seeking the answers to a list of clues that servers bring to each table. 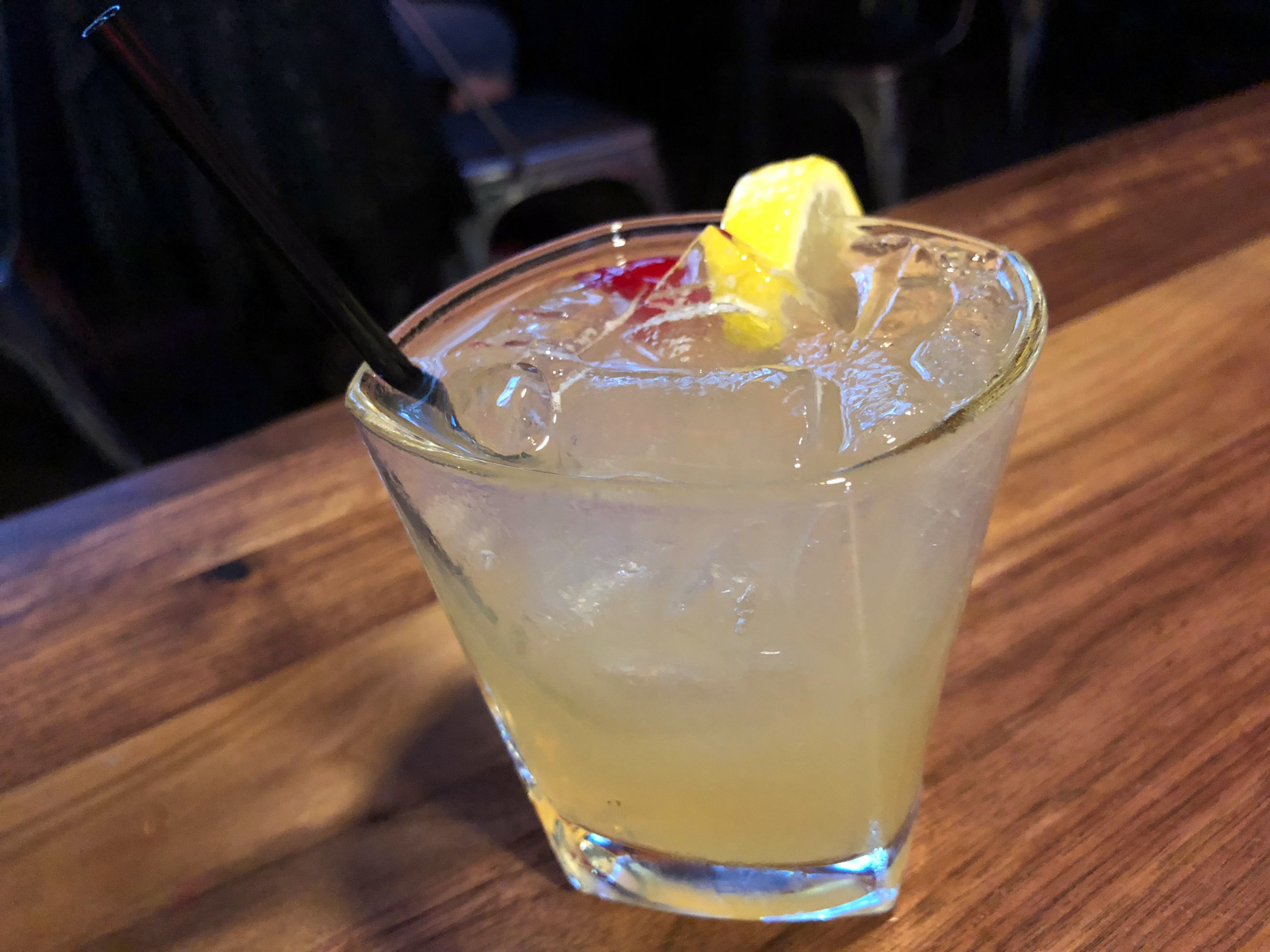 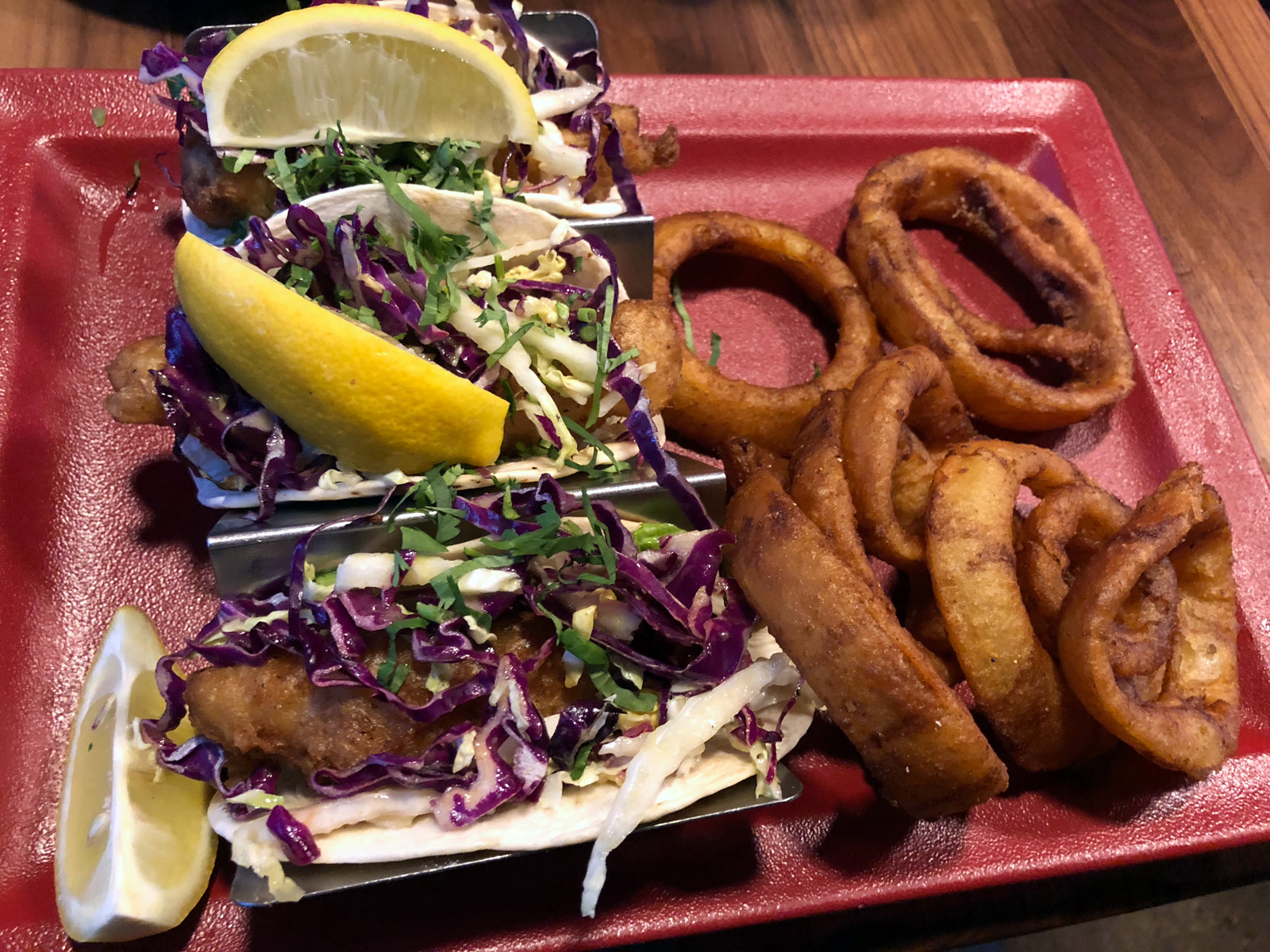 Never wowed by the food at the Milwaukee location, I approached the Chicago menu with some trepidation, and found that again – while my cocktail was quite good – the food isn’t the real draw.

But, I should add, that no one seemed to care too much; not a soul around me appeared at all disappointed. In fact, smiles and laughter abounded, not least with my dining companion who had an absolute blast and even learned a few card tricks from the magician. 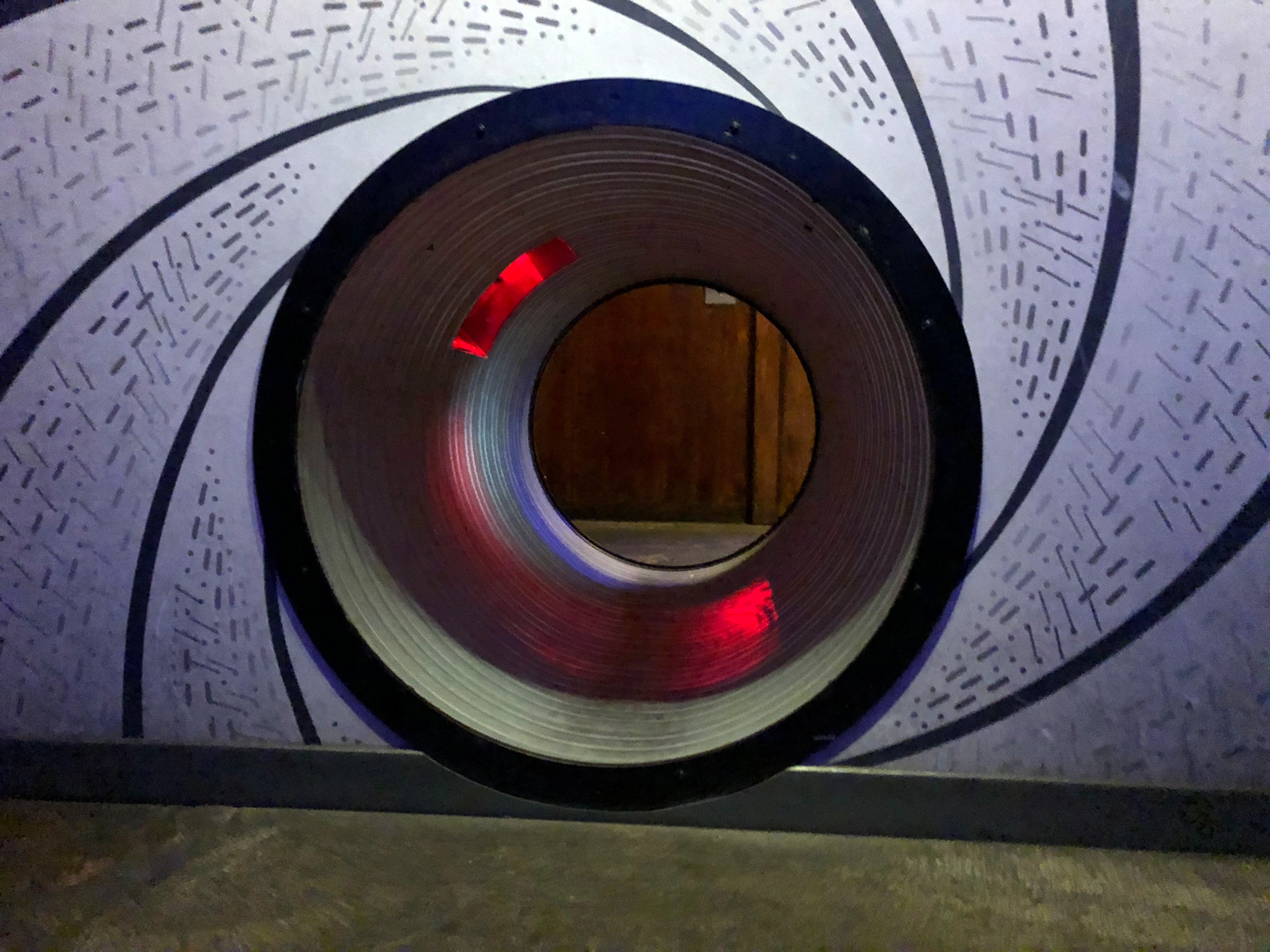 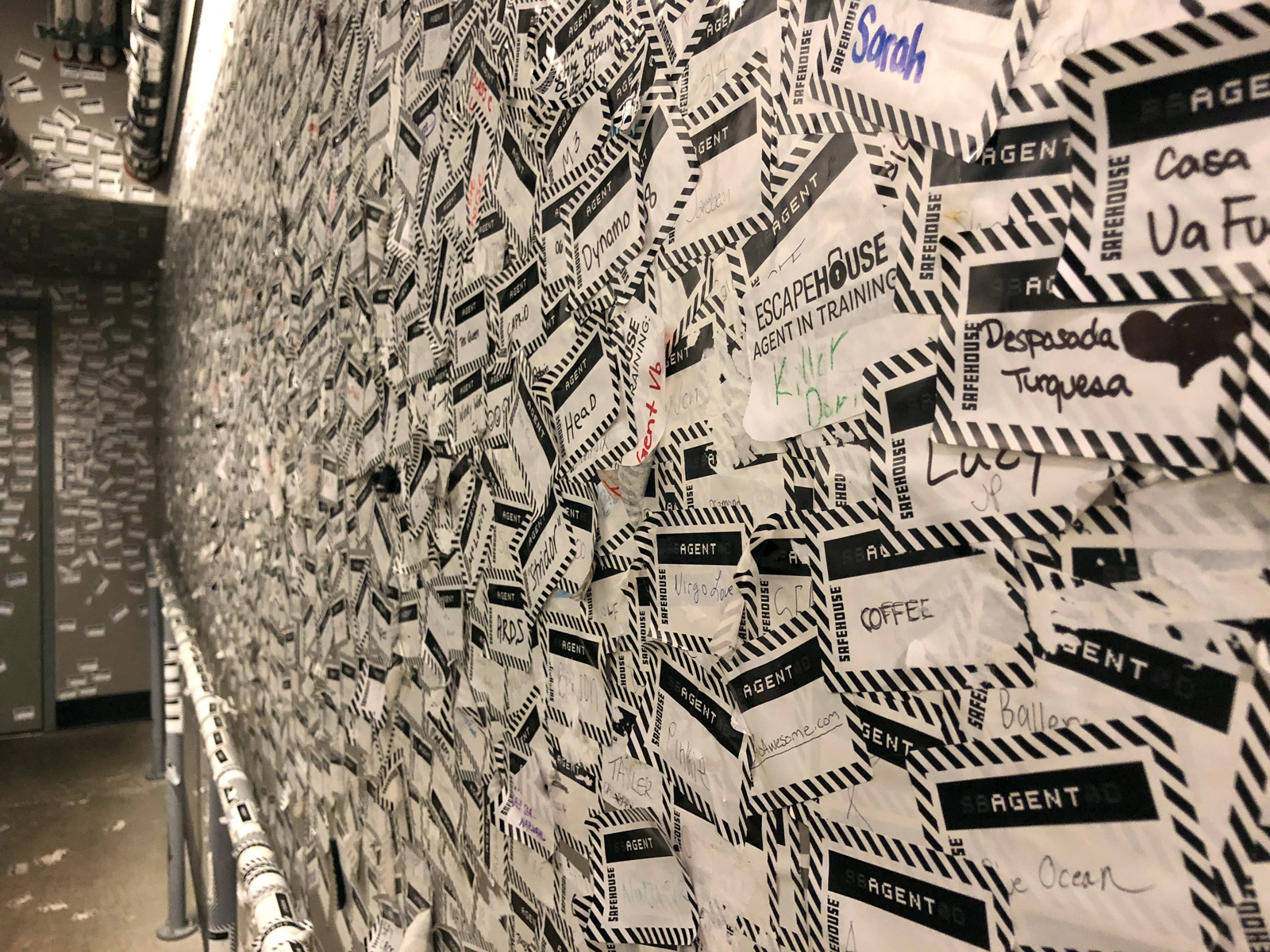 If a quiet, gourmet meal is what you’re looking for, it doesn’t take a spy to realize this – like the Milwaukee Safe House – isn’t the place for you.

But if you want a different experience, and a really fun night out, The Safe House in Chicago is – again, like its elder sibling – absolutely perfect.

Then, you just need to find the exit (remember to hold on to your name tag until you’re out).