Sanford is all decked out for Halloween and ready for just over two weeks of fantastically fun movie-inspired menus.

The Milwaukee Film Festival kicks off (virtually) on Oct. 15, offering up a full fifteen days of amazing films (including this list of festival "must-sees") available to you right in your very own home.

Of course, every great film deserves a great dinner to be enjoyed alongside. Among the many delicious options available for carry-out is Sanford, 1547 N. Jackson St., a 30-year Milwaukee fine dining staple, which has turned the world of pandemic take-out on its head.

Not only have they gone all out in terms of offering accessible, well executed take-out at a fraction of the price you might expect; but they’ve done so in fun, unexpected ways. Take their August State Fair-inspired dinner menu, for instance, on which they recreated countless Fair favorites from chocolate covered bacon to corn dogs. Incidentally, they're also rousing smiles while engaging customers with their amusing posts on Facebook and Instagram. 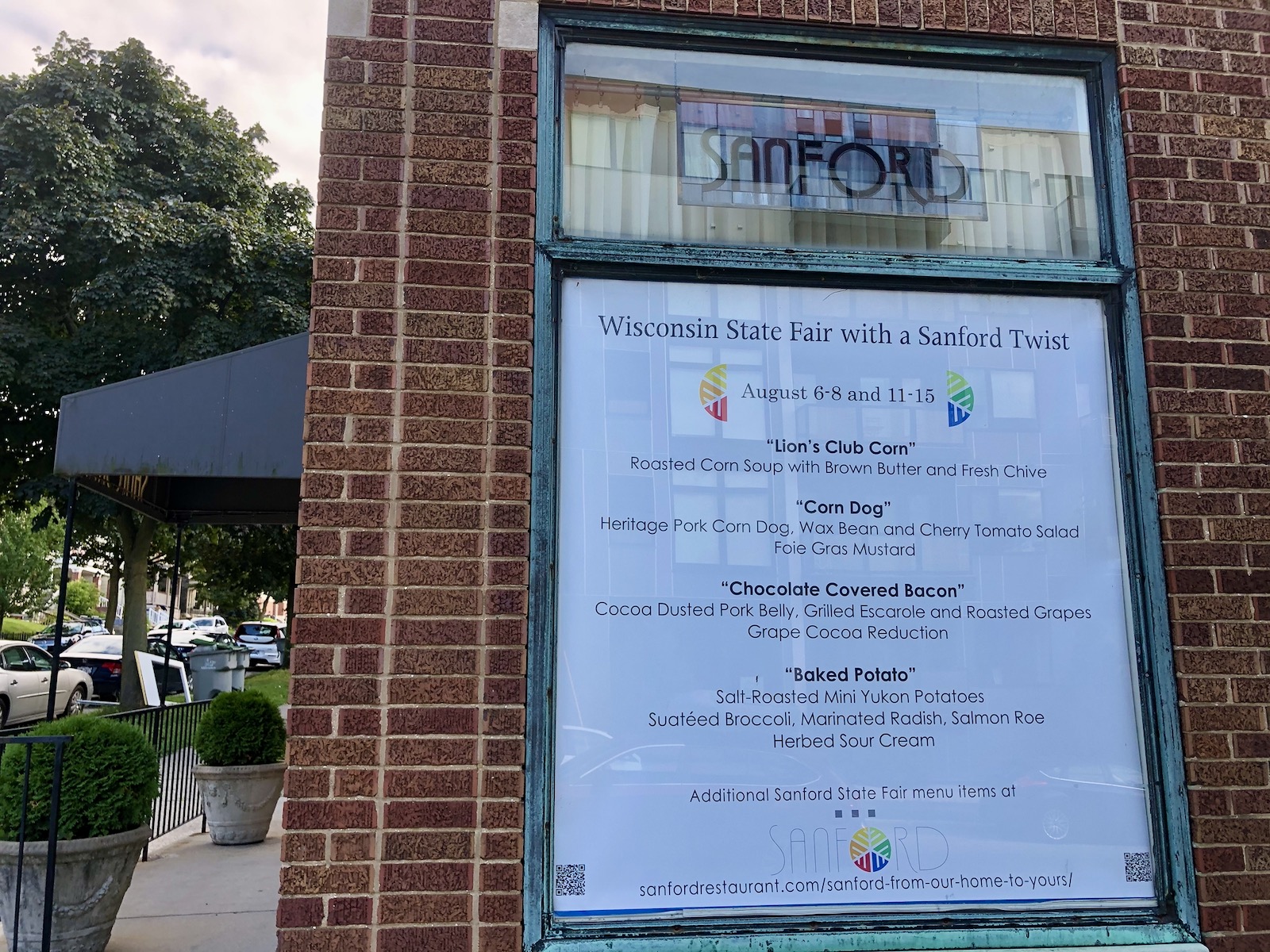 “Our Milwaukee Film inspired menus were created in very much the same spirit as our State Fair menu,” says co-owner Chef Justin Aprahamian. “It’s all about finding silver linings in what has been a very tough year.”

“We didn’t know what the movies would be shown at the film festival when we started planning. So we started brainstorming. One of the first movies that came up was ‘Goodfellas.’ The picture of the food in that movie is just painted so well and we could do so much with it.”

From there, he says, the idea  just snowballed. “We literally looked up dishes that were featured in each of the films,” says Aprahamian. “In most cases, we took a few liberties, but everything is definitely inspired by scenes from the films.”

Guests can look forward to just over two weeks of brand new movie-inspired family meals (listed below), plus a themed a la carte menu showcasing movie quote inspired dishes including:

Even beverage offerings are inspired, featuring selections like the Fizzy Lifting Drink (Willy Wonka and the Chocolate Factory, 1971), a ginger and lemon verbena infused shrub served with Cava; and Through the Looking Glass (Alice in Wonderland, 1951), a cherry and grilled pineapple cider infused with a hint of smoked black tea.

And, even though the film festival ends on Oct. 29, Aprahamian says they felt inspired to continue their streak with special Halloween-inspired dishes from the movies “Beetlejuice” and “Twin Peaks.”

Aprahamian was kind enough to share a preview of the planned menus at the restaurant, which roll out starting today (Oct. 15). Please note that menus are always subject to the availability of ingredients, so changes could be expected.

This article was corrected on 10/30/20 to reflect corrections to the Oct. 31 menu, which referenced a movie that contained inappropriate stereotypes of Asian culture.

Milwaukee Film Festival announces dates for 2022, plans to be in person

Three to see: Matt's picks for the final day of the 2021 Milwaukee Film Festival

12 must-sees at the 2021 Milwaukee Film Festival

John Axford talks staying connected with MKE Film and pitching (movies, that is)