Wally Schmidt's used to be a lively joint where locals would enjoy steak sandwiches and fish fries. Now, two Milwaukeeans have hatched a plan to restore the historic building to its former grandeur.

Maybe you’ve driven past Wally Schmidt's. It’s a beautiful old brick building at 1848 W. Fond du Lac Ave. And it used to be the home of a lively tavern – a neighborhood gathering spot where owner Wally Schmidt and his wife Bella would serve up crisp, warm fish fries on Friday evenings.

Recent years haven’t been good to Wally Schmidt's. The building itself has been empty for about five years, and vandals have disrespected the once lovely interior, leaving broken mirrors and trash in their wake. But it’s located in a neighborhood where residents care about the community and are working to restore it to its former vitality. 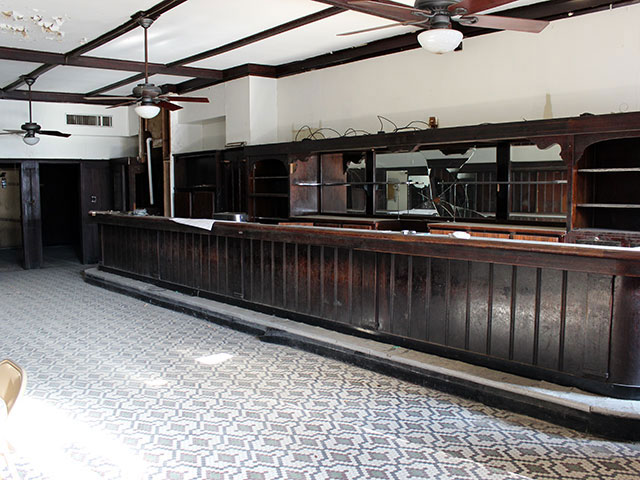 Their efforts have garnered the attention of patrons like the Zilber Family Foundation, who helped neighbors and partners to enact a plan to enhance the neighborhood’s social, economic and physical conditions, including restoration of the commercial corridor along Fond du Lac Avenue, which is just blocks away from Downtown and the site of the new Bucks Arena.

The neighborhood has also attracted the attention of developer Juli Kaufmann and co-developer Jeremy Davis, Lindsay Heights resident and environmental specialist at Walnut Way Conservation Corp., who have hatched a plan to restore the Wally Schmidt tavern to its former grandeur.

What it could be

Imagine that Wally Schmidt’s has been restored to its former glory. Its classic interior preserves much of what has gone before – including rich colored hex-tile floors, richly colored hardwood molding, wrought iron detail and leaded glass windows. And a beautiful open air courtyard just behind the building provides space for al fresco dining.

It’s now a popular spot for neighborhood folks, Downtown residents and curious others who’ve heard that it’s the new "go-to" spot in Milwaukee. 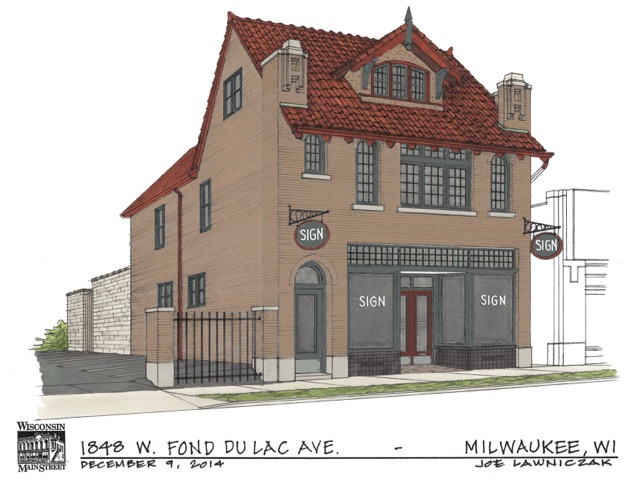 An experienced restaurateur is prepping things in the kitchen along with an eager protege who grew up in the neighborhood and has an earnest desire to give back through culinary work.

The small menu (which could be a bit like a classic supper club, or maybe a wood-fired pizzeria or comfort food spot) focuses intently on locally grown foods, many of which come from local urban gardens.

Part of its charm is that it’s been brought back to life by a community of people who’ve seen its potential – as well as the potential of the Lindsay Heights neighborhood – and committed to being part of its revitalization.

Walter (Wally) Schmidt came from one of Milwaukee’s longest-running tavern-keeping families. Both his father and grandfather were in the business. And for 44 years, he and his wife Belinda (Belle) managed Wally Schmidt’s. 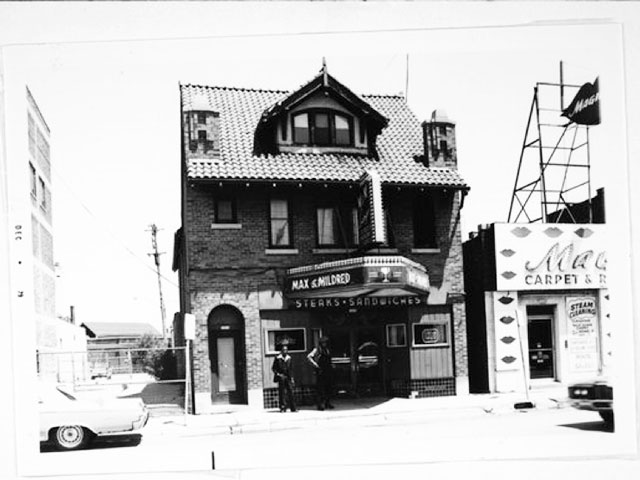 Belle worked primarily in the kitchen, where she served up steak sandwiches and a popular Friday night fish fry (food became a means for income for many bars during prohibition). Meanwhile, Wally handled front of the house matters. Schmidt was a community guy, and he sponsored countless baseball, football, basketball and bowling teams over the years, along with boxing matches at the local Elks club. He was also known for filling bottles with the profits he made from selling cigarettes at the bar (usually between $600 and $700) and donating it to the annual Veterans’ Christmas party.

According to a 1968 Milwaukee Journal article commemorating Schmidt’s retirement, the tavern walls were lined with beer steins, one of which was "a yard high with the capacity of a quarter barrel." And the tavern was described as a place where you could go "‘with a pastor, your mother-in-law or your grade school teacher. You’d always feel welcome.’" 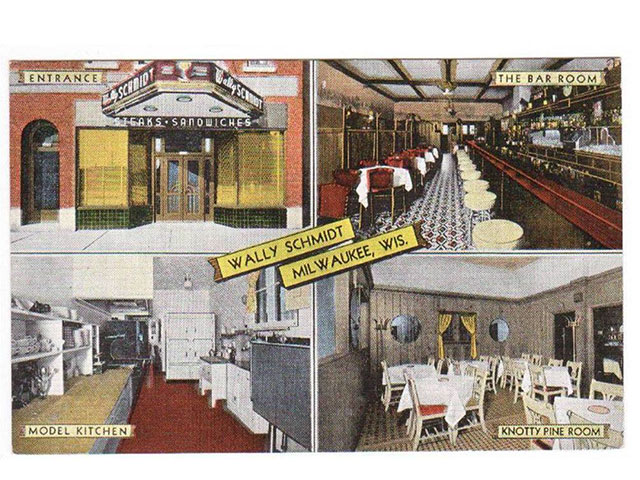 Political leaders, including City Attorney John Fleming, County Executive John Doyne and Mayor Carl Zeidler were frequent visitors to the popular bar, which was also a draw for area sports players, including the Braves’ Lew Burdette and Johnny Logan. Lauded lefty pitcher Warren Spahn was also a regular at Wally Schmidt's where he hosted numerous birthday parties for his son in the restaurant’s back room. And the restaurant was also frequented by actor Pat O’Brien.

When Schmidt retired in 1968 at the age of 74, he leased the bar out to Mr. and Mrs. McCarthy, who renamed it Max & Mildred’s. The establishment remained in the family through 2010, eventually evolving into M&M Lounge, primarily a tavern. After a fire in the upstairs kitchen, the business shuttered, and the property sat vacant, eventually becoming a City-owned tax foreclosure. In June 2015, Kaufmann and Davis acquired the property and began plans for its rehabilitation.

Kaufmann and Davis have launched an IndieGoGo campaign to help raise the dollars needed to restore the Wally Schmidt building, bring a great new restaurant to the Lindsay Heights neighborhood and, through these efforts, catalyze economic investment in the neighborhood.

The project already has associated loans, grants and investors. However, money is still needed to transform the kitchen space (making it more attractive to potential restaurateurs) and fill the remaining gap in the current construction budget.