The joy of the shower beer

I have taken a bath with a glass of wine before, and I have drank coffee while showering, but last night I joined the ranks of millions (?) and experienced my first shower beer.

In honor of National Beer Day – obviously a very important holiday for Brew City – here’s a throwback piece. For more thirst-quenching beer content, click here – and cheers to you, Milwaukee!

I have taken a bath with a glass of wine before, and I've drank coffee while showering, but last night I joined the ranks of millions (?) and experienced my first shower beer.

Turns out, everything that’s been written and said about drinking a cold beer in a hot shower is true – it’s completely fun and refreshing. Unexpectedly, it was also inspiring – I shaved my shaggy winter legs for the first time in two months because, quite frankly, I didn’t want the sudsy party to end. 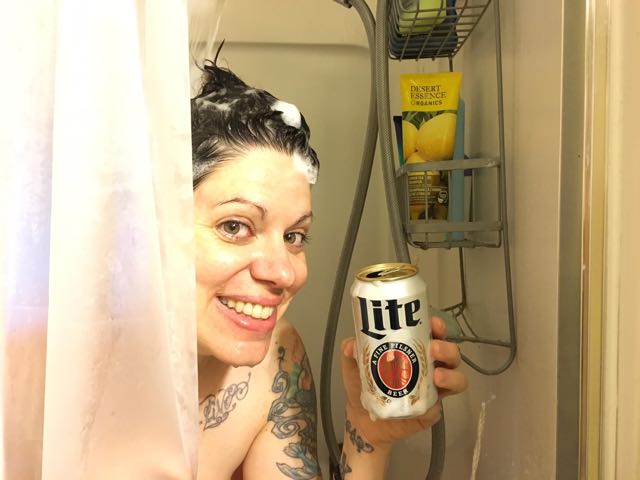 Best of all, I learned a few things during my shower beer, too. I think my choice of a can – a delicious Miller Lite – was a good one because there's no fear of breakage. I also realized that the fact beer makes me have to pee is not a problem in the least when shower beering. I was, after all, standing over a drain.

I’ve come to the conclusion that I really don’t drink beer naked often enough (probably because I’m not and have never been a nudist, the Hamm's bear or a frat boy) and, as long as I don’t step on a bottle cap or overdo it and slip in the tub, there's absolutely nothing wrong with mixing hygiene with getting slightly hammered.

There are a lot of shower beer selfies out there, but I made a showerbeer vid. Also, the first person who comments that my tub really needs to get caulked is automatically volunteering to come over and do it.