From the distressed wood farm table parked in the living room of her Whitefish Bay home, Patricia Chevako works day and night, creating one-of-a-kind handcrafted jewelry. For the past seven years, her business called random balance has created a personal, often an emotional experience for her hundreds of customers spellbound by the colorful beaded wrap bracelets and sterling-silver yoga-themed necklaces.

But two years ago, a necklace called "Sophie’s Circle" became her most intimate creation. 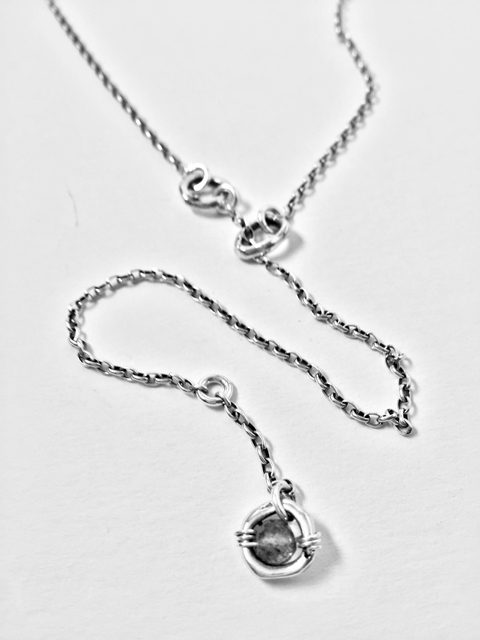 "The diagnosis of my daughter’s diabetes was a complete change of everything," said Chevako. "It means for the rest of Sophie’s life she is going to have to monitor everything she puts in her body to stay alive. Everyone gets it handed to them in some way. Everyone has their struggle in their life. I knew my daughter just got hers really early."

random balance, a successful business buoyed only by word of mouth (and branded with those lower-case letters), draws customers from around the world. Chevako and business partner Kelly Levin created random balance in 2009, inspiring a deeply loyal following of clients who celebrated jewelry designed just for them. Meaningful handcrafted touches include international coins as clasps, bracelets which mark both good and bad days using hand-stamped dates, and silver tins to hold the jewelry containing origami messages featuring healing descriptions of the stones.

"For some reason, random balance connects with people in times of adversity," said Chevako. My followers are not people who had everything turn out perfectly for them in life. They almost come seeking balance."

When Chevako’s daughter Sophie Mahnke was diagnosed with Type 1 diabetes at age 12, the family was overwhelmed with support from the Whitefish Bay community.

That doesn’t mean it wasn’t frightening. For Chevako’s husband of 18 years, Micah Mahnke, and their second-born daughter Sydney, then 8, they all had to figure out how to face the greatest adversity of their lives. 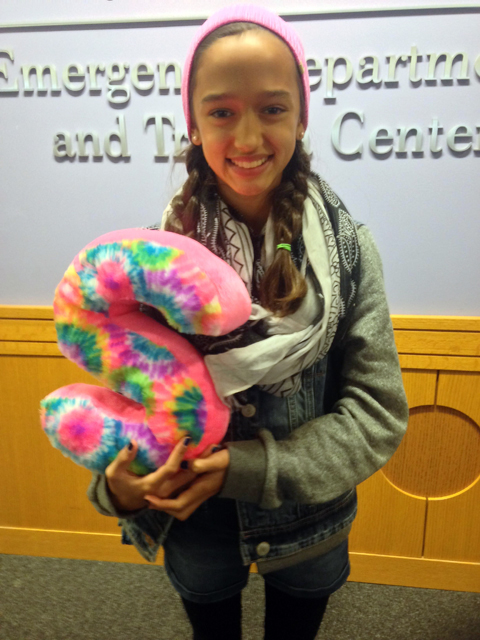 "My husband pointed out, it’s not just the diagnosis but the reality that her pancreas failed. There’s a sense of guilt. I made this kid, I gave her life," said Chevako. "There were flashes of you know, I’m so sorry. Yet we knew she could do it, because she’s strong and positive. But it’s scary. With diabetes, there is no cure.

"If I was Sophie’s rock, my husband was mine. He always supported my business, my ideas, and my creative process."

"I just like everything she does," said Sophie about her mom. "It made me feel connected to her. Right then when I was diagnosed I felt like I didn’t know myself and didn’t know what was next or what was going to happen. But I wasn’t scared. I felt like I had enough support and there really wasn’t anything wrong."

"Sophie’s Circle" took off when Chevako wanted to thank family and friends, and give them something to feel connected to Sophie. But as time passed, the necklace came to represent hardship of all kinds for all people.

"Whether it’s getting them through their chemotherapy, their sobriety journey or their divorce, they have their own circle to thank," said Chevako.

The sterling silver necklace has no clasp, representing the continuity of the chain of support. It features a labradorite stone, known for its vitality and strength. A portion of the profits is donated to the Juvenile Diabetes Research Foundation.

The message included in the tin with "Sophie’s Circle" says: "You listened, you worried. You offered help when there was little anyone could do. You have become a part of the healing process because you needed to heal with us. We could hear you. We found strength through your concern and we have never felt alone. Wear this as a reminder of the circle of the caregivers in your life."

Longtime friend and supporter Brooke Brodersen says not a day goes by when she isn’t wearing a piece of random balance jewelry. 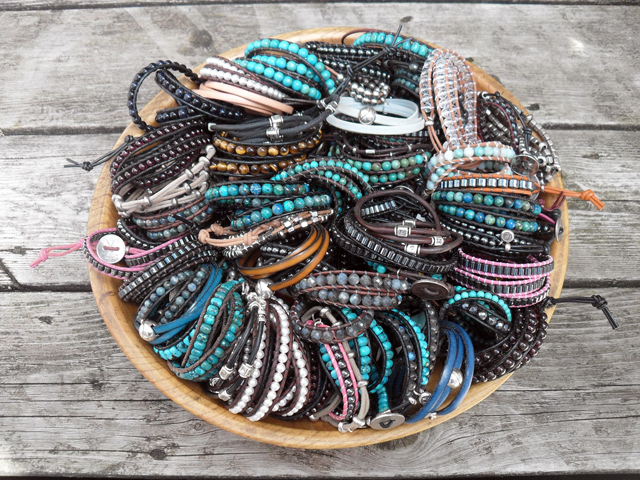 "When I think of Sophie, I think of grace. She is doing it all herself, " said Brodersen. "Her mother has mastered taking our core emotions in life and turning them into a tangible art form, which she did with Sophie’s Circle. She takes a feeling, an experience, and puts it into a symbol so we can all touch it, hold on to it, and remember it.

"There’s no sadness connected to "Sophie’s Circle." It’s a sign of strength and triumph, representing a mother’s devotion to her daughter. And we’re all in it together with her."

Items from random balance can be found on their website, including "Sophie’s Circle."

Samara Sodos is a Milwaukee native, UW-Madison grad and former TV news reporter who covered everything from major political campaigns and executions to deadly hurricanes and sinkholes.

She is trying to evolve after officially not having an opinion on anything for nearly 20 years. Sam is currently a public relations consultant and can be followed at @samarasodos.

Shapeshifter Collection shows the beauty and honesty in vulgarity