A few years ago I wrote about the history of the Mariner Building on the corner of Mason and Milwaukee Streets, which is home to the Hotel Metro these days. Now, thanks to Dahlman Construction Company, we can see the progress is a series of photographs taken during construction.

A few years ago I wrote about the history of the Mariner Building, 411 E. Mason St., on the corner of Mason and Milwaukee Streets in East Town, which is home to the Hotel Metro these days.

Now, thanks to Ben Dahlman at Dahlman Construction Company, we can see the progress of its construction is a series of photographs taken while it was being built from the Colby-Abbott Building across the street.

When the John W. Mariner Building opened on the southeast corner of Mason and Milwaukee Streets in Downtown Milwaukee in the waning months of 1937 it was heralded as an immediate landmark of design and comfort.

Milwaukee marveled at its sleek Art Deco/Moderne architecture and the fact that it was top-loaded with modern amenities, especially that it was the city's first fully air-conditioned office building.

Named for real estate developer John Mariner, who died in 1930, but whose company continued on after his passing, the building was designed by Eschweiler and Eschweiler.

Interestingly, the 1930 skyscraper built at the corner of 6th and Wisconsin by the theater-owning Saxe brothers was also, for a time, called the Mariner Building, because it occupied land that had long been owned by the magnate.

Dahlman Construction was founded in 1908 by John A. Dahlman, Ben's great-grandfather.

Born in Ripon in 1873, Dahlman came to Milwaukee when he was 18 and worked for the Northwestern Tile Company, where he learned about concrete construction.

Over the years, his eponymous company has worked on many projects, including the Lakeside Power Plant, Oak Creek Generating Plants, Wisconsin Telephone Company (AT&T), the Primate House at the Milwaukee County Zoo, MATC, Milwaukee Lutheran High School, the University of Wisconsin-Milwaukee and St. Sava Orthodox Cathedral.

You can read more about the history of the Mariner Building/Hotel Metro here.

These photos are fascinating to see not only to follow the progress of construction but because they also offer glimpses into the surrounding area at the time, too.

They were taken by St. Paul, Minnesota native James Blair Murdoch, who was born in 1896 and came to Milwaukee during the 1920s. After working as a newspaper photographer, Murdoch had, by, 1924, opened his own commercial photography studio – J.B. Murdoch Co. and, later, Murdoch Photographing Co. – at 768 N. Broadway, moving across the street to 757 N. Broadway in 1927. 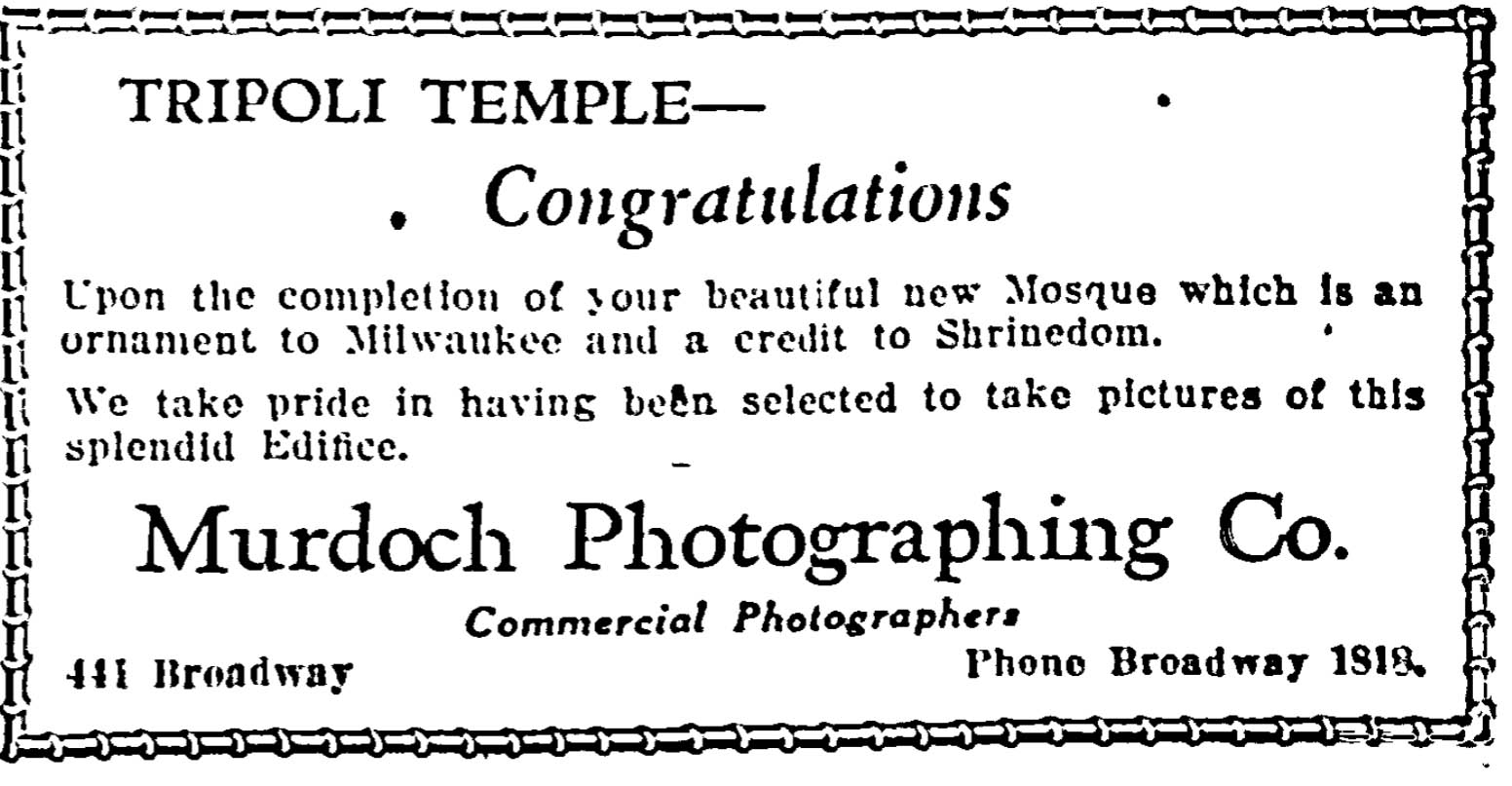 A 1928 newspaper ad taken out by Murdoch Photographing Co.

A collection of about 2,600 of Murdoch's photos held in the collections of the UW-Milwaukee libraries includes a wide variety of business-related images, from gas stations to factories, department stores to insurance agencies. There are also images of parties, fashion shows, billboards, crowds at store sales, crime and accident scenes, and more.

A number of school photographs include shots of sports, graduations and grade schools.

Murdoch retired in 1965, leaving the photography studio in the care of employee David Thielke. He died in Milwaukee in January 1971. 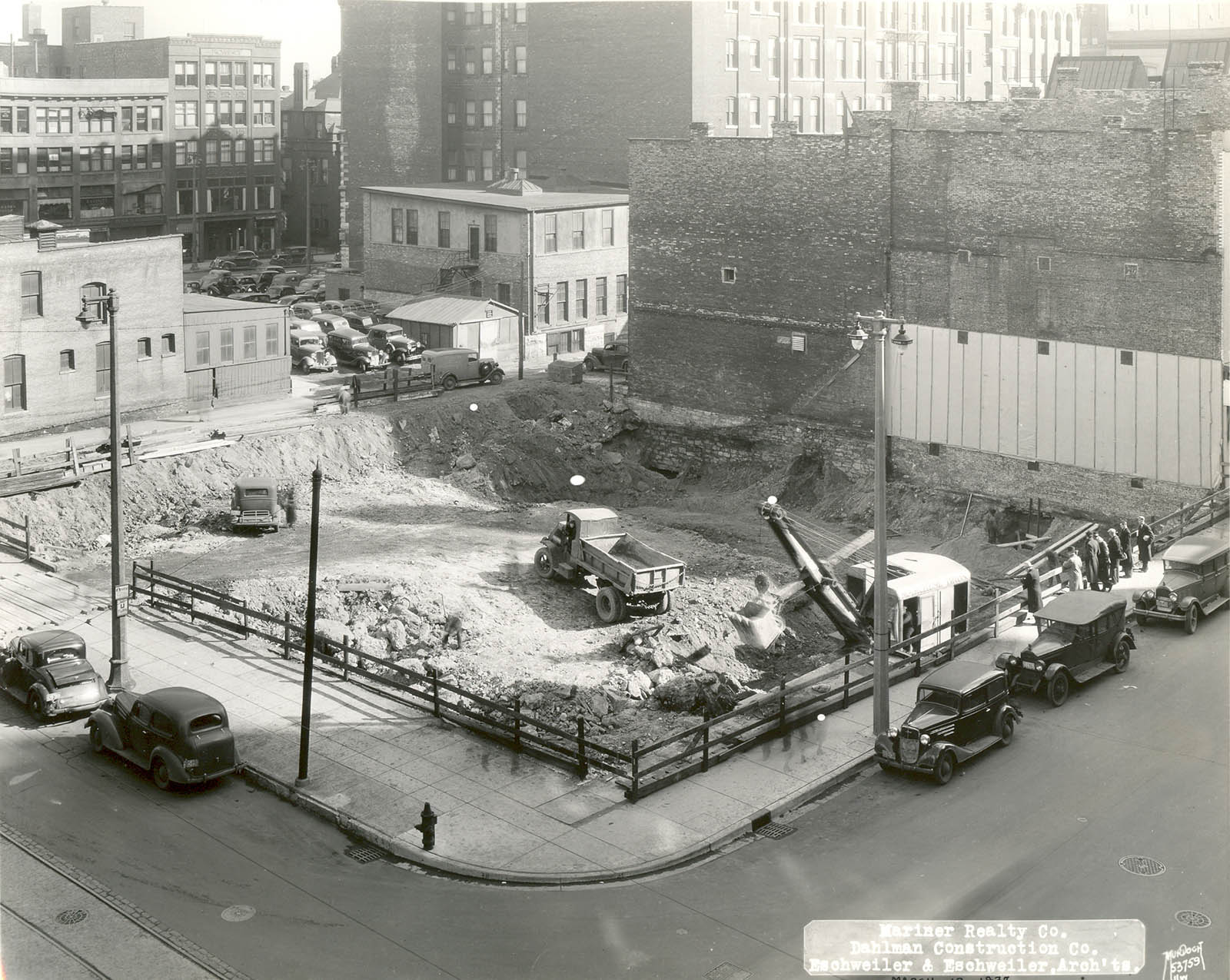 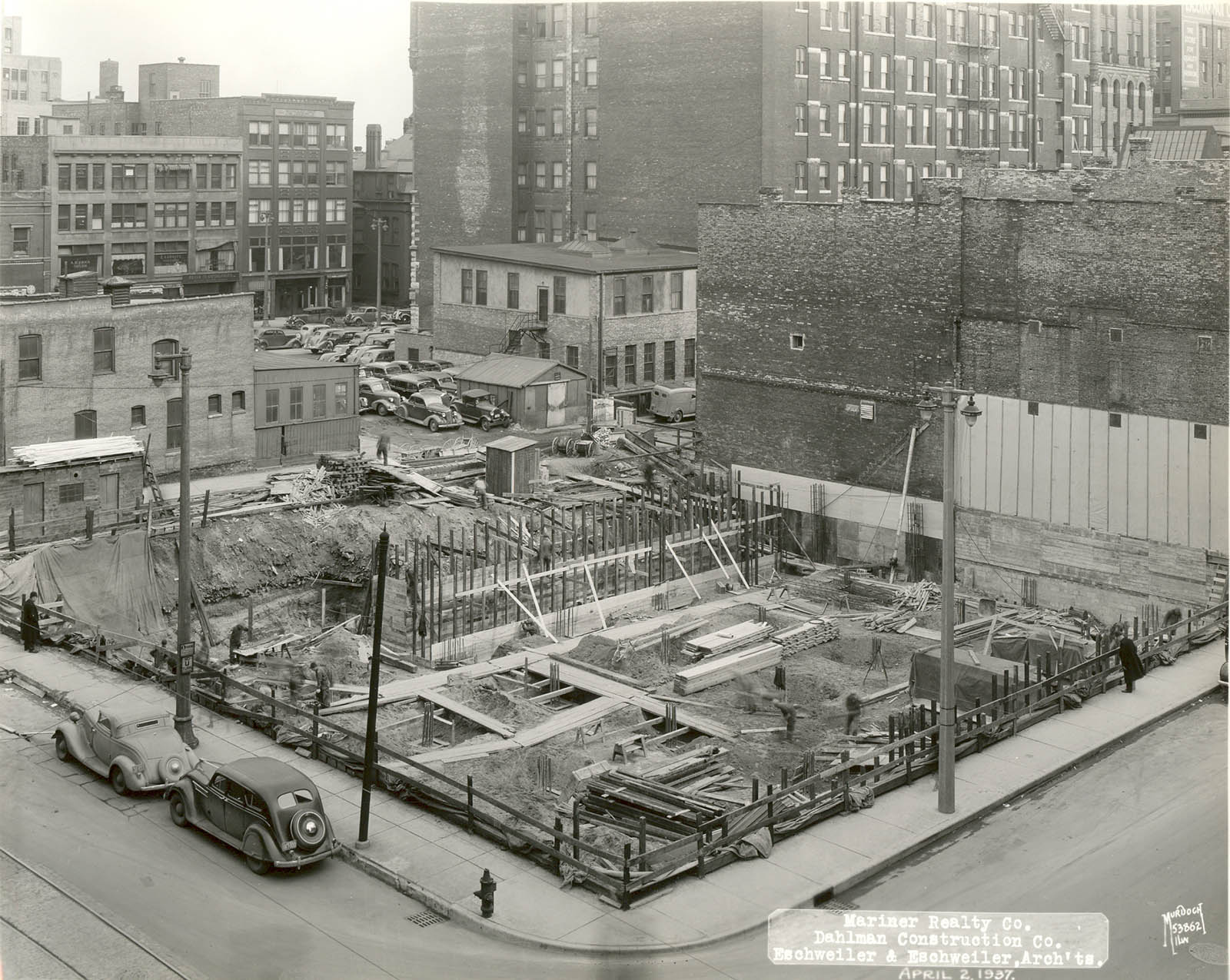 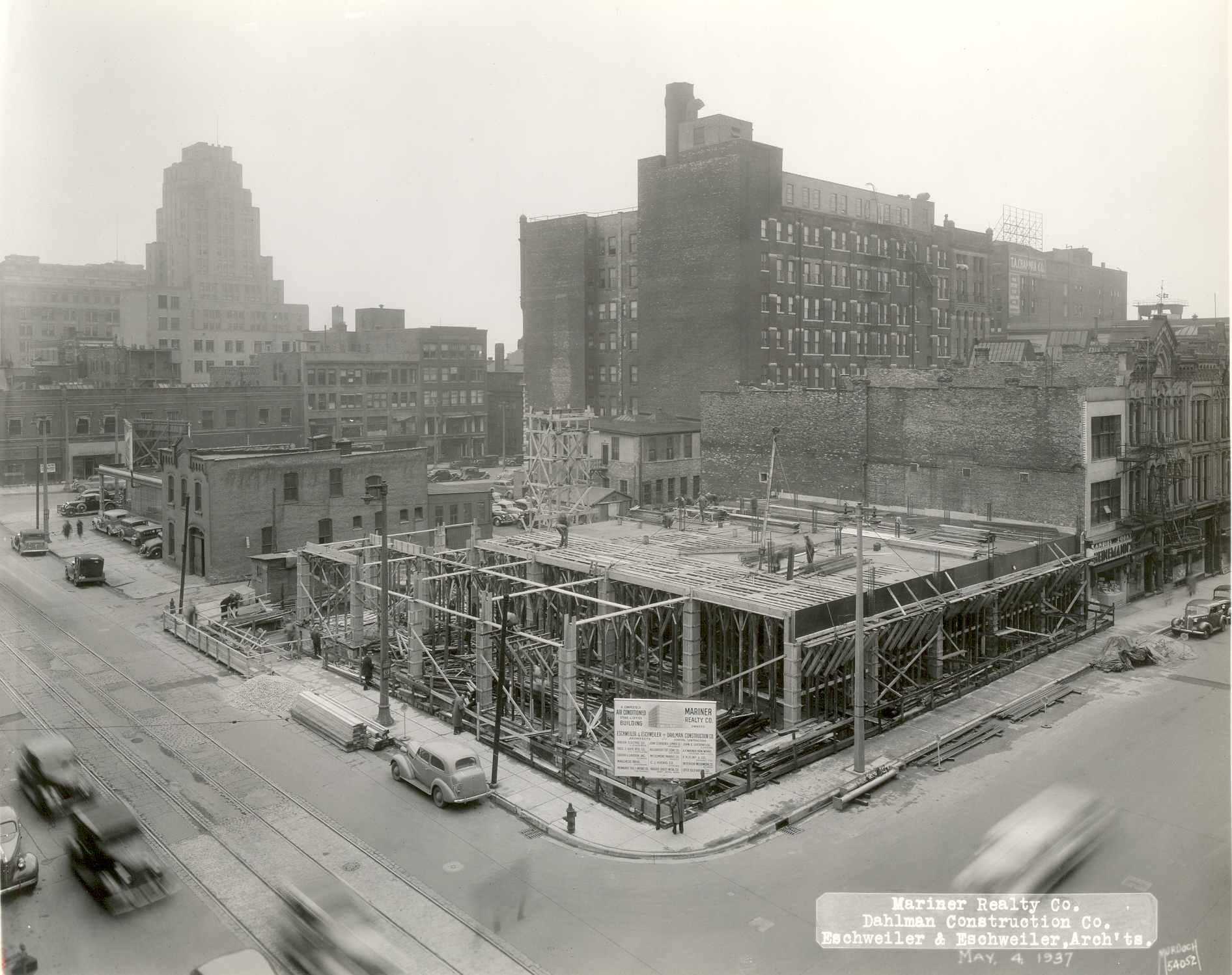 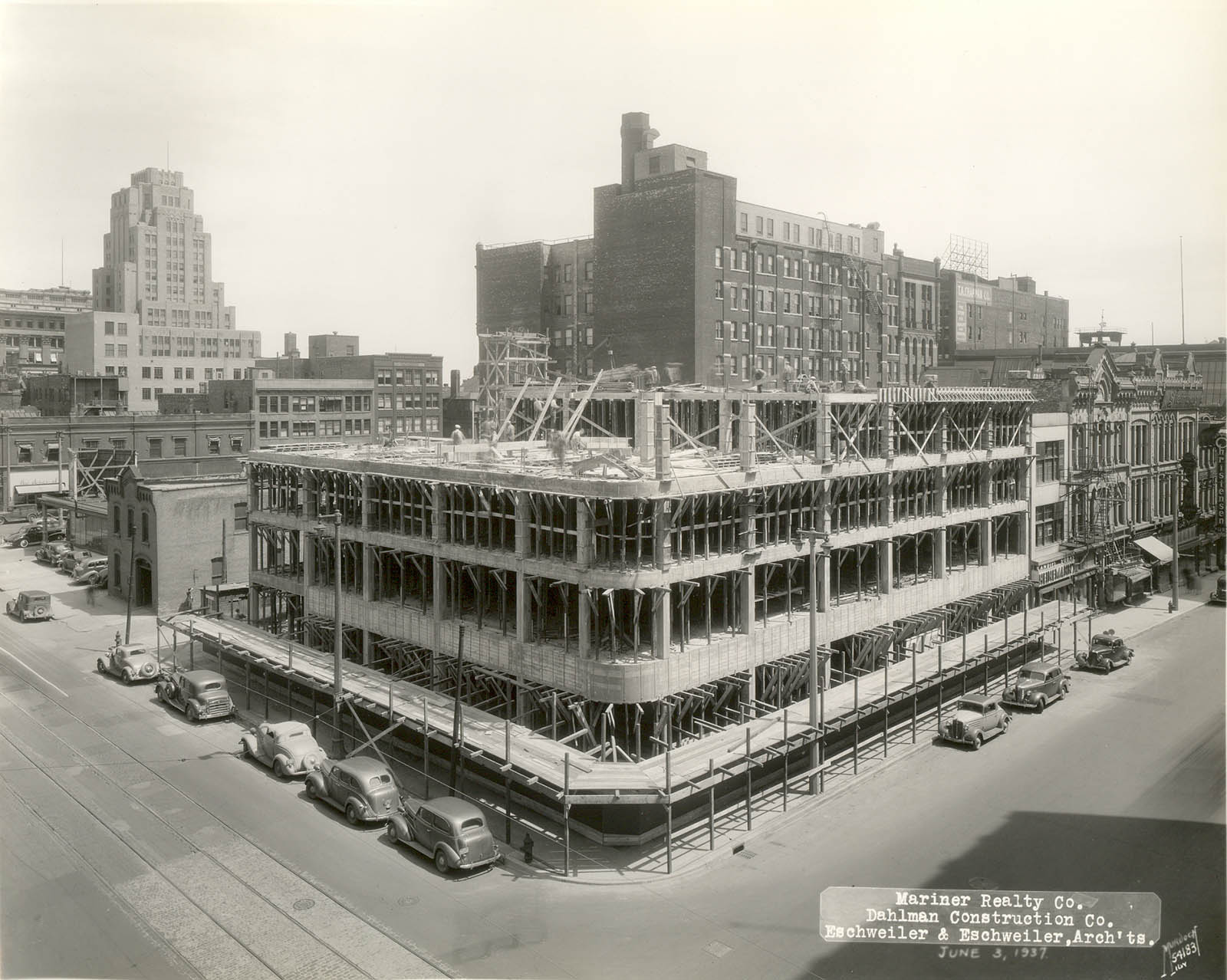 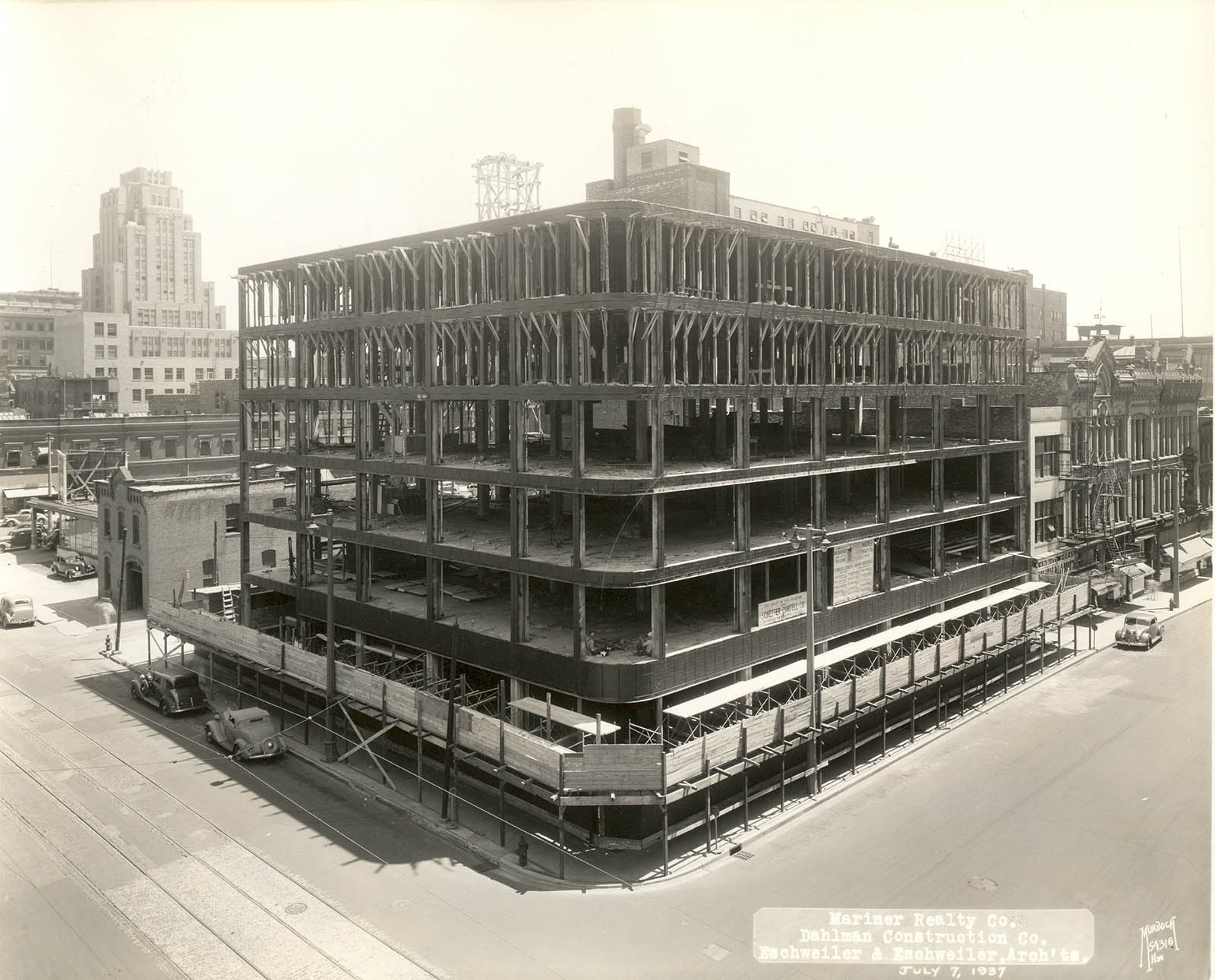 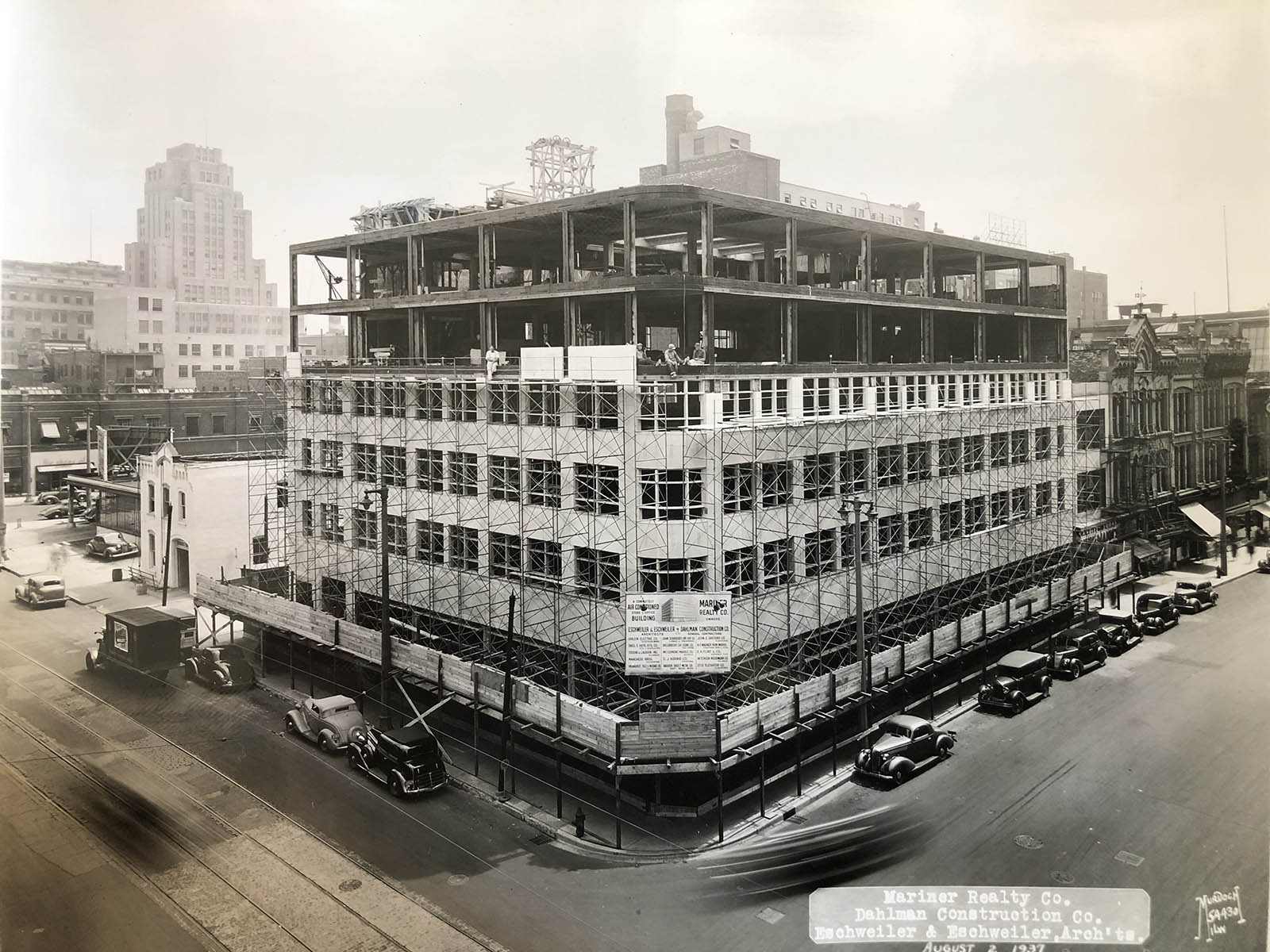 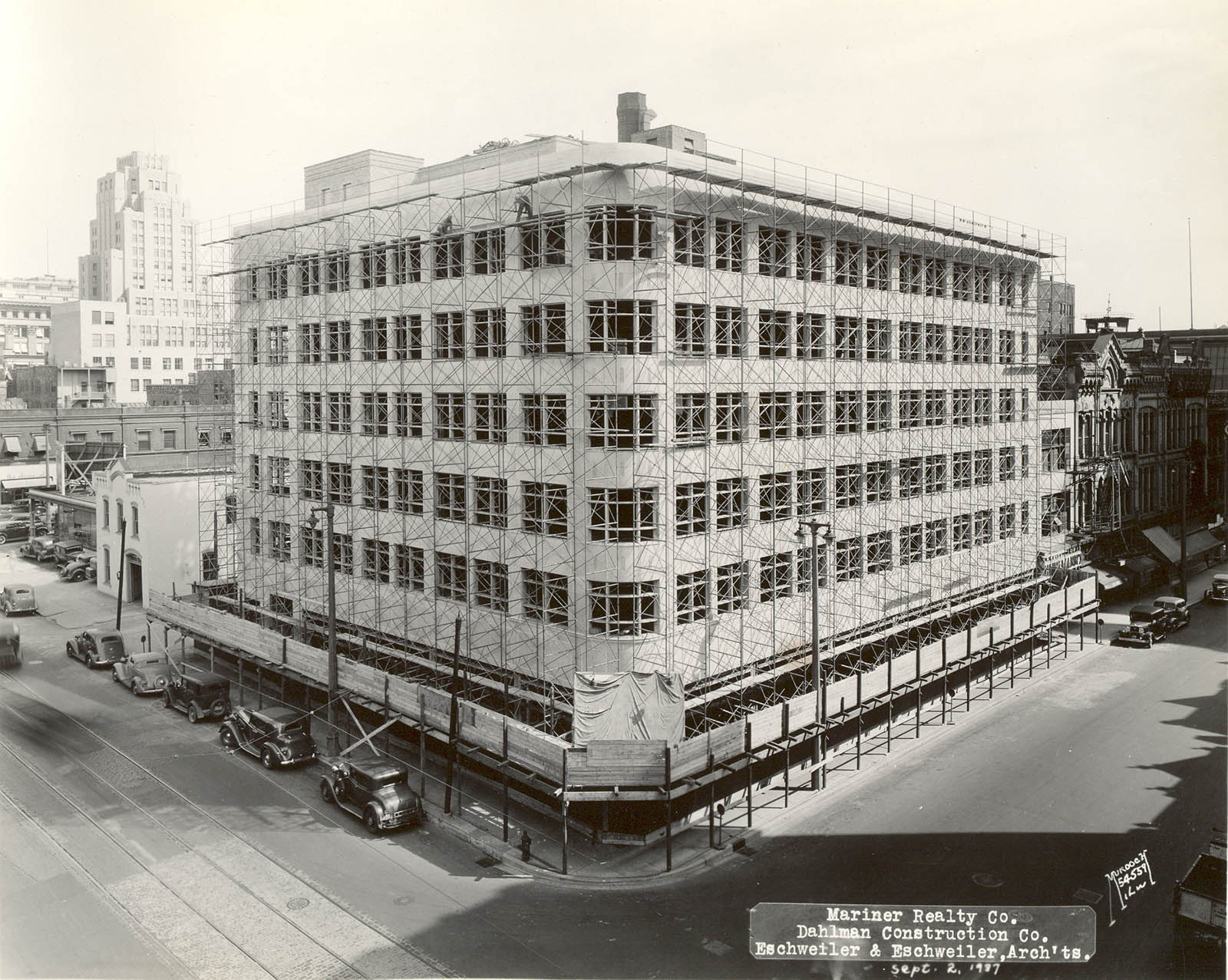 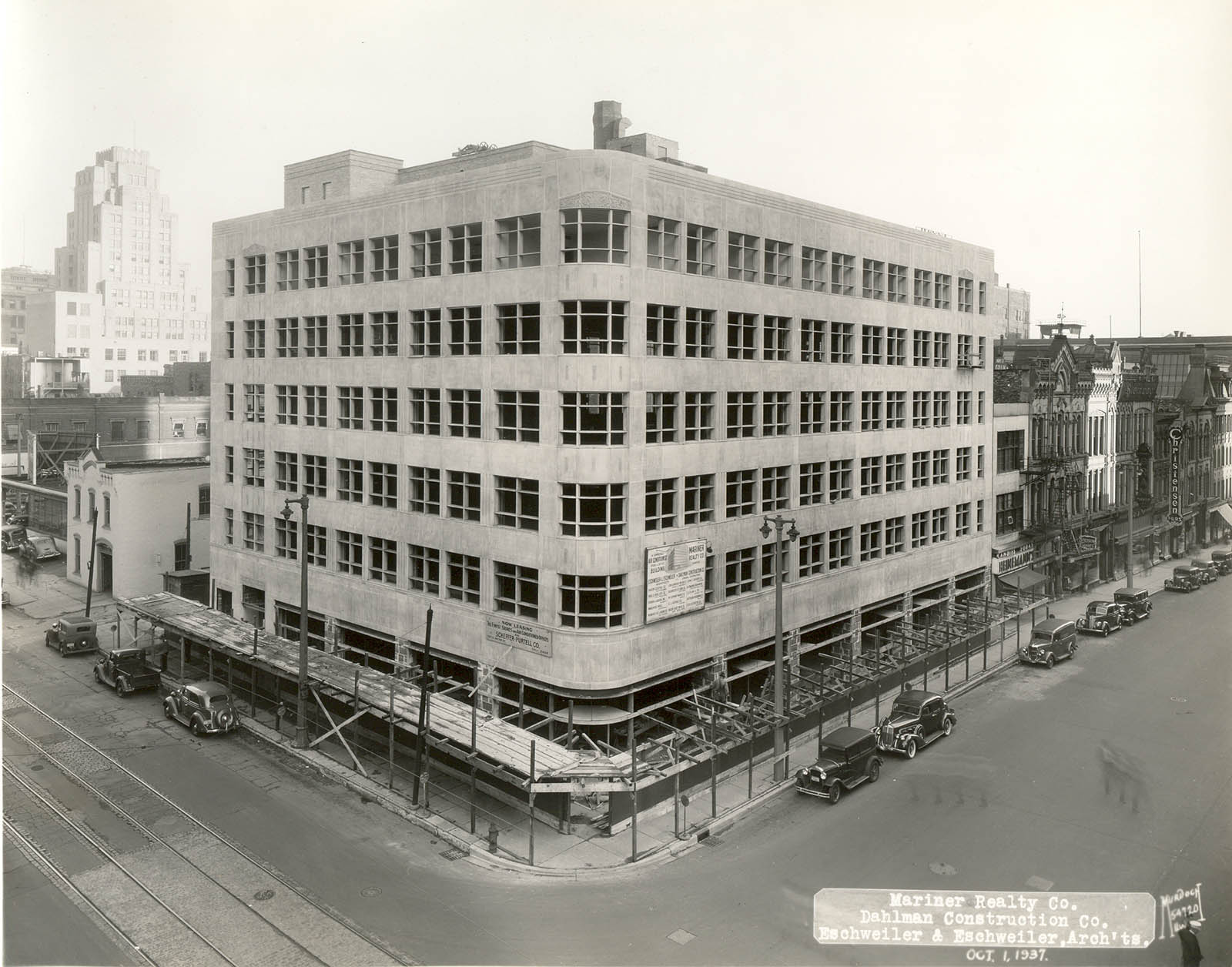 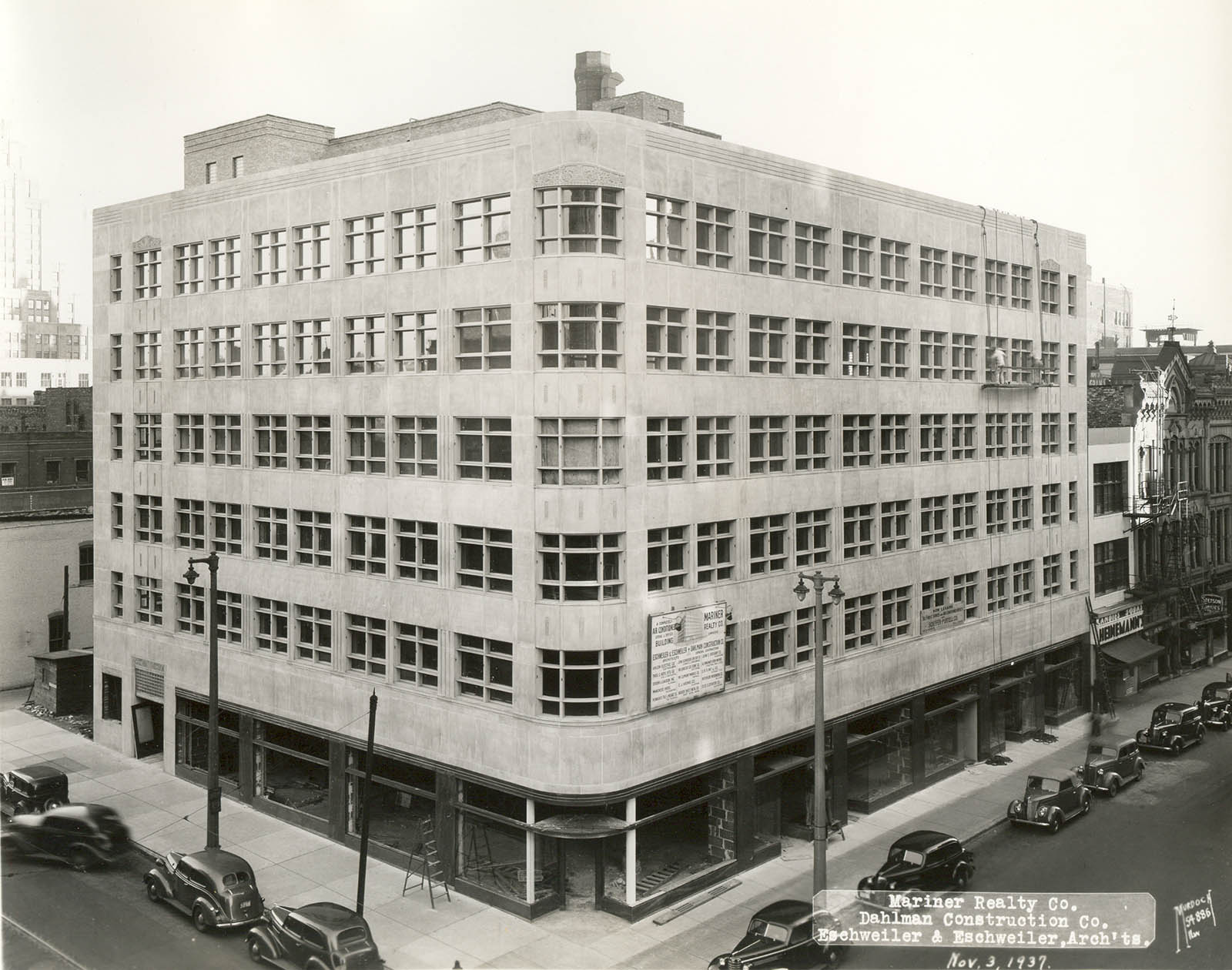 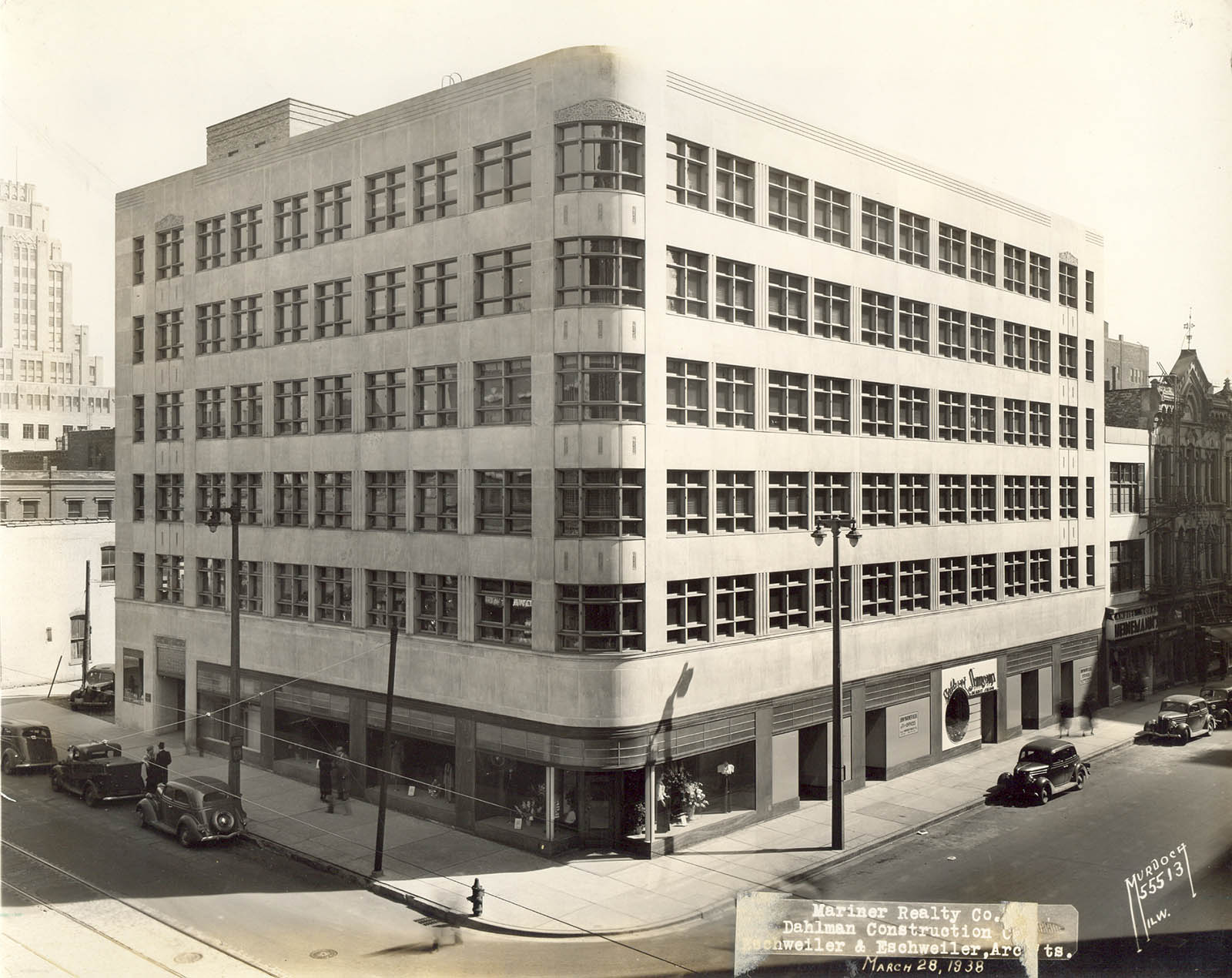