I was lucky enough to get a peek inside the former North Milwaukee Fire Station & Town Hall - which is owned by the city and has also served as a ward sanitation yard and an MFD firehouse - last year. And, of course, I want to take you along with me.

Writing about Milwaukee history serves as a constant reminder that there’s always more to learn; that no one knows it all. And surely not me. The former North Milwaukee Fire Station and Town Hall, 5151 N. 35th St., is another reminder.

When I first saw an old photo of the place, I thought, "what a shame that’s gone." Then I Google mapped it to see what was on the site and, lo and behold, the former North Milwaukee Fire Station and Town Hall was there! 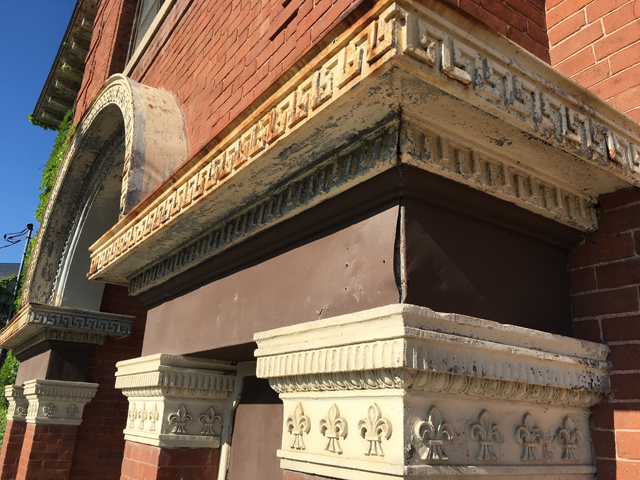 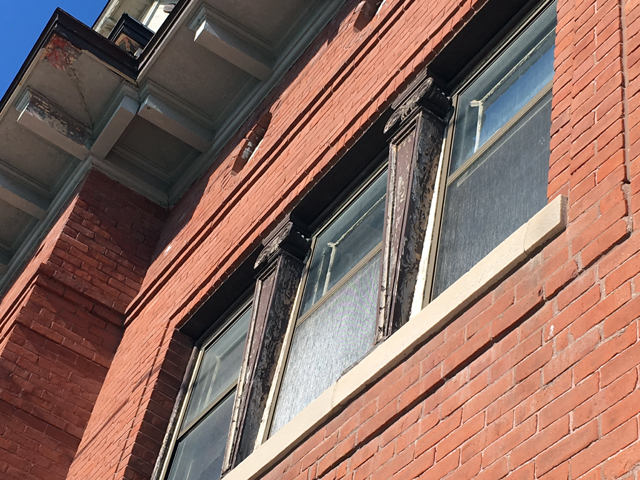 Designed by Cornelius Leenhouts and his then-partner Hugh Guthrie, this Victorian neo-classical revival building was built in 1900 for $6,000 and got an addition the following year. The facade is red brick but the rest is cream city. 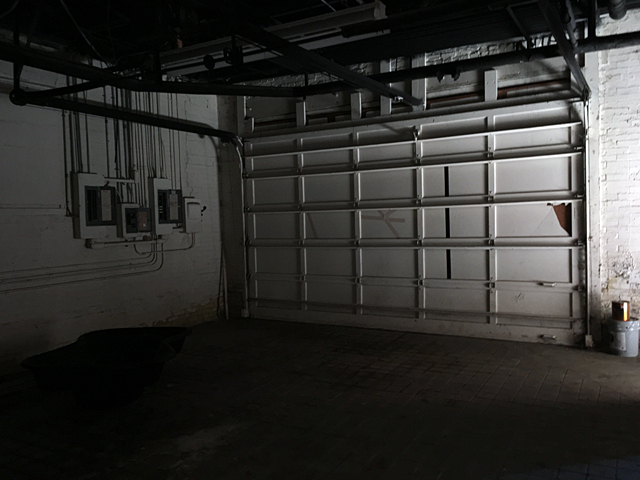 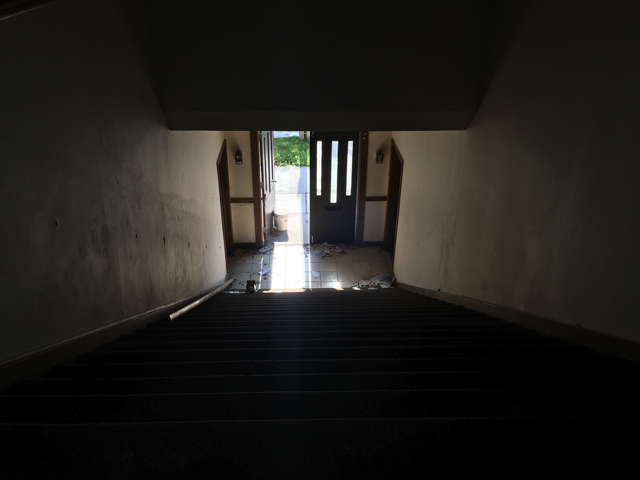 That expansion was at the back. The 1910 Sanborn map shows it as a single-story addition, but now it's a full two stories. If you look at the side of the building there is a visible demarcation in the brick, but also the four upper window openings in the back section have deeply arched tops, while the three sets of windows on the other side of the demarcation line are different.

The building is topped with an eye-catching wooden tower capped with a tall flag pole. The louvered openings suggest the tower was used as an air intake, and/or bell tower.

A pair of apparatus doors flanks the arched main entrance. Between the entry and the garage doors are pairs of column-like piers. Ornate wood mullions punctuate the windows on the second story. Above those there is a series of portholes that continue around the side. Again, these stop at the "demarcation line" I noted above, further suggesting that line marks the junction between the addition and the original building. 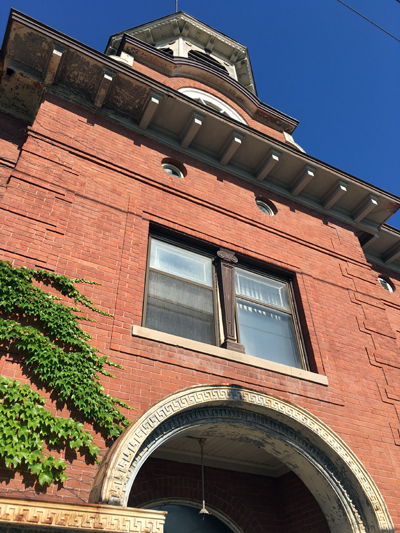 There’s a cornice along the top of the facade and other decoration, too.

According to the Wisconsin Historical Society’s Architectural Inventory, "Architecturally, the North Milwaukee Fire Station does not present a clear statement of a particular building style.

"It is strongly influenced by the resurgence of the Neo-Classical Revival which dictated the appearance of almost every public building constructed from 1900 to 1930. Elements principal to its design are the modillioned string course, central pavilion, Palladian entrance and quoins which are formed by the brick courses.

"The stepped gable over the central pavilion is not in keeping with the classical mode, but is a holdover from the late Victorian period (1890s) and was a popular element in Milwaukee buildings. The central tower, though classical in form to a certain degree, is more accustomed to Georgian Revival buildings of the late 1920s and 1930s."

The eye-catching two-story building began life as the firehouse for the town of North Milwaukee, which occupied the first floor, along with a jail. It was also used as a town hall for a time and included council chambers, committee rooms, a library and a janitor’s apartment. 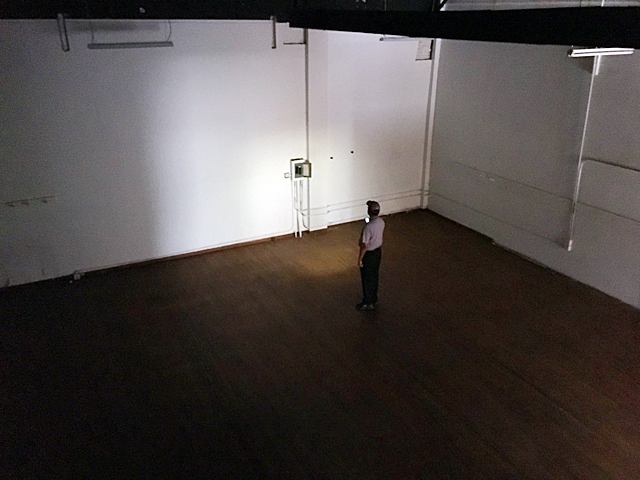 When you enter, there is a broad, steep staircase that leads to a large open room in the back of the second floor, which has a balcony along one side (pictured above). At the front are smaller rooms. One side appears to have been remodeled into an apartment fairly recently. The other side looked to have been most recently utilized as offices. 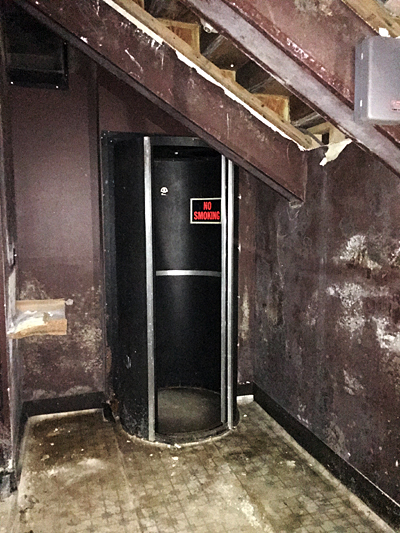 A photographer occupied the building from 1980 to 1990 and there is a rotating darkroom door beneath the staircase and connecting the big spaces behind those two apparatus doors (pictured at right).

According to the WPA guide to the city, recently published as "Milwaukee in the 1930s:"

"The section between West Congress Street, West Silver Spring Road, North Twenty-seventh Street and North Sherman Boulevard was once called Schwartzburg after a pioneer family. Schwartzburg was an unimportant (ouch!) German settlement at a small railroad station 10 miles north of Milwaukee. Such it remained until the 1880s, when it was platted and renamed North Milwaukee." 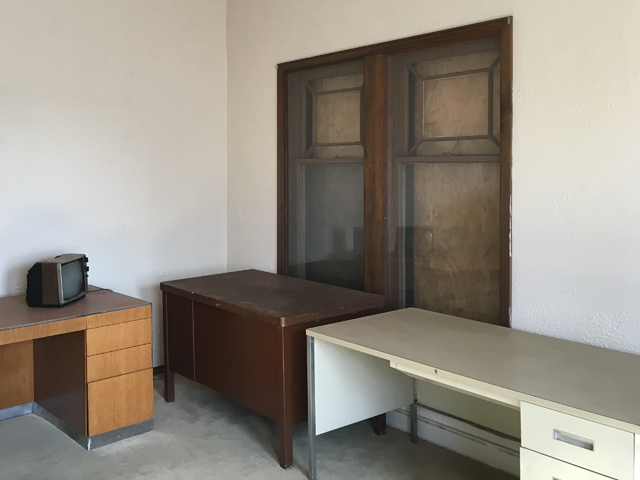 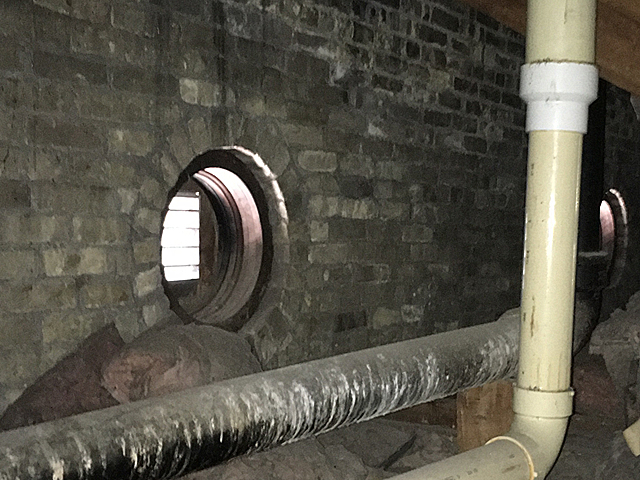 North Milwaukee was incorporated as a village in 1897. When the burg was annexed to Milwaukee in 1929, this station became home for a couple years to MFD's engine 37 and ladder 15. For nearly a half-century after, it was a ward yard for the sanitation department. After some time in private hands, it's now back in the city's portfolio, though it is apparently vacant.

In 1929, the building became part of the Milwaukee Fire Department and Engine 37 and Truck 15 were established here.

"(They) were commission in these quarters under Lieutenant Erwin Gerboth and a crew of seven," writes Jim Ley in his book, "10-19 Return to Quarters: A History of Milwaukee's Fire Stations." 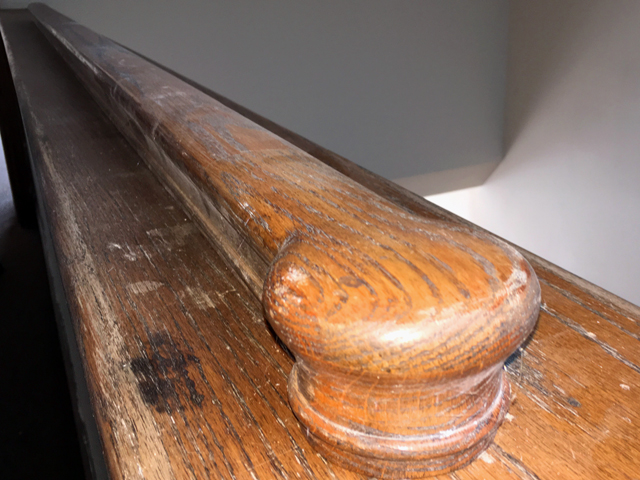 "Engine 37 was assigned a 1926 American LaFrance engine that was formerly used by North Milwaukee. Truck 15 was assigned a new MFD-built city service truck." 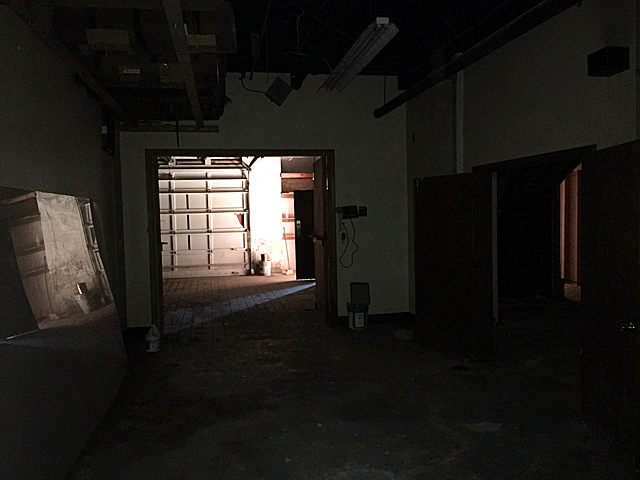 When MFD left, the building began to be used as a City Bureau of Sanitation Ward Yard, a role it fulfilled for 45 years. After some time in private hands, it's now back in the city's portfolio, though soon it could be yours...