Most Milwaukeeans know about The Harp Irish Pub at 113 E. Juneau Ave., but, sadly, few now remember its founder, Josephine Dolan, who was a beloved Brew City publican. Luckily, her granddaugher Patricia Doherty wrote in to remind us all.

Most Milwaukeeans know about The Harp Irish Pub at 113 E. Juneau Ave., but, sadly, few now remember its founder, Josephine Dolan, who was a beloved Brew City publican.

Though the history of the place is no secret, an email from her granddaughter, Patricia Doherty, allowed us to remember its founder during OnMilwaukee’s annual Bar Month.

"I thought you might like the attached picture," Doherty wrote about the image below. "My grandmother founded The Harp Irish Pub. In 1965, she did a beautiful job building the patio area and she won the city's beautification award for it. This picture is from the late 1960s." 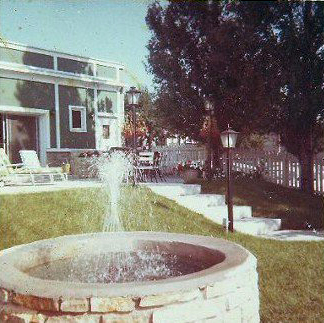 In fact, when Dolan won the city’s first certificate of appreciation from the Mayor’s Beautification Committee for the project, she was presented with the award at the fountain in the foreground of the photo.

A later newspaper article recalled that "Mayor (Henry) Maier said at the time Dolan had created ‘a small island of beauty right here in the Downtown’." 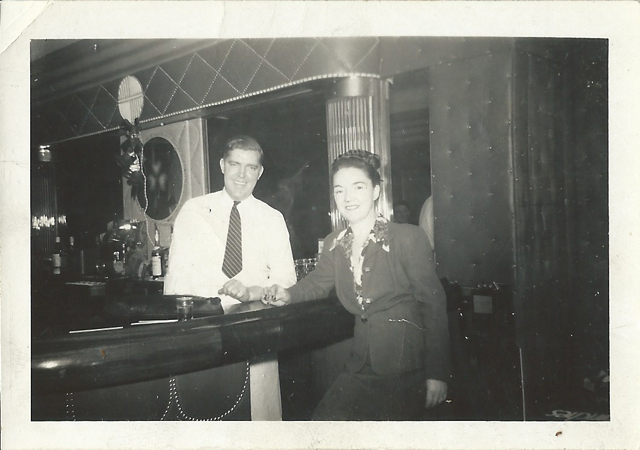 Gene and Jo Dolan in JD's on Center Street.


Dolan, who was one of 11 children, was born in Omaha – the daughter of a railroad worker – and arrived here in 1924 when she married Manitowoc native George Dolan, who passed away 17 years later. 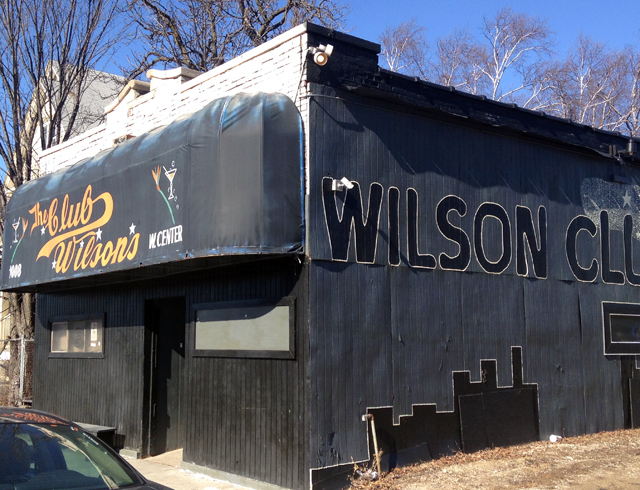 The site of JD's as it appears now. (PHOTO: Matt Mueller)

Dolan worked as a waitress and hostess and then opened her first tavern, called JD’s, in 1944 at 1008 W. Center St. That building survives and is still a working bar. But Dolan’s tenure there was brief. In ‘45, she moved to a space at 933 N. Broadway, which sits where MGIC is now located.

Two views of The Harp on Broadway.

A Milwaukee Journal article noted that Dolan, "a middle aged widow with all of the spunk that her name suggests," ran "an authentic Irish bar. ... Some of the community’s most substantial citizens, judges, aldermen, a mayor now and then – most with nary a trace of the ‘old sod’ in them – made it their oasis." 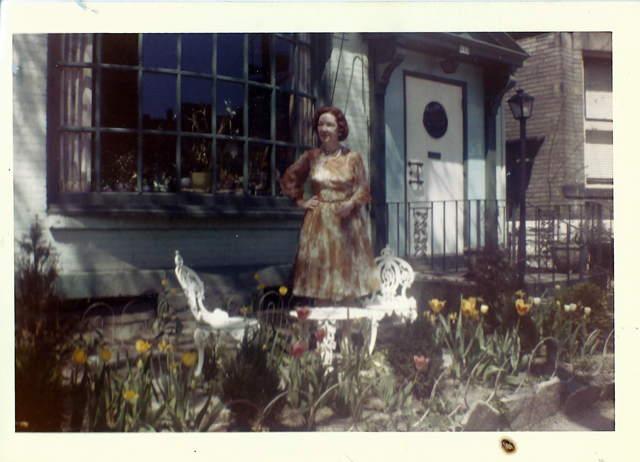 Jo Dolan outside The Harp on Broadway.

Her brother Gene (Eugene) Ralph – 10 years her junior – who passed away in 1980, worked alongside Dolan for many years.

The old Harp was ousted by a redevelopment project – the MGIC Plaza was completed in 1973 – and Dolan found a new spot for her tap, which had been renamed The Harp upon its move Downtown. 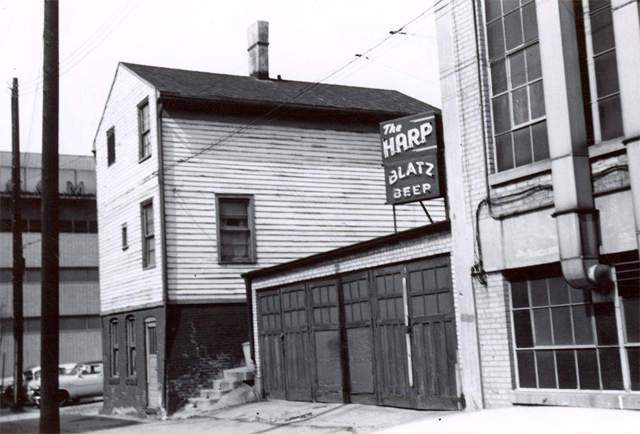 The Harp on Broadway, as seen from the alley. (PHOTO: Milwaukee Public Library)

Though The Harp was lauded as a real Irish pub, even for her final St. Patrick's Day on Broadway, Dolan skipped the cabbage.

"I never served corned beef and cabbage," she told the Milwaukee Sentinel's Ray Kenney. "I never could stand the smell of it cooking. We serve only Irish stew, highly seasoned. The Irish never season anything. Their food is too bland." 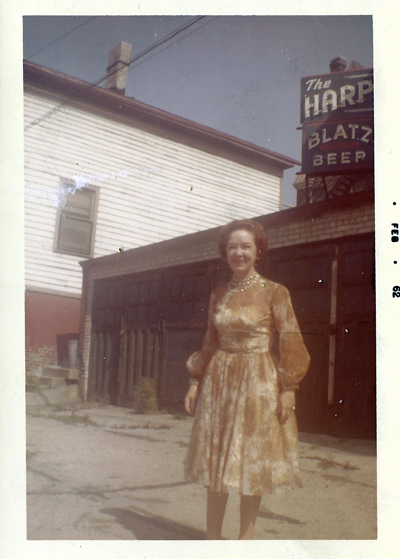 Dolan clearly had no truck with bland.

"All our drinks will be green," she told Kenney in no uncertain terms. "Even if the customers don't want them that way, that's the way they drink them."

Dolan, recalls her granddaughter, always spoke her mind and was one tough cookie.

"In eighth grade I got in trouble for getting in a fight," Doherty recalls of an incident at Longfellow Middle School in Wauwatosa.

"I told the vice principal, Harry Haufschild, that my mom was out of town and he'd have to call my grandma to come and talk to him. My grandma arrived in her 1965 Mustang, her mink coat, her gold and diamond jewelry, her bright red nail polish and her flaming red hair. She walked in his office and without looking up, he said 'Can I help you?'

"She responded 'I was looking for the vice principal. Obviously that is not you or you'd have the courtesy to stand when a lady enters the room'."

On June 13, 1965, Dolan held an Irish wake for the auld pub and then, along with bagpipers and 200 customers, she paraded to the current home of The Harp on the river at Juneau Avenue.

According to the current Harp website, the site has been home to bars since the 1860s, including incarnations with such picturesque names as The Merry Gardens, The Blue Room Tap, The Melzer & Cole Tavern and The Taxi Inn.

And there, she built the riverside garden patio with a new walkway lined with gas lanterns, a fountain that was lighted at night, umbrella-shaded tables and a new dock.

"She was great friends with the owners of Usinger's sausage across the river," recalls Doherty, "and every summer they had a joint cookout on her patio." 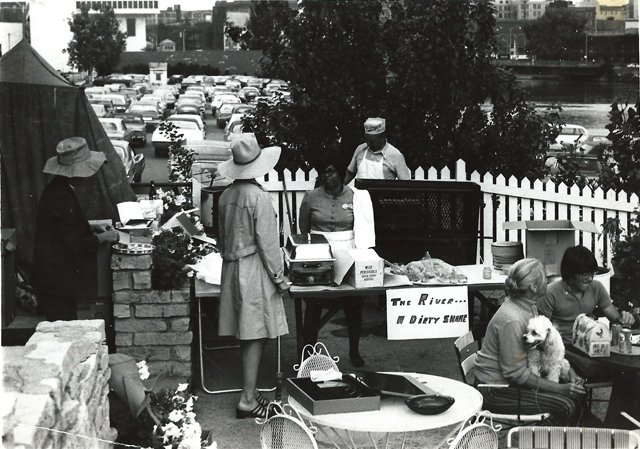 A Harp/Usinger's cookout along the Milwaukee River.

In April 1975, Dolan was feted at a testimonial dinner at the Marc Plaza (now Hilton City Center) Hotel and more than 500 people were expected to show up. The 15th was officially proclaimed "Jo Dolan Day" in Milwaukee.

Not only did Mayor Maier – who also proclaimed Dolan to be "Milwaukee's first woman of the year" – show up, he was joined by eight Common Council members, two judges, the commissioner of city development and "at least one state legislator," according to a newspaper report the day after. "Even those who were unable to be there but sent telegrams were impressive – the governor, a U.S. senator, three congressmen and a consul general of Ireland. 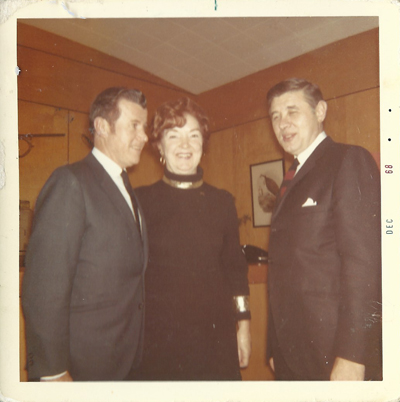 "Irish tenor Dennis Day, a friend of Mrs. Dolan since 1962, flew in to be with her. He sang a selection of songs, including perennial Irish favorites such as 'Clancy Lowered the Boom,' 'McNamara's Band' and 'Danny Boy'."

At the dinner, emcee Tom Shanahan, of radio station WEMP quipped, "The Harp is where Jo does social work among the rich and influential."

By that time, Dolan was a member of the committee that had celebrated her patio design at The Harp. She also served on the March of Dimes board, on the city's Bicentennial Committee and as head of the Municipal Christmas Tree Committee (Day came to town in 1972 to help light the city tree). Five years later, her granddaughter says, Dolan sold The Harp to family friend Kent Wakefield and retired.

"When she passed away," her granddaughter remembers, "the wake was at The Harp. We had an open bar and the total tab was over $2,000 and that was (more than 30) years ago. The current owner (restaurateur R.C. Schmidt bought it in 2008) has a little tribute to her in the menu."

If it's March, then Gilles has Jameson frozen custard!