On Monday, the Milwaukee City Plan Commission provided a boost to a plan to convert the burned-out former State Theater into an all-ages venue by supporting a zoning change. On Thursday, a city department will discuss sale of the property.

Earlier in the year, a plan emerged to turn the burned-out remains of the former State Theater, 2612-16 W. State St., into a new all-ages performance venue focusing on rap and electronic music, recording studios, retail space for local merchandise and home to FREESPACE, an existing non-profit founded by rappers Webster X and Kane the Rapper, and MPS teacher Vincent Gaa.

The building – the history of which you can read here – has been vacant since the Hoops strip club that most recently occupied closed in 1991. In 2017, it caught fire.

On Monday, the Milwaukee City Plan Commission provided a boost to the plan by supporting a change in the zoning of adjacent lots at 1027-27 N. 26th St. from multi-family residential to local business, which would allow the new use.

Next, the Redevelopment Authority of the City of Milwaukee will take up the idea of selling the theater and that adjacent property to The New State group. That discussion is slated for Thursday. 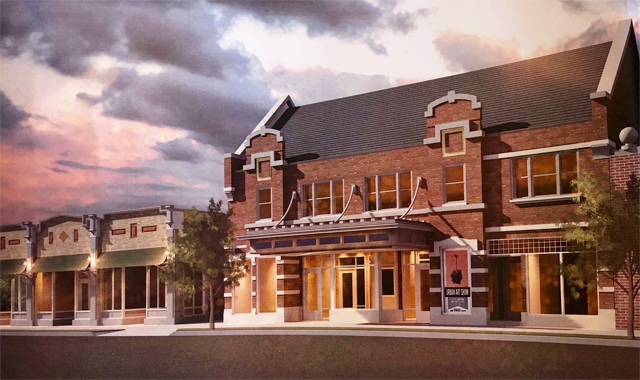 If RACM supports the sale, both the zoning change and the sale would move to the full council for approval.

The theater, built as a movie theater in 1915, was the site of numerous concerts during its era as a nightclub – in the 1970s-80s, first as the Electric Ballroom and then The Palms – including early performances by the likes of U2, Tom Petty & the Heartbreakers, Huey Lewis & the News, Elvis Costello, Metallica and The Police.