If you're looking for something different to carry-out this week, Hotel Madrid might just have your number, especially since they recently added one of their top-selling late night offerings to their regular carry-out menu.

If you’re looking for something different to carry-out this week, Hotel Madrid might just have your number, especially since they recently added one of their top-selling late night offerings to their regular carry-out menu.

Comprised of wavy egg-based ramen noodles coated in house Thai chili sauce with broccoli, carrots, onions and shaved Brussels sprouts (plus, steak, if you’d like), this dish is sweet, salty and ultra comforting.

The dish, which originated as a way to use up ramen noodles after Yokohama closed in 2018, has been such a popular staple that Stand. Eat. Drink. Hospitality Culinary Director Jeff Badders says they actually buy the noodles for the dish by the pallet.

"We’ve literally gone through 800 cases of the noodles over the past two years," says Badders, who master-minded the recipe for the noodles secret Thai chili sauce.

We get it. The dish is delicious. But why are there street noodles on the menu at a Spanish restaurant?

As it turns out, the dish has a story that leads back to an underground dining experience in Madrid, Spain. 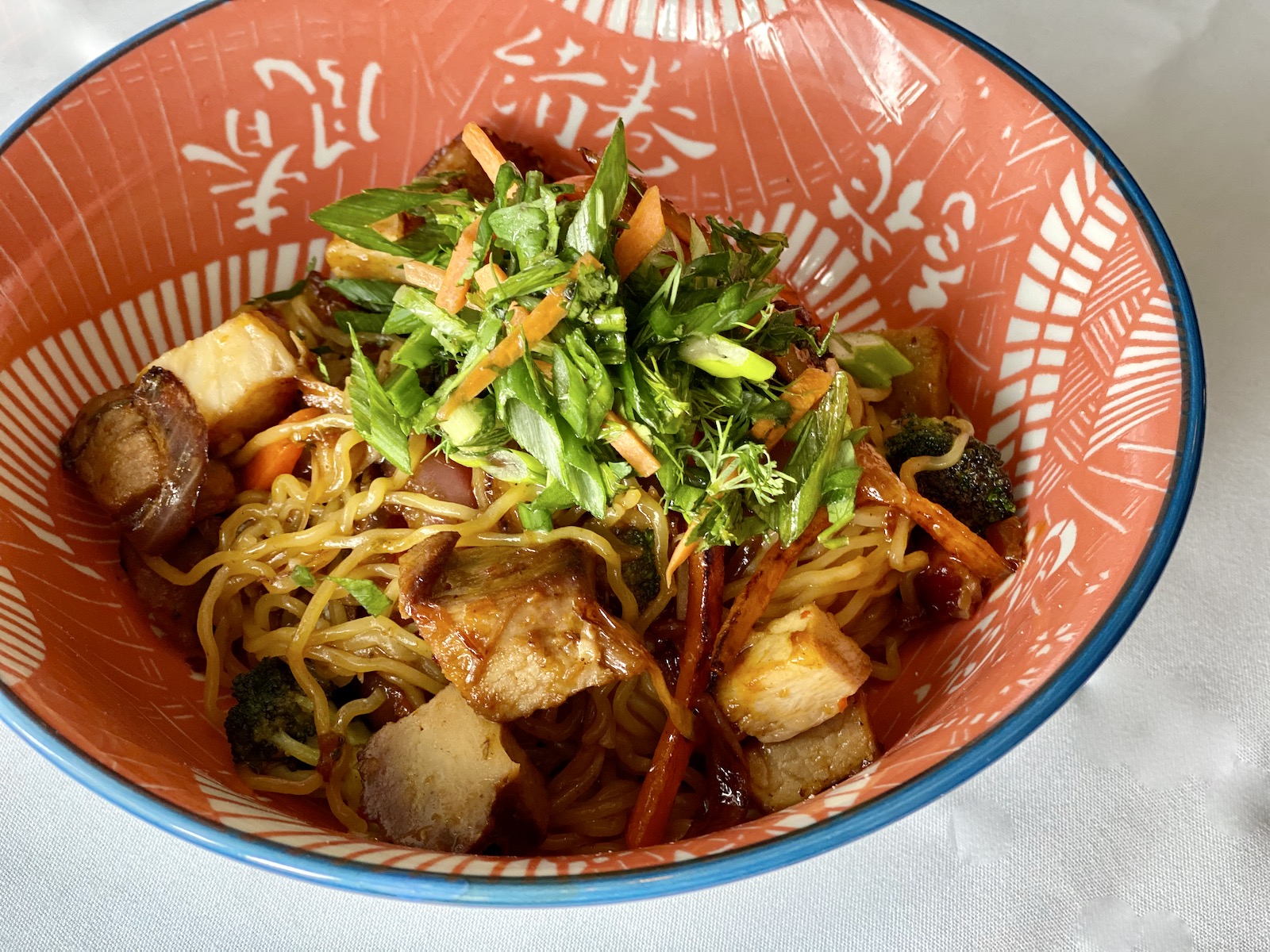 The restaurant wasn’t the first to introduce Milwaukee to Spanish cuisine; but it was the first to do so in way that reflected Spain in its most modern sense – as a place of evolution, revolution, arts and culture.

The restaurant was able to pull it off largely due to co-owner Andrei Mikhail’s background and experience.

"My parents actually met in Spain. My father was from Milwaukee, but he moved there when he was 20," he said in an interview just after MOVIDA opened. "My mother is from Peru. She moved to Spain and was working there when she met my dad."

Throughout his childhood, Mikhail says he traveled with his parents to and from Spain. And when he graduated from college and began a career in international investment banking, he made his home in Madrid.

"Spain was always my second home," he said. "I had friends there, and I was comfortable with the culture. So, it only made sense."

Eventually, after leaving the banking industry, he took a turn in retail ownership and management before accepting a job in management at Serrano 41, a popular club near the Plaza de Espania in Madrid.

The nature of his work made him particularly aware of Madrid’s late night scene, which included – among other things – a Chinese take-out restaurant which served as a popular spot for folks after bars in the area closed.

The restaurant, known as Zhou Yulong or "The Underground," was located in a corridor leading to an underground parking lot. And, until its closure in September of 2019, it offered a condensed menu featuring dumplings, dumpling soup, hand pulled noodles, fried rice dishes and fried noodles. The noodles, in particular, were a favorite among locals in Madrid, attracting lines of loyal fans on a nightly basis.

And those addictive, crowd-pleasing noodles, ultimately became the source of inspiration for the street noodles currently served at Hotel Madrid.

"Honestly," says Badders, "I was pretty skeptical when they came to me and asked me to create a street noodle dish. I was like: ‘How is this even Spanish?’... and then they said ‘See, there’s this secret underground noodle shop in Madrid…’ and it totally made sense."

Hotel Madrid’s Street Noodles are available for curbside pick-up seven days a week between 5 and 9 p.m. The noodles can be ordered in individual portions ($10) or family style ($35) along with recommended wine pairings ($15). Order online for pick-up or call the restaurant to place your order.