As summer looms, the notion of drinking a cool glass of rosé on the patio is becoming a distinct reality. And, thanks to a new release from Stringer Cellars, you can make that a local rosé.

As summer looms, the notion of drinking a cool glass of rosé on the patio is becoming a distinct reality. And, thanks to a new release from Stringer Cellars, you can make that a local rosé.

Stringer Cellars will release its first rosé, Babbling Brook, a 100 percent direct press pinot noir from Santa Barbara County as well as a second round of John Sebastiano Vineyard Chardonnay in the next week or so.

And if you have an appreciation for wine, this local winery is one on which to keep your eye.  That's in large part due to its unique operating model: making wine with grapes that are grown to its specifications on land leased from premiere California vineyards. It’s an approach which allows it to keep one foot firmly planted in Wisconsin, and the other in the Napa Valley in California.

The family-owned boutique winery, which is located in West Bend, was founded in 2015 and its inaugural wines were released in the fall of 2017. Those included an Anderson Valley syrah, Napa Valley cabernet, Santa Rita Hills chardonnay and a red blend named Metal Bender in honor of his family’s steel manufacturing company, the Matenaer Corp.

The wines made their debut at the Fondy Farm Feast in August of 2017, and gradually made their way into local retail shops thanks to the work of Select Sellars.

With just under a year on the market, the nascent winery is still building steam. But, thanks to Stringer’s body of experience in winemaking, Stringer Cellars has become a winery to watch. 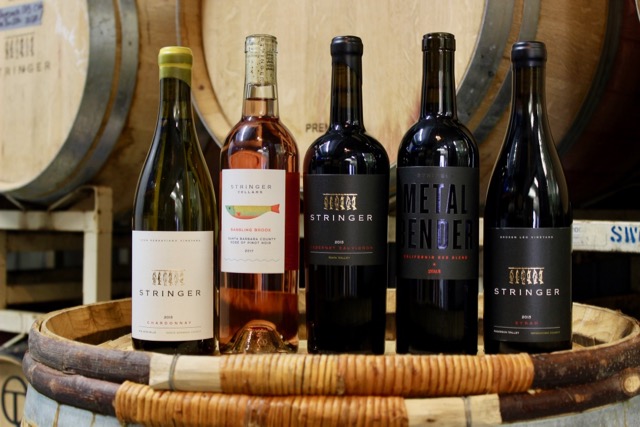 From Wisconsin to California and back again

Stringer says his obsession with wine – and the processes behind it – began during a college visit to the University of San Francisco.

"We spent a day in the Napa Valley," he says. "And I was just floored. It was so beautiful there. The food was fantastic. And I just fell in love with the incredible culture of food and wine."

The trip prompted Stringer to seek out a job at a local wine shop, the now defunct Grapes & Grain in Mequon. From there, he says, he immersed himself in the study of wine.

While attending college at Brooks Photography School in Santa Barbara, he took a job as a cellar rat at Fiddlehead Cellars. From there, he went on to work at wineries in the Napa Valley, the Willamette Valley in Oregon and in New Zealand where he earned a two-year certificate in oenology.

When he returned to the States, he took a job with Jonata, a winery in Santa Barbara known worldwide for its cutting edge viticulture and innovative winemaking.

In summer of 2009, Stringer returned home to Mequon. The plan was to spend some time with family, go to Summerfest and return to California. But, as luck would have it, during his visit he fell in love. He and his now-wife, Brooke Siepel (for whom the winery’s rosé is named), dated long-distance for about six months before Stringer says he decided to move back home. He took a job with his family’s steel business by day, but he says he spent his free time in the garage, making wine.

"I had a lot of great connections in California," he says. "So I took the opportunity to ship back some really high caliber grapes from premiere vineyards. I’d make bottles and give them to family, friends and clients from work."

By 2015, the family decided to establish an official Wisconsin-permitted winery. And, in their first year, they made 500 cases of wine, an amount that has tripled with the 2017 harvest. 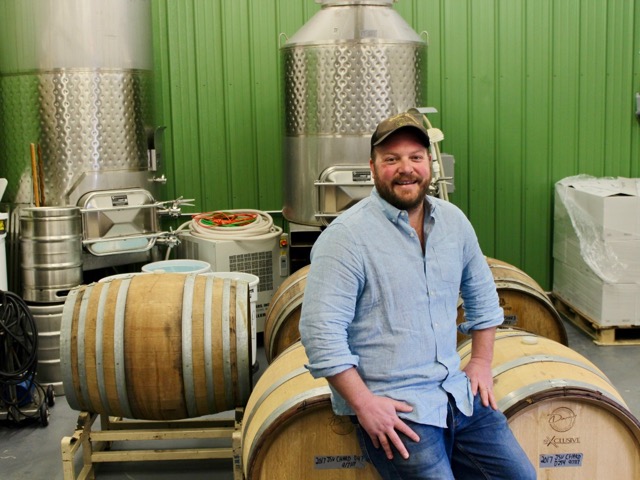 An obsession with quality

‘There are huge grape brokerages that will ship grapes across the country," Stringer says. "And those are the grapes so many wineries use. But, when it comes to winemaking, the grapes are the single most important component. So, we’ve taken care to contract with very specific vineyards where we grow the grapes that go into our wine. I’m a winemaker, not a grower, so I consult regularly with a viticulturist, who provides advice on managing the crops we have."

When the winery first started, Stringer says he traveled back and forth from Wisconsin to California, ensuring he was present at the vineyards during the harvest. There, he’d oversee the picking and loading and then fly back to Wisconsin where he’d meet the grapes at the winery.

"Eventually," he says, "The logistics of that approach became nearly impossible. When I was there, I wasn’t in Wisconsin making wine, and when I was in Wisconsin, it was difficult not to miss the optimal harvest times in California."

So, in 2017, he began renting winery space in California to produce a portion of the wines.

"It’s such a weather-related business, and it can be tough to schedule things from miles away. So, we’ve switched the way we operate. Our top level cabernets and syrahs are now made in California. Meanwhile, the rosé, chardonnay and Metal Bender are made at the winery in West Bend."

Stringer says he still travels out to California about once a month to take meetings, do tastings and checking on the grapes at his contracted vineyards. And, during the harvest season, he’ll spend three to four months there, harvesting, pressing and barreling grapes. Some of those grapes will be made into wine in California and shipped back for barrel aging in Wisconsin. Others will make the trek to Wisconsin where they'll be transformed into wine at the West Bend winery. Either way, it's a win.

‘I’m a Midwestern guy," he says. "I lived out on the coast for many years, but this is my home. What I really want is to create the best possible wine while operating here in Wisconsin."

Stringer says that, in addition to operating the West Bend winery, he is actively looking for a location for a tasting room in the Milwaukee area where he can feature the full selection of Stringer Cellars offerings.

"Milwaukee is an exciting place to be," he says. "We have an amazing culinary scene and a burgeoning wine scene. And there’s so much energy in the city. We’d really love to have a presence here."

In addition to Stringer Cellars’ rose and chardonnay, the 2016 vintage of Metal Bender is expected to be released in late fall or winter of 2018. Stringer is also minding batches of single vineyard syrah and cabernet, which are currently resting in oak barrels at the winery.

Stringer Cellars wines are available at a variety of retail outlets in the Milwaukee metro area including Waterford Wine locations, Jeff’s Wine & Spirits in West Bend and Sonoma Cellars in Oconomowoc.

The winery will also collaborate on an event at Birch + Butcher in June. Watch OnMilwaukee for additional details as they become available.