It felt a bit like Christmas in August this week when I opened my email to find a gift of a message from Manitowoc native Andy Beckman, who works as an archivist at the Studebaker National Museum in South Bend, Indiana, and sent a couple photos he'd found in the image collections.

It felt a bit like Christmas in August this week when I opened my email to find a gift of a message from Manitowoc native Andy Beckman.

Beckman, an Urban Spelunking series fan who works as an archivist at the Studebaker National Museum in South Bend, Indiana, sent a couple photos he’d found in the Studebaker corporate image collections.

They depict Milwaukee around 1900. 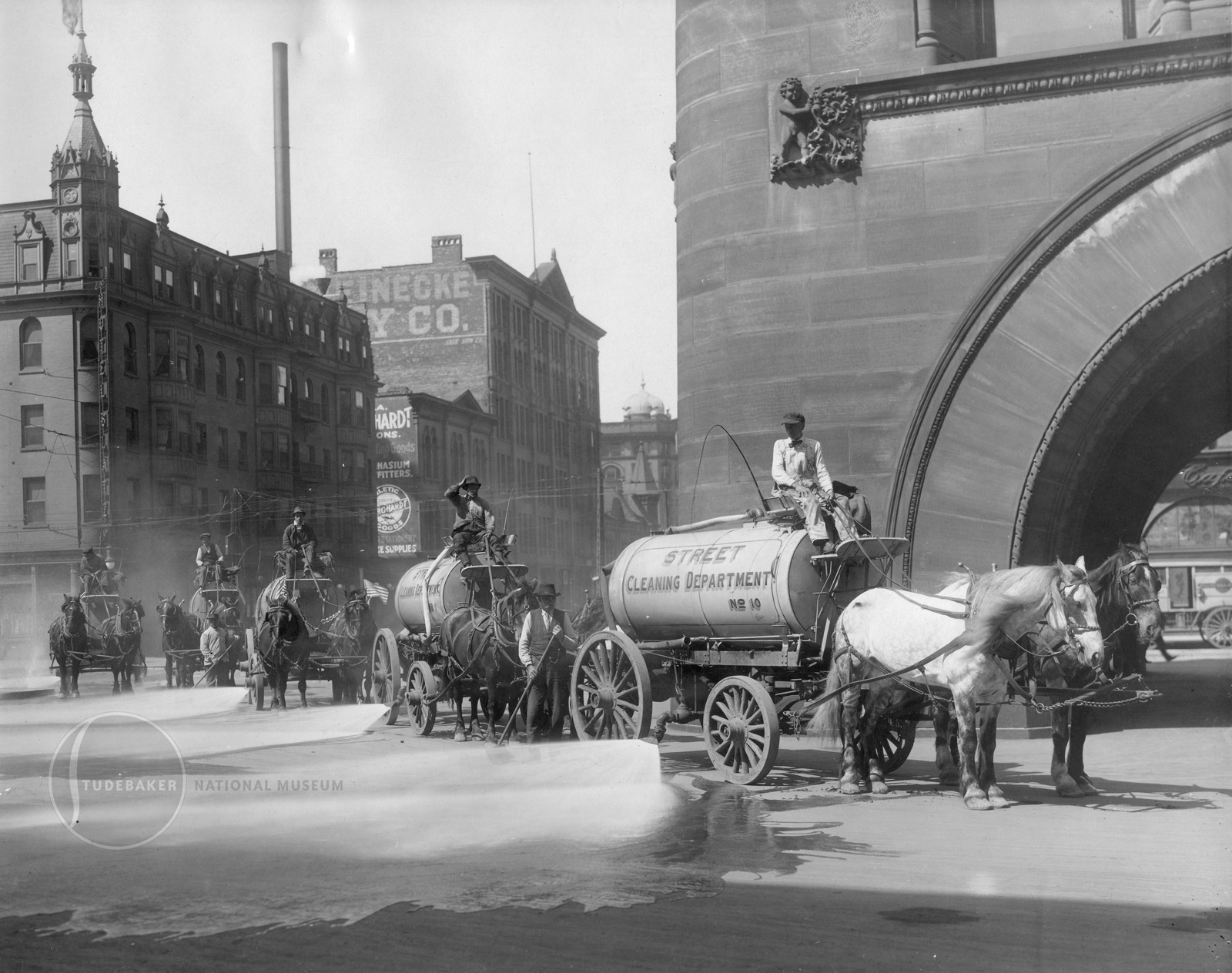 "I saw a post over the last couple days from Downtown Milwaukee near City Hall, which reminded me of the attached circa 1900 images from the Studebaker corporate image collections," says Beckman. Apparently, the City of Milwaukee bought some Studebaker street flushers, and Studebaker decided to photograph them ‘in action’."

Indeed, the two photos are taken on Market Street, just north of the intersection with Wells Street, in front of City Hall. What is likely the first image, shows five horse-drawn street flushes turning the corner around.

As the five tank-topped cars spray water on the street, a pair of sweepers with brooms work alongside.

Interestingly, the closest vehicle to the camera is painted with the words, "Street Cleaning Department" and "No 10," which suggests these five were part of a larger fleet of street cleaners. 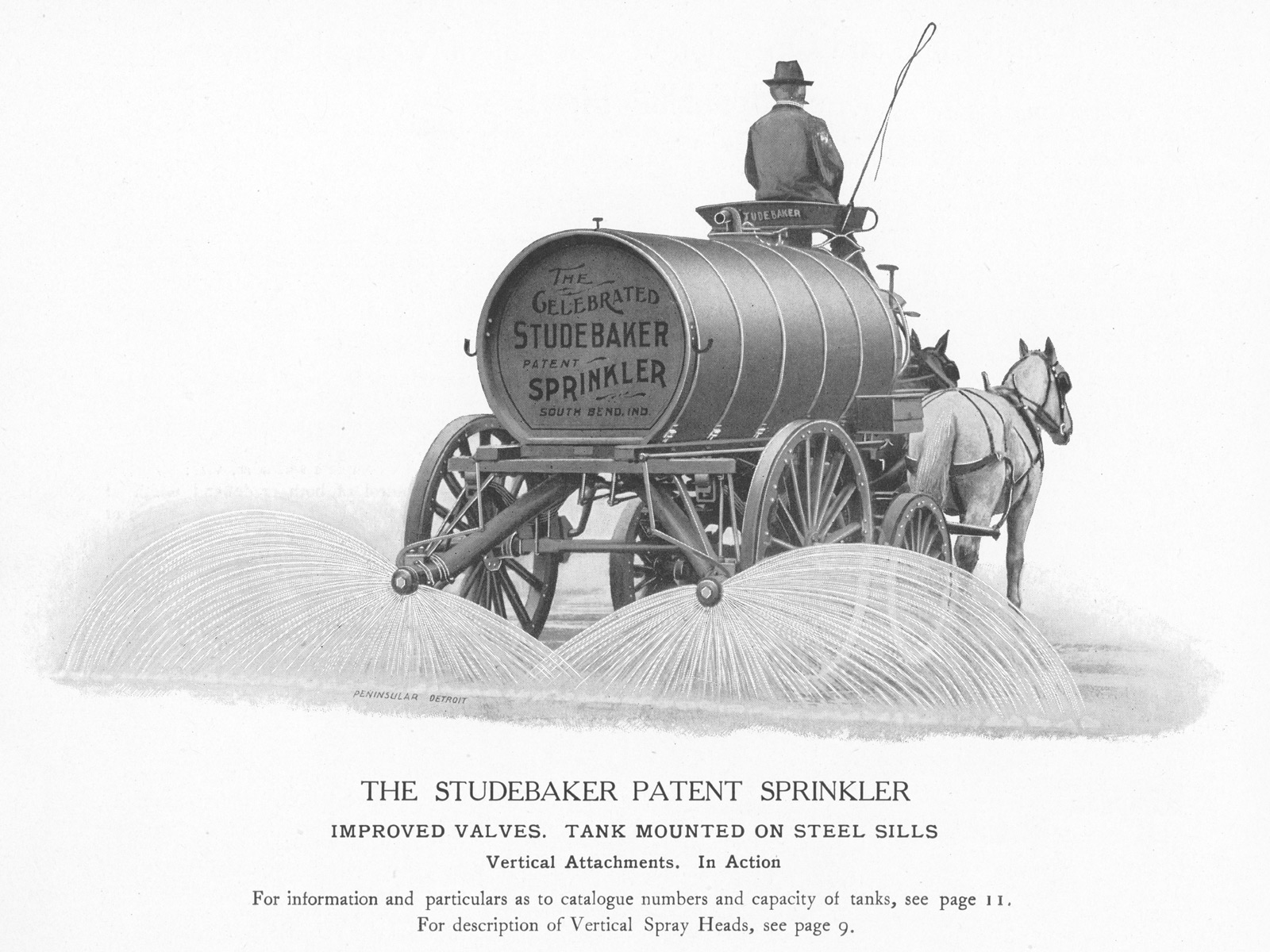 According to an ad for the vehicles, "The Studebaker Patent Sprinkler" boasted a tank mounted on steel sills, vertical spray head attachments and "improved valves."

"The Studebaker Bros. Manufacturing Company, as it was then known, produced a full line of horse-drawn vehicles, including a department devoted to municipal utility vehicles, such as the street flushing equipment as shown in the images," says Beckman.

"If you look just below the vehicle number on the tank, you can see the Studebaker branding."

Founded in 1852 in South Bend, Studebaker, of course, was best known for its automobiles, which it began manufacturing in 1897. In the earliest days, Studebaker made electric cars, too. The company stopped making cars in 1966. 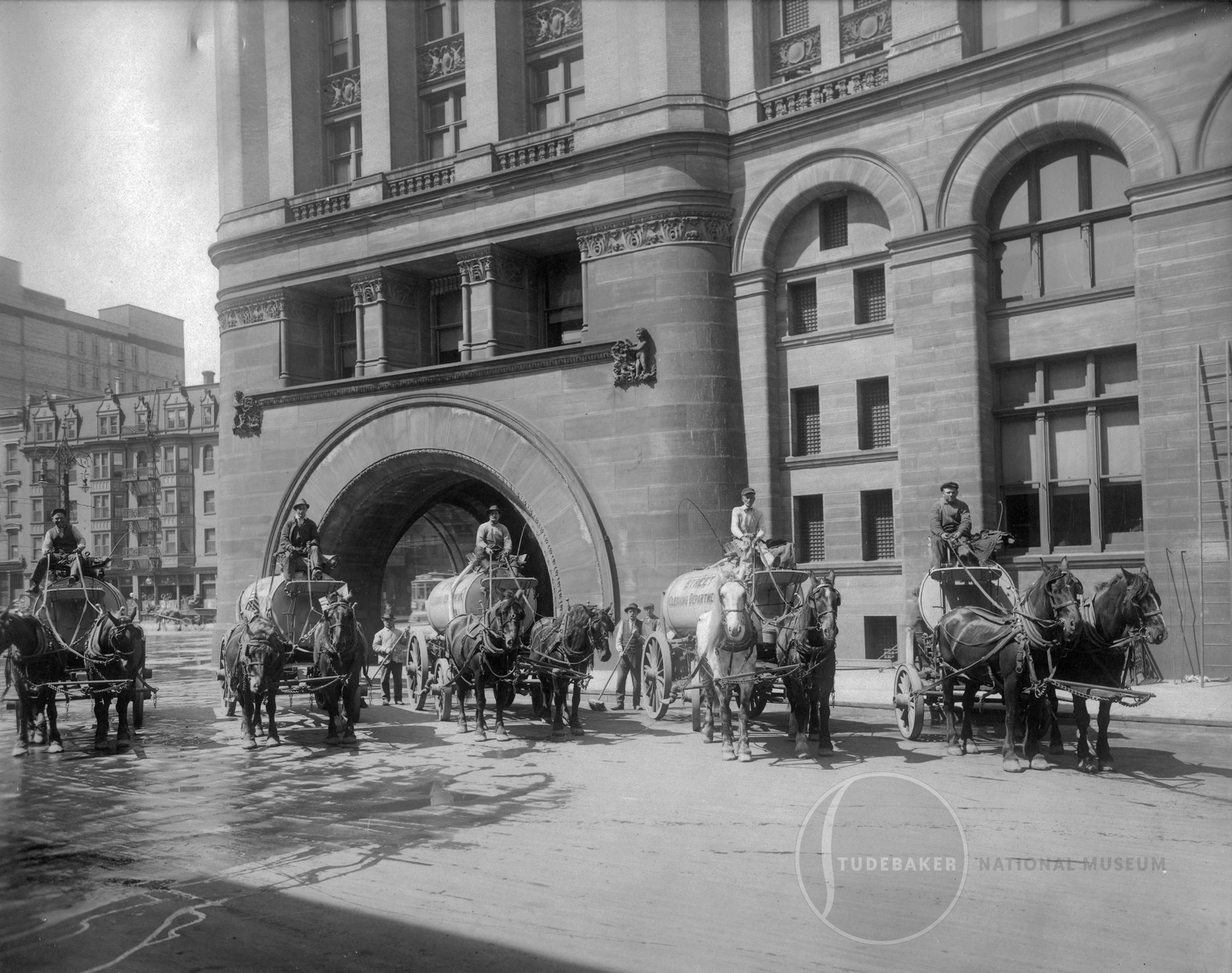 These photos offer some amazing views of the intersection of Market, Wells and Water Streets, including of the grand arch at City Hall, the Gothic 1872 Blatz Hotel across the street and the Meinecke Toy Company building designed by architect Carl Ringer on Wells.

Erected in 1891, this building still stands today, though that great painted sign on the side can no longer be seen. In the background, one can spy a dome atop the Germania Building, across the river.

Milwaukeeans today will also recognize the painted sign in the center of the first photograph advertising Burghardt, a sporting goods company founded here in 1881 that survives today.