Bay View's Supermoon is ready to sell its first beers

After toiling away for months in a former grocery store building dating to 1902 at 3145 S. Howell Ave. in Bay View, Supermoon Beer Company's Rob Brennan finally has his first beer to sell.

After toiling away for months in a former grocery store building dating to 1902 at 3145 S. Howell Ave. in Bay View, Supermoon Beer Company’s Rob Brennan finally has his first beer to sell.

Although plans to turn the storefront of the brewery into a taproom have been delayed by the pandemic, Brennan will be at the front door from noon until 7 p.m., Friday-Sunday, Nov. 20-22, for contactless pickup of bottles purchased online at Supermoonbeer.square.site or supermoonbeer.com.

You can also try your luck at walking up to buy beer directly during the same times, without pre-ordering, but supplies are limited and Brennan can’t guarantee availability.

Here are Supermoon’s first two beers, with descriptions from Brennan: 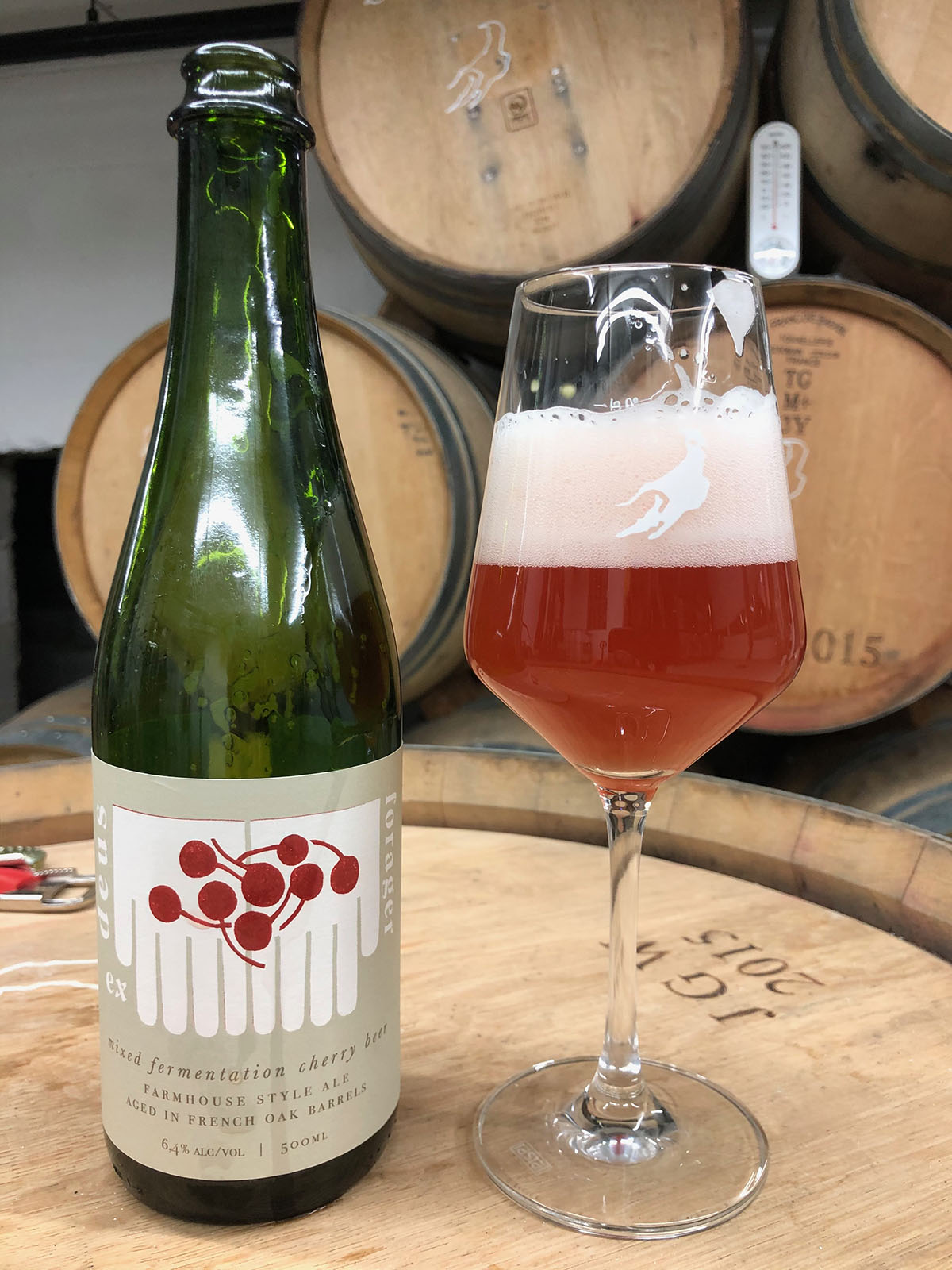 Deus Ex Forager is a mixed fermentation cherry beer; a blend of nine- and 11-month mixed fermentation farmhouse beers fermented and aged in French Oak barrels. Whole Door County Tart Montmorency cherries were added directly to the barrels one day after being harvested to referment the beer for six weeks. Bottle conditioned with Champagne yeast.

I tasted this one yesterday and it’s got about 7 percent ABV and a pale red hue with a nice head. The cellar funk is balanced with a pleasant and not at all cloying red Tootsie Pop overtone.

“It's really important to me that our beers have a point of view,” Brennan says. “I love the idea that they can carry a sense of time and place. Here in Wisconsin, we are spoiled by the proximity and access to world class fruits like Door County Cherries that, each year, are the embodiment of the growing season behind, entirely locked within the fruit picked during harvest season. Not dissimilar to wine vintages.”

Many Phases is blended farmhouse beer. (Blend 001). It is a planned exploration of blended barrel fermented beers that will have a common thread but vary slightly blend-to-blend, highlighting interesting variations of rustic malt and wort structures, acid profile, barrel character, body and potentially dryhop finishing. This release is a blend of 12- and 14-month mixed fermentation farmhouse beers fermented in French oak barrels.

This one was a revelation, with apple and apricot notes and a forward oakiness. With a present but not overbearing funk and just 6.2 alcohol, it’s extremely drinkable. 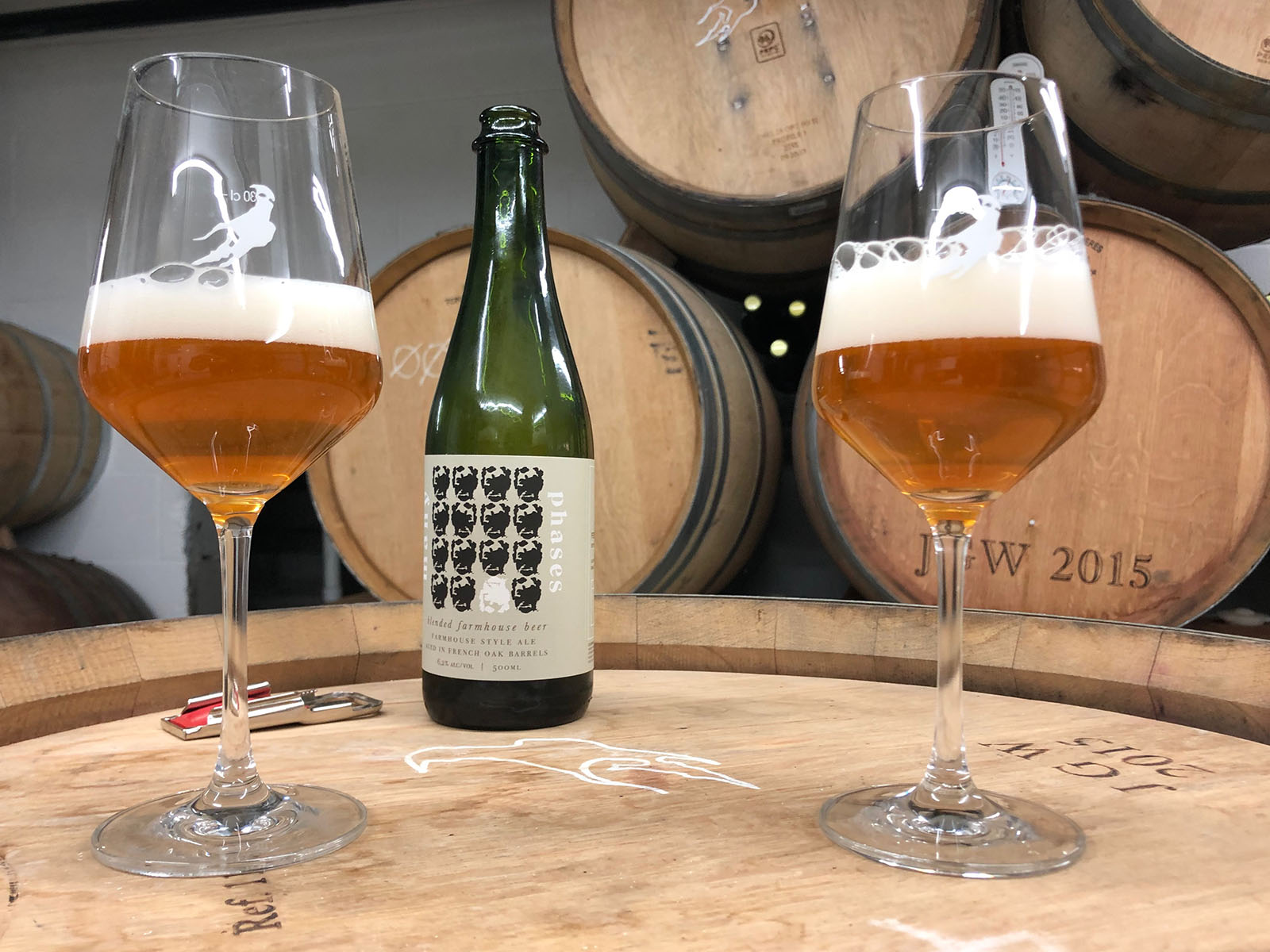 “I am so excited about this beer. The majority of our beers are fermented entirely with mixed wild yeast and bacteria cultures in French Oak wine barrels,” says Brennan. “Each barrel ends up producing it's own sort of unique beer.

“It would be very rare for a single barrel to contain the complete balance of body, acid, bitterness, flavor and aroma on its own. So we blend to construct a more complete beer where the whole is greater than the sum of its parts.”
Brennan says there are about 500 bottles of Many Phases and 600 of Deus Ex Forager.

He also packaged about 300 bottles of a a third beer that he will not release because he’s not satisfied with the quality of it.

Brennan, who has contract brewed with a number of local breweries, will continue those partnerships and has a small on-site system that he will use to brew small batches of lagers and other beers for the taproom.

Back in September, Brennan explained his brewing process in this article.

Brennan expects his next beers to be ready for release in March.