Tom McNeil combined his passions for swords, knives, exotic animals and Native American art when he opened Swords & Dreams in West Allis. The business, although currently for sale, is still in full swing, offering a mindbending melange of merchandise - some of which molts.

After 20 years in the sword and reptile business, Tom McNeil is slowly selling off his merchandise and moving on. His shop, Swords & Dreams Reptile Rescue, is currently in its third location over the course of two decades at 7143 W. Greenfield Ave. in West Allis.

"I started with just the swords, but I always had a passion for reptiles," says McNeil.

At one point, McNeil had two shops: one vending swords and knives and another offering exotic pets. However, after suffering a severe brain injury during a random attack on the street, McNeil decided he needed to consolidate into one location.

"Some of the years got away from me and it was too difficult to manage two stores with the brain injury," says McNeil. "But it’s all good now. I’ve made a miraculous recovery."

For the past six years, McNeil – who says he’s known as "the crazy guy on Greenfield Avenue" – focused on swords and knife sales and provided a "reptile rescue" for pet owners who are unable to care for their snakes or lizards. The "dreams" part of the name is derived from his appreciation for dream catchers and Native American art and relics in general, which he also sells in the store. 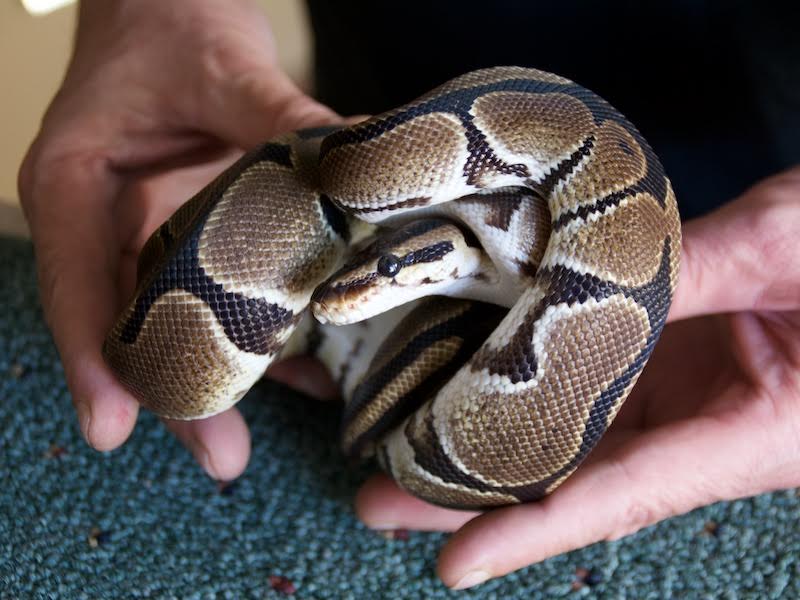 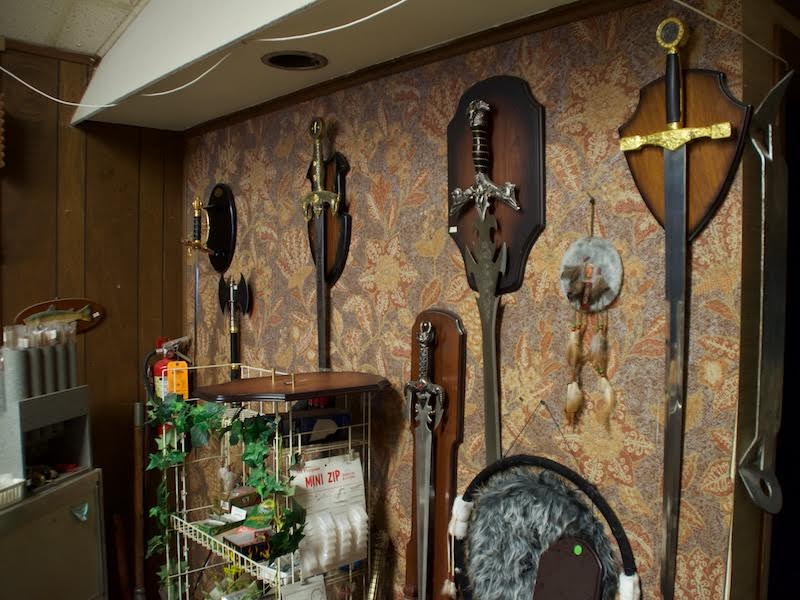 McNeil says he once had 10,000 knives and swords in stock, but is now down to a thousand, ranging in price from 50 cents to a couple hundred dollars. He also has a half dozen snakes – including a 28-foot Burmese Python – and a couple of lizards left.

"I had every exotic reptile you could think of as well as fuzzy little animals of all kinds from monkeys to Guinea pigs," he says. "But people really shouldn’t own monkeys. I donated mine to a zoo. It’s not right. I was once offered an orangutang for $200 that could have ripped my face off."

Today, McNeil describes the store as "a shell of what it once was." That said, it's still super stocked with a mind-bending melange of merchandise. 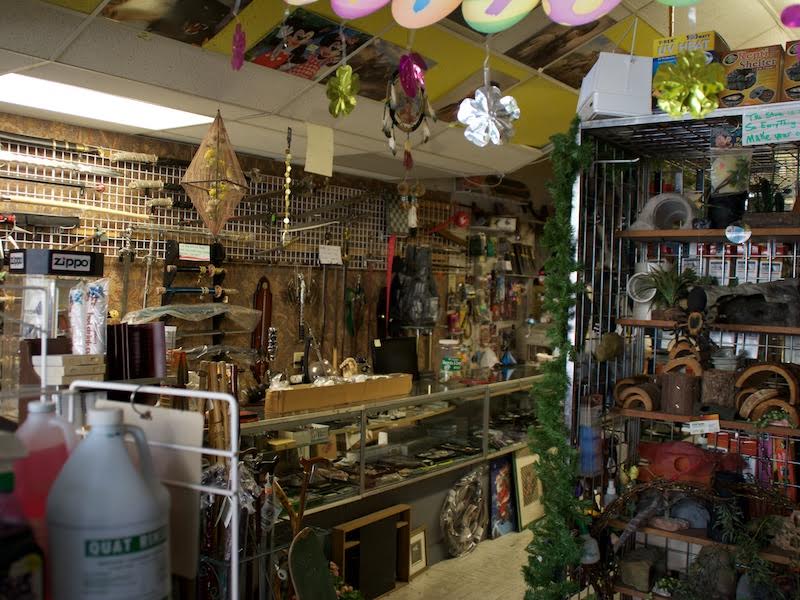 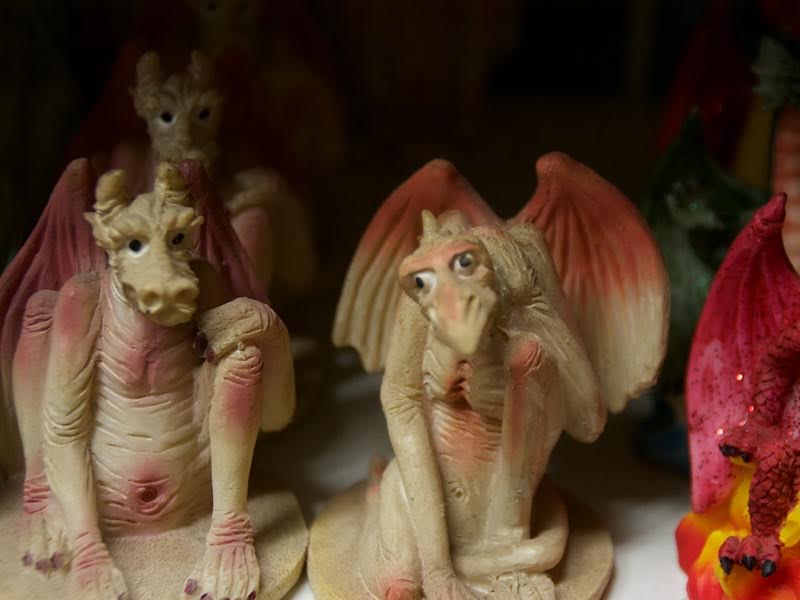 There’s also a large selection of "grab bags" for $5 that contain seemingly random items. (We bought two: one, which was labeled "for office," came with a half of a roll of Scotch tape, a stapler with the name "Ann" written in pen marker, a package of six, still-sealed Post-It notes, stickers and something we could not identify but thought it might be a letter and bill sorter or a CD stacker but really is not the right size for either. The other bag was labeled "for a man or a woman" and included a large flashlight with a rechargeable, electric base, a belt pager holder, a magnifying ruler and a $5 gift card for more Swords & Dreams items.)

"If I can get a deal on toilet paper, I will buy it," says McNeil. "This is how I make my money so I don’t have to dip into my reptile fund."

The "reptile fund" is the money McNeil earns from re-homing reptiles that he usually donates to animal rescue organizations. It isn’t very much money, he says, because he often gives the reptiles away for free.

"People trusted me with these animals and I am waiting for the right person to come in," says McNeil. "I don't sell or give animals to stupid people."

McNeil says prices vary depending on his and the customer’s attitudes.

"I want to match good people with good pets. If you really know something about the animal, I may just give it to you," he says. "But if you don’t seem to know anything and aren’t willing to learn, you should head to Pet World on Hwy 100. I do this from my heart."

Over the years, McNeil has received hundreds of snake bites and iguana scratches, some so deep they’ve left scars. This doesn’t phase McNeil. "I have scars all over me like a cutter, but I heal pretty quickly," he says.

McNeil is in no hurry to sell the shop and presumes he will slowly move toward retirement; however, he would let the business go on the spot for $50 thousand dollars. McNeil says he's not selling because he needs money, rather he simply wants to move on to the next chapter of his life, which would include more motorcycle riding and potentially a move to Nevada where he owns 150 acres of land.

"I’m not doing this because I'm poor," says McNeil. "I’m rich, because I've got to meet and talk to so many great people over the years."

McNeil grew up in New York and lived in Las Vegas before moving to Milwaukee 20 years ago.

"I was a special education student and had a hard time focusing on anything," he says. "But before you know it, I found animals. I’ve learned that the more I give to the animals, the more I receive in the end." 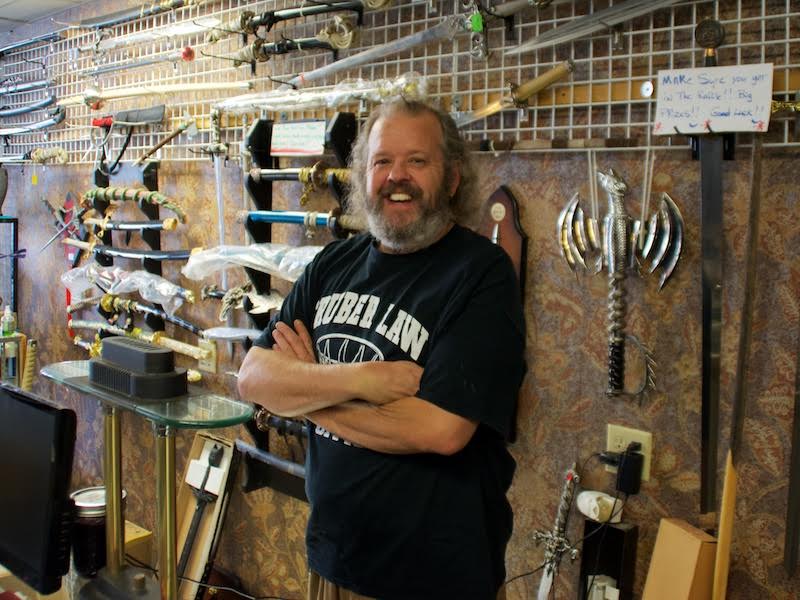