How long has it been since you visited this classic Milwaukee BBQ joint?

This week’s take-out feature comes from a longtime Milwaukee staple, which is also this week's featured restaurant for “Cash Mob MKE,” an initiative created to give Milwaukee restaurants a boost during these tough times. To participate, order up a dish or three from Ashley’s today (Jan. 21) and share photos of your Thursday night meal with us on social media using #CashMobMKE. [More info here]

Founded in 1961 by former A. O. Smith employee Thomas Ashley, Ashley’s Bar-B-Que started out at a location near Haymarket Square before moving to 34th Street and then to the restaurant’s current location on Center Street. Today, the award-winning barbeque joint is operated by second-generation owner and pit-master, Darnell Ashley. 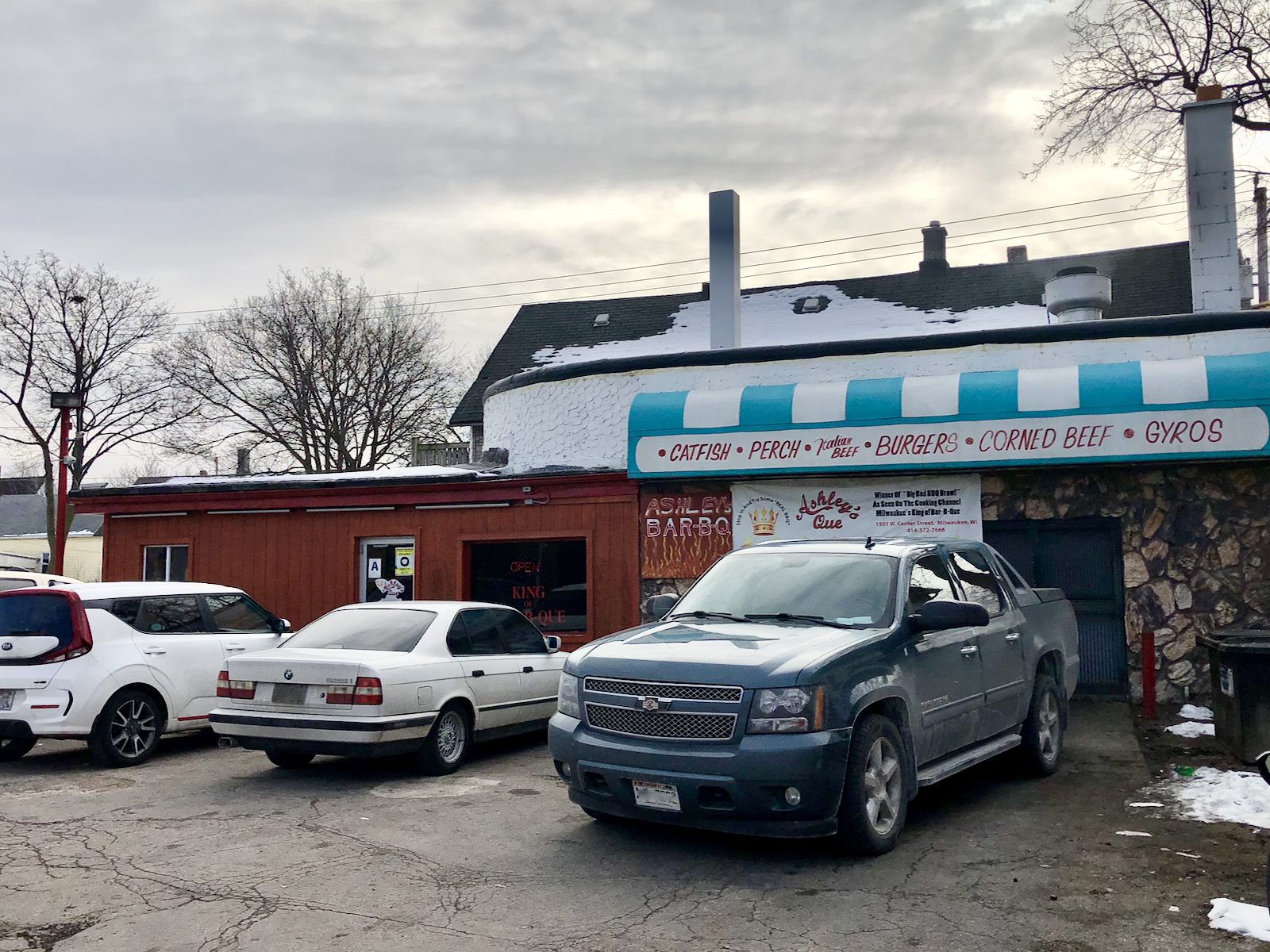 Like every BBQ joint, Ashley’s has its own distinctive style. Each of their smoked meats are treated to both a wet and dry rub before being slow-smoked in an old-fashioned pit barbecue with wood and charcoal until they're smoky, and tender.

You have your choice of cuts (especially if you order early), with options including chicken, pork shoulder, ribs, rib tips, turkey tips, beef ribs, hot links and pork chops. Dinners come with sides (think Southern style meat and three) including coleslaw, baked beans and a choice of potato. If you’d prefer, you can also get your barbeque in sandwich form. 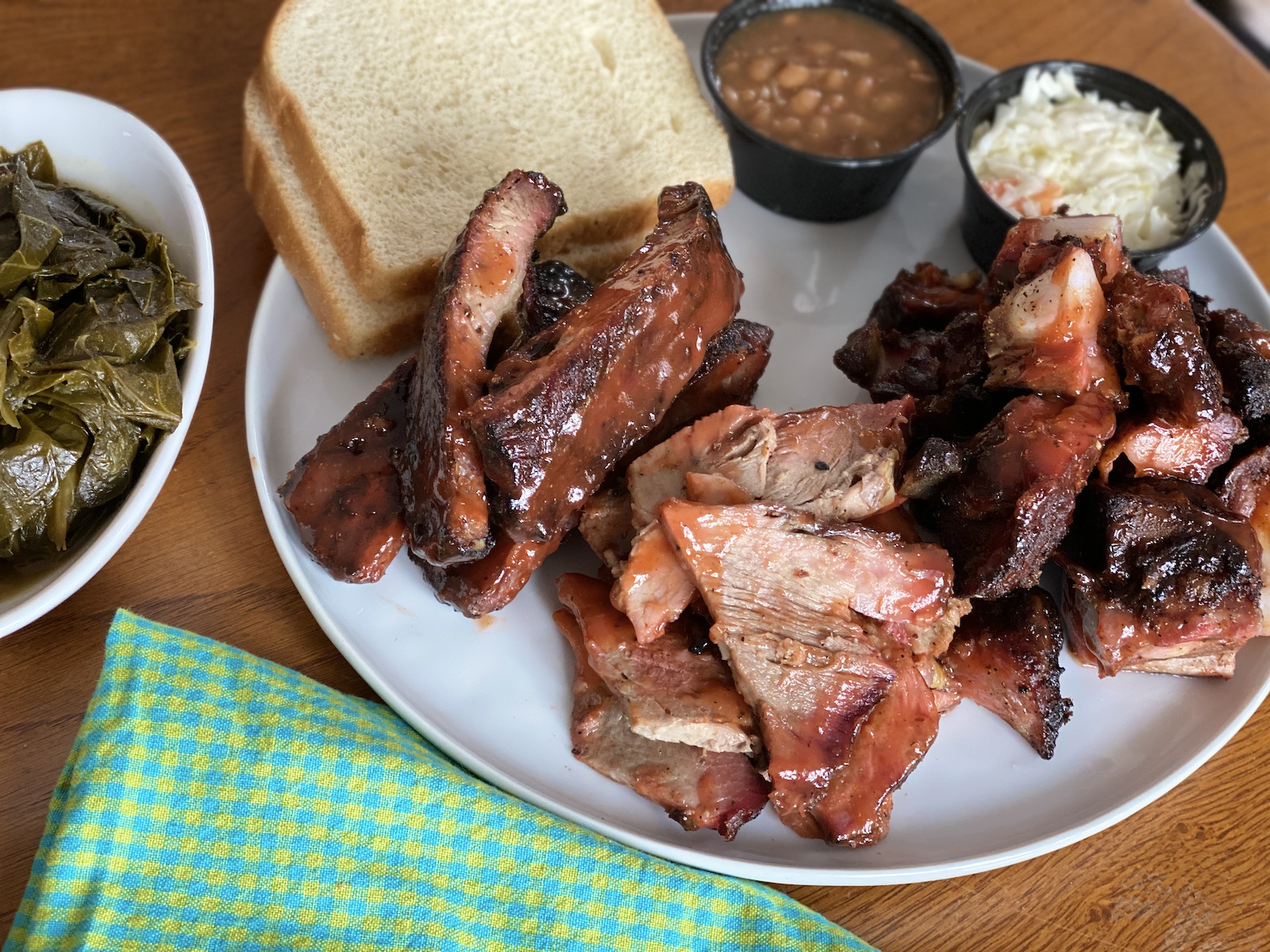 On our trip to Ashley’s this week, we picked up some of that barbeque in the form of the King’s Combo, which features a generous sampling of ribs, tips and pork shoulder along with  coleslaw, baked beans, a choice of potato salad or fries and white bread for sopping ($17.99). We passed on the potatoes and added an order of collard greens ($3.49)... because we all need more veggies in our lives.

All the meats on our platter were moderately smoky, but not enough that you lose out on the flavor of the meat. Both the shoulder and ribs were tender, but toothy, requiring just a light tug to remove the meat from the bone. And if you don’t mind working your way around the collagen-rich cartilage (I never do), the rib tips pay off in flavor thanks to their proximity to the belly. They’re meaty and rich, with bits of crispy prized bark.

As for Ashley’s sauce, it’s somewhat vinegar forward, but sweeter than Memphis style sauces and tangier than the sweeter, molasses-based Kansas City sauce.

We rounded things out with Ashley’s legendary Prince sandwich, an indulgent combination of chopped steak, lamb, cucumber sauce, mixed peppers, mayonnaise, fried onions and shredded cheese piled high on a hoagie roll ($7.99). You can order it as a value meal with fries and a soda for $10.99. 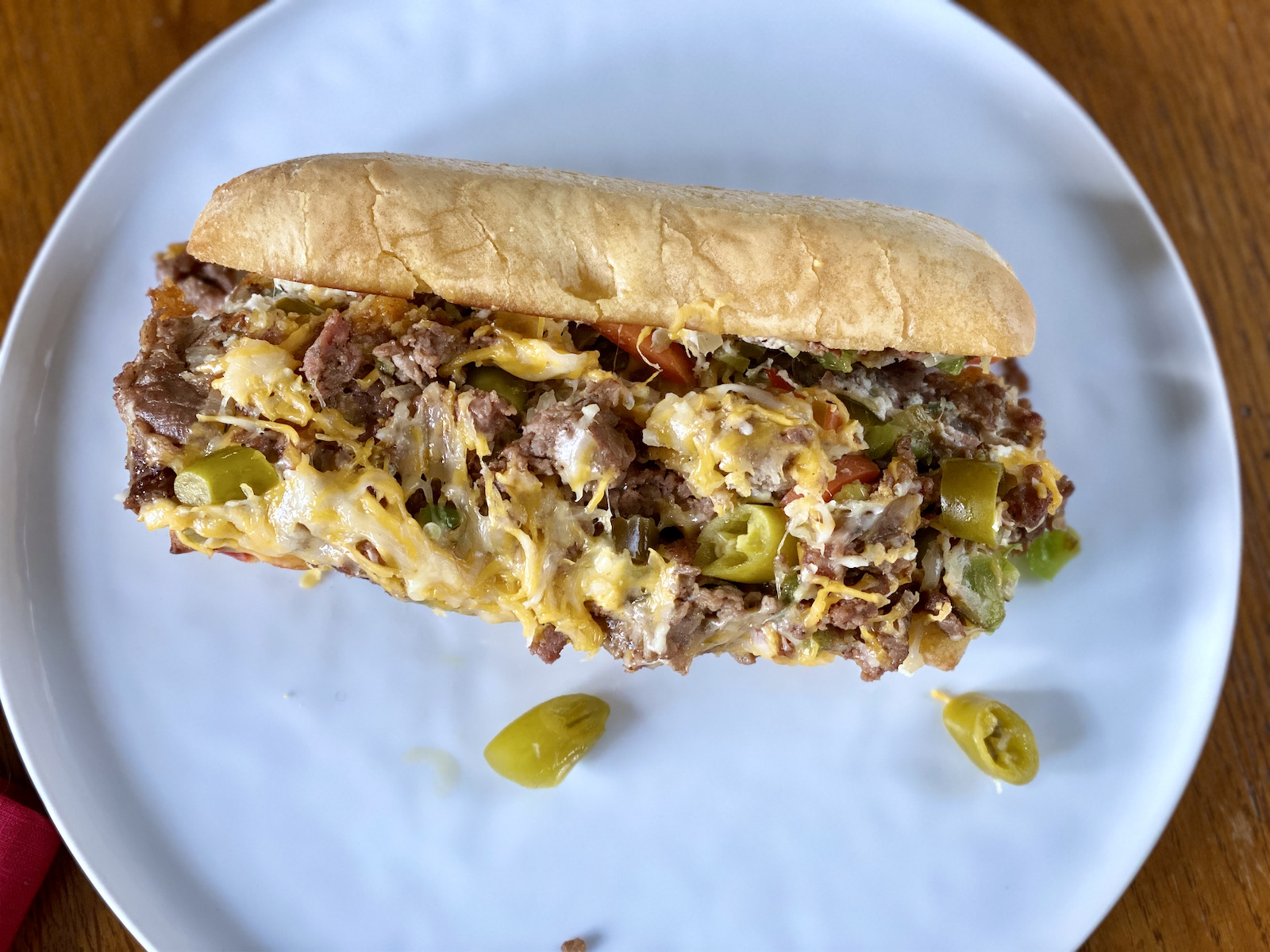 The sandwich –which I can’t resist ordering every now and again – is a blissfully greasy mash-up that incorporates the best of a gyro and cheesesteak all in one bun. It’s messy (be sure to have napkins on hand), tasty and just a bit spicy thanks to the pickled peppers.

I was just a little sad that they were out of one of my favorite Southern indulgences (banana pudding); but I did manage to get my hands on a peach cobbler, which benefitted from being warmed up slightly. I can't say it was anything particularly special, but it satisfied the need for something sweet and comforting.  It would have been good with a scoop of vanilla ice cream. 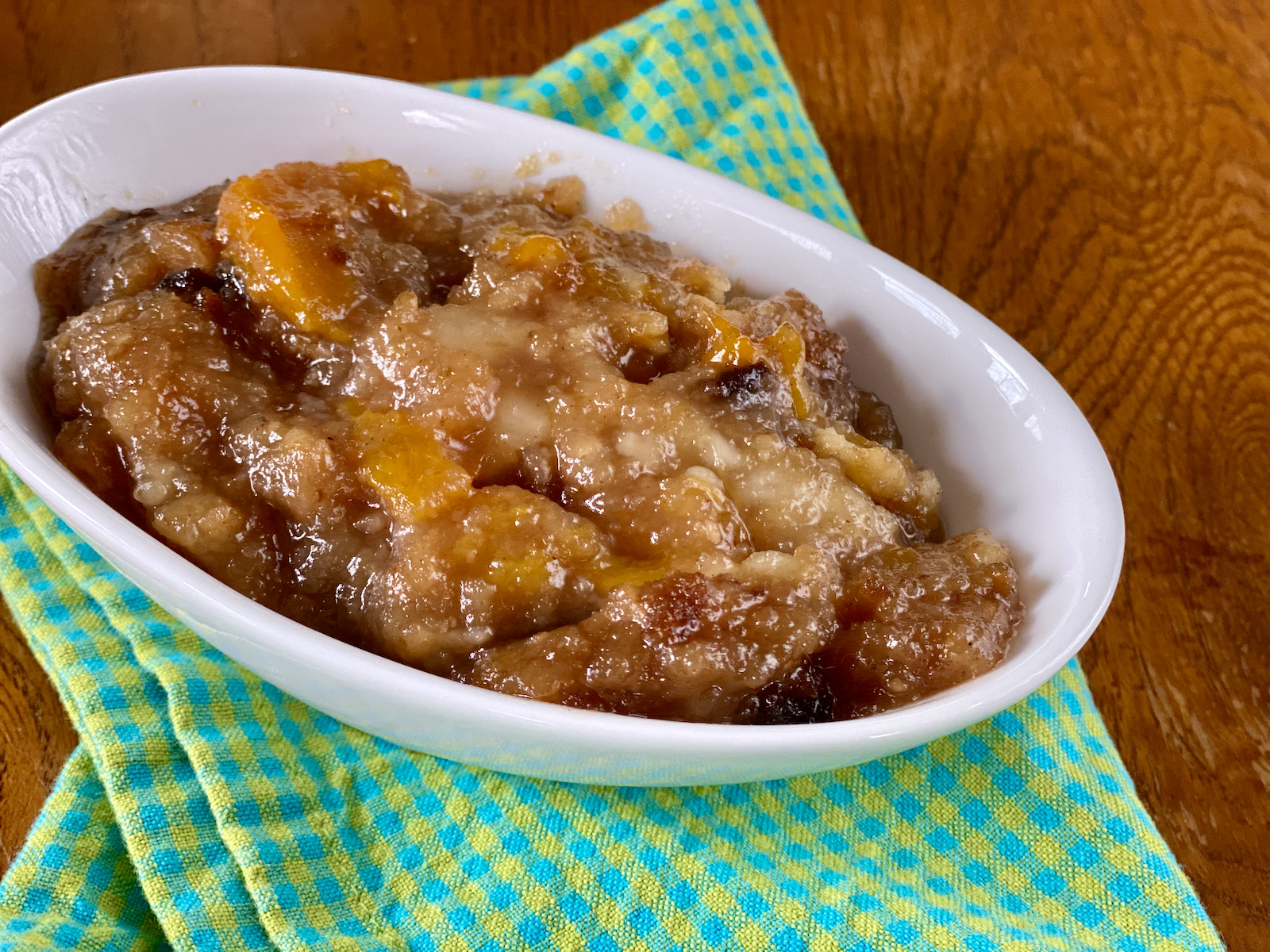 You have options when you order from Ashley's. You can peruse their full menu online, then call in your order to (414) 372-7666 for pick-up. I'm a fan of ordering for pick-up, since the venue gets all the profits (plus I can control how my food is transported). Our order took 15-20 minutes with easy pick-up at the window just inside the door (IMPORTANT NOTE: the restaurant is cash only, so don’t forget to stop at the ATM).

That said,  you also have the option to order delivery through one of the third parties listed on the Ashley's website.

#CashMobMKE Thursday: Give it up for juicy burgers and apps at Hamburger Mary's