Ten delicious years: Arthur Ircink looks back on a decade of "Wisconsin Foodie"

It's a milestone year for the local television show, "Wisconsin Foodie," which embarked upon its 10th season this January. However, just over a decade ago, the show was little more than a nagging desire in the back of filmmaker Arthur Ircink's head.

It’s a milestone year for the local television show, "Wisconsin Foodie," which embarked upon its 10th season this January.

A decade ago, the show broke new ground by presenting local food stories in a new way: through artful visual storytelling. It’s a medium that captured the hearts and minds of increasingly savvy food lovers, resulting in skyrocketing ratings, a coveted Emmy Award and – maybe most telling – the capacity to showcase the stories of over 250 chefs, farmers and artisan food purveyors across the state.

However, just over a decade ago, the show was little more than a nagging desire in the back of filmmaker Arthur Ircink’s head. 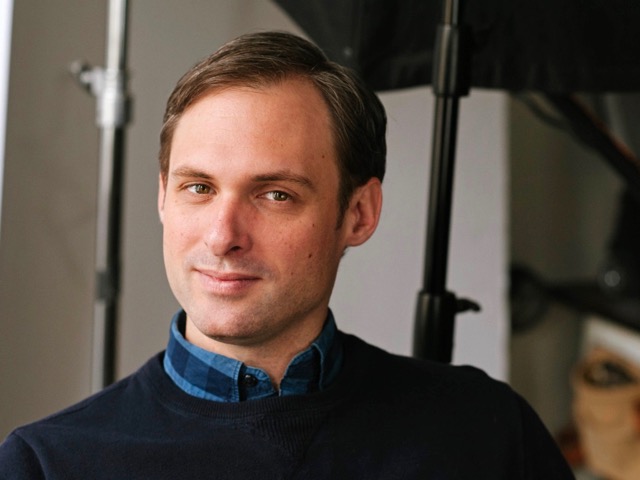 Growing up, Ircink wanted nothing more than to be a filmmaker. For years, he aspired to leave Milwaukee, travel the world and tell stories through the medium he loved so much. As a first step on his journey he went to film school in Vancouver, Canada.

When he moved back to Milwaukee, he worked a series of jobs in the industry. He handled editing for the local television show "Builder’s Showcase" and eventually took on work shooting for John Gillespie’s "Waters & Woods," an experience he says taught him the ins and outs of the business aspects of television.

But in 2007, Ircink says he found himself in a tough spot.

"I was working for an advertising agency at the time," he says. "It was just before Christmas, and I was fired from my job. I was depressed and discouraged."

But, during a trip to Montreal to visit family over the holidays, Ircink says inspiration hit.

"My wife Dana and I were sitting in a bar, Billy Kun, and I started jotting ideas down on a napkin," he says. It was there that the concept for "Wisconsin Foodie" was born.

From there, Ircink says, things moved quickly. Within a few days of returning home, he reached out to Kyle Cherek, a neighbor he’d met while living in Walker’s Point.

"He had a really engaging personality," says Ircink, "And I would see him out everywhere with different groups of people. I wanted to go a less traditional route with the host and thought he would be perfect. He was apprehensive at first, but after some thought, he agreed to do it."

Ultimately, he says, he gathered up money from his unemployment checks and produced a pilot for the show which showcased a number of vendors – including St. Paul’s Fish Market and the Spice House – from the Milwaukee Public Market.

Taking the show on the road

Once the pilot was complete, Ircink pitched the show to a number of local stations, and the first four episodes of "Wisconsin Foodie" debuted on WISN 12. But the cost of continuing to air the show on the local station were prohibitive, Ircink notes, so he entered negotiations with Wisconsin Public Television.

"I’ve always been a huge fan of PBS in general and at the time, it posed a great opportunity to get the show out to a larger audience through state-wide syndication. We knew the show was something unique, something different. And we were fortunate that they recognized that and put their faith in us."

That faith led Ircink and his crew down a road that he says has been filled with blessings.

"To live and work in food, and tell these stories … it’s become my life," he says. "And what started out as an experiment, a creative project, has turned into this hub of activity. We’re able to boost peoples’ businesses. We’ve been able to hire people. And along the way, I’ve been able to include my family. My son has been on shows every season, and that’s been really cool."

In fact, he says the personal connections have been some of the biggest benefits he’s seen from the show over the years.

"The absolute best moments are just the bonding that happens during the car rides ... whether it is just Kyle and I or other members of the crew, our conversations are real and natural," Ircink says, joking that he’s often surprised at how comfortable, since his driving tends to make most passengers nervous. 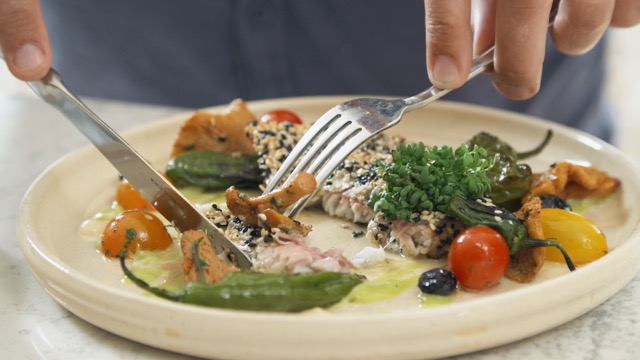 Ircink notes that the show has evolved over the years.

"When we started, I was a vegetarian, so I was always really conscious about my food," says Ircink. "I had to read labels and look at ingredients. And in some ways, that formed the foundations for the focus of the show. Eating locally wasn’t as much of a focus, initially; it was more about the chefs. But more and more, as we talked to them, they talked about the growers and producers. And that led to stories about the farms and producers."

Meanwhile, as the show’s ratings have soared over the past five years, Ircink says their approach has also evolved to include what Ircink calls a more "global" perspective.

"We’ve moved to the point where the stories are more worldly," he says. "We’re showcasing more travel and making connections between people in Wisconsin and their connections to things abroad."

For instance, an upcoming episode will feature footage from Munich’s Oktoberfest combined with perspective from Hans Weissgerber, whose efforts to revitalize beer gardens in Milwaukee county were inspired by the annual event. The show will also travel the Mississippi to examine the effects of farming runoff on fisheries in the Bayou. The episode aspires to bring the fisherman of Louisiana together with Wisconsin farmers, who are working to keep run-off out of the river.

But Ircink says that among the things that haven’t changed is "Wisconsin Foodies" commitment to giving viewers the show they really wanted to see.

"We were on social media from day one, and we’ve always used it as a hub for audience feedback," he explains. "It’s something we’ve always taken into consideration, and over the years, we tried more and more to make a show that people really wanted to watch. We’ve got to evolve with consumers, who are increasingly conscious of the impact their food choices have on the world. And if we want to be relevant, we have to make sure that we are where they are."

In kind, Ircink says they take their jobs very seriously.

"It’s a big responsibility that we have," he says. "We have to get it right, to tell the stories the right way. We strive to be great. And we feel that, in order to do that, we have to push as hard and work as hard as the people whose stories we are featuring."

But, it’s a journey that he says has grown to mean everything to him.

"I’m extremely proud of what we’ve done," Ircink says. "We’ve built something out of nothing. We’ve done it on our own terms. It’s been a little bit punk rock in a way. And it’s had an impact on the economy, literally. That’s just really f-in cool."

You can celebrate 10 years of "Wisconsin Foodie" by attending the show’s 2nd annual Winter Smorgasbord & Fundraiser event on Sunday, Feb. 18 from 11 a.m. to 5 p.m. at the Italian Community Center, 631 E. Chicago St.

The event will feature sampling from producers featured on the show, as well as chef demonstrations and master classes taught by industry leaders.

Tickets are $55 for advance general admission tickets ($65 at the door) and $75 for VIP admission ($85 at the door). For more information and to purchase tickets, visit wisconsinfoodie.com/events