If you didn’t know better, you might overlook this South Side bar and restaurant located in a strip mall just off of Howard Avenue and 51st Street. But based on the crowds fairly early on a Friday evening, the venue has built quite the following since opening in 2014.

Inside you’ll find a casual eatery with both a full bar and dining area, plenty of televisions for watching the game and a mixed crowd comprised of both older folks and families drawn in by daily specials like tacos and buy-one-get-one pizza deals. 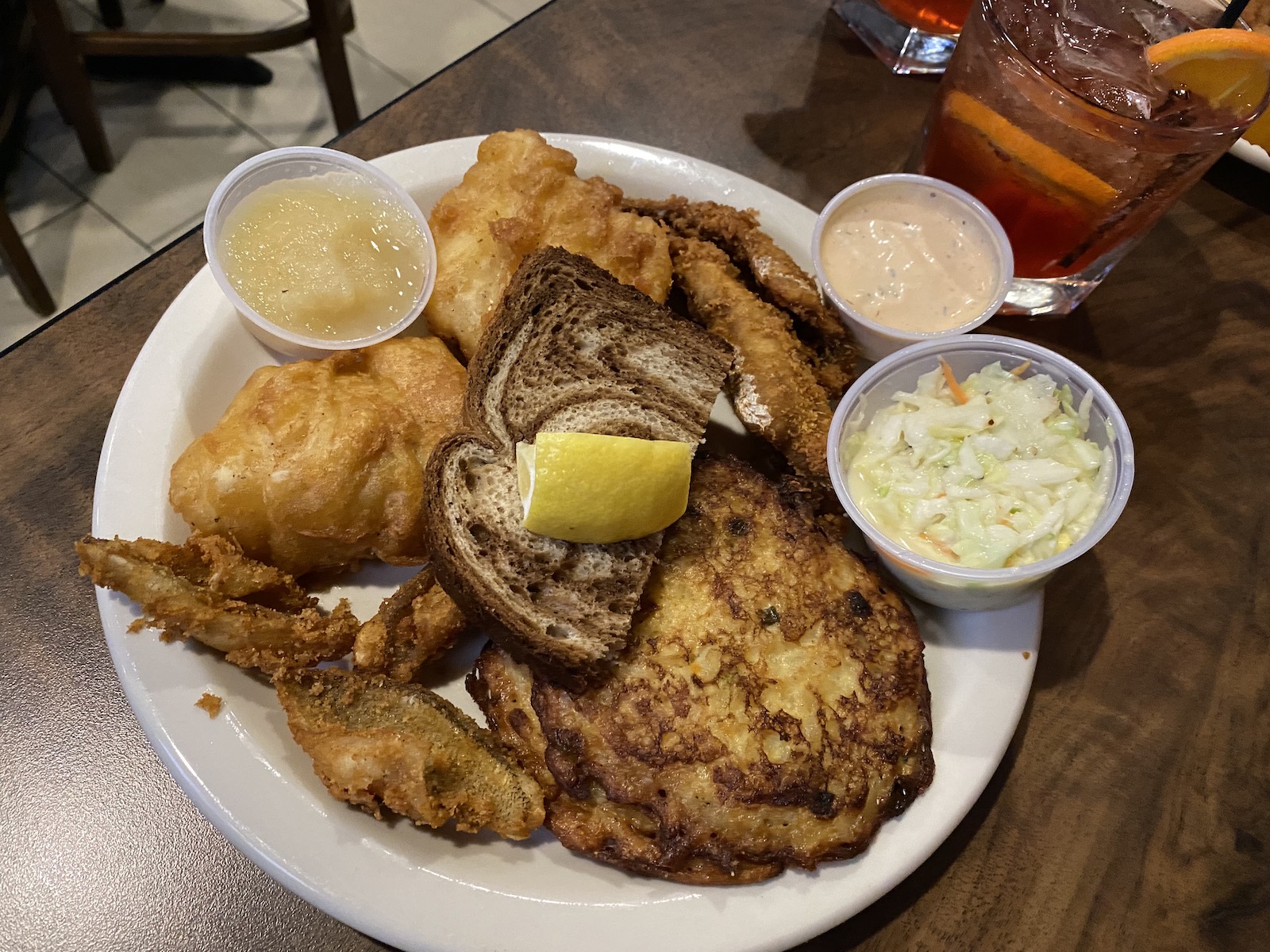 It’s worthwhile to note the tartar sauce, which comes with each plate. It struck me as more of a cajun remoulade with its pink color and spice-forward flavor. It was good enjoyed with the fish, but definitely untraditional.

My dining companion and I opted for the bluegill and Brewtown platter, giving us a chance to sample all the types of fish they offered.

The platter sported two smaller pieces of beer battered cod that boasted a light crisp coating cradling tender, nicely flavored fish. It's one flaw was that at least one of the pieces was soggy on one side, likely due to having been stacked after cooking. 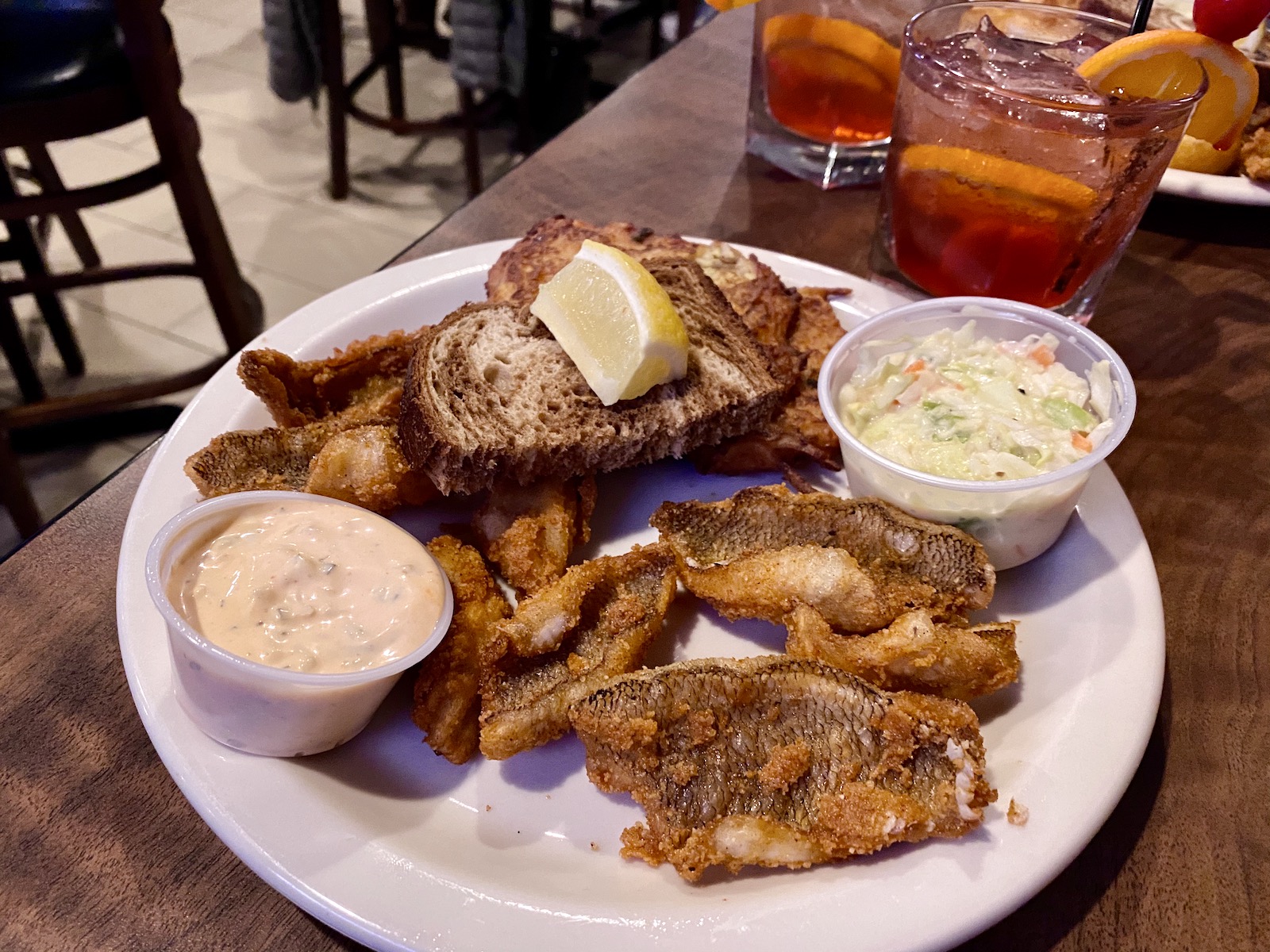 Unfortunately, neither the bluegill nor the perch fared particularly well in comparison. The bread crumb-like coating on both was very crisp and nicely browned; but it came at a cost. The small fillets were left notably overcooked, leaving the normally tender, flavorful fish with a chewy texture that was tough to fully enjoy.

The star of both plates may have been the potato pancakes, which were light and crisp without erring on the greasy side. The housemade cakes comprised of well seasoned shredded potato and flecks of flavorful onion. Best of all, they sported lovely crisp edges that made them well worth eating.

The brandy old fashioned sweet erred on the soda-forward sweet side with a sweeter flavor and a light hand on the brandy. But, at just $4.75, they’re not overcharging for the drink, which sports a classic muddled build and a good bitters presence.

Updated: A previous version of this story included the idiom "a chink in its armor." The phrase has been removed by the author due to its association with the racial slur.