Thank Cod it's Fryday: The Main Mill in Menomonee Falls

Venture to Main Mill, a steakhouse operated by the owner of the adjacent AJ O’Brady’s Irish Pub, and you’ll find a restaurant with a combination of modern farmhouse and industrial chic decor where the focal point is centrally located meandering bar that trails the majority of the length of the dining room. 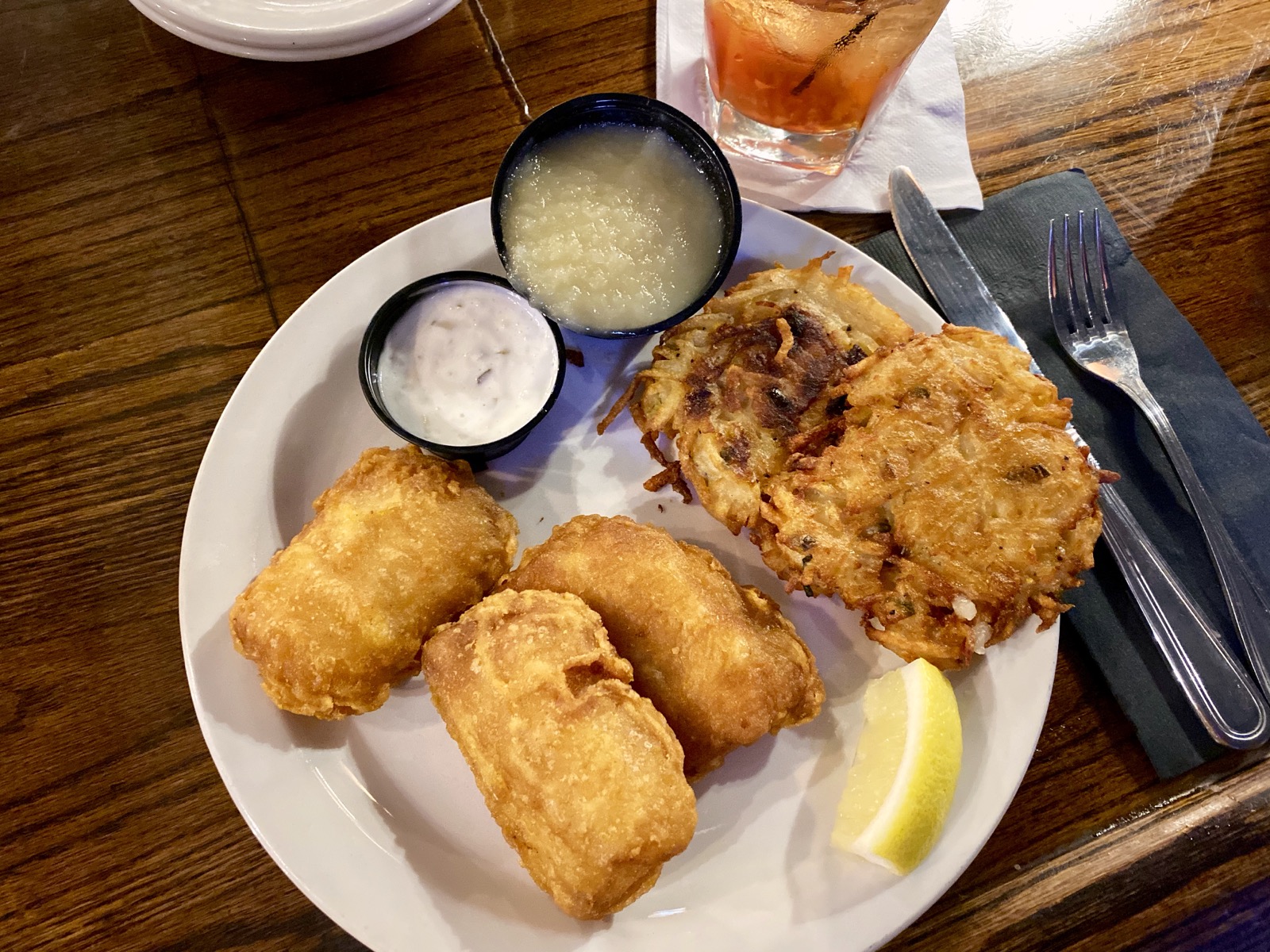 We arrived around 6 p.m. on a Friday and there was a 40 minute wait for a table, so we chose to eat at the bar. From a hospitality perspective, our experience was mixed. Each of the employees we encountered was friendly; but there was a disorganization in terms of the way our service played out. A bartender took our drink orders and a server came by to request our food orders (we ordered both the walleye and cod). Somewhere in between, the lines of communication seemed to get crossed, resulting in numerous foibles.

The waters we ordered alongside our cocktails were never delivered. Our food came out of the kitchen a few times; but staff didn’t know to whom it belonged, so back to the kitchen it went (this occurred twice before I caught onto what was happening). In the end, the circumstances were acknowledged by the manager on duty, who paid us a visit to rectify the situation. However, our overall experience (with both service and food) might not be enough to compel me to return. 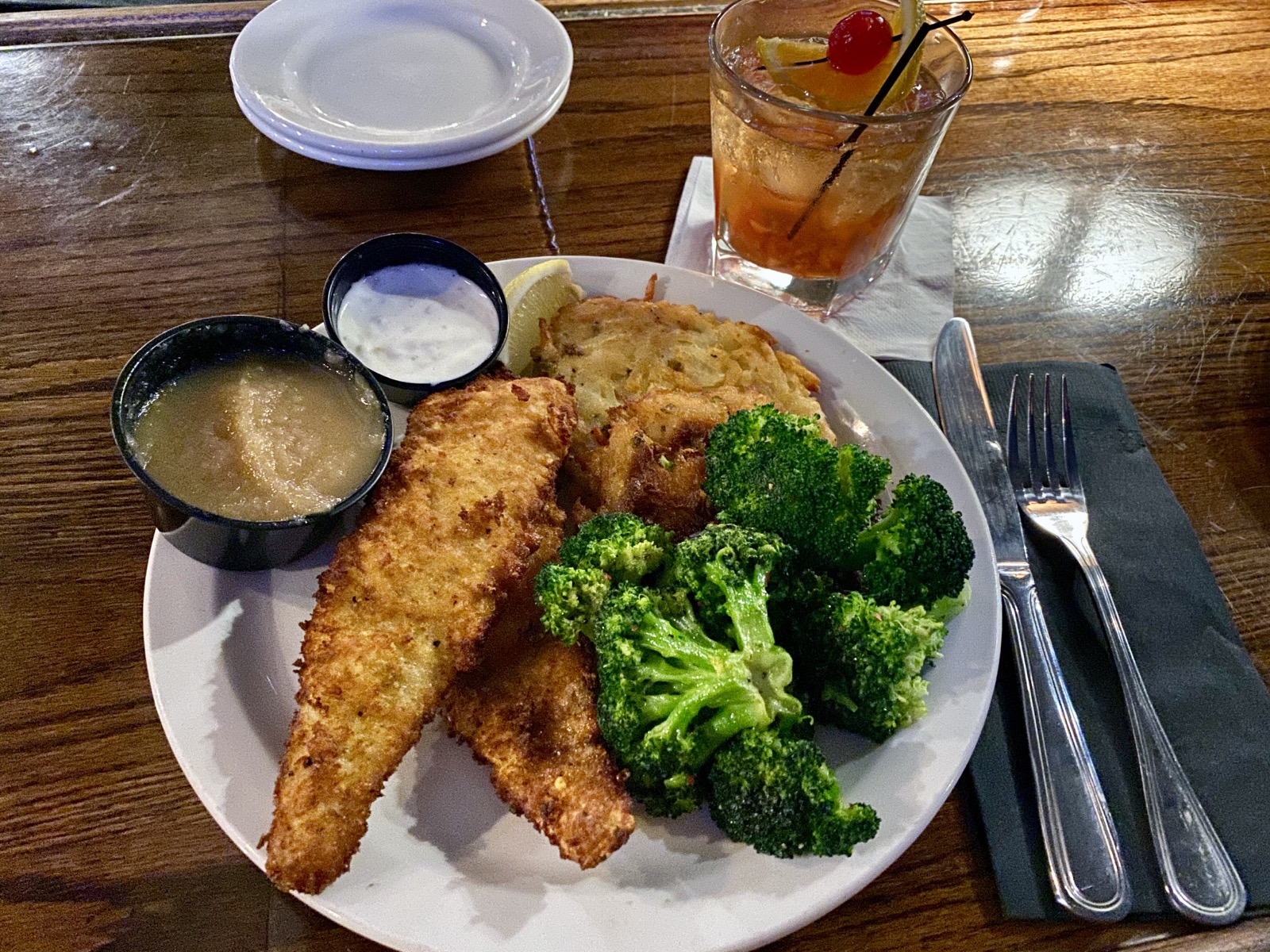 The walleye fillets (of which there were two) were astoundingly uniform with a mid-weight breading that was well seasoned and crisp thanks to the use of both rice flour and breadcrumbs in the coating. The fish was tender with a fine flake and a mild flavor; unfortunately, that flavor was largely masked by the thicker-than-ideal breading.

The beer battered cod didn’t fare quite as well. The portion was comprised of three small square pieces of cod. The fish was mild, as expected, and the batter was crisp; but the quality of both the flavor and texture was typical of most all-you-can eat offerings (that is to say a bit disappointing, and not of the caliber I’d expect from a steakhouse).

The potato pancakes, which appeared housemade, had loads of potential. On the upside, they were made with nicely seasoned shredded potato. But the cooking was extremely inconsistent. Of the two on my plate, the top pancake was crisped on the edges with a nice, golden brown color; but the other, nestled below the well prepared pancake, was darkly cooked and soggy with grease. My dining companion’s experience was similar, though in the case of both of  his cakes, they were moderately cooked on one side and overly browned on the flipside.

The old fashioned was built in the classic fashion with visibly muddled fruit and a finish of soda with notable notes of cherry, citrus and clove. The balance leaned slightly in favor of the soda, rather than the brandy.