If you’ve had the pleasure of enjoying breakfast, lunch or weekend brunch at Sabrosa Cafe & Gallery, you know firsthand that the atmosphere is both charming and welcoming. Pair that with innovative dishes that take cues from both American standards and Mexican fare, and it’s a winning combination.

But the restaurant takes on a particularly cozy glow at night, when the restaurant hosts "Sabrosa After Dark" events, occasional dinners and – every year during the Lenten season – fish fry. This year, fish fry will be offered on Wednesday and Friday through April 10. 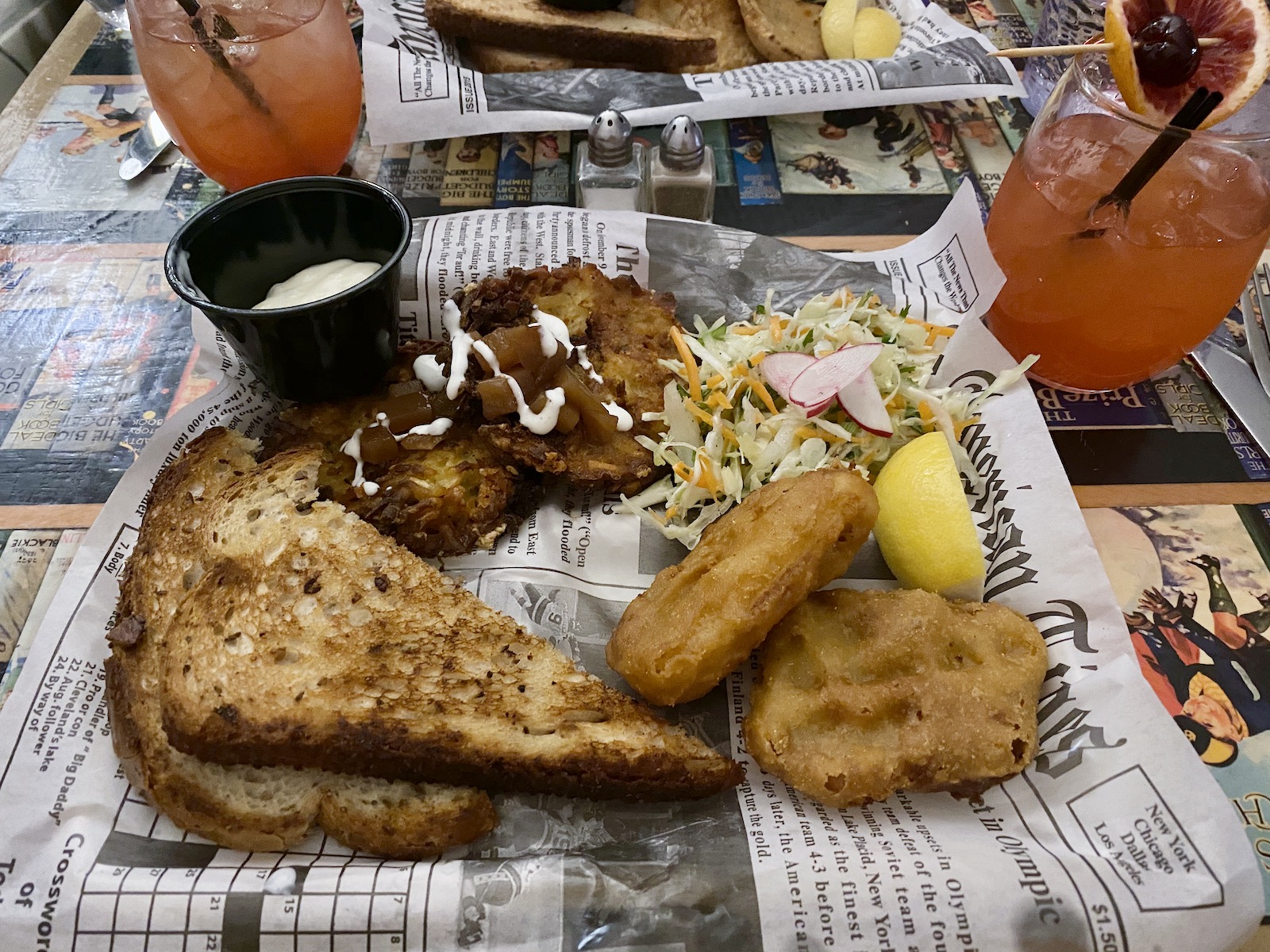 The menu also features a number of seafood specials, including a fish of the day (red snapper was on the menu last week), calamari and clam scampi ($16.95) or paella de mariscos with calamari, clams and langoustines ($21.95).

My dining companion and I tried both the beer battered cod and the breaded bluegill; and both of which held their own alongside the myriad fish fry options in the city.

The blue gill, which came with three moderately sized fillets per plate, was lightly battered and crisp with a moist, perfectly cooked interior. The breading didn’t mask the flavor of the fish, and the fillets weren’t at all greasy. 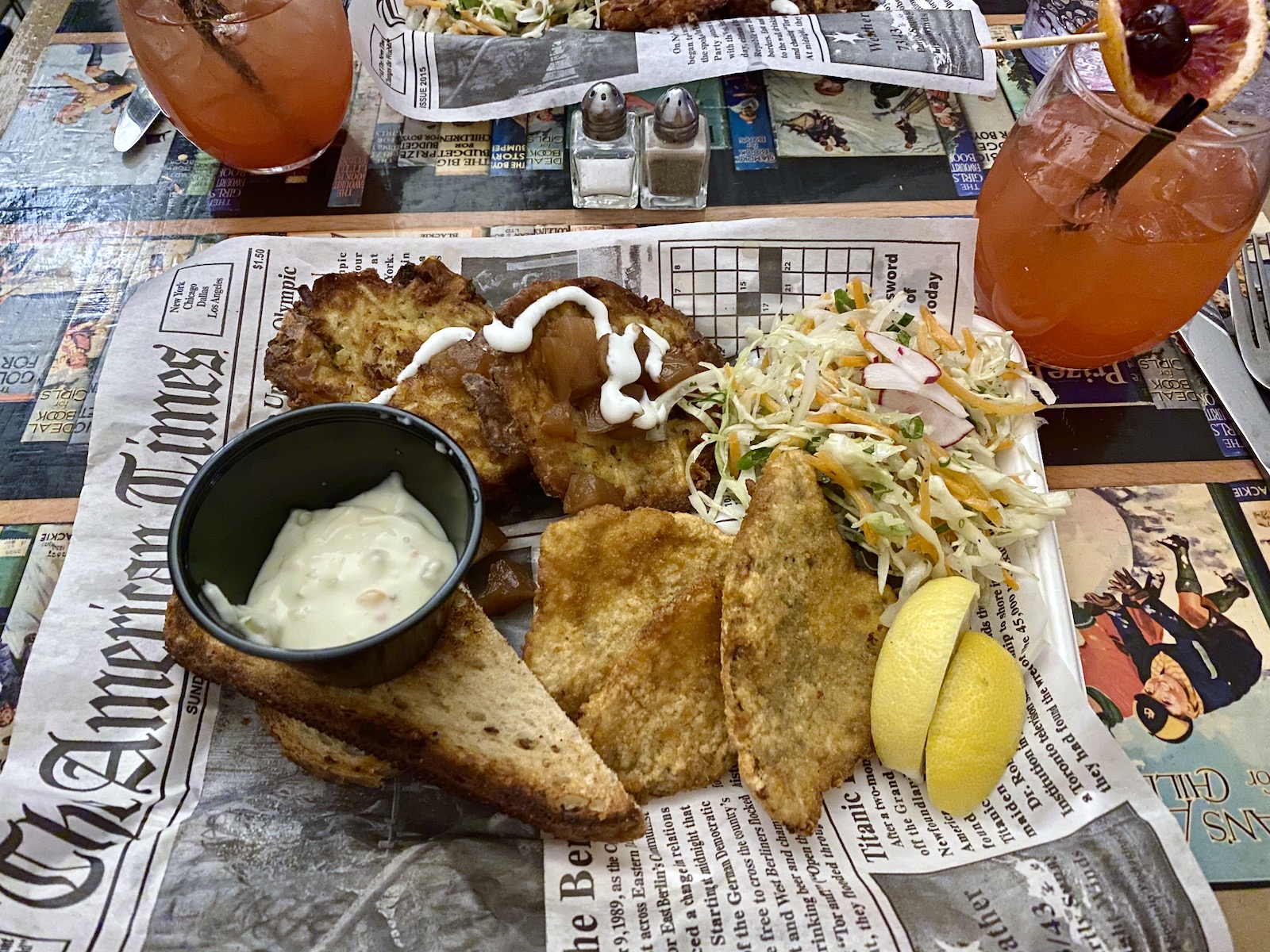 The cod, which came two smaller pieces per plate, was also nicely prepared with an audible crunch to the flavorful beer batter. The interior cod was mild, flakey and mildly flavored, just as it should be.

I found the portion sizes to be perfect; but if you have a heartier appetite, you might want to opt for an additional piece of fish or two to round out your meal.

The housemade potato pancakes They were also incredibly crisp, giving them an audible crunch on the edges that I rather liked.

They were served with a sweet, cinnamon-forward compote, which complemented the cakes and gave them a sweet, almost indulgent feel. It was definitely a delightful twist on the ordinary (usually jarred) applesauce served at most restaurants.

Side notes: I purposely don’t include cole slaw in my fish fry reviews. Most seem to be an afterthought and would fare badly when ranked. But the lime-based slaw at Sabrosa was fresh and light, offering a beautiful counter to the rich, fried fish and pancakes.

The old fashioned sweet was fruity and refreshing with a big nod on the side of the citrus. While you can order yours with brandy, the house cocktail is made with whiskey and beautifully garnished with cherry and orange. It was slightly unexpected in its profile, but a pleasant departure from the traditional supper club style.