Saz's has been serving a Friday night fish fry for longer than it's served barbecued ribs. But is it any good? Our Lori Fredrich is telling all.

A staple on the West Side since 1976, Saz’s Statehouse began as a simple bar that served simple pub food, along with a Friday fish fry. Over the years, as owner Steve Sazama sought to make his bar stand out, he added barbecue to the menu, which slowly but surely became the venue’s hallmark.

Today, Saz’s still serves those famous ribs, along with other cult favorites like eggroll wrapped mozzarella sticks and their "festival famous" sour cream and chive fries. In 2017, to celebrate its 40th anniversary, the State House underwent numerous upgrades including an expansion of the dining room, a new bar and the addition of an impressive patio.

It's also upgraded its pub menu to include more housemade chef-inspired items and a stellar plated brunch (a definite upgrade from the previous brunch buffet). If you haven’t been there in a while, you might just be pleasantly surprised.

I can’t be sure what the fish fry was like in 1976 (if you do, feel free to email me to tell me all about it!). But I can tell you that the fish fry of 2019 is definitely worth checking out. 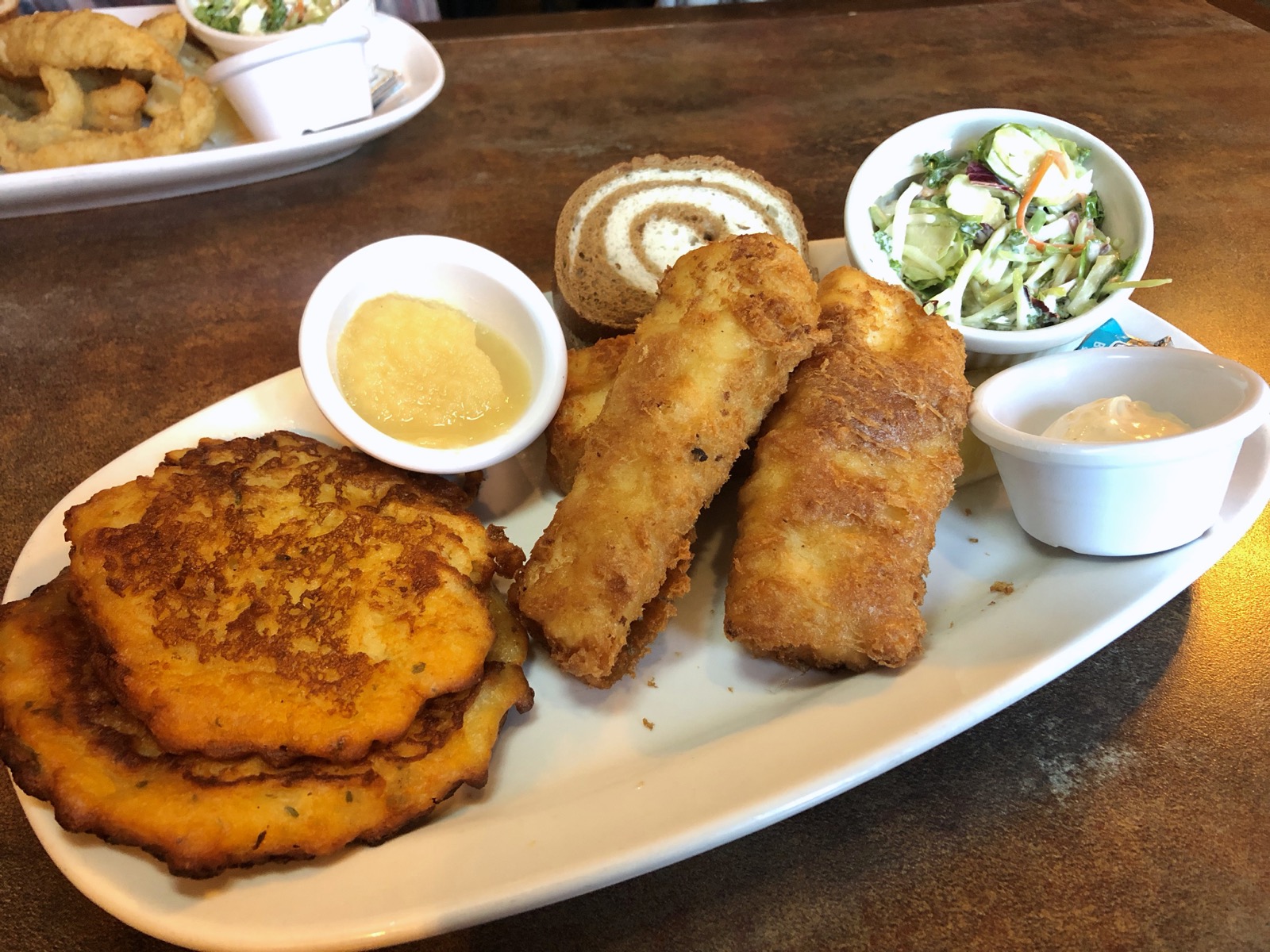 Note: I don’t typically remark on the coleslaw at area fish fries, since it’s often an afterthought. But Saz’s slaw is mentionable. It’s fresh and flavorful and (dare I say) healthful, complete with broccoli and Brussels sprouts. More importantly, it’s really tasty. 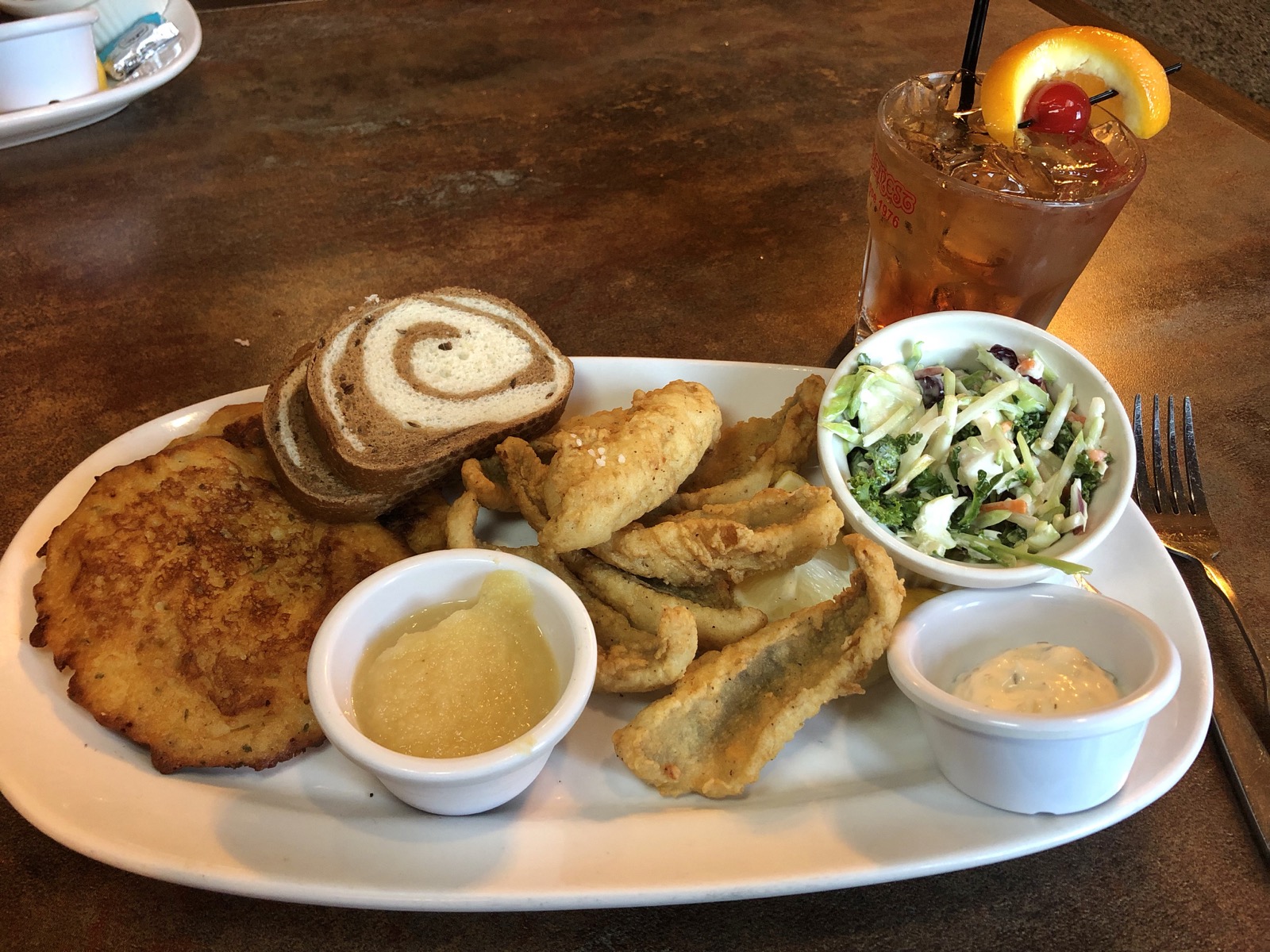 Less is often more when you’re breading lake perch and Saz’s does it right. The six pieces of lake perch on my dinner plate were nicely seasoned with a light, crisp breading. The fish beneath was tender and flaky without so much as a hint of dryness.

The cod dinner, which featured three generous portions of cod loin featured a tasty batter with a hint of beer flavor. It was light and crisp, with the exception of the bottom of each piece, which had gone wet and soggy. Fortunately, the tender fish was moist and delicious.

The German-style pancakes were served up fresh and hot. They were moderately thick (but not too dense) with a good texture and great flavor. In fact, they were ever-so-slightly tangy and flecked with chives, reminding me ever-so-slightly of Saz’s famous sour cream and chive fries.

This rendition of the Wisconsin classic erred on the sweet side, even for an Old Fashioned sweet. The flavor was slightly fruity, with a moderate amount of brandy. There was no sign of the traditional muddling; but it was nicely garnished with fresh orange and maraschino cherry.