Thank Cod it's Fryday: The Brick Pub & Grill in Glendale

The Brick Pub & Grill is a spot that continues a family legacy. And, despite all its shiny newness, there are many things about The Brick that hearken back to the past. Among them is the restaurant's Friday night fish fry, which - as the story is told - is made with the classic family recipe.

The Brick Pub might not be the oldest bar and grill in the city (it opened in 2015); but it has a compelling family history that goes back quite a bit farther. It’s a story centered on community and continuity, and it’s part of what makes the bar and restaurant a popular place for locals to gather.

In brief, The Brick Pub & Grill is a spot that continues a family legacy. It’s located in the same space where Tim's grandfather operated Wren's II, and across the street from the original Wren's, which had a history that dates back to 1961. And, despite all its shiny newness, there are many things about The Brick that hearken back to the past.

Among them is the restaurant’s Friday night fish fry, which – as the story is told – is made with the classic family recipe.

Fish fry options include fried cod (two- or three-piece for $9.50 or $12); walleye (one large fillet, $15); perch (two or three pieces, $11 or $13.50); or bluegill (pictured below;  four to five fillets, $15). Each option is served with marble rye bread, coleslaw and a choice of housemade potato pancakes or the guest’s choice of sides. 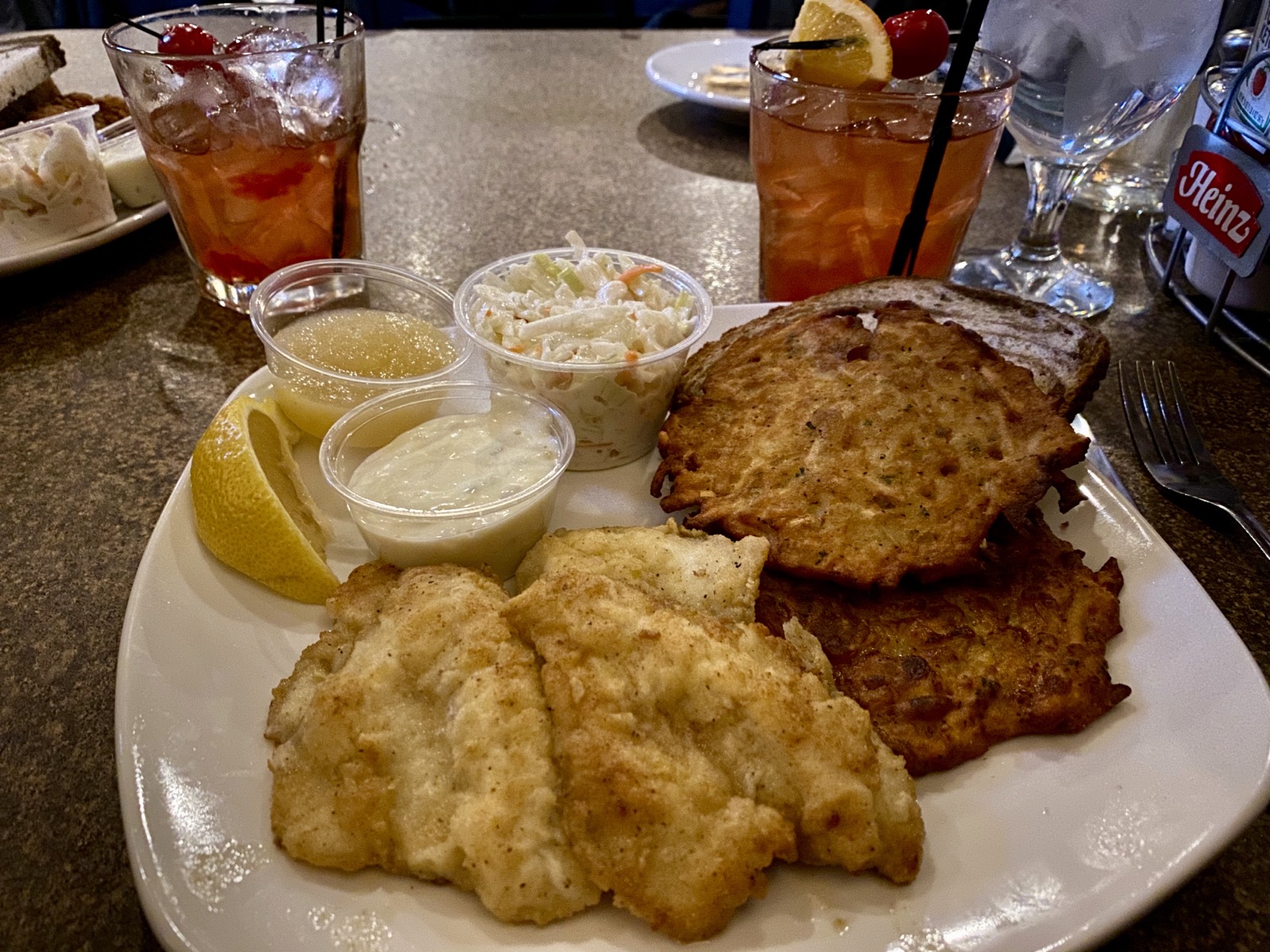 The three piece cod plate showcased what appeared to be pieces of cod loin. The breading on the exterior was very crisp and flavorful, fried to a deep mahogany brown. On the interior, the fish was flaky and mild, but slightly overcooked, giving it a slightly dry texture. 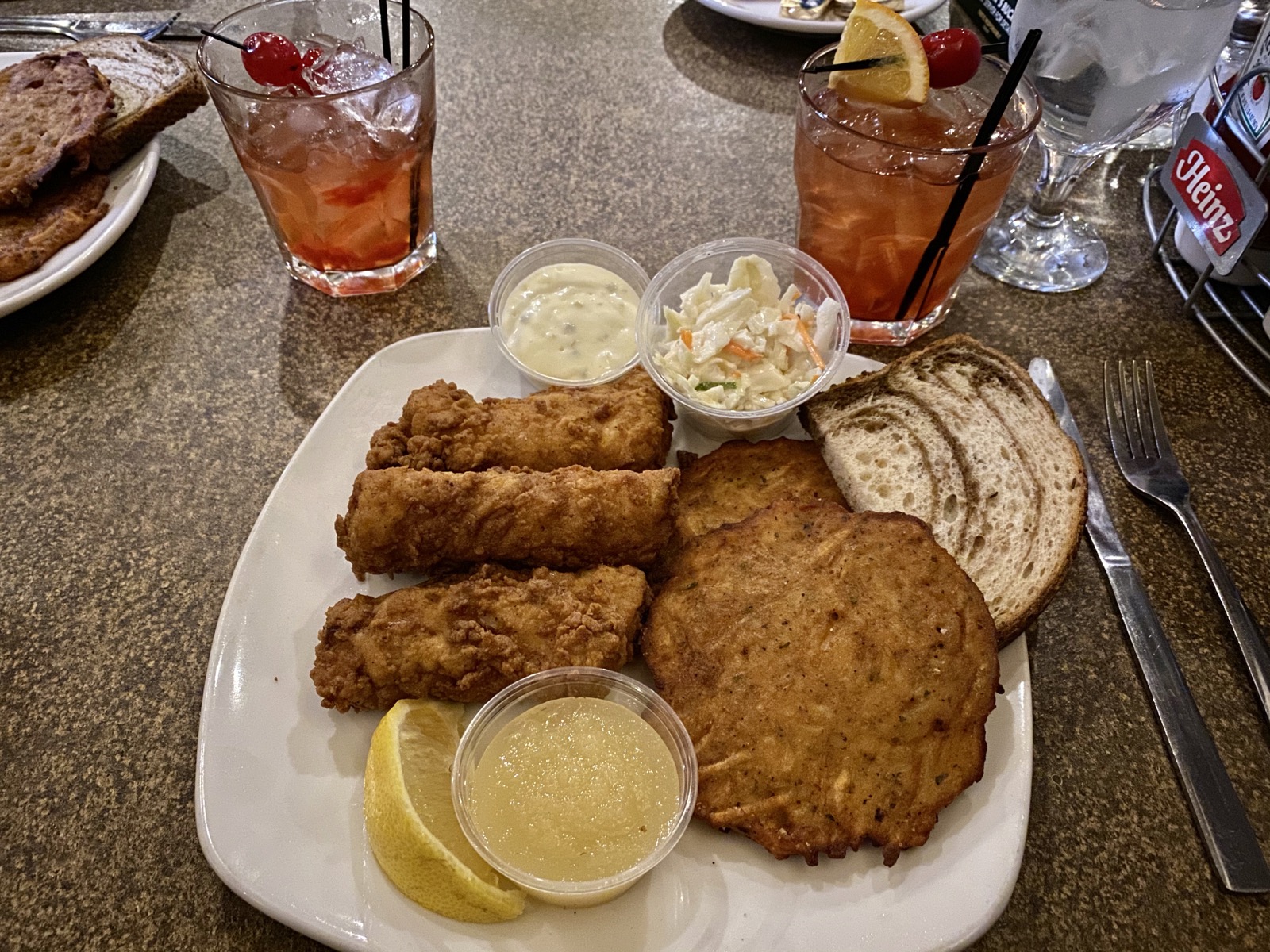 As for the lake fish, the bluegill was ultra tender with a thin coating of seasoned flour that was lightly browned, just enough to give the fish a delicate crispness. I appreciated the light touch on the breading, though the seasoning definitely erred on the salty side, making it wont for a squeeze of lemon to moderate the saliferousness.

Meanwhile, the potato pancakes were relatively thin and nicely browned with pleasantly crisp edges. However, like the bluegill, they were also heavily seasoned; the first bite was pleasant, but bites grew cumulatively saltier as I dug in. The accompanying applesauce assisted in balancing the flavor; but in the end, I left most of one pancake on the plate.

The brandy old fashioned was presented in the classic fashion with both muddled fruit and a garnish of fresh orange and cherry. However, its flavor was comprised largely of cherry, with a faint hint of brandy; in the end it was missing both the complexity and balance it needed to make it shine.