The Mothership: a very serious corner bar with a gas station-inspired menu

A bar slinging "cocktails, cold beer and other remedies" is slated to open soon in the former home of Urban Bay View.

A bar slinging "cocktails, cold beer and other remedies" is slated to open soon in the former home of Urban Bay View at 2301 S. Logan Ave. In fact, Owner Ricky Ramirez says he’s hoping to open the doors as soon as Thursday, April 18.

It’s a first solo venture for Ramirez, a veteran bartender whose experience includes work Transfer Pizzeria Cafe, Palomino, Strange Town and most recently The Vanguard. But it’s a concept that’s been years in the making.

"I’m a huge sci-fi guy," says Ramirez, "And I’ve always wanted to own my own bar. For years, my goal was to name it after my mom. But her name is Isis … and, well, you see the problem there. So, The Mothership is my way of weaving an homage to my mom together with other things that I love."

Despite its name, Ramirez says the bar won’t really be a "geek" bar. Instead, the intention is to weave together a corner bar atmosphere with a level of service akin to that of a restaurant.

And when Ramirez says "fun," he’s referring not only to the bar’s relaxed, casual atmosphere, but also to its creative beverage program and super fun gas-station-inspired food menu. 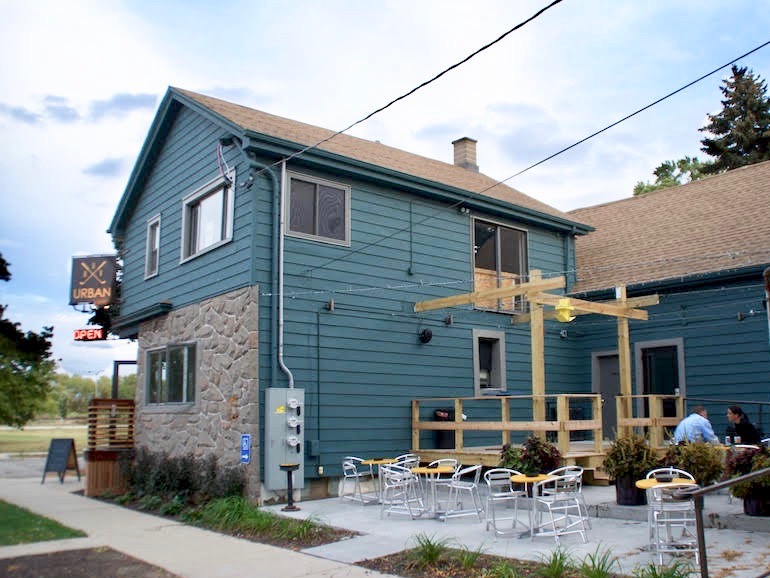 Cocktails, cold beer and other remedies

"When we opened Vanguard, I did a lot of travel researching cocktails," says Ramirez. "I started in Portland, Maine, and went down the East Coast, drinking my way through amazing Beard nominated cocktail bars."

He took inspiration from the creativity at all of those bars, bringing a variety of concepts home and distilling them into a format that he says "made sense for Milwaukee."

He’ll take the same approach at The Mothership, which will eventually feature three distinct cocktail menus: classics, remedies and a third "pop-up" menu which will offer fun takes on themed cocktails.

"It’s Wisconsin, not Chicago," says Ramirez. "And, in the end, we’re a corner bar. So we’re not likely to have fancy ice and the frills. But we’ll have really great cocktails."

To start, Ramirez says they’ll offer a solid menu of classic cocktails, including traditional builds ("not riffs") of drinks like the margarita, negroni and old fashioned along with a selection of more modern classics.

Moving forward, he says they’ll gradually introduce a house menu (Remedies), which will feature cocktails made using a variety of housemade syrups, infusions and bitters made from herbs, spices and roots traditionally used to promote good health.

He also aspires to a third "pop-up" menu, which will feature themed drinks. A concept likely to comprise the first of these menus is "Acapulco Nights," a collection of well-balanced riffs found on tropical resort menus.

On the beer side, Ramirez says he’s not trying to compete with area craft bars like Burnhearts and Sugar Maple. Instead, he says, he’ll offer eight drafts, including "a hop line, a yeast line, something that’s touched wood and something weird." That list will be supplemented by classic drafts including Hamm’s and Old Style, along with a selection of brews in bottles and cans.

"All of our beer will be served in 12-ounce format or pitchers," he adds.

"To me, sandwiches are just the epitome of food," says Ramirez, noting that he wanted to differentiate The Mothership from other area bars, most of which serve frozen pizzas to hungry guests.

Instead, he says, they’ve worked up a menu of solid, approachable fare that takes inspiration from the approachable fare he found in gas stations and convenience stores while touring with blackened thrash metal band Population Control.

"I’m a vegetarian," he says, "So while we were on tour I literally lived on egg salad sandwiches. It’s amazing. They’re good most places, even at gas stations."

In homage, Ramirez has renamed a former beer cooler in the bar "The Oasis." Inside, the cooler will contain an impressive collection of grab and go food items including fun snacks, sandwiches and a variety of non-alcoholic beverages like Gatorade.

The food will be prepared by a variety of area chefs and restaurateurs including Bryan Phillips and Maggie Reid, who will provide an inaugural menu including options like a katsu-style egg salad, chicken salad that takes inspiration from their popular Nashville hot chicken sandwich and a series of bento-box style "adult lunchables." 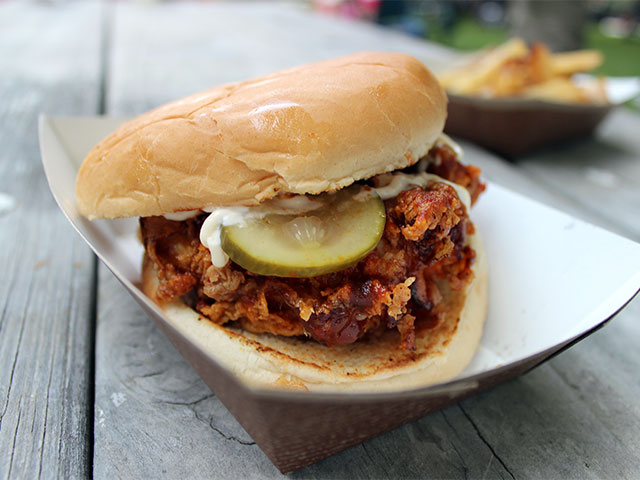 From there, the torch will be passed along to a list of area chefs Ramirez has lined up including Paul Zerkel of Goodkind, Angie Wierzbinski of The National Cafe, Paddy Joyce of The Vanguard, Nathan Heck of Eagle Park Brewing Co., Mia Le Tendre of Strange Town and Mitch Ciohon of Snack Boys.

The bar will also feature a number of arcade games, a photo booth and one television, which will broadcast a combination of old cartoons and sci-fi movies. A deck is also slated to be built on the East Side of the building, hopefully just in time for summer.

Ramirez says he has a number of other ideas in the works including hosting Sunday Self-Care Days, a service-industry focused offering featuring well-being-based programming and speakers. Themes might include gardening, holistic health and other topics related to giving folks the tools to live their best lives.