A new Brady Street restaurant will showcase the talents of the owners of two popular mobile food operations, Pig Tailz and Roll MKE.

The former Hybrid Lounge space at 707 E. Brady St. has been a hot commodity over the past two years, with numerous concepts – including the Hot Box Burger Shop – proposed to transform the space.

But thanks to an investment on the part of VentureFifth and the talents of the owners of two popular mobile food operations, a new restaurant has been proposed for the space, which could open as soon as April.

The restaurant, cleverly named The Truck Stop, will be operated by industry veterans Jordan Stewart and Justin Kling, owners of the successful street food and catering company Street Chefs MKE and operators of the popular food trucks Pig Tailz and Roll MKE. 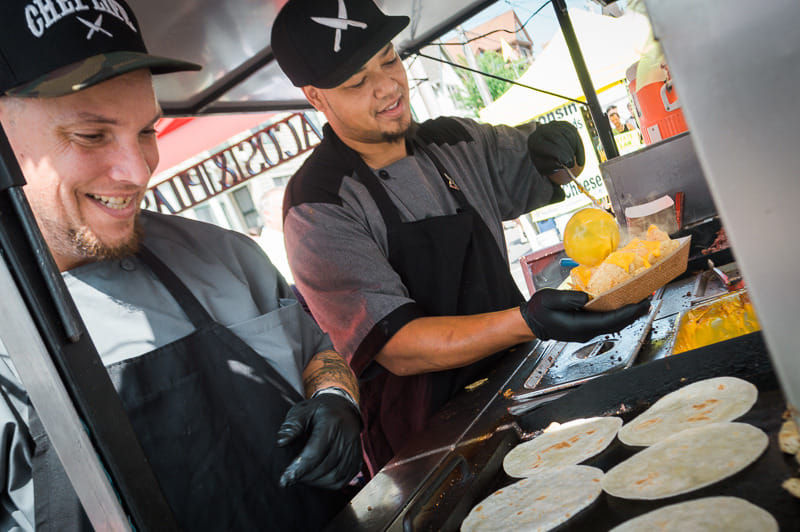 Stewart says the goal of the new restaurant will be to infuse the spirit of street food culture into a brick and mortar establishment, offering guests an enhanced "From Truck to Table" experience.

Both Pig Tailz and Roll MKE (which Stewart and Kling purchased from Chad Rittgers in 2019) have made a name for themselves by operating a bit differently from other food trucks. Using a hibachi grill-style set-up which allows customers to see their food being prepared, they’ve created an interactive street food experience which delivers award-winning tacos, burgers and sandwiches to an engaged customer base.

The fast casual counter service restaurant will aim to harness that experience, bringing diners the street food they love in an environment that emulates the look and feel of a food truck.

"We want the overall experience of the restaurant to be a reflection of the food truck and street food culture here in Milwaukee," says Stewart. "Customers will order from the counter and pick up there food and beverages from what will look like a food truck."

Stewart says they’ll maintain the interactive elements of their two trucks with an open kitchen. The dining experience will be further enhanced by a food truck mural and "a few other surprises."

"Whether a customer wants something quick over the lunch break and take it to go, or if they’d prefer to sit down in the dining area, the space we are creating will provide a great atmosphere for anyone," he says. 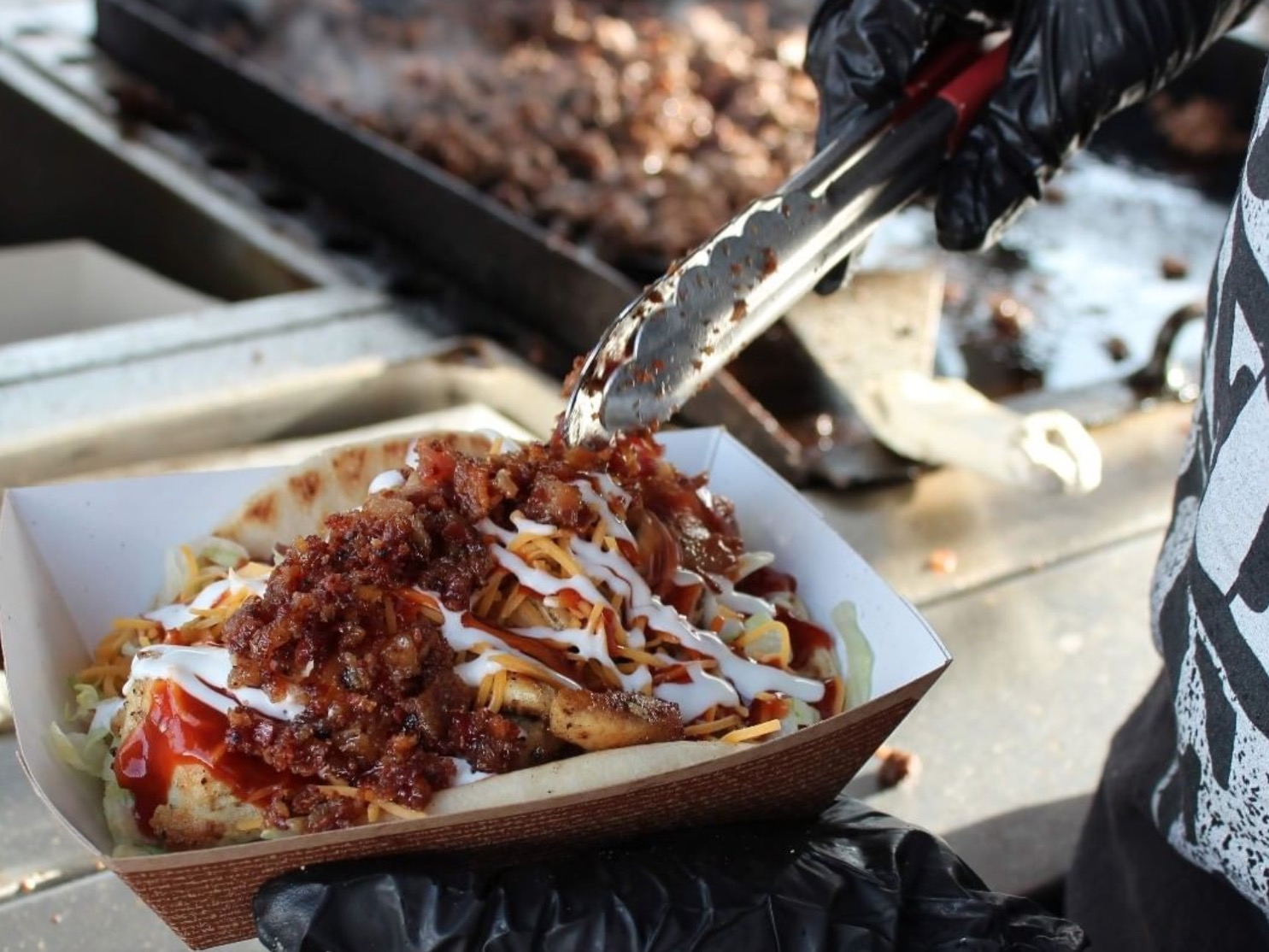 As for the menu, Stewart says they’ll start off featuring best sellers from the two food trucks. That will include a wide assortment of Pig Tailz award-winning outside-the-box tacos, including chimichurri steak, buffalo chicken and Third Space beer braised Korean BBQ brisket.

There will also be Roll MKE favorites like the fan favorite brisket grilled cheese, the MKE burger, the bacon and pastrami sandwich and a selection of "crazy yet tasty" loaded fries. 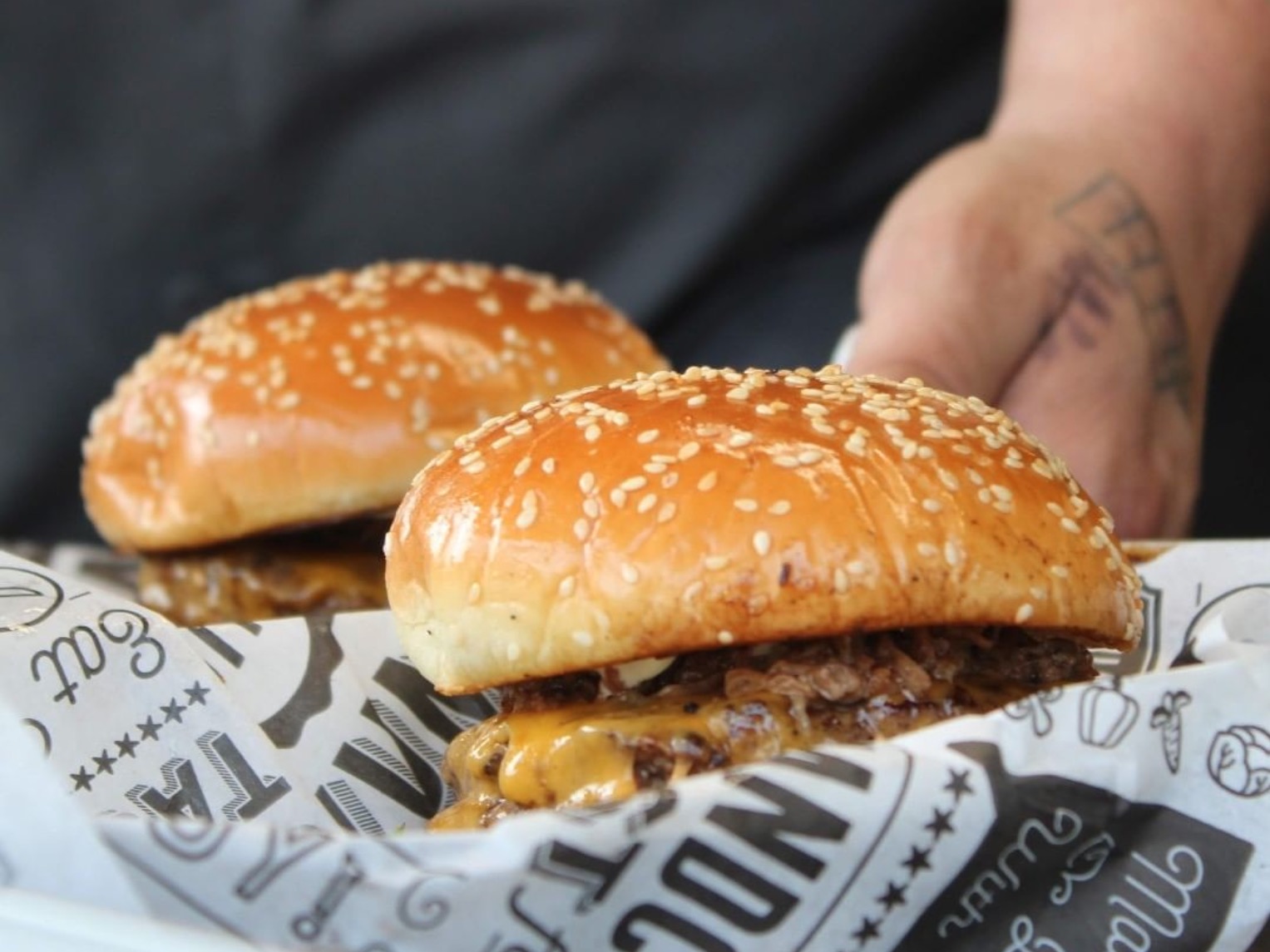 Both vegetarian and vegan tacos and sandwiches will also be included on the menu, as will specialty sodas, canned and bottled beer and wine. Stewart says they also hope to roll out signature frozen drinks during the warmer months.

"Justin and I couldn't be more excited," notes Stewart. "We have always enjoyed the freedom of operating a food truck, but a restaurant will provide our customers with a year-round location to eat what we believe is some of the best food in the city. It will also provide us with a location to test out new dishes and experiment with food in a way that is nearly impossible to achieve when cooking on the trucks."

Among the brand new offerings they’re likely to roll out sometime this summer is a street food inspired brunch on the weekends.

"We love the East Side and Downtown areas," says Stewart, adding that both he and Kling have lived on the East Side for over a decade. "And we’ve been attending the East Side festivals since we started the business. We love the community and culture of Brady Street and we can’t wait to be a part of it."