Another weekend, another batch of new craft beer releases in the ever-evolving and growing world of craft brewing in Milwaukee.

Another weekend, another batch of new craft beer releases in the ever-evolving and growing world of craft brewing in Milwaukee.

Few brewers seem to be growing quite like Third Space, 1505 W. St. Paul Ave. in the Menomonee Valley, which launches its latest Mystic Knot Barrel-Aged Irish Coffee Stout on Saturday, March 7 with a free party that’s an Irish celebration of coffee and beer.

In just three years, Third Space has grown to a capacity of 15,000 barrels thanks to the arrival this week of two new 90-barrel fermenters, a 120-barrel brite tank (all pictured below) and a new chiller. 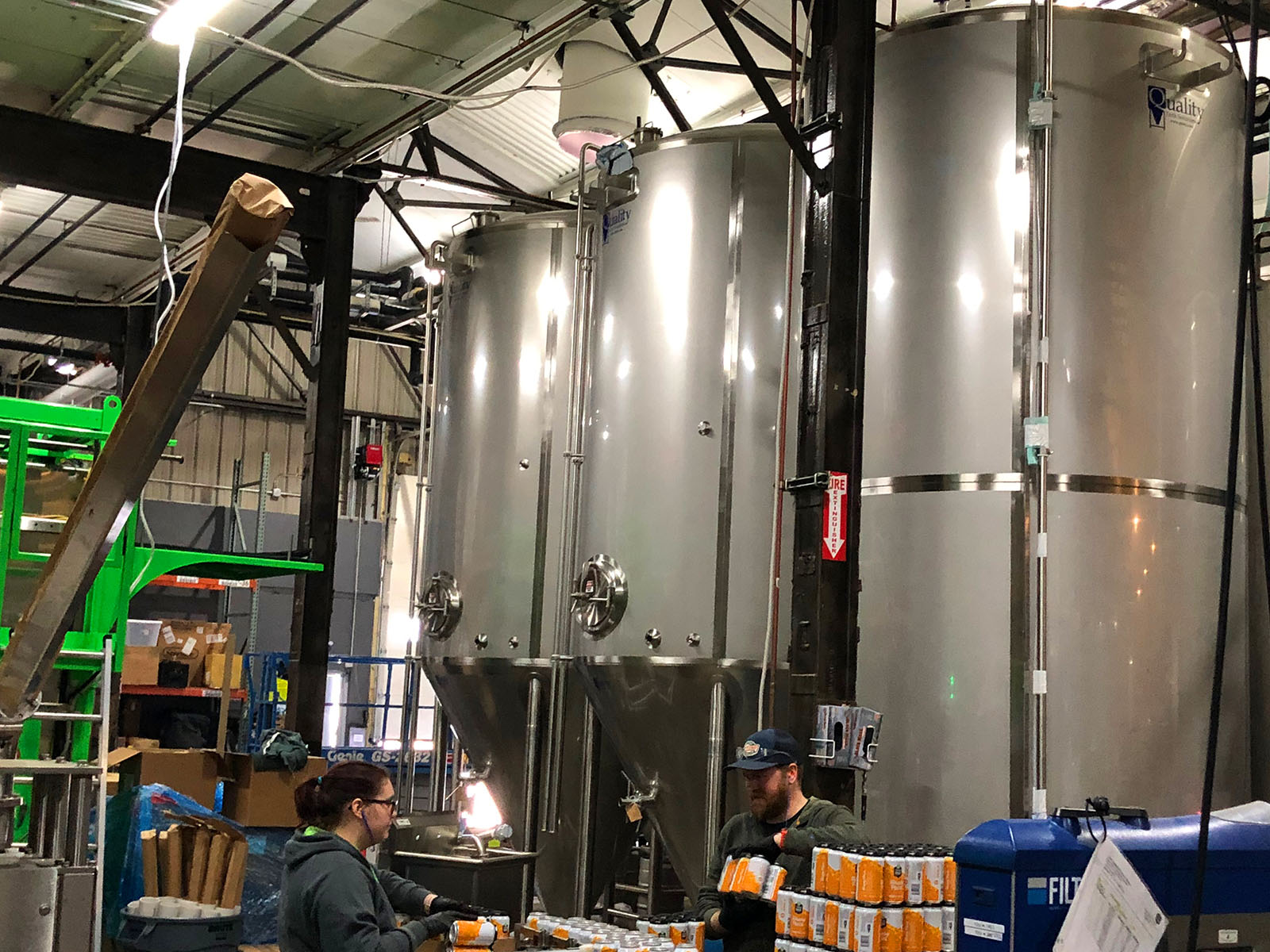 It marks the fourth expansion of the brewery so far, and it means Third Space might soon need more space, says co-founder and brewmaster Kevin Wright.

"The chiller can handle two more tanks," he says, "which is all we can fit in here anyway."

Wright says there's no plan yet for what will happen if demand continues to grow beyond that extra capacity, but that he and co-founder Andy Gehl plan to start looking at options.

The new equipment should help the brewer reach its 2020 goal of making 12,000 barrels of beer, a big boost from the 8,700 it produced in 2019. In 2018 the Brewers Association named Third Space one of the country’s 50 fastest growing breweries.

Over the past year, the brewery – which employs 14 and is now moving to a two-shift brewing schedule – has expanded its reach across the state, recently adding more than 10 counties to its range, including Brown, Calumet, Door, Fond du Lac, Green Lake, Kewaunee, Manitowoc, Outagamie, Sheboygan, Winnebago and portions of Waushara and Waupaca.

So when will Third Space reach its, ahem, happy place?

"We are proud of our rapid growth but have also tried to do it intelligently and organically," says Gehl. "We have focused on our home market first and foremost. As we slowly add new markets, we make sure to support new territories with events and samplings to grow demand in those areas."

"Growth is about more than just brewing capacity and beer sales," adds Wright. "We have also invested heavily in our team and our quality program to ensure we continue to put out the highest quality product."

One of those products is Mystic Knot, an Imperial Cream Stout aged seven months in Four Roses bourbon barrels and dosed with Stone Creek Coffee’s 3 Volcanoes. 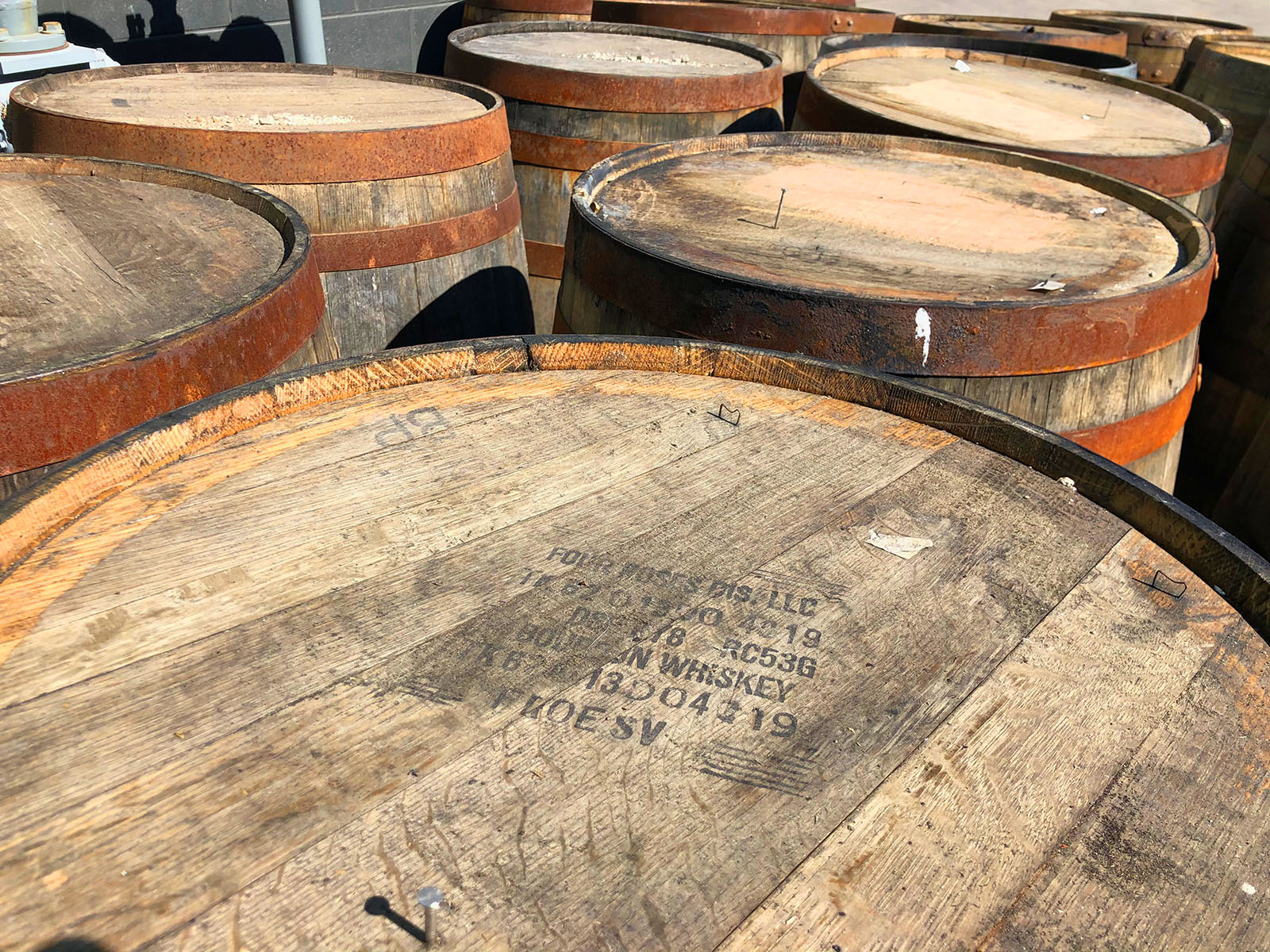 "It's our most popular barrel-aged release," says Gehl. "People get pretty excited."

This is the third release of Mystic Knot and the first using Four Roses barrels. Last year's Knot was aged in ex-Heaven Hill barrels and the debut launch in 2018 rested in Jameson-infused barrels, which were never used to age whiskey but, rather, were artificially infused with spirit.

Wright was not pleased with those 2018 barrels, but says that he's not wedded to a specific distiller's casks.

"We don't worry too much about that," he says. "It's more about the quality. We've gotten so-so barrels from top bourbon makers and great barrels from ones you might not expect."

The 10.5 percent ABV brew – along with its Mystic Pancakes variant (10.7 ABV), which adds a touch of maple syrup from Kallas Honey – will be sold in cans at the event, which includes coffee and beer pairing presentations at 1 and 3 p.m., live music by Evan and Tom Leahy Band, and coffee and beer brew bombs.

For the bombs, you can add a shot of chilled espresso to any Third Space beer, though the brewery will have some suggested combinations, too.

"We're really trying to build up the pairing of coffee and beer," says Gehl. "We’re also going to have some co-branded coffee mugs and T-shirts with Stone Creek available (on Saturday)." 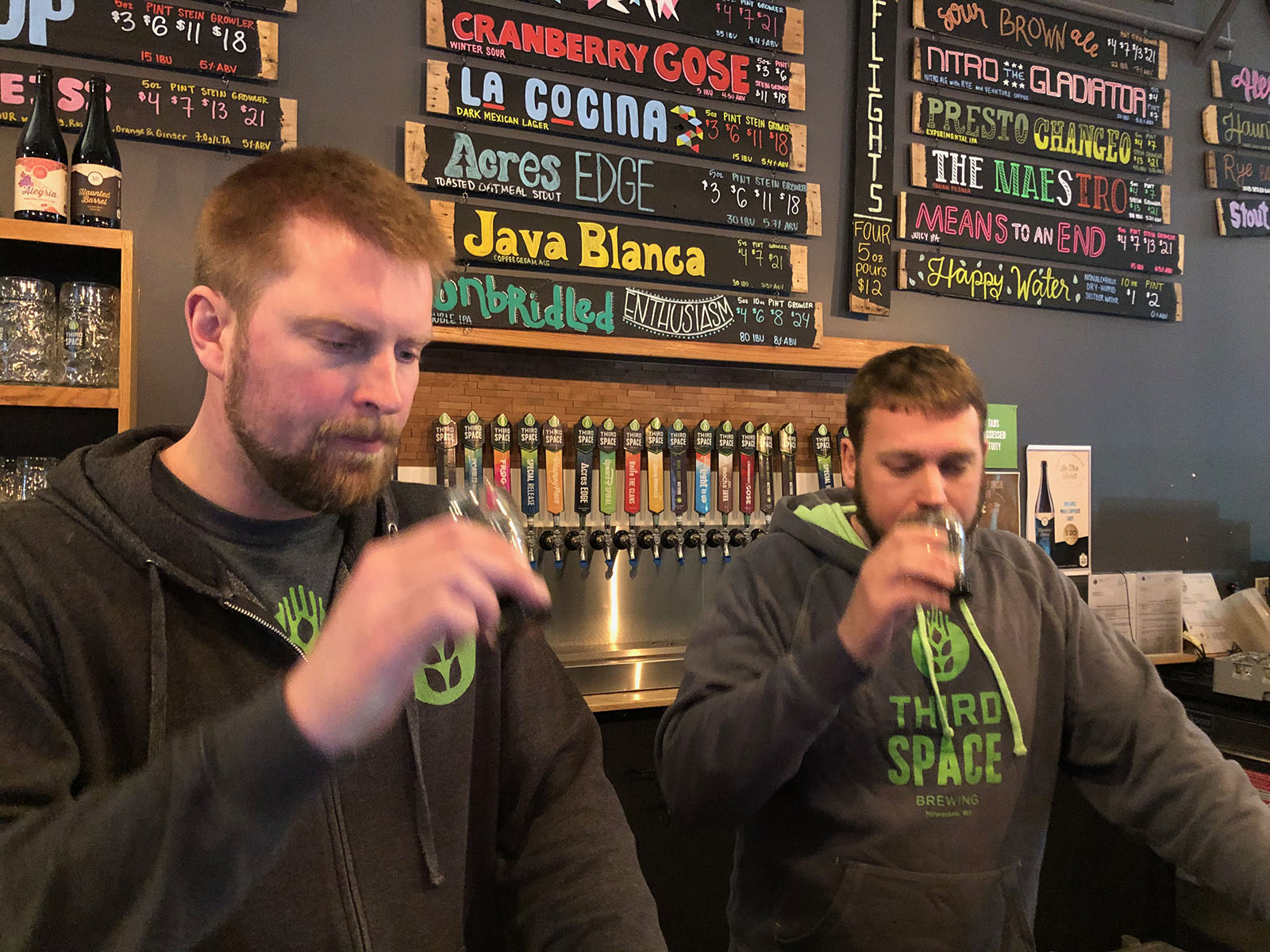 I got a taste of the two brews today and the Mystic Knot is very coffee-forward, with a nice burst of java at first, but that quickly gives way to sweetness and the lightest touch of funk from the barrels.

The maple syrup really tones down the coffee in Mystic Pancakes, which is sweet but not sticky and cloying.

If you can’t or don’t want to wait in line on Saturday morning for cans, you can pre-order online and pickup anytime the taproom is open from March 7 to 22.

The brewery has about 500 cans of Mystic Pancakes to sell and around 900 four-packs of Mystic Knot.

Hacienda Beer Co. also has a special release on Saturday at its taproom on Farwell and North Avenues on the East Side.

At 10 a.m., the brewery will launch Psychedelic Boss Battle, which it calls, "an insanely thick double mash imperial stout brewed to mimic the flavors of Rocky Road ice cream," brewed at its Door County brewery in collaboration with Chicago’s Maplewood Brewery.

"We threw in a bunch of marshmallows and cacao, and added some natural almond flavoring to round out the Rocky Road flavor profile. By far our most decadent beer to date. 14 percent ABV."

Two-packs of 16-ounce cans will be available for $18.99 at Hacienda and its sister location in Bailey’s Harbor in Door County (at 11 a.m.).

Hacienda is also launching Does Anyone Work Around Here?, a 5.3 percent ABV Hallertau Blanc dry-hopped unfiltered lager on Friday, March 6.