But Fehring was trained as an engineer and one of his two new books – "The Magnificent Machines of Milwaukee and the Engineers Who Created Them" – draws heavily on that background. The other, unsurprisingly, is "Historic Whitefish Bay: A Celebration of Architecture and Character."

The latter book – like Fehring’s others – is published in paperback by The History Press/Arcadia. It was co-written with former journalist Jefferson J. Aikin.

"The Magnificent Machines" was published in large format paperback in collaboration with the Milwaukee County Historical Society. All proceeds from the sale of this book benefit MCHS. 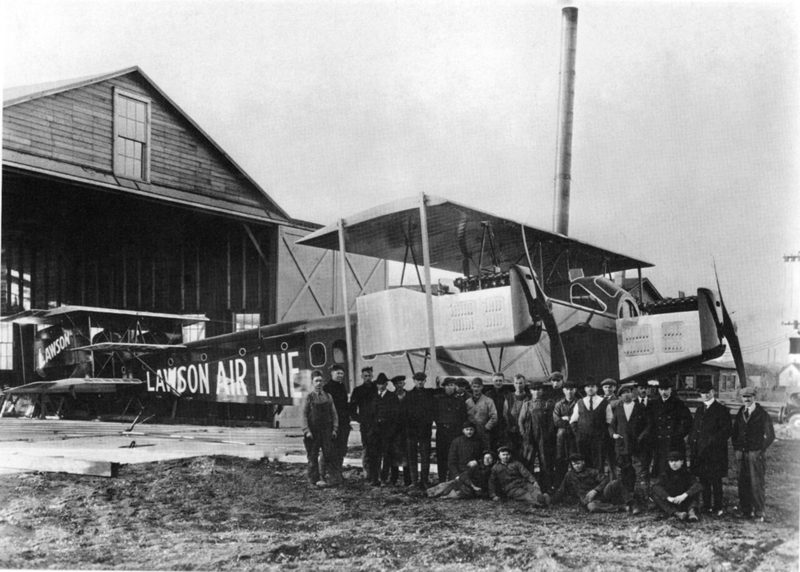 We caught up with Tom Fehring – who has an event with his co-author for the Whitefish Bay book at Historic Milwaukee's Downtown location on Jan. 18 – a few days after we took part in a mass book signing event with a number of other Milwaukee-area history writers. Here’s what he had to say about his new books:

OnMilwaukee: Tell us a bit about your background...

Thomas Fehring: I’m an engineer by training practice. I was employed for 35e years at "keeping the lights on" at Wisconsin Energy Corporation and its various subsidiaries. Earlier in my career, I also worked for a time at Falk Corporation, Briggs & Stratton and Ford Motor Company.

I was born and grew up in Milwaukee in the shadows of the A.O. Smith factory near 35th and Capitol Drive. I attended Marquette University and attained bachelor and master’s degrees in Mechanical Engineering. Along the way, I married and my wife Suzan and I raised three children.

How did you get into history in this way?

I consider myself an accidental historian. I didn’t really enjoy history in school because of the rote memorization of events and dates that was generally required. But early in my engineering career one of my supervisors helped to "plant the seed" that led to my fascination with industrial history. He encouraged me to give back to my profession by volunteering.

Taking to the call, I attended a local meeting of the American Society of Mechanical Engineers (ASME) and offered my services. Never a group to turn away free help, they assigned me to an open position as chair of their history and heritage committee. I found the assignment to be very rewarding. Forty years later, exploring the history of technology continues to be an important part of my life.

My foray into history continued after my retirement when I was appointed to ASME’s international history and heritage committee – which I currently chair. I have also been involved with community history, serving on the Whitefish Bay Historic Preservation Commission. I have published two books on the Village’s history – "Images of Whitefish Bay" and "Chronicles of Whitefish Bay."

I first published a book on Milwaukee’s industrial heritage in 1980. It was a modest effort, but was surprisingly well received. Since then I have continued to gather information and materials about the early companies of Milwaukee and the incredible machines that were built here over the years. 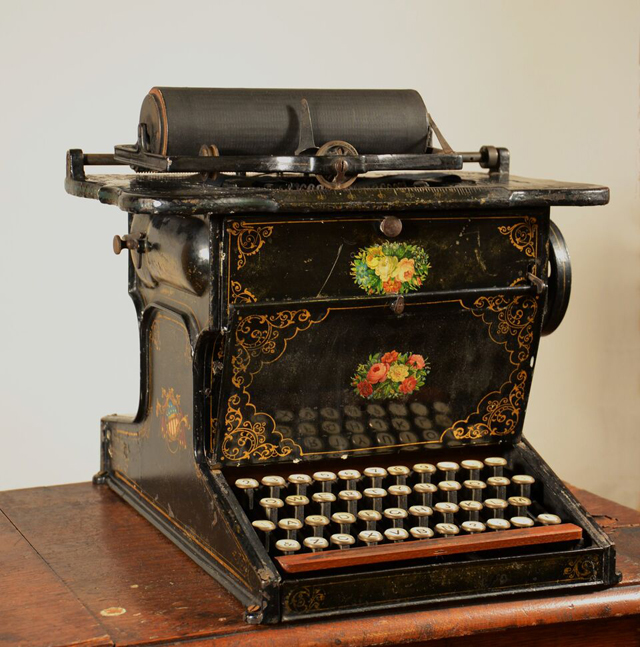 You've got two new books on the shelves right now. Are you always busy working on something or is their concurrent arrival more a coincidence?

I have been working on a science fiction novel for a long time. I have always been a fan of the genre, and have a conceptual story that I think could be engaging – it envisions a possible future in which mankind explores the stars – without circumventing those pesky laws of nature that limit our ability to traverse the distances.

However, I continue to be drawn to the exploration of our industrial past, and might eventually publish something about some of the incredible innovations that occurred in other Wisconsin communities.

Let's start with "Historic Whitefish Bay," which you wrote with Jefferson Aikin. It's not a narrative approach, is it? Tell us a bit about it.

Shortly after the formation of the Village’s historic preservation commission, we began creation of an inventory of its architecturally significant and historic buildings (AHI). We started with the intention of highlighting many of these interesting homes and other structures, but decided to focus on the stories of the former occupants of those structures. Some of these stories are quite engaging – some interesting characters have lived in Whitefish Bay and we try to bring the homes to life through their stories.

Jeff Aikin, who chairs the Village’s historic preservation commission, took the lead on writing this book. We timed the book to help celebrate the 125th anniversary of the incorporation of the Village of Whitefish Bay.

Over the last eight years, the Village has been installing sidewalk medallions in front of the sites that are on the Whitefish Bay architecture and history inventory. The book also serves as a narrative to explain the significance of those sites. 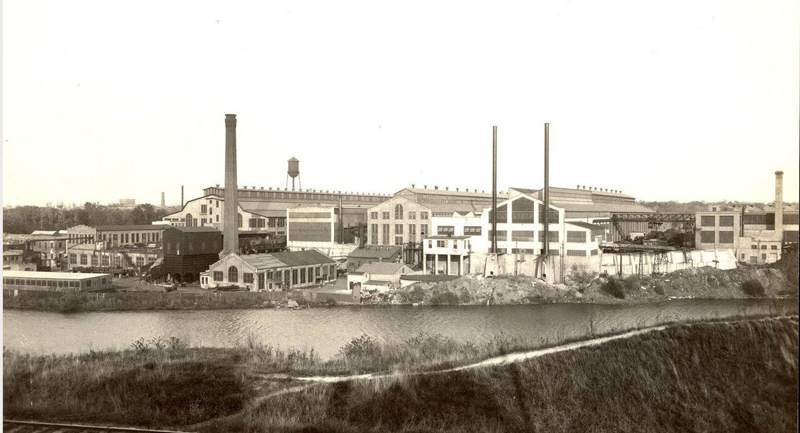 National Brake & Electric, seen from across the Milwaukee River.


I think "The Magnificent Machines of Milwaukee" is a pretty amazing thing and John Gurda told me that he thought more or less the same. Give us a quick explanation of this one.

A couple of years ago, I decided to update the modest booklet I pushed in 1980 about the significant mechanical engineering achievements in Milwaukee. I initially intended it to be a simple effort that would largely highlight a hundred or so innovative machines that have been built here over the years.

However, as I began this process I quickly realized that this approach would leave out too much information. In particular, I wanted to answer the "so what" question, showing that Milwaukee’s history of innovation lead to the formation of large manufacturing companies that employed thousands of its citizens. I also wanted to explore the backgrounds of these engineers and innovators, and see if I could discover some idea of where their inspirations came from.

Finally, I wanted to draw some insights from how this early innovation all came together that might help the City to restore this culture of innovation and corporate creation into the future. The last chapter of the book is devoted to these insights.

Did you have a plan and sit down and do all the research and write it? It almost seems more like something that might have grown over time.

You’re right – I’ve been accumulating information about industrial Milwaukee and the significant achievements of its engineers and other innovators since the late 1970s. I wrote the CEOs of many of Milwaukee’s largest industrial firms to inquire about the innovations that had led to the formation of their companies. Surprisingly, perhaps, I received a good deal of information – documentation on over 50 significant innovations. I supplemented this with information that I was able to find from books, newspaper and magazine accounts and technical papers, as well as information from the companies that I was associated with.

Over time, I pulled this information together into a list of over 100 of the most significant and innovative Milwaukee machines, along with background materials, documentation and photographs. This provided the starting point for the book. However, as I began dropping this into the book, I continued to find additional information.

Were there some of these machines that you hadn't previously known about but that especially impressed or surprised you?

Yes, quite a few actually. Let me provide just one example. I stumbled across a reference to the Christensen Engineering Company in the engineering records of one of the engineering societies. I found out that they had a large factory employing hundreds of people, located on the Milwaukee River where the Urban Ecology Center and the Milwaukee Rotary Centennial Arboretum is now located.

Digging deeper I discovered the innovations of Niels Christensen – starting with an airbrake system used by most early streetcars. But circumstances, including a lengthy patent battle with George Westinghouse, led Christensen to develop other innovations, including air starters for large aircraft engines and eventually air brakes for trucks.

What was most surprising, to me at least, is that late in his life Christensen developed and patented the O-ring. The O-ring, as you know, is ubiquitous. Most of us have hundreds of the mundane devices throughout our homes and automobiles. We don’t think about them until they fail – leading to a leaky faucet or a failed brake cylinder.

Shortly after Niels obtained his patent, the United States government determined his innovation was critical to the defense program – this was at the onset of the Second World War – and the government took over the patent rights. So, Christensen never reaped the financial rewards he might have anticipated. And much of his innovation was done in relatively obscurity.

It's really a portrait of a Milwaukee that doesn't exist anymore.

In the early 1960s, well over half of working Milwaukeeans were employed in manufacturing – it drove our economy. It has been said that we were "The Machine Shop of the World." I suppose a number of other industrial cities across the globe could also make this claim, but certainly Milwaukee industry produced many of the machines that supplied the needs of the United States.

Twenty-five years from now there won't really be enough machines to write about in Milwaukee, will there? Will there be an equivalent, do you think?

We are still a major manufacturing hub. However, it’s clear that we have been on a long-term slide as more and more local industrial companies have been acquired by larger, international concerns and moved operations out of the area.

Frankly, this provided me with a strong motivation for writing the book. I wanted to document this incredible history, before it was lost.

I think the history of Milwaukee innovation and machinery from our current century will be far different – and certainly not as broad as it has been historically. But there is still a lot of innovation underway by a number of Milwaukee area companies, plus the efforts of the Midwest Energy Research Consortium, the Water Council, and the state Food and Beverage Industry Cluster, that will make for some interesting stories.

What else do you have up your sleeve right now in terms of research, books, etc.?

In addition to the book efforts that I mentioned, I continue to research Milwaukee-area industrial achievements. I’m know there are some that I’ve missed and I’m following up on some interesting leads.

I have also been working with the Grohmann Museum on the campus of the Milwaukee School of Engineering on an exhibit that would feature art and artifacts of industrial Milwaukee, which they are targeting for late 2018.