Public Enemy and Run-DMC in Tosa ... wait, what?

This past weekend a Tosa resident staged a huge party at Red Dot on North Avenue in East Tosa with Public Enemy, Run-DMC, Sir-Mix-A-Lot, Rakim, EPMD and others. I was there for the first night of the two-day jam. Here are some images.

This past weekend, Tosa resident Anthony Lampasona staged a huge party at Red Dot on North Avenue in East Tosa with Public Enemy, Run-DMC, Sir-Mix-A-Lot, Rakim, EPMD and others.

Some nights you're hanging out watching your kids do gymnastics and packing for a weekend camping trip, and 20 minutes later, you're rocking to Run-DMC at a tiny venue a few blocks from home.

That's what happened to me Friday night when I saw fellow drummer Mikal Phillips post a Facebook Live of Run-DMC on stage at Red Dot. A few minutes later, I was on the sidewalk enjoying the music and occasionally catching a glimpse of the performers through the big open windows.

Phillips spotted me on the sidewalk and we chatted. And then I ran into more friends. And then more friends saw my posts on social media about it and they showed up. And then another longtime friend – a co-owner of Red Dot – brought me a pass to get inside. Suddenly it felt as much like my party as Lampasona's.

The event was a follow-up to a similar one Lampasona – who is the president and COO of Landmark Healthcare Facilities – staged at Red Dot with Public Enemy last year.

Held on the same weekend as Tosa Fest was taking place down in the Village, Lampasona's party felt like the real Tosa fest. And though it was packed, there seemed to be nothing but good vibes. Folks on the sidewalk took turns standing on chairs to see the action inside, with nary a thrown elbow.

Inside, the party was packed, but folks ran to open the door for people carrying drinks and there was nearly as much high-fiving as there was selfie-snapping. And by the time Public Enemy was into its surprisingly long set, doormen weren't even checking for passes anymore.

It was a really good time. I didn't make it over on Saturday to see Rakim, who is perhaps my favorite hip-hop MC ever – there was that camping trip, remember?

Thanks to Lampasona for sharing the love with his neighborhood.

Here are some images (sorry, they were the best I could from my vantage points) ... 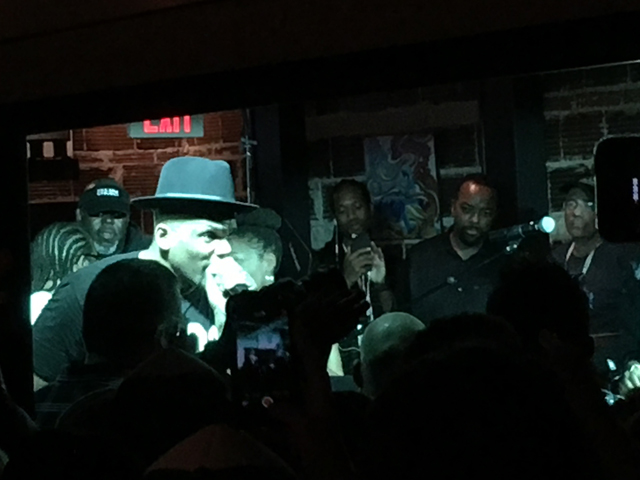 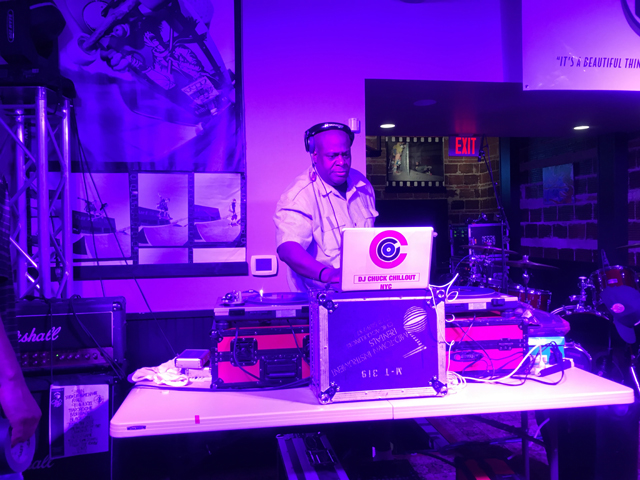 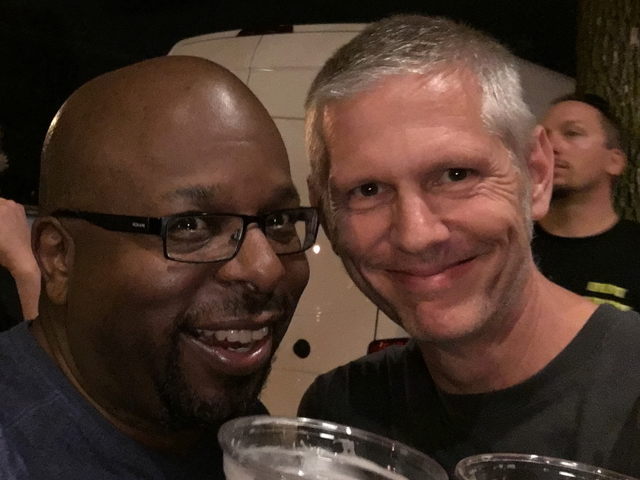 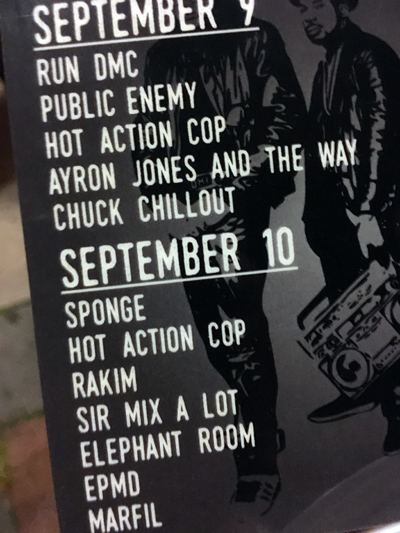 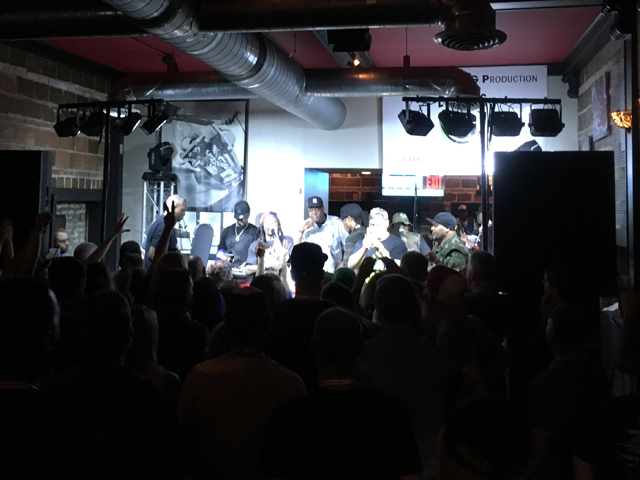