Tuberculosis isn't particularly feared today, but in the 19th century, it was one of the leading causes of death. The infection rate was close to 100 percent in major cities. If your infection developed into active tuberculosis - also called "consumption" - you faced a 20 percent chance of surviving. It was a terrifying, highly contagious and nearly untreatable disease, and it reached epidemic proportions in Milwaukee.

Tuberculosis isn't particularly feared today, but in the 19th century, it was one of the leading causes of death. If you were living a century ago, you probably carried the tuberculosis bacillus. The infection rate was close to 100 percent in major cities. If your infection developed into active tuberculosis – also called "consumption" – you faced a 20 percent chance of surviving.

It was a terrifying, highly contagious and nearly untreatable disease, and it reached epidemic proportions in Milwaukee.

The flood of desperately sick people stressed the city's health care systems to the breaking point. So much so that, if you became ill in Milwaukee around 1911, you may have housed in a temporary sanatorium located in Kern Park in Milwaukee's Riverwest neighborhood.

Back then, the 30-acre park overlooking the Milwaukee River was a recent addition to the city's park system. It had been the summer home of the wealthy Kern family.

The 1909 annual report of the Park Commissioners described the new park: "The Kern tract is a beautiful place on the west bank of the Milwaukee River. It is already laid out in park shape, is in an excellent state of preservation, and will, undoubtedly, prove one of the most popular picnic resorts in the city. The Park Commissioners favor having the city secure all the land it possibly can along the Milwaukee River, as it will aid in eventually securing the long-desired River Drive and preserve this beautiful stream to the public."

In 1910, before the city had done much with its new park, the health commission asked the park board for permission to house tuberculosis patients on the former Kern property. Although unoccupied, the Kern's 20-room mansion was thought to be well-suited for use as a hospital.

In October 1911, the Social Workers' Tuberculosis Sanitarium opened in Kern Park, "for incipient and convalescent cases." Patients paid a fee ranged from $5 to $10 per week. Free care was provided to those unable to pay.

In 1911, the annual report of the city park commissioners had this to say about Kern Park: "The only improvement made in this park was the laying of 943 feet of four-inch water main from Humboldt and Keefe avenues to the vicinity of the residence, this pipeline being planned as part of the future water system of this park. Free use of the residence was granted temporarily by the Park Board to the Social Workers' Tuberculosis Sanitarium as a convalescent hospital, the building being used by the attendants, the patients sleeping in tents erected about the park. About 25 convalescents were cared for during the winter."

The idea of housing patients in tents, especially in winter, sounds odd today. However in those days, the standard treatment for tuberculosis revolved around building up the patients' immune systems through good nutrition, lots of rest and plenty of fresh air and sunshine.

In the absence of effective medications, quack remedies abounded. One newspaper advertisement from 1906, headlined "Consumption Cured," stated, "Mrs. Henke, known as the handsomest woman in Milwaukee, states that after physicians had failed to give her any permanent relief from that dread disease consumption, she tried Duffy's Pure Malt Whiskey and has been entirely cured." 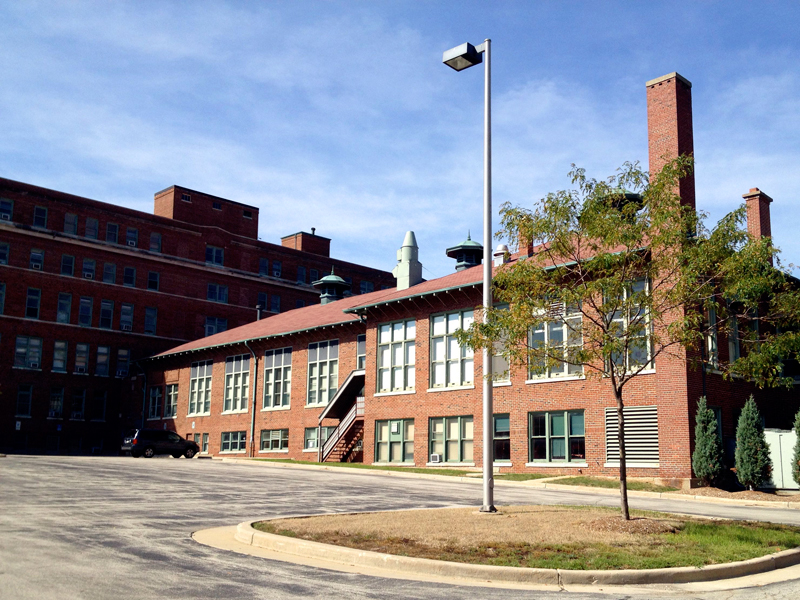 The Kern Park sanitarium operated from 1910 to late 1915, when the Muirdale Tuberculosis Sanatorium (pictured above) opened at the Milwaukee County Grounds. Some patients remained at Muirdale for years. It wasn't until after World War II that effective treatments for tuberculous became widespread.

Carl Swanson Special to OnMilwaukee.com @MilwaukeeNote
Carl Swanson is a magazine editor and also blogs about his adopted hometown of Milwaukee. He has worked in the publishing industry for more than 25 years. He lives in Milwaukee's Riverwest neighborhood with his wife, three children and two cats.