Two sides of the Wisconsin Dells

On a recent trip to the (seemingly self-proclaimed) Waterpark Capital of the World, I got two views of the Wisconsin Dells. One was exactly the one you might expect, but the other was anything but.

WISCONSIN DELLS – We’ve all been to the Dells – likely multiple times – and we know what to expect. Or do we?

On a recent trip to the (seemingly self-proclaimed) Waterpark Capital of the World, I got two views of the Wisconsin Dells. One was exactly the one you might expect, but the other was anything but.

The familiar, but surprising

Offering the classic Dells experience – and one on steroids – was a visit to Kalahari Resort, which you can’t miss as you approach the Dells on Interstate 90. It is a sprawling complex on your right, beckoning with a colorful spaghetti of waterslides.

Unless you’ve been asleep for the past few decades, you’ve certainly heard of Kalahari, and I did, but I had no idea just how massive the place is. Nor did I realize that you could likely live there for a few weeks and never see it all. 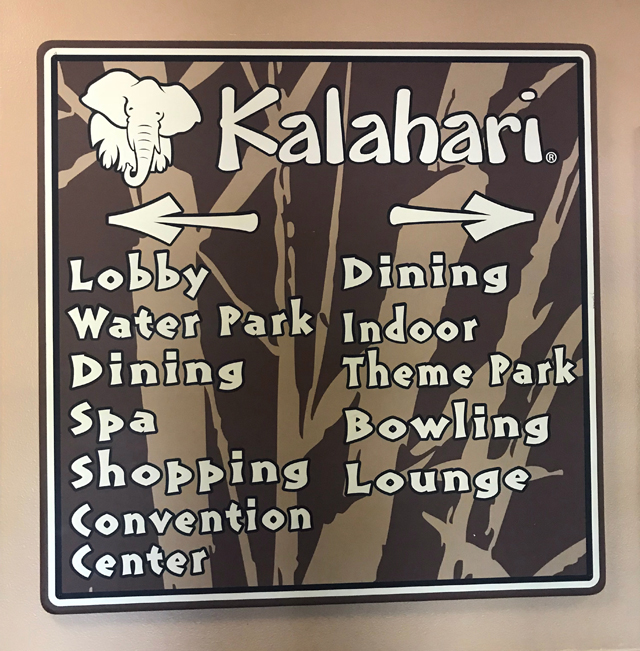 There’s an indoor waterpark and an outdoor one, as well as an indoor theme park with rides (the kids and I loved the go-karts, the ropes course, the climbing wall and the Ferris wheel) and an arcade (with laser tag, miniature golf and virtual reality, too). There’s a bowling alley and, beyond that, an AMC cinema complex. 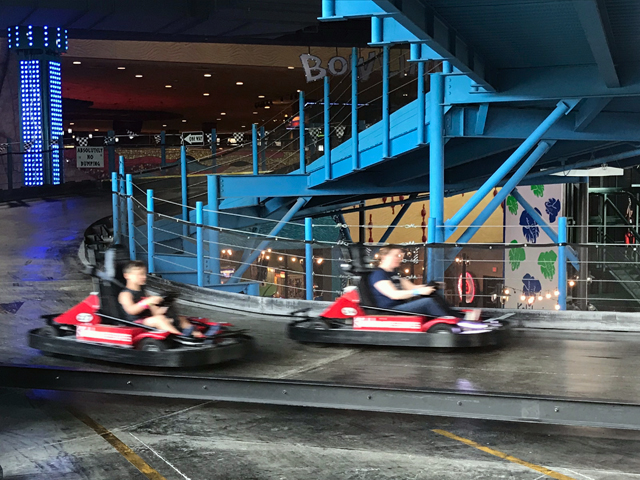 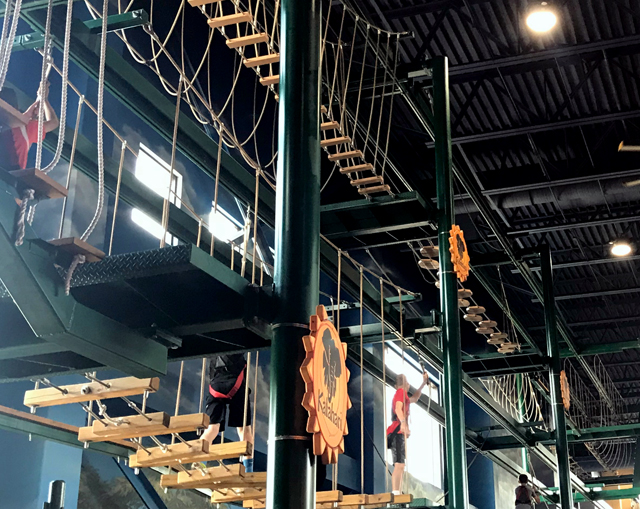 There’s shopping, restaurants, a spa, a gym, a convention center that’s currently growing, and a ton of hotel rooms, villas and suites. We had one of the latter, which offered us this tantalizing view before we could switch on the lights upon entering. 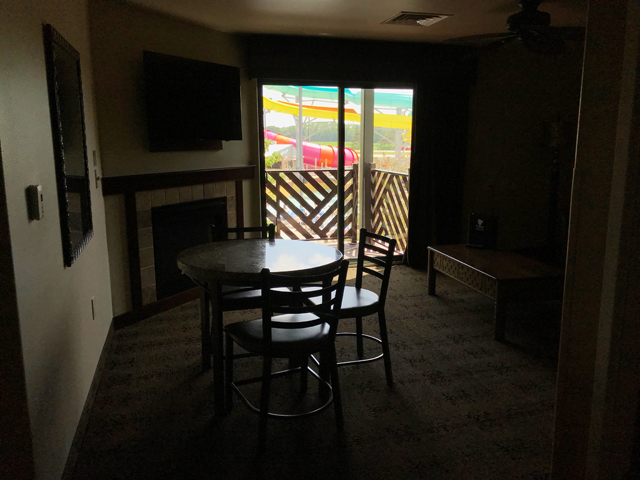 The rooms are pleasantly understated, decorated in earth tones, which is a refreshing approach after visiting waterpark lodgings that appear to have been decorated by the folks who paint daycares and kindergartens. The towel folded into a little elephant – which carries on the African wildlife theme that is expressed throughout the resort – drew oohs and aahs from kids and adults alike.

Ours had two bedrooms, a bath and a half and a balcony overlooking the outdoor waterpark, as well as a sink, microwave, mini fridge and coffee maker. But we didn’t spend much awake time there. 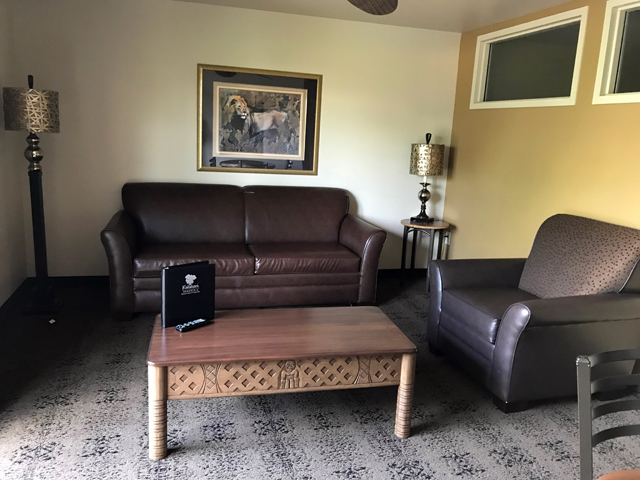 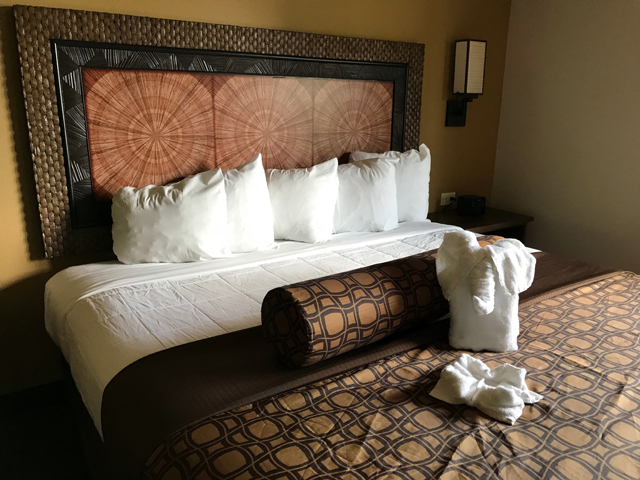 Instead, after exploring the indoor theme park, we splashed around the indoor water park for a few hours. Because it was 95 and sunny outside, most guests were basking in the sun, leaving those of us who stayed inside free run of the huge indoor park.

There’s everything you’d expect: a wave pool, a lazy river, a hot tub, a full complement of water slides. But there’s also a swim-up bar and a high-speed surfing experience. My favorite was sitting beneath the waterfall in one of the hot tubs. 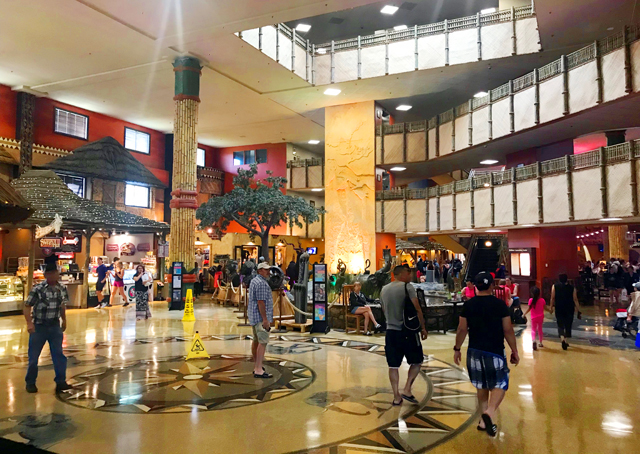 After a brief break to recharge and slather on the sunblock we then recreated our indoor experience outside, which has many of the same elements – slides, lazy river, etc. – with the addition of a big pool and a giant water fun structure topped, as is the norm, with a bucket that drenched those below every few minutes.

We departed Kalahari soaked with water and sunshine and vowing to return for more someday.

But, first, there's another side of the Dells experience. And it’s one that for which I had to wait a few years: I had a Frank Lloyd Wright-designed cottage all to myself.

Anyone can rent the Seth Peterson Cottage, located 60 feet above Mirror Lake in the eponymous state park near Lake Delton, just a few miles from the Downtown Dells. But the waiting list is long and, like me, you might have to wait a while for your number to be called.

But that wait – and the relatively dear price, $300 a night – will be worth it for the experience of a lifetime. 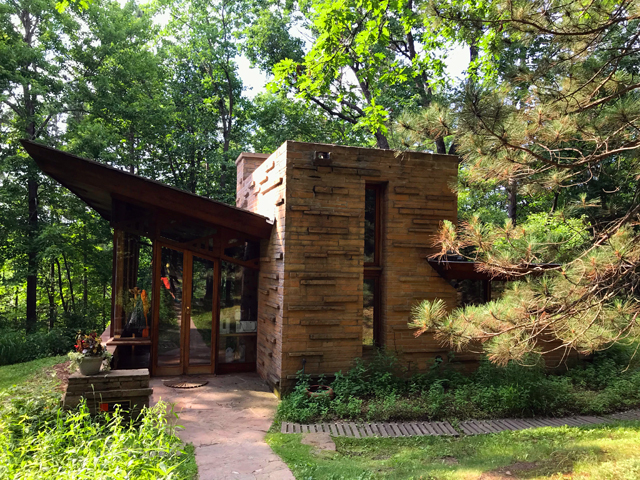 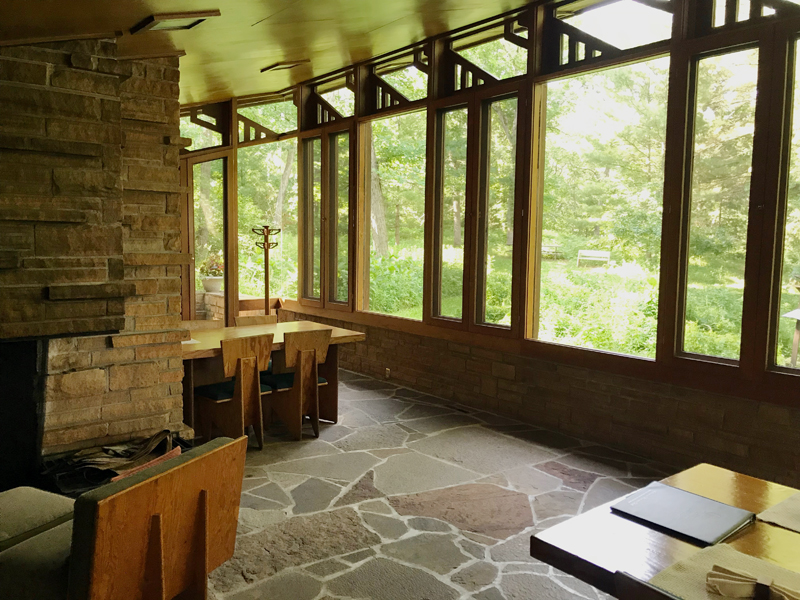 Seth Peterson grew up not far from Spring Green as a lifelong disciple of local legend, architect Frank Lloyd Wright. Though his attempts to get accepted into the architectural school at Wright’s Taliesin failed – as did his early tries at getting Wright to design him a home – he finally broke through when he sent Wright a $1,000 downpayment on a project and the architect cashed the check, forcing Wright to make good. 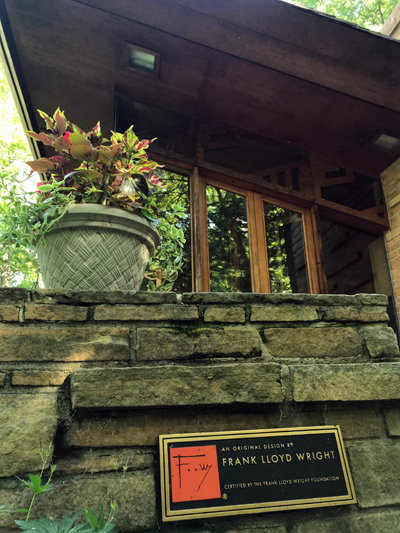 The result was the beautiful cottage you see now. It’s small, with one bedroom, one bathroom and a small kitchen wrapped around a large open dining and living room space centered on a stunning and weighty central hearth, all nestled beneath a dramatically sloping roof and lit by a full wall and a half or so of floor-to-ceiling windows.

Wright died just as construction began and, tragically, Peterson took his own life before the cottage was completed. A Milwaukee family bought it and finished it, holding on to it until 1966, when the DNR purchased it as part of the creation of the Mirror Lake State Park. But, the place fell into disrepair, nature eating away at the place behind the boarded-up windows.

In 1989, the Seth Peterson Cottage Conservancy was created and it worked to renovate and restore the cottage and make it available for rentals. So, now, folks like you and me can spend a little time inside a Wright building, and, in this case, do a little canoeing and hiking while we’re there. 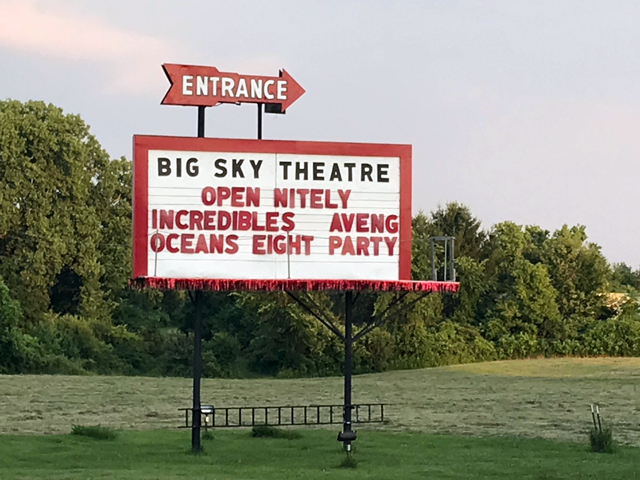 The kids and I also slipped in an Upper Dells boat tour, a ducks ride, shopping for fudge, a movie at the Big Sky Drive-In and breakfast at Paul Bunyan’s Cook Shanty during our cottage experience. 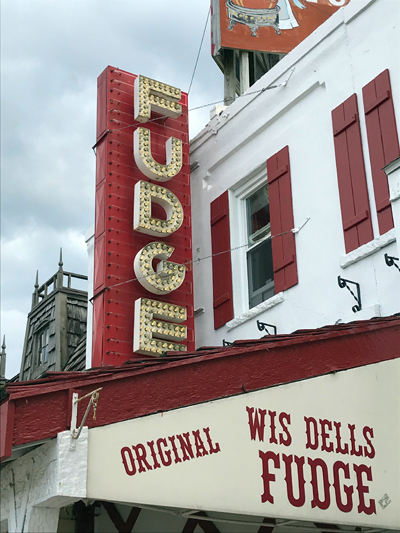 In addition to everything you need for your stay (towels, dishes, bedding, firewood), the secluded cottage is furnished with a stack of Wright-related reading, but I found the binder of articles about the cottage the most interesting reading.

At night, the kids tucked into bed, I sat next to the fireplace, reading the story of Seth Peterson, who, with his fiancee, would huddle next to the flaming hearth to keep warm while the cottage was being built. 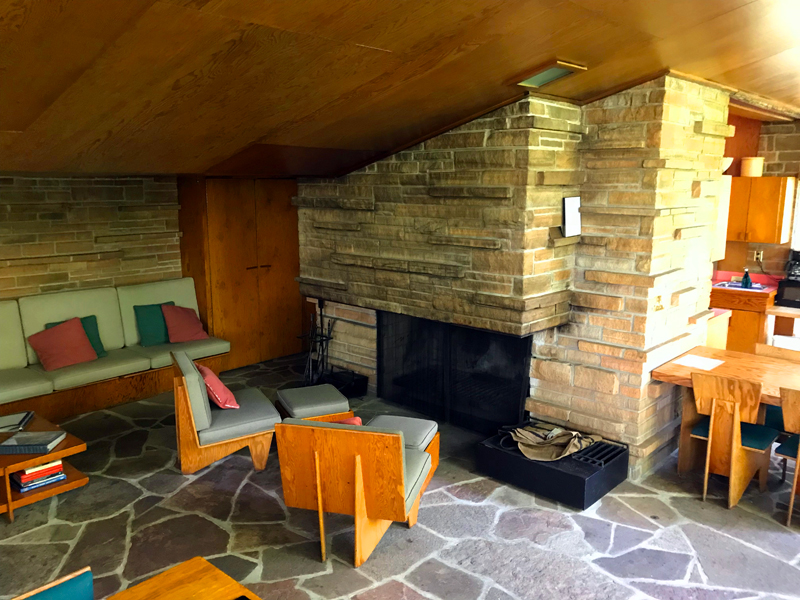 Soon, his girlfriend having left him and money causing him worry, he’d depart this world and leave this little architectural treasure behind, reminding us that sometimes the cost of such beauty is tragedy.

Full details about renting the cottage can be found here.