One of them dissected "Boy," the debut LP by a young Irish band called U2.

Samuels rated the LP 3.5 out of 5 stars, saying the youthful band – which Samuels noted comprised four boys 21 and under – had "precocity, fresh-faced brashness and originality." They also "boast lively harmonies and catchy guitar lines."

U2, he added, "shows talent and promise." But, he noted, as he shaved off stars, they "seem to lose sight of some of the ideas amid all the talk of shadows and following and general wandering about."

One thing Samuels neglected to mention – and that the paper failed to acknowledge in general – was the fact that Bono, The Edge, Larry Mullen Jr. and Adam Clayton made their Milwaukee debut two nights earlier – Wednesday, April 15 – at The Palms nightclub, 2616 W. State St., as part of their first American tour.

I visited the long-shuttered venue for an urban spelunking feature this week.

Interestingly? Coincidentally? The very next page of the Let’s Go section had a lengthy feature on The Tense Experts, a Milwaukee-based band of Rockford natives. Not noted in this article – which was surely a media coup for a local band – was the fact that they opened for U2 at The Palms two nights previous. 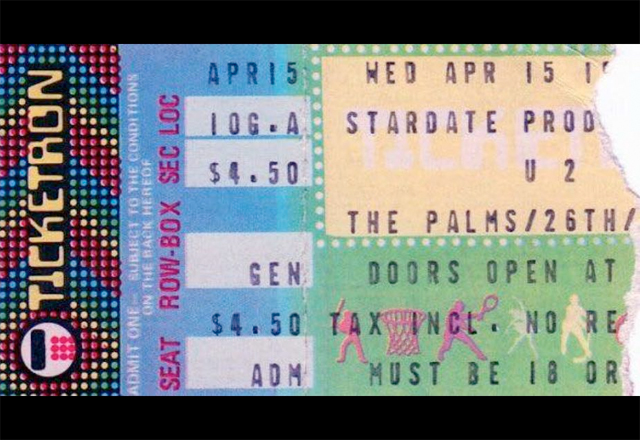 Across the alley, the Milwaukee Journal was a tad more up on the concert scene, perhaps, as it offered Divina Infusino’s brief review of the gig on April 16.

"The sound off The Palms nightclub stage Wednesday night collected the frayed edges of many types of music," she began. "The faded reflection of psychedelia, the emotionally outspoken attitude of punk, the melody and virtues of pop. None paused long enough to completely color U2's performance before a crowd of 500. Instead, the four-year-old quartet from Dublin entangled the loose musical threads into a liquid fabric of sound: one designed more from emotion than patterned musical styles."

Infusino noted that the show – "a disturbing, ruminant collage of emotion and sound" – lasted but 55 minutes and included "I Will Follow." She also noted that "Bono’s onstage pranks brought lightheartedness into the performance."

For other clues, we have to look at setlists from the band’s tour, of which this one, from April 12 at the Park West in Chicago, seems representative: 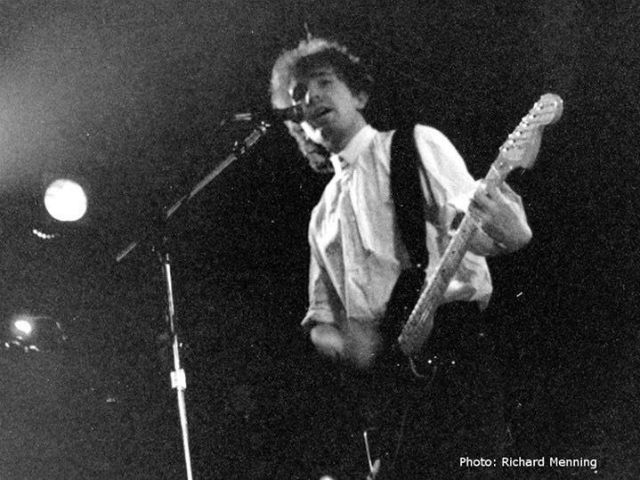 "Got to the show a couple hours early expecting to see a big line, but we were the only ones there. After a while, a guy with an Irish accent comes out and asks if I know what time it is. I told him and asked if he was with the band. It was their road manager. I mentioned that I worked at the Marquette University radio station. He said too bad we didn't get there earlier ‘the boys would have loved to do an interview.’ 30 years later and I'm still kicking myself. Although I remember few of the details, I do remember thinking that they had the potential to be superstars. I've rarely seen any band fire up an audience like they did."

The night before, U2 played Merlyn's in Madison. Milwaukee's Those X-Cleavers opened that show.

For more, and a little behind the scenes info, I asked three guys that I know for sure were there: Bobby Steele, Mike Ciaccio and Tommy Ciacco, three-quarters of The Tense Experts. Mike was 21 at the time and the others – including bassist Jerry Exline – were just 19.

"It was their first tour of the U.S.," says Steele. "They were so nice. I remember them being so close to each other, like a pack. A lot of the big acts that we opened for at The Palms, would make the opening band vacate the dressing room,before they would even come in. U2 didn't care. We all listened to much of the same music. They invited us to stay with them in Ireland.

"I do remember that they were so young, about our ages," remembers Tommy. "We exchanged numbers, with all the pleasantries, ‘great show!’, etc. Oh, and Steve Lillywhite (who produced "Boy") was doing their live sound."

While a persistent rumor around town says U2 bedded down at Casa Tense Experts, just a half-block from The Palms, Mike Ciacco says it’s a myth.

"No, I think they were on a hotel budget," he says, adding that other acts visiting The Palms did camp out at the band’s place, however.

"We kinda snubbed them because all we wanted to do was give Steve Lillywhite our cassette," Mike remembers.

"The next night we opened for Joan Jett," says Tommy.

"We all dressed the same," adds Mike. "The Edge was better than me, but I kept more hair ... so I've got that going for me."