Finding bits of Britain in the Windy City

When Paul Weller came to Chicago's Vic Theater last week I had to go. And, because Weller is so defined by Britishness, I decided to make the jaunt an English themed trip.

I loved the Fab Four so much as a kid, I became a full-on Anglophile. I had a copy of James Herriot’s "Yorkshire," and longed to visit the idyllic dales pictured there. When my grandmother took me to Bits of Britain in Bay View, I left with a central London map tea towel for my wall and a "British is Beautiful" bumper sticker for my guitar case.

And I longed for a Rickenbacker guitar like the ones John Lennon and George Harrison played.

By the time I reached junior high, Rickenbackers – and a shared love for John, Paul, George and Ringo – tied me to Paul Weller, then in The Jam. He’s been a musical milestone in my life ever since, and I’ve ridden his ups and downs through The Style Council and solo years.

So when Weller came to Chicago’s Vic Theater (surely named in honor of London's Old Vic) last week – he’s never been to Milwaukee; his sole Wisconsin appearance was with The Jam in Madison in 1977 – I had to go. 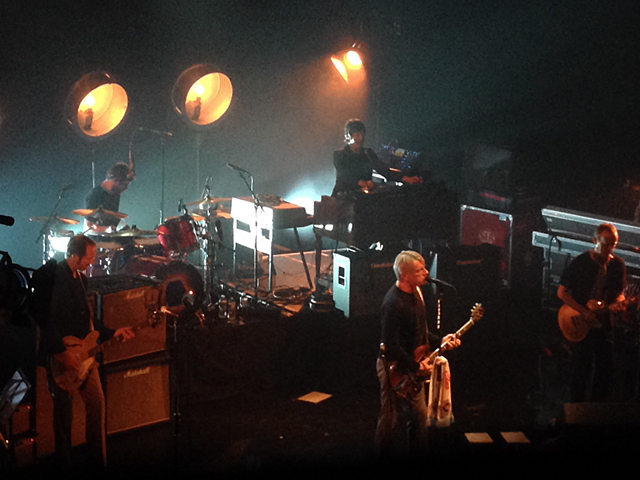 And, because Weller is so defined by Britishness, I decided to make it an English themed trip.

With Fred Perry and Ben Sherman shirts in my overnight bag and a new pair of Clark’s on my feet, I checked into The Langham Chicago, a Windy City sibling of the legendary London West End hotel. 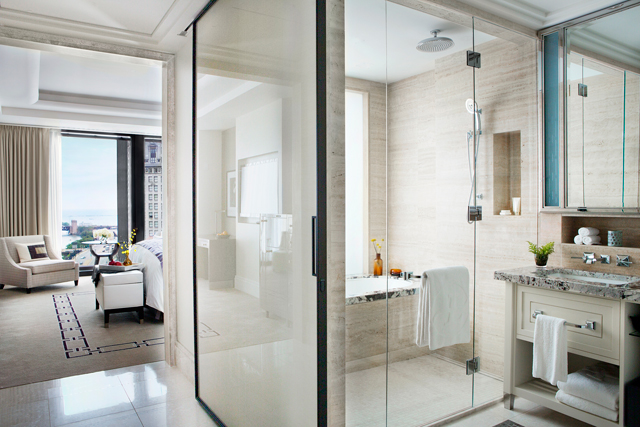 The hotel’s king room is spacious and bright with clean lines, a bath and vanity area worthy of royalty and great views of the Chicago River – even out to Lake Michigan – and the mix of vintage and sparkling new skyscrapers that line it, including the Trump International Hotel and Tower just next door.

There’s a full-service spa with a gorgeous pool that reflects the twinkling starlight in the atmospheric ceiling, and best of all, there is an elaborate daily tea service in the Pavilion.

Or you could enjoy a more casual cuppa in the 13th floor (er, I mean 12C) club lounge that is nearly indescribable. Part living room, part dining room, part gourmet restaurant, the club offers panoramic views of the city, buffets at breakfast and at happy hour, snacks throughout the day, cocktails in the evening ... it’s the kind of place that, after spending a day, you might just want to move in and stay forever. 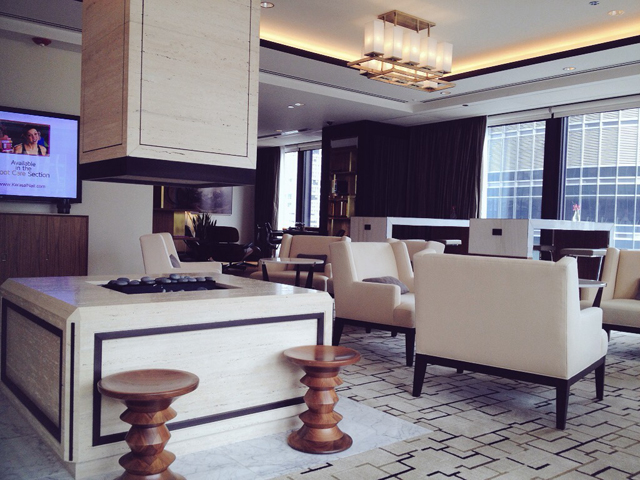 Somehow, we managed to tear ourselves away to see Weller at The Vic, riding the Tube – I mean the El – both ways. While he focused, as expected, on his solo material, and especially songs from his new record, "Saturns Pattern," he also nodded to fans of The Jam by playing a rousing version of "Town Called Malice" in the encore.

Afterward, we made a stop at a newly reopened English pub on Lincoln Avenue, across the street from the dearly departed Wax Trax Records, where I used to trek a few times a year to stock up on British imports. 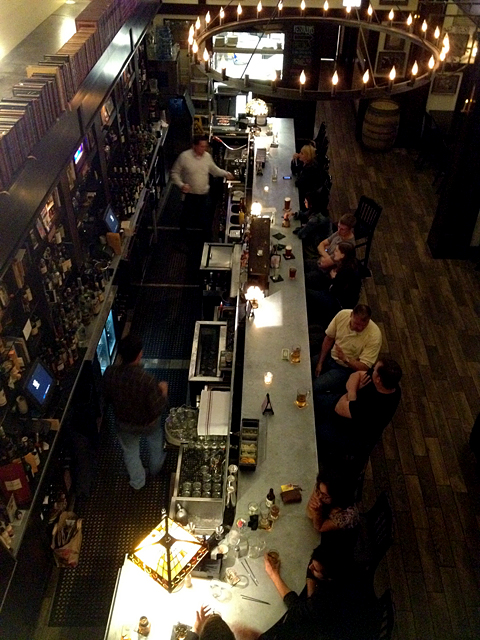 The Red Lion long occupied the 1881 building that used to stand on the site at 2446 N. Lincoln Ave., just north of Fullerton, but it closed in the 1990s. After working for other publicans in the interim, owner Colin Cordwell rebuilt the building and the new lion roared open last summer.

A year earlier, we met Cordwell when he was tending bar at The Glunz Tavern, wowing clientele with his encyclopedic knowledge of film in rapid-fire utterances peppered with his sardonic wit.

The two-level place feels soaringly open – thanks to the two-story, atrium-like space – and yet intimate (thanks to a warming fireplace and some nookish banquettes – at the same time.

Food is served, including a brunch on Sunday and specialities like bangers and mash, Welsh rarebit and a three-cheese toastie, but the wide variety of beer and Cordwell’s distinctive personality are the real draw.

As I nursed a couple late-night Wednesday ales, my eyes attempted to drink in the explosion of U.K. themed items decorating the place – which is also lined with an astonishing array of hardcover books about Britain.

Just above the bar, toward the back, I saw their faces smiling down upon me: John, Paul, George and Ringo.